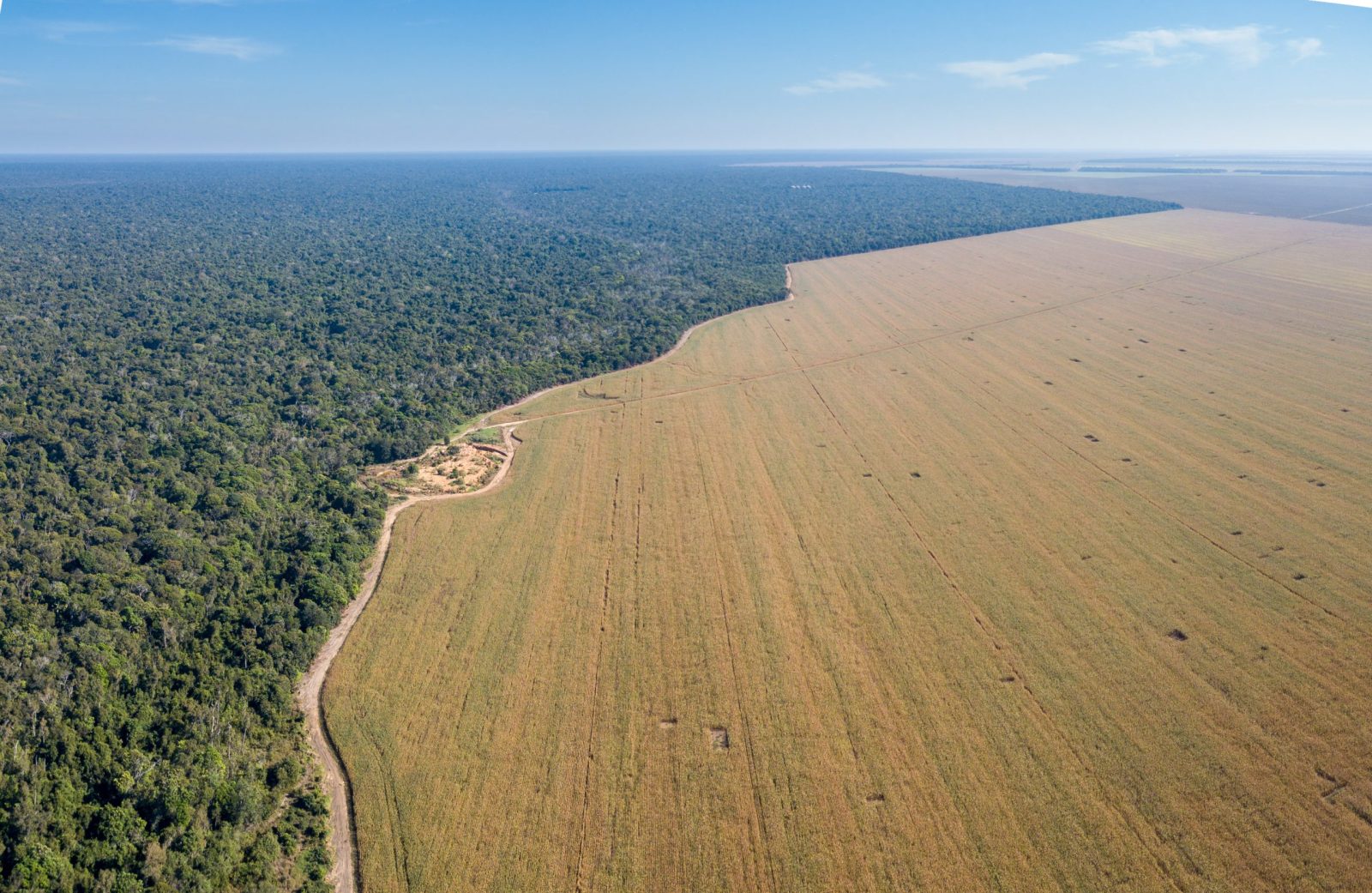 Reports published by Friends of the Earth U.S. and The Network for Social Justice and Human Rights in Brazil exposed Bunge Limited, an American agribusiness, and food company. Bunge Limited is one of the world’s largest agribusiness companies and they continue to lead in deforestation and land grabs in Brazil, despite tremendous pressure from investors to adopt sustainable practices.

One report, Red Handed Deforestation and Bunge’s Silent Conquest: How Land-Grabbers and Soy Speculators Enable the Destruction of Brazil Cerrado, focuses on a recent case in Piauí State, Brazil, where 2,000 hectares of illegal deforestation occurred. The report says that Bunge’s near-monopoly on soy production enables deforestation and illegal land grabbing in the region.

The report was released with the second piece of research titled, Industrial Soy Expansion in Brazil Financialization, Deforestation and Dispossession in the Birthplace of Waters. The report shows how the expansion of these damaging soy plantations is connected to land speculation when what was once local farmland was turned into a financial asset by these giant multinational companies.

Soy is an incredibly damaging crop. Industrial soybeans require a large amount of acid-neutralizing lime, according to Small Footprint Family. Soy also requires synthetic fertilizers, pesticides, and herbicides, all of which can contaminate forests, leak into waterways, and kill off wildlife. Soy production disrupts the lives of people and animals who were there long before, including indigenous tribes and native species.

Although people may think of tofu, soy sauce, or other soy products when thinking about soybeans, nearly 80 percent of the world’s soybean crop is fed to livestock that we grow for food.

The Cerrado is a vast, forested savannah that covers nearly a quarter of Brazil’s land area. To put this into perspective, it’s about the size of England, France, Germany, Italy, and Spain combined, according to the WWF. Over half of Cerrado’s 100 million hectares of the native landscape are now being used for livestock and soybean farming.

Over the last five years, 76 percent of the agriculture expansion in the Cerrado has happened in areas that were formerly considered to be unique native vegetation. These areas are now struggling from the industrial monoculture soy plantations that are taking over the area.

“Our research shows the link between financial speculation with farmland and deforestation by agribusiness corporations in the Cerrado, with devastating impacts on local communities and on biodiversity,” said Fábio Pitta of the Network for Social Justice and Human Rights in Brazil, one of the report’s authors. “Indigenous, Afro-Brazilian and peasant communities denounce violence and environmental destruction caused by agribusiness and organize to protect their land and ecological food production for future generations.”

The reports were joined with briefs for investors of Bunge and ADM shareholders to support the campaign to move Bunge towards sustainable practices before its annual shareholder meeting on May 12, 2022. In 2021, 98 percent of the shareholders voted that the company needed to improve its record of deforestation, however, the company continues to fall short.

“Bunge’s operations in the Cerrado continue to threaten critical ecosystems and undermine fundamental human rights, despite the urging of 98% of its shareholders,” said Jeff Conant, Senior International Forest Program Manager at Friends of the Earth U.S. “There is no question about where Bunge stands – until it is forced to respect human rights and native ecosystems, this agribusiness giant will continue destroying everything in its path.”

Their current commitment is to end deforestation in soy supply chains by 2025, while the investors called for them to stop sourcing land in the Cerrado after 2020. Many believe that the company is lagging behind these commitments to deforest as much land as possible before 2025. This is unacceptable, and we need to end illegal deforestation. This land is being used for livestock farming and growing food for the animals. The best thing we can do is stand up to these companies and reduce our meat consumption!

Meat consumption leading to habitat exploitation is one of the main drivers of Amazon deforestation. Shifting to a more plant-based diet and curbing meat consumption can tremendously help the planet, The United Nation recently released a report warning countries about the dangers of climate change and has urged people to eat more plant-based as a way to curb it. We highly recommend downloading the Food Monster App – with over 15,000 delicious recipes it is the largest plant-based, vegan-friendly recipe resource to help reduce your environmental footprint, save animals and get healthy! And, while you are at it, we encourage you to also learn about the environmental and health benefits of a plant-based diet.

Read more One Green Planet news about the amazon, including the Pope’s plea to help the amazon, why it’s important to stop deforestation, how companies are exploiting the area, and indigenous tribes’ visit to Europe to discuss the situation.