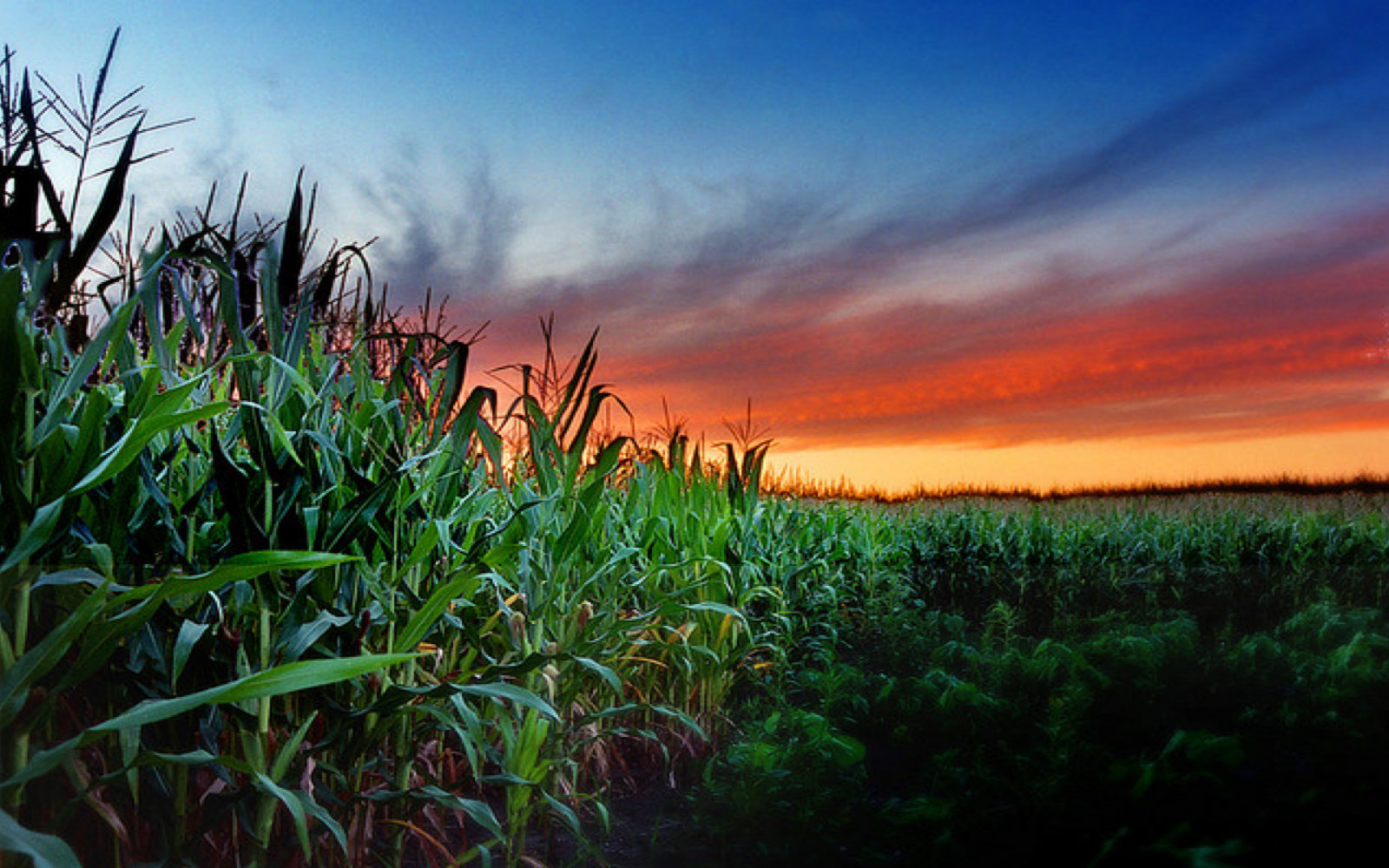 The future of our food is not looking so hot thanks to the prevalence of monoculture agriculture. What is a monoculture you ask? Simply put a monoculture is a single crop repeatedly grown on the same land. Major crops that are grown as a monoculture are usually grains (i.e. corn, wheat or rice), forage (alfalfa or clover), or fiber (cotton).  The combined cropland in the United States covers a whopping 253.7 million acres!

These crops are called commodity crops because, while they might seem like their usage is pretty straightforward, they are used in a number of goods and products – how many times do you read soy, corn, or wheat when walking through a grocery store? To ensure the optimal yields of these crops, companies have manufactured special strains of these crops and special fertilizers and pesticides. Due to the technological advances from perfecting monocultures, crops are able to grow in scenarios where naturally they would have struggled.

But theoretically, shouldn’t more crops mean more food for everyone? What’s the big problem with monocultures? Let’s explore why we all should be concerned about this practice.

Where are These Grains Going?

You’ll notice how some food staples are on the list:  corn, soybeans, wheat, and rice. These crops are not mostly going into our human stomachs though; instead, the majority of these grains are used to feed the huge amount of livestock being raised.  For example, only 12 percent of the corn grown in the United States is used to feed people.  You read that correctly – only 12 percent!

The demand for meat is so intense that it has been a driving factor to use monoculture crops so enough feed could be produced for livestock. In fact, at least 40 percent of the world’s grain goes towards livestock. More specifically, nearly 47 percent of soybeans and 60 percent of corn grown in the United States go to the bellies of livestock instead of hungry people in the United States (and around the world).  As a result of this practice, these grain food sources are at risk, and the environment is suffering as well.

So why are these food sources at risk in addition to the harm being done to the environment? Well, to start, when one crop is planted repeatedly on the same land, certain nutrients become depleted from the soil due to the crop’s specific nutrient demand.

In fact, the Earth’s soil is depleting at more than 13 percent the rate at which it can be replaced. which is scary because “Over 90 percent of the crop varieties grown 100 years ago are estimated to be already gone forever.” This time frame corresponds roughly to the beginning of monoculture farming, which is dated back to 1901.

Instead of rotating different crops to naturally restore the nutrients and vitamins that are found in the soil, monoculture farming causes the same nutrients to diminish from the ground. Nitrogen is a key nutrient in crop growth. Plants, like soy, are able to “fix” nitrogen from the air back into the soil, where a crop like corn cannot. If you do not rotate between nitrogen-fixing plants and non-nitrogen-fixing plants, the soil will be depleted of this vital nutrient.

In order to continue planting a single crop on the same land, these nutrients must be replaced some way which created the need to apply various chemical fertilizers. In addition, these monoculture lands attract weeds and insects, which favor a certain type of plant. If there were a variety of crops in one field, bugs and weeds might not be so inclined to go near the crops they did not like. However, acres and acres of their crop of choice spells for disaster. For this reason, herbicides and pesticides are often used on top of these fertilizers. Many weeds have become resistant to these herbicides after years of application, creating “superweeds,”  which lead to the use of more and more lethal herbicides.

Risk to Humans and Animals

Soil that is nutrient deficient can be dry and susceptible to erosion. In turn, runoff pollution is very prevalent in waterways near monoculture fields. Remember all the herbicides and pesticides we needed to protect these monocultures? Well, they go wherever the run-off water goes.

Not only do these chemicals kill the aquatic life in these water systems (poor fish!), but also can harm the other wildlife in the area. One particular insect suffering as a consequence of monoculture is the bee. Often bees and other insects are susceptible to the neurotoxins in the pesticides that are used on monoculture crops. In the case of bees, pesticides have been named as the number one cause of bee colony collapse. There go our crucial pollinators!

Humans are at risk of the negative impacts of monocultures as well! People living near pesticide-laden fields could be drinking nitrate polluted water from their wells. In the U.S., it is estimated that around  58 percent of the drinking water wells contain nitrate levels of 2 mg/L or above. Children in these areas have been shown to develop methemoglobinemia and adults have an increased chance of developing gastric, bladder, and esophageal cancers. Yeah, thought that might not sit well with you. Cancer? No thanks.

The answer is plenty! Spreading awareness and following these steps listed below can help turn our crop system around:

Let’s save our food together!