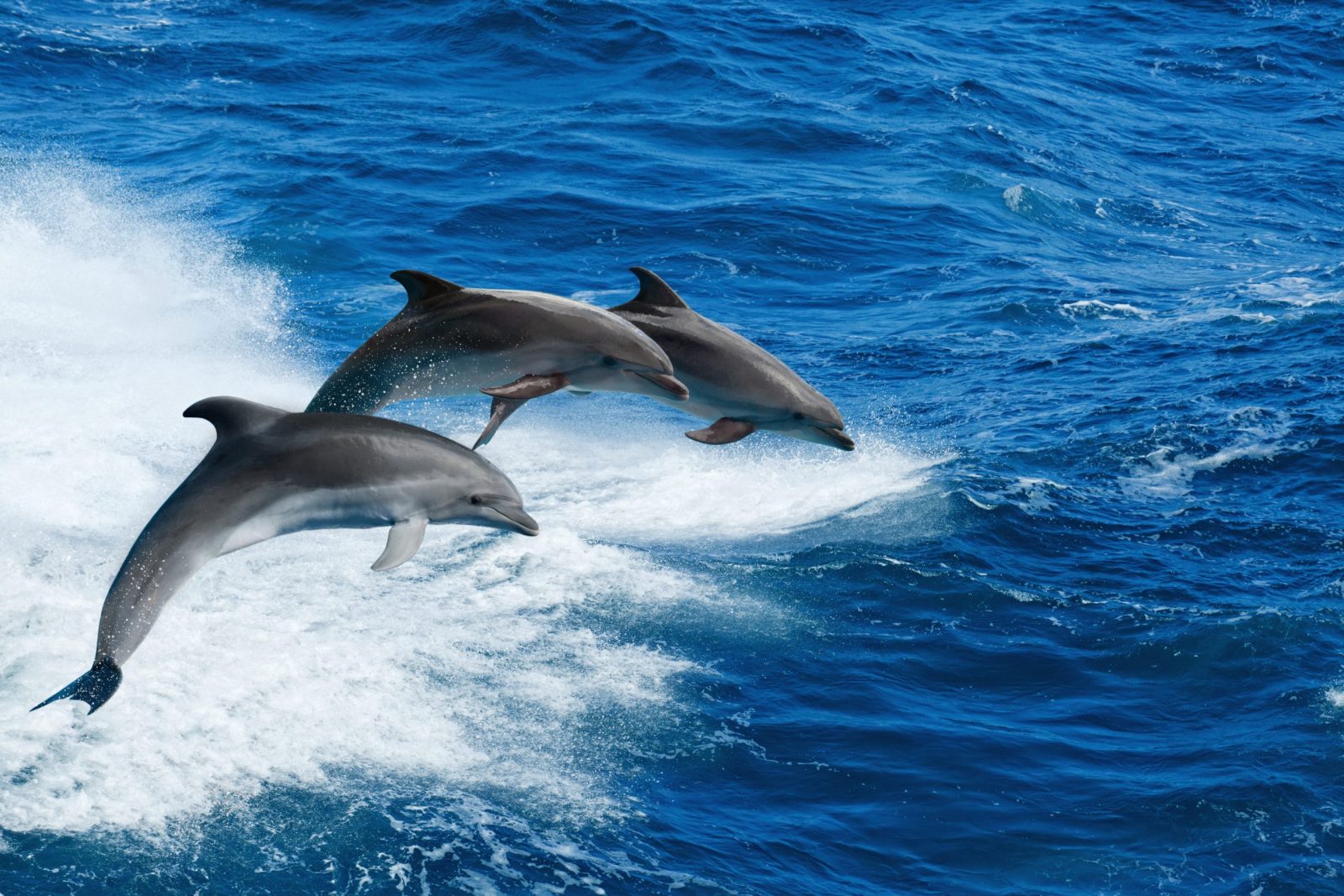 Three bottlenose dolphins were rescued from a confined amusement park and now have been released back into the ocean to live out the rest of their days swimming free.

The three dolphins, Johnny, Rocky, and Rambo were rescued from an abusement park resort hotel. Before this, the poor dolphins were forced to perform in a traveling circus. Finally, thanks to an Indonesian sanctuary, they were rescued and have spent the last three years recovering and regaining their health and strength.

Johnny, the oldest dolphin, had teeth that were worn down when he was rescued. To get him up to speed and ready for his release, dentists provided him with a dolphin tooth crown so that he will be able to eat live fish.

Last week, the underwater gates at the Bali sanctuary opened, and Johnny, Rocky, and Rambo swam free from their floating pen in the bay. When the gate opened, the dolphins looked at the opening and were not too sure about what to do. After about an hour, the dolphins were on their way out, jumping happily over the waves.

But before leaving, the dolphins circled the sanctuary one more time.

“They turned back around and came back to us one more time, almost to say thank you and goodbye. And then they headed straight out to open ocean and disappeared,” Lincoln O’Barry said.

“Where they head next, we don’t know. But we wish them a good long life.”

Lincoln O’Barry, who worked with the Indonesian government to set up the sanctuary is documenting the release with drones and underwater film. The dolphins will be monitored with GPS tracking for a year. They can return to the sanctuary to visit, but they are unsure if they will. It is possible they could join another pod, stay together, or all three go their separate ways.

The sanctuary will now be used for other captive dolphins to get them into a more natural habitat before finally setting them free.

Sadly, these animals are often taken from the wild and kept in captivity for entertainment, and they suffer immensely. In the wild, these highly social creatures stay close to and travel with their pods. In captivity, they are forced into man-made “pods.” This leads to aggression amongst tank members. This only adds to the depression and physical pain they experience from being trapped in pools far too small for creatures who would swim thousands of miles a day in the wild. In captivity, cetaceans become so depressed they self-mutilate and attempt suicide by trying to beach themselves. In terms of physical health, they don’t get anywhere near enough exercise, and they do not reach the life expectancy they would in the ocean, dying at much higher rates and younger ages.

Sign this petition demanding that the U.S. Congress end marine mammal captivity in the United States. And make sure to sign your local representatives asking them to introduce legislation that fights against the captivity and exploitation of whales and dolphins.