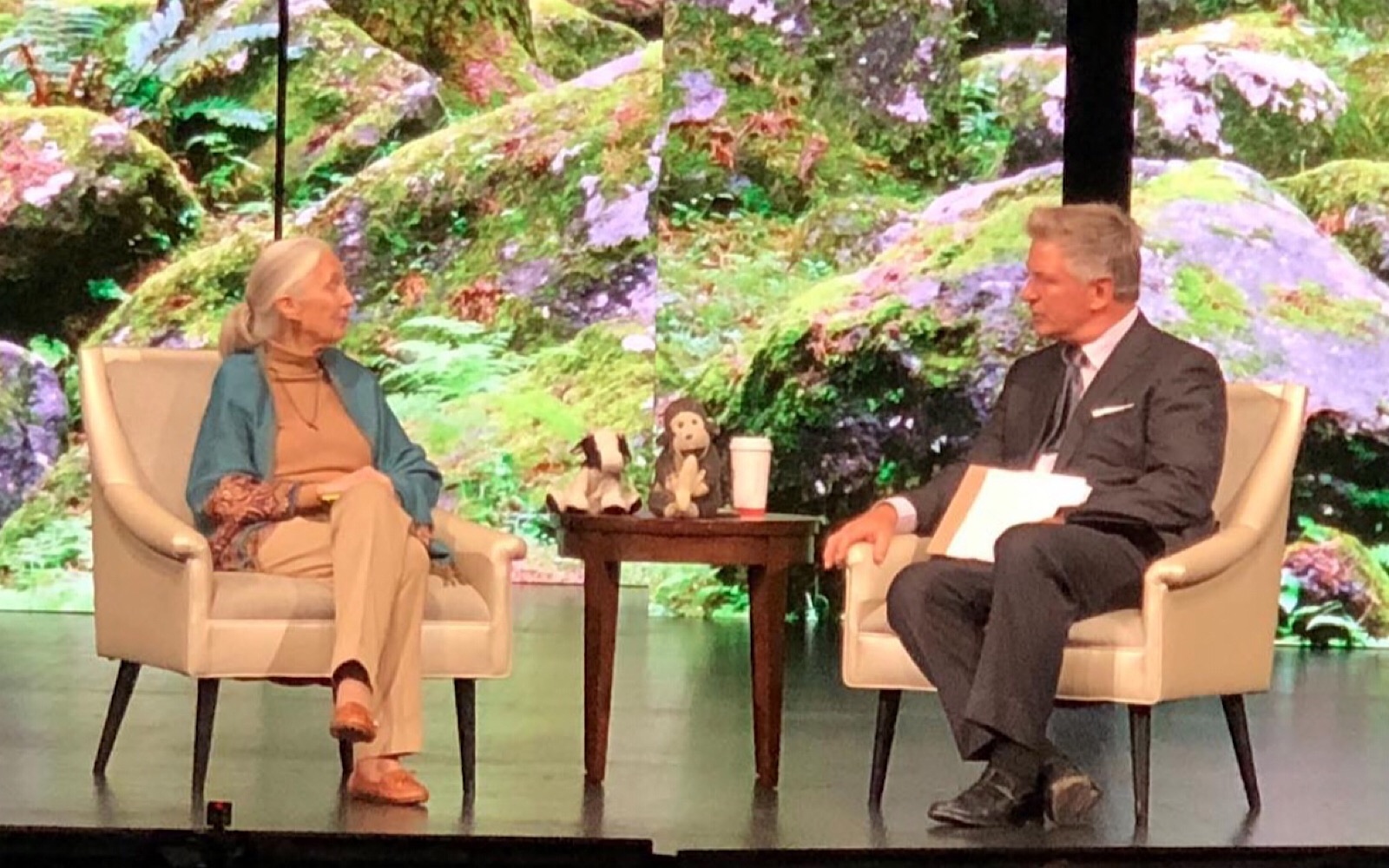 This year’s Global Climate Action Summit in San Francisco got pretty heated (no pun intended). Between California Governor Jerry Brown calling President Donald Trump a “liar, criminal, fool” and protestors rallying outside against fossil fuel extraction, despite the governor signing into law the state’s commitment to 100 percent clean energy by 2045 this week, the event was certainly not lacking in high emotion. But on a cooler note, actors Harrison Ford and Alec Baldwin and everyone’s favorite primatologist, Jane Goodall, were also present at the Summit, and Baldwin and Goodall sat down for a chat on the importance of plant-based diets in regards to forests and the fight against climate change.

And although a primatologist and an actor may seemingly have little in common, the two celebrities have one very important commonality — they are advocates for the environment and promote ditching meat for the sake of the planet. 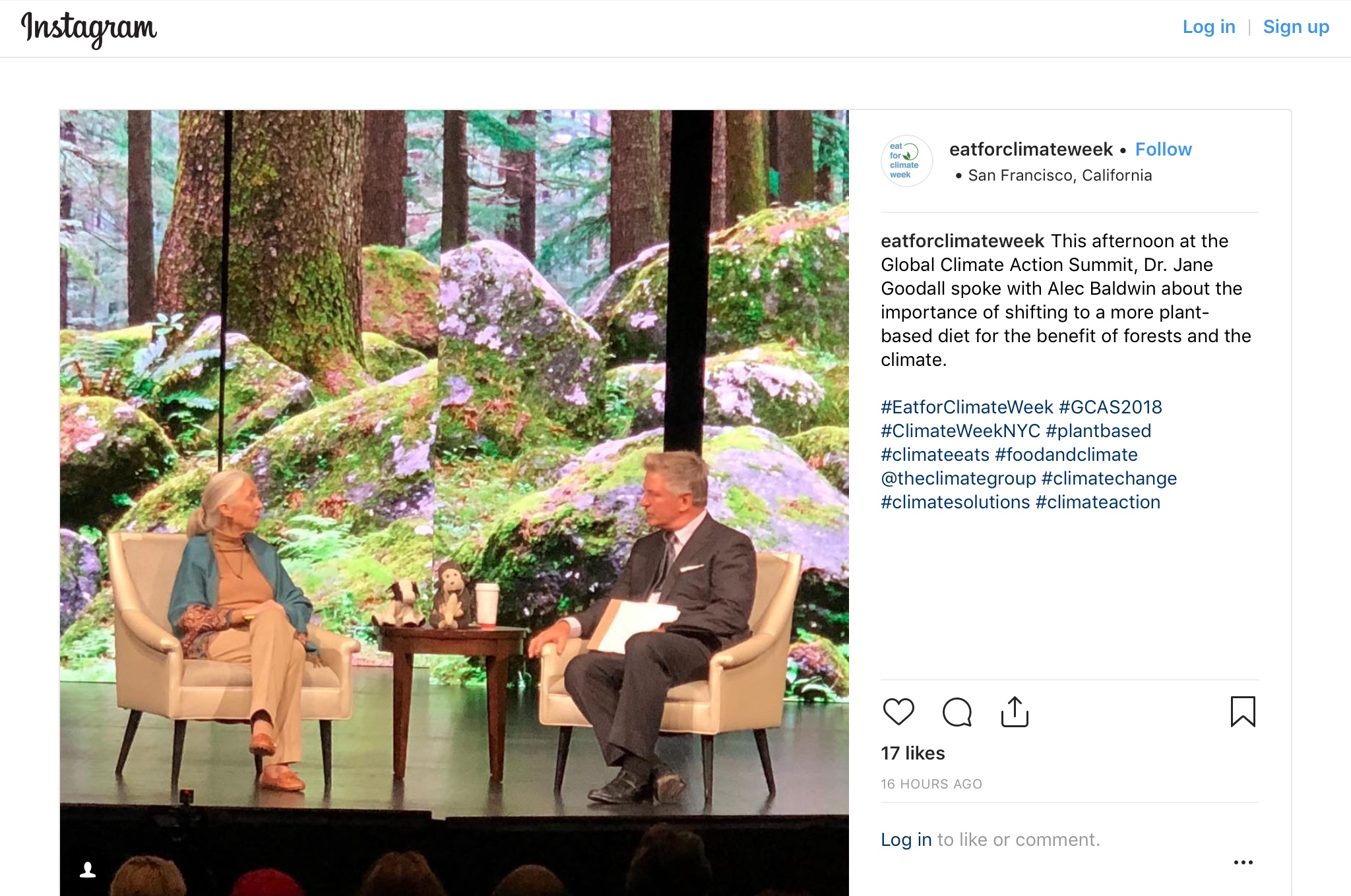 Goodall and Baldwin both ditch meat from their diets and credit environmental concerns as reasoning for it. And they are absolutely right that eliminating animal products from your life has a humongous positive effect on not only your health and the livelihood of animals, but on the environment and world as a whole as well.

Animal agriculture is a leading contributor to climate change, being responsible for more greenhouse gas emissions than the entire transportation sector (cars, planes, trains, etc.) combined. In fact, a recent study revealed that animal agriculture is more harmful to the environment than fossil fuel extractors like Shell and Exxon Mobil (so maybe those protestors at this year’s Summit should have been carrying anti-meat, egg, and dairy signs instead…). Going plant-based just for one year has the potential to cut your carbon footprint in HALF, while giving you a myriad of health benefits (vegan diets are free of cholesterol, antibiotics, etc. and chock-full of vitamins and nutrients) and saving the lives of so many innocent animals. If everyone adopted a plant-based diet, then yes, we could certainly meet the goals of the Paris Climate Agreement and keep our planet’s temperature from rising those two more dangerous degrees.

To learn more about the connections between our diets and the environment, be sure to check out the fact-filled, image-rich Eat for the Planet book!

And please remember to share this with your network as a reminder that going plant-based can literally help save the world!