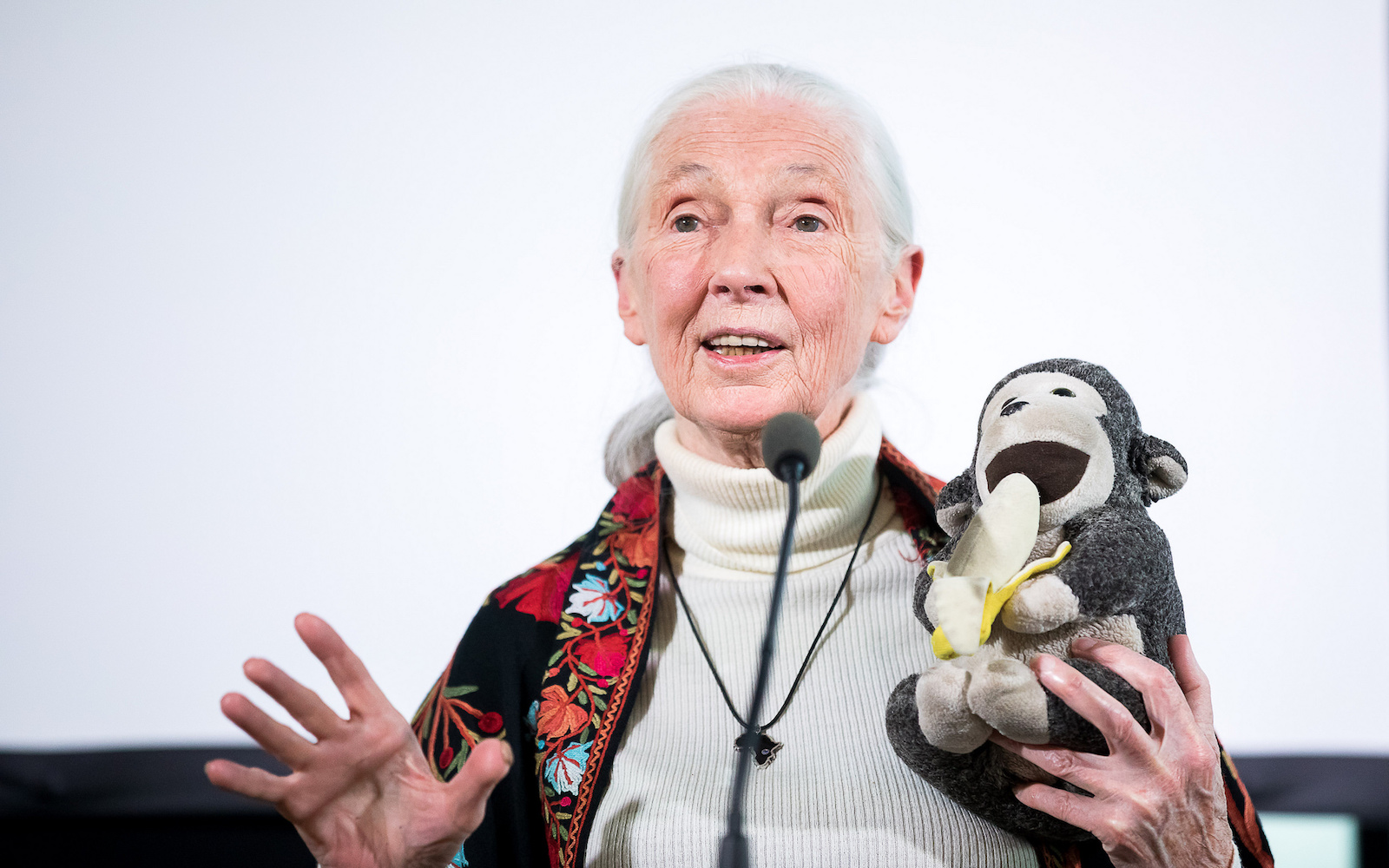 Dr. Jane Goodall, a world-renowned primatologist, and ethologist, has long been an advocate for animals everywhere. From demanding justice for abused monkeys to founding the Jane Goodall Institute, an organization which has become a world leader in the conservation of wild animals and their habitats, Jane has made it her life’s work to stand up for animals.

Considering her dedication to making the world a better place for all creatures, you probably won’t be surprised to learn that Jane chooses to follow a vegetarian diet. Since she began opting to leave meat off her plate almost five decades ago, Jane has spoken at length about what motivated her to make this change in hopes of inspiring others to follow suit.

Recently, she offered the world yet another insightful and concise message about the problems surrounding meat consumption on the “Jane Says” section of her namesake institute’s website. In the powerful article, she summarizes three major positive changes that would come if we all committed to eating less — or preferably no — meat:

These are just a few of the important factors Jane cites as influencing her to adopt and maintain a vegetarian diet. At the end of her article, she leaves us with the following piece of thought-provoking wisdom:

“I continue to ask people to consider what this choice really means on a moral and practical level for animals and the environment. It is the choice to change our individual lives, which will, in turn, have enormous benefits for all of humanity and all of the other living creatures we share our home with.”

We absolutely agree with Jane, and we feel the world would be a far better place if more people aligned their views and actions with hers. If you’re interested in learning more about transitioning to a healthy, sustainable plant-based diet as Jane did almost 50 years ago, check out the #EatForThePlanet book!