5 Health Risks of Consuming Meat (Even if It’s Organic) 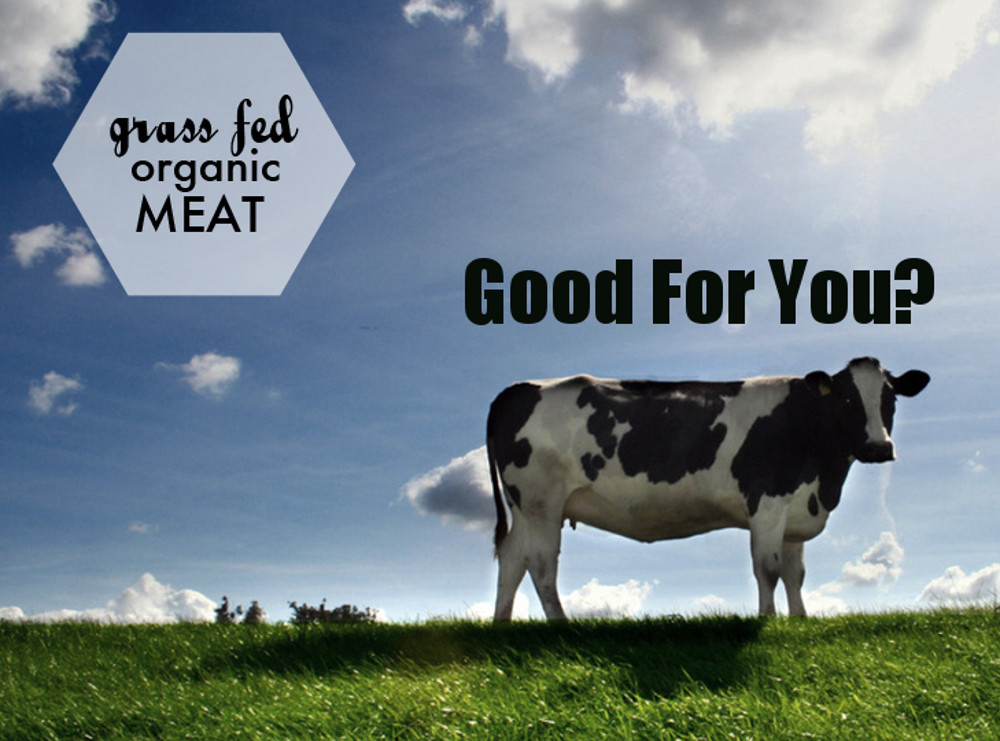 For many, giving up meat can be one of the hardest parts on the journey to becoming a more conscious eater. Yes, the benefits of giving up meat are pretty clear: we save the lives of animals, we help the environment, and, perhaps most importantly for some, we help our own bodies heal from the SAD (Standard American Diet) from the inside out; yet, it can still be tough to quit meat. And why wouldn’t it be, with meat-eating engrained in the very fabric of the United States cultural norm? Most every holiday is celebrated with family gathered around a ham, turkey, or slab of cow. Children grow up eating chicken nuggets in public schools by the ton. And we’re taught by most every mainstream magazine that a healthy meal usually involves a lean piece of meat to up our ever-important protein intake.

But then again, moving beyond childhood nostalgia and cultural norms that have led us to a society where more than one third of adults are considered to be obese, there’s the current state of the meat industry we should all consider: most meat in this country is factory-farmed, hormone-laden, and wholly not as nature ever intended it to be. And even when it’s “organic” – well, that ain’t all it’s cracked up to be either, Green Monsters; according to the Physician’s Committee for Responsible Medicine, “switching to organic meat does nothing to decrease the risk for the diseases that remain the biggest killers of Americans. Cholesterol, fat (especially saturated fat), and animal protein are the major culprits in meat that are associated with higher risks of heart disease, diabetes, and some cancers. They are also associated with the development of the many risk factors that lead to these diseases, including obesity and hypertension.”

The bottom line? Animal proteins, no matter how they’re processed, aren’t doing much for your health, my friends. Yes, that’s right: even the “free-range,” “cage-free,” and “grass-fed” meats (claims which all, on another note, mean very little at all) still carry the following health risks:

A study by the Harvard School of Public Health found that for “each 2-oz. serving of processed meat, including hot dogs, bacon, salami and other cold cuts, per day accounted for a 51% increase in diabetes risk” in its  participants. Yikes.

While it’s long been postulated that the high amounts of cholesterol and saturated fat in many meat products (especially red meat) are linked with heart disease, another component of meat consumption might lead to heart problems. The Harvard Health blog reports: “According to this work, published online in the journal Nature Medicine, eating red meat delivers L-carnitine to bacteria that live in the human gut. These bacteria digest L-carnitine and turn it into a compound called trimethylamine-N-oxide (TMAO). In studies in mice, TMAO has been shown to cause atherosclerosis, the disease process that leads to cholesterol-clogged arteries. We know that clogged coronary arteries can lead to heart attacks.” Just reading this almost gives us a heart attack!

The Physician’s Committee for Responsible Medicine (PCRM) reports that “Large studies in England and Germany showed that vegetarians were about 40 percent less likely to develop cancer compared to meat eaters.” In addition to animal proteins and saturated fats that are often linked to cancers, many cooked or processed meats contain carcinogenic compounds like heterocyclic amines (HCA) and polycyclic aromatic hydrocarbons (PAH). And let’s not even get started about those hormones: “the high fat content of meat and other animal products increases hormone production, thus increasing the risk of hormone-related cancers such as breast and prostate cancer,” PCRM reports. No thanks.

Meat has been found to be bad for those bones you need to stay solid as you age. Even though in the past we may have been told that meats make us hardy and strong, it’s been found that animal proteins actually increase calcium excretion and the risk of bone-related issues.

According to PCRM, despite reports of fecal contamination in USDA-regulated pig slaughterhouses, the organization recently moved forward with a plan to actually cut down on meat inspectors in its facilities. Similar issues are found in chicken processing facilities, “resulting in fewer inspectors examining a greater number of carcasses at faster speeds for visible fecal matter.” This fecal matter, which can be a haven for dangerous bacteria like listeria and E. coli, is often found left on the animal carcasses after processing. One inspector’s union representative explained to the Washington Post: “Tremendous amounts of fecal matter remain on the carcasses… Not small bits, but chunks.” Do we even need to comment here? Yuck.

Can we get a great big “um, no thank you!” to all of these risks? While it can be tough, removing meat – even the organic stuff which still harbors all of these same issues – from your diet is the only safe answer. If we all make small steps to do so, perhaps we can begin a new cultural norm of a truly healthier, more humane country.