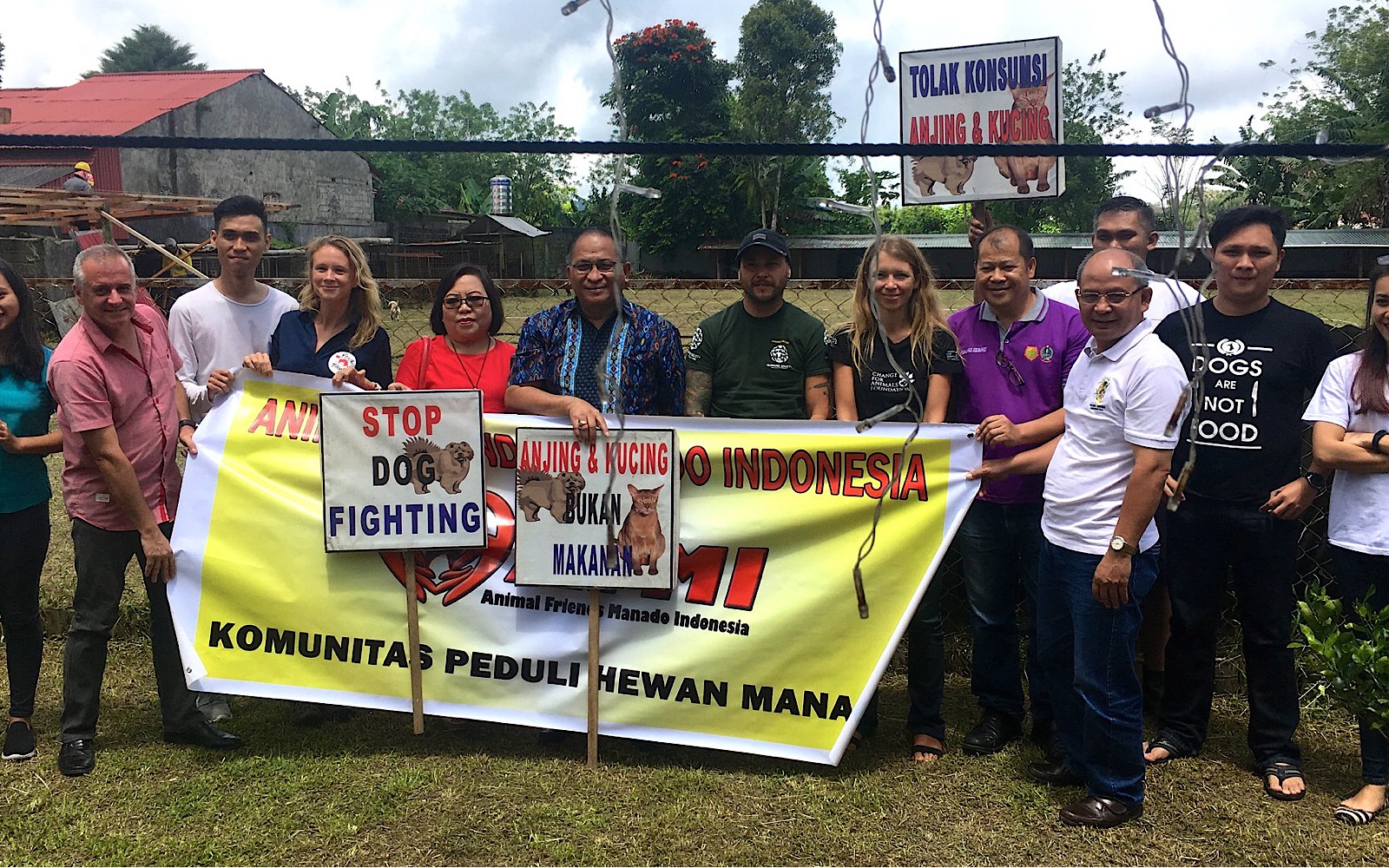 The dog meat trade outrages many people throughout the world, even those who regularly consume other animals. As humans’ best friends and closest allies, dogs are not typically viewed as a food source. Unfortunately, many of the dogs sold and butchered in the dog meat trade are stolen pets. Defenders of the trade often credit cultural custom, but consuming dog meat is going out of favor across Asia. In Indonesia in particular where the trade runs strong, 93 percent of the population disagree with the practice of eating dog meat. And now there is a huge breakthrough — the Indonesian city of Tomohon, where the dog meat trade runs rampant, has pledged to end their participation in the dog and cat meat trade!

Recently, Change For Animals Foundation, along with their partner groups from the Dog Meat Free Indonesia Coalition and Animal Friends Manado, were in Tomohon to discuss the dog and cat meat trade with government officials and urge immediate action to end it. Thankfully, their words were convincing and the city has agreed to commit to ending the trade with the organizations’ help!

The “extreme markets” in the North Sulawesi in Indonesia (where Tomohon is located) are especially notorious for their brutal treatment of dogs, cats, and other animals. Tied up in bags and crowded cages, animals witness others being bludgeoned to death and their skins blowtorched off, fearfully anticipating their own gruesome fate. In this region of Indonesia, rates of rabies infections are particularly high for both animals and humans, as the dog meat trade is highly unregulated. This pledge by Tomohon is a much-welcomed change that will save countless lives and significantly improve public health.

To learn more, donate to the cause, and find out how you can become involved in helping end the dog and cat meat trade, visit the Dog Meat Free Indonesia website here.

One of the greatest things you can do to help combat the dog and cat meat trade is by spreading awareness. Many people do not know these markets exist, so make sure you share this with your network to increase support for our world’s dogs and cats!