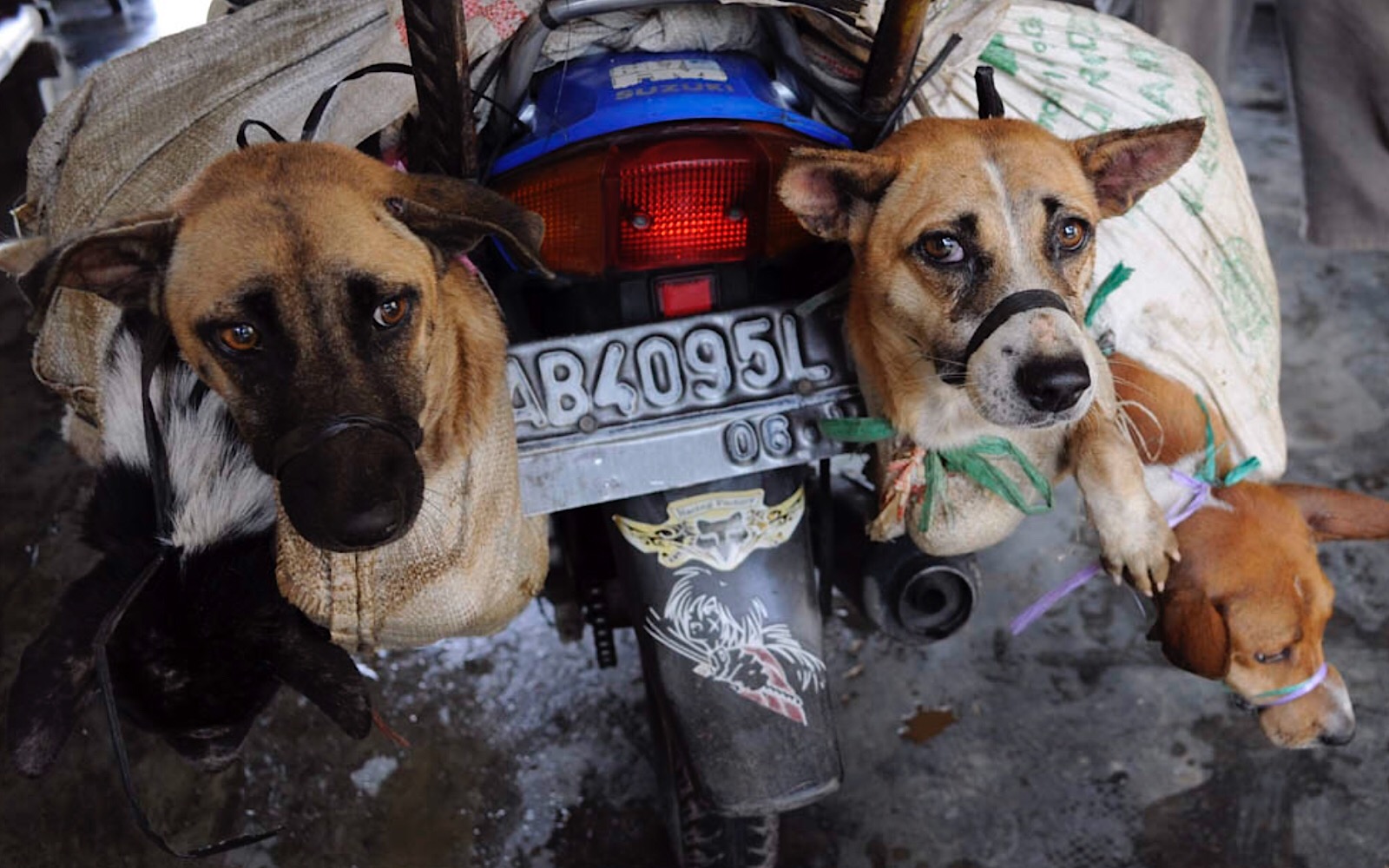 Although the abuse and senseless murder of all animals is inherently wrong, the butchering of dogs and cats in meat markets throughout Asia hits a major nerve with most people, even with those who consume other animals. As our closest, most loyal companions and best friends, dogs and cats have evolved into domesticated life alongside humans, and they are considered to be members of the family. The fact that millions are slaughtered each year in meat markets and during celebrations like at Yulin is upsetting to say the least, but to witness it firsthand is another thing.

Dog Meat-Free Indonesia is a coalition of animal welfare groups who are working relentlessly to end the dog and cat meat trade. With the help of a number of international celebrities, they have been able to spread awareness of the serious issue, but their firsthand accounts of these meat markets are perhaps what will make the greatest impact. 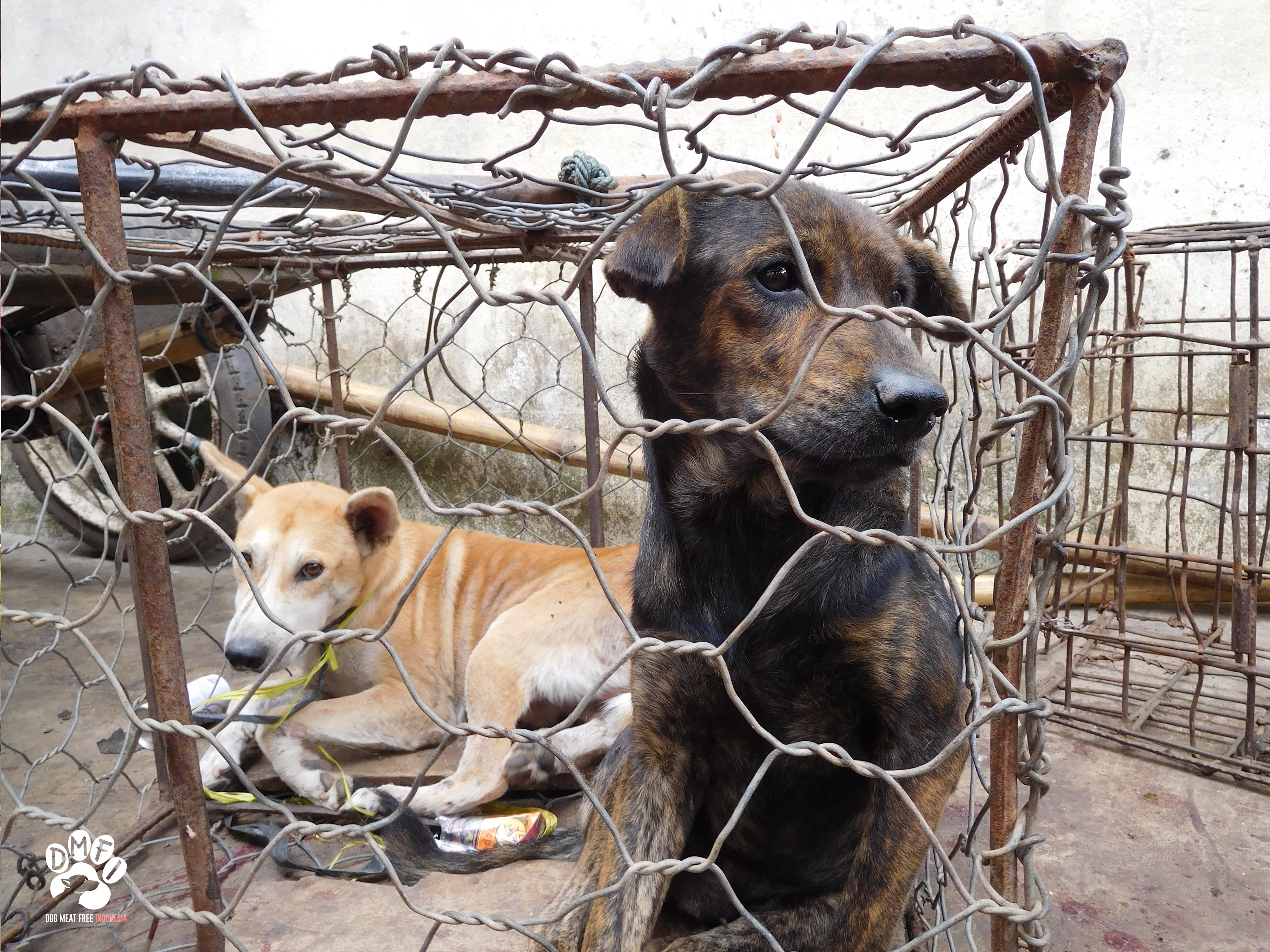 In an effort to reveal what really goes on in these markets, The Dog Meat-Free Indonesia coalition visited and filmed at two of the worst of Indonesia’s 200 live animal markets in North Sulawesi, Tomohon Extreme Market and Langowan Market.

“The animals we saw at the markets were terrified and often sick and injured, after surviving grueling journeys to market and rough handling by traders. It was like walking through hell,” said Lola Webber, Dog Meat-Free Indonesia campaign coordinator and Change For Animals Foundation founder. “They huddled together in cages, trembling with fear as they watched others being killed around them, waiting their turn. The sight of absolute terror in their eyes, the thumping of the club as they were bludgeoned, their screams of pain, and the smell of burning hair and flesh, were appalling and unforgettable.” 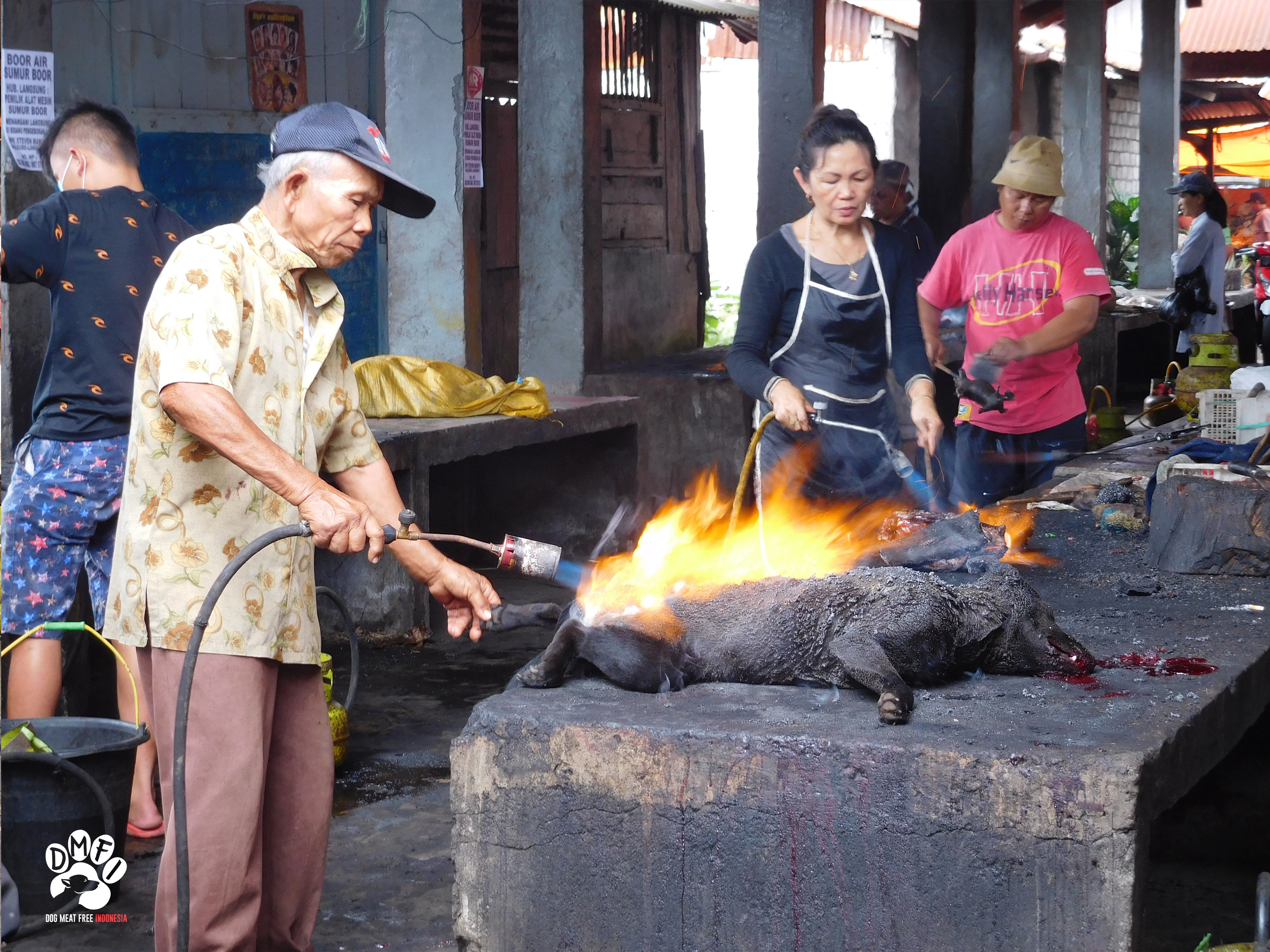 Defenders of the trade often blame tradition and culture, but only seven percent of Indonesians report consuming dog meat. Unlike other forms of animal agriculture, the dog meat trade is unique in that the animals are typically stolen pets or stray animals, with 90 percent of animals in Indonesia’s dog and cat meat trade being stolen. 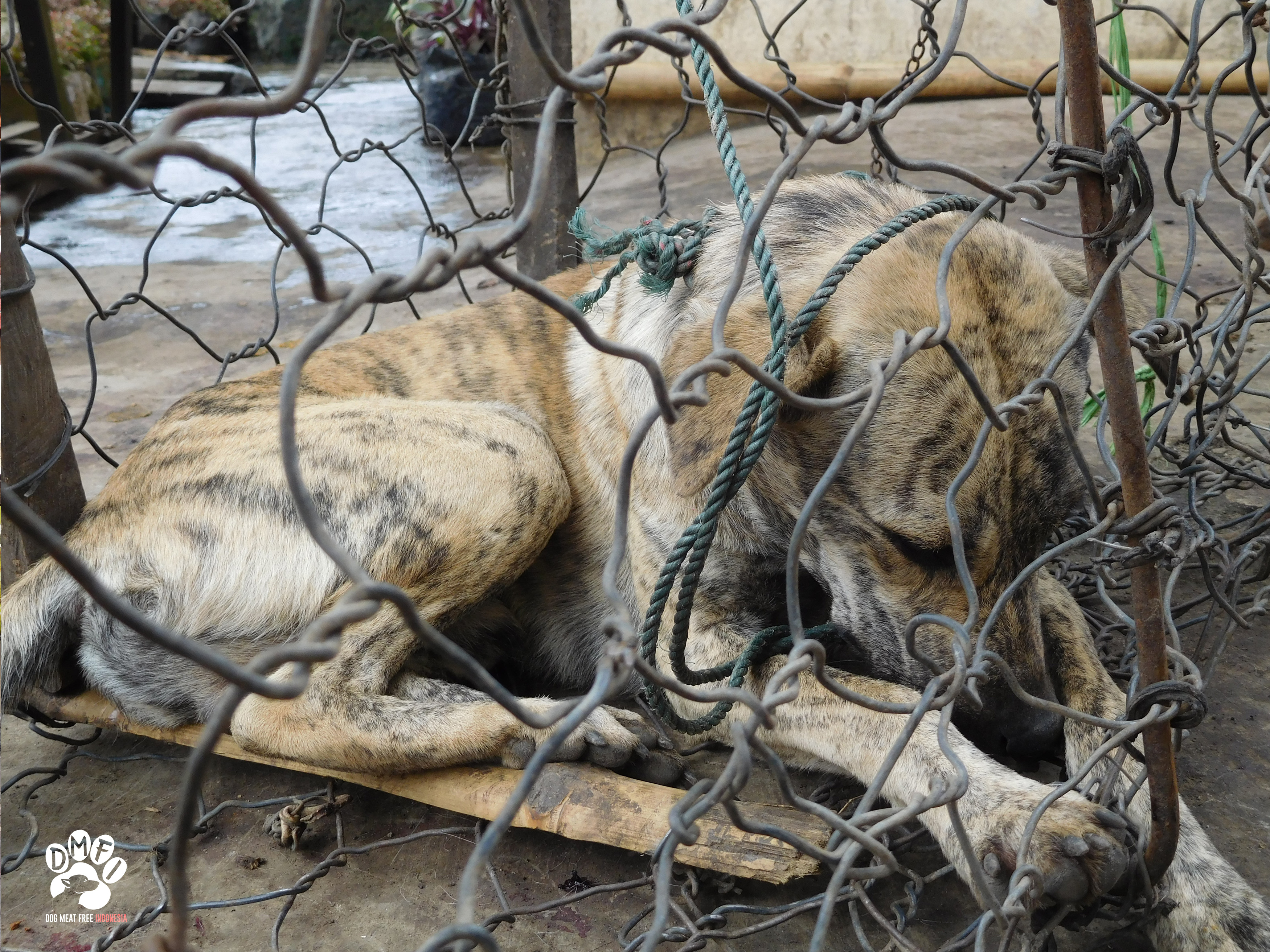 The health of the animals goes entirely unchecked, and also unique to the trade, the spread of rabies is rampant. Death by rabies is notoriously one of the absolute most gruesome, excruciating, and torturous ways to go, and those who handle or consume infected animals are contracting the virus at alarming rates. Dog Meat Free Indonesia estimates that between 7.8 and 10.6 percent of dogs killed for meat in Indonesia are infected with rabies, incidents of human infections are dramatically higher in areas where the trade thrives, and it is a major global public health concern.

“These markets are open displays of the most wanton animal cruelty I have ever seen, but they also pose a serious risk to public health by routinely breaching Indonesia’s anti-rabies rules,” said Kelly O’Meara of Humane Society International. “The ground is awash with blood, bits of flesh and smashed brain-matter. The earth moving with maggots, further increasing the risk of spreading other diseases too. If Indonesia has any hope of achieving its goal to eliminate rabies by 2020, it needs to take urgent action to shut down these macabre markets.” 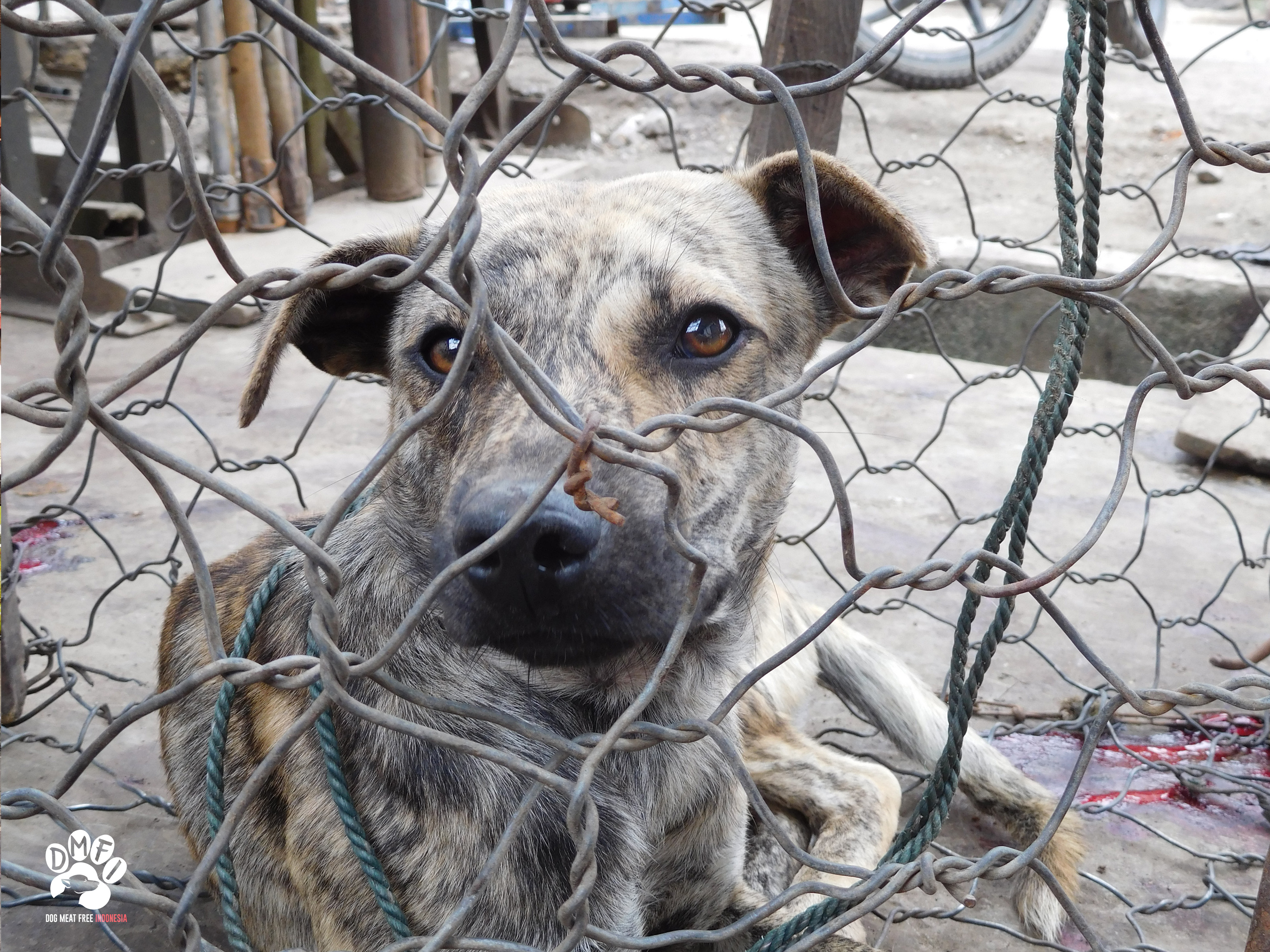 You can help fight the dog meat trade in two major ways. For starters, you can make a donation to Dog Meat Free Indonesia here. Secondly, many people are still unaware of what goes on in this brutal trade, so make sure you spread awareness and educate your friends and family about the issues at hand.