Seven Healing Herbs and Spices to Boost the Immune System 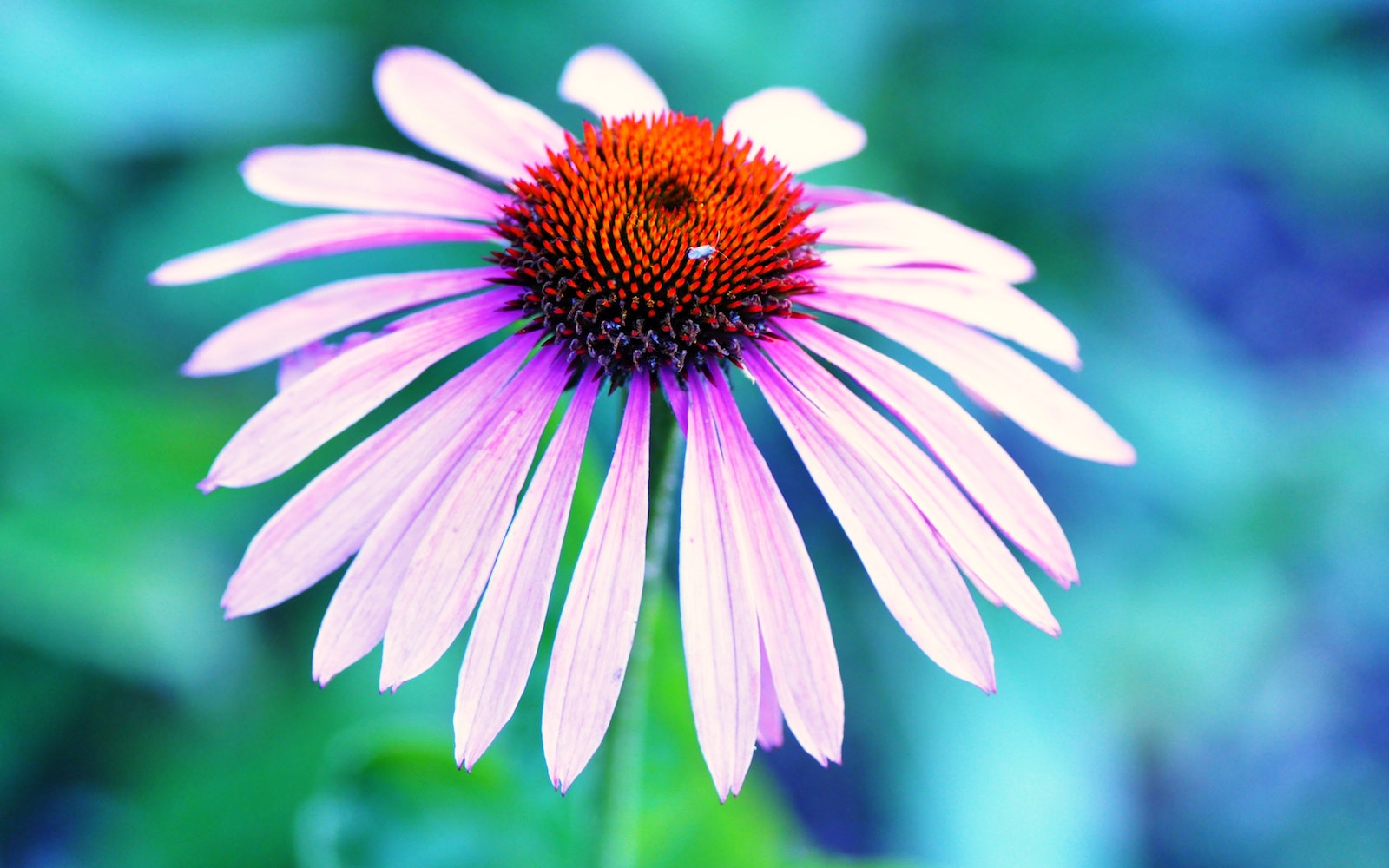 Looking for an all-natural way to boost your immune system and fight off those seasonal sniffles? Check out this guide to seven of the most powerful herbs and spices. All which can be used to help your body combat viruses, inflammation, and infections.

Also included are some delicious recipes from the Food Monster App to help you incorporate these ingredients into your cooking. You’ll have a super-charged immune system in no time! 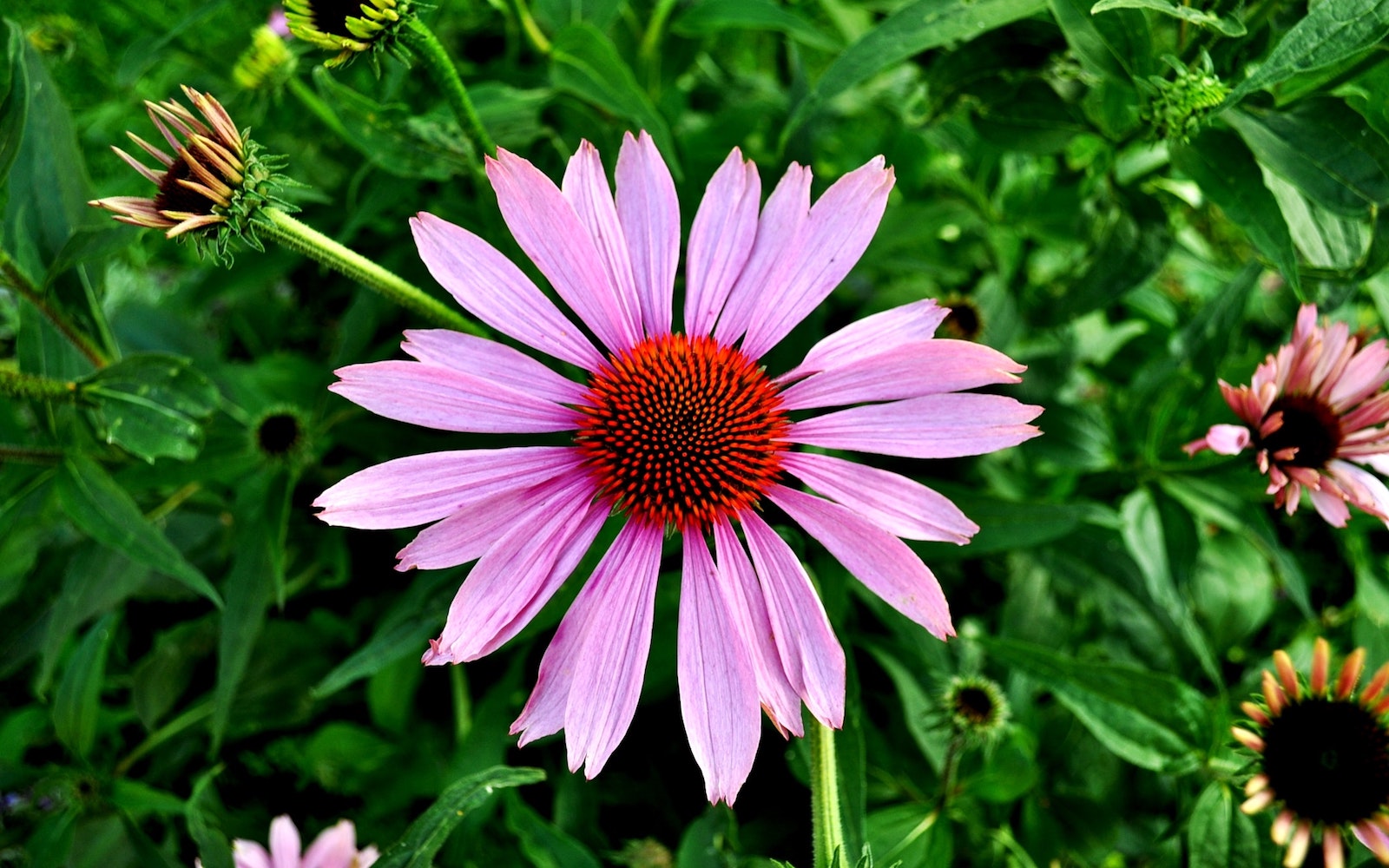 This brightly-colored flower, a member of the daisy family, is commonly known as a “coneflower” due to the shape of its inner disc, and comes in vibrant shades of purple, pink, and even yellow. Echinacea was used by Native Americans as a medicinal herb to treat wounds, infections, and snakebites, and grows naturally in areas of central and eastern North America. It helps encourage healthy cell growth, promotes a strong upper respiratory system, and provides numerous antioxidants that boost the immune system and can help you fight off colds. You can consume echinacea in the form of a capsule or liquid supplement. Or even make a tea infused with the fresh or dried leaves, flowers, and roots. 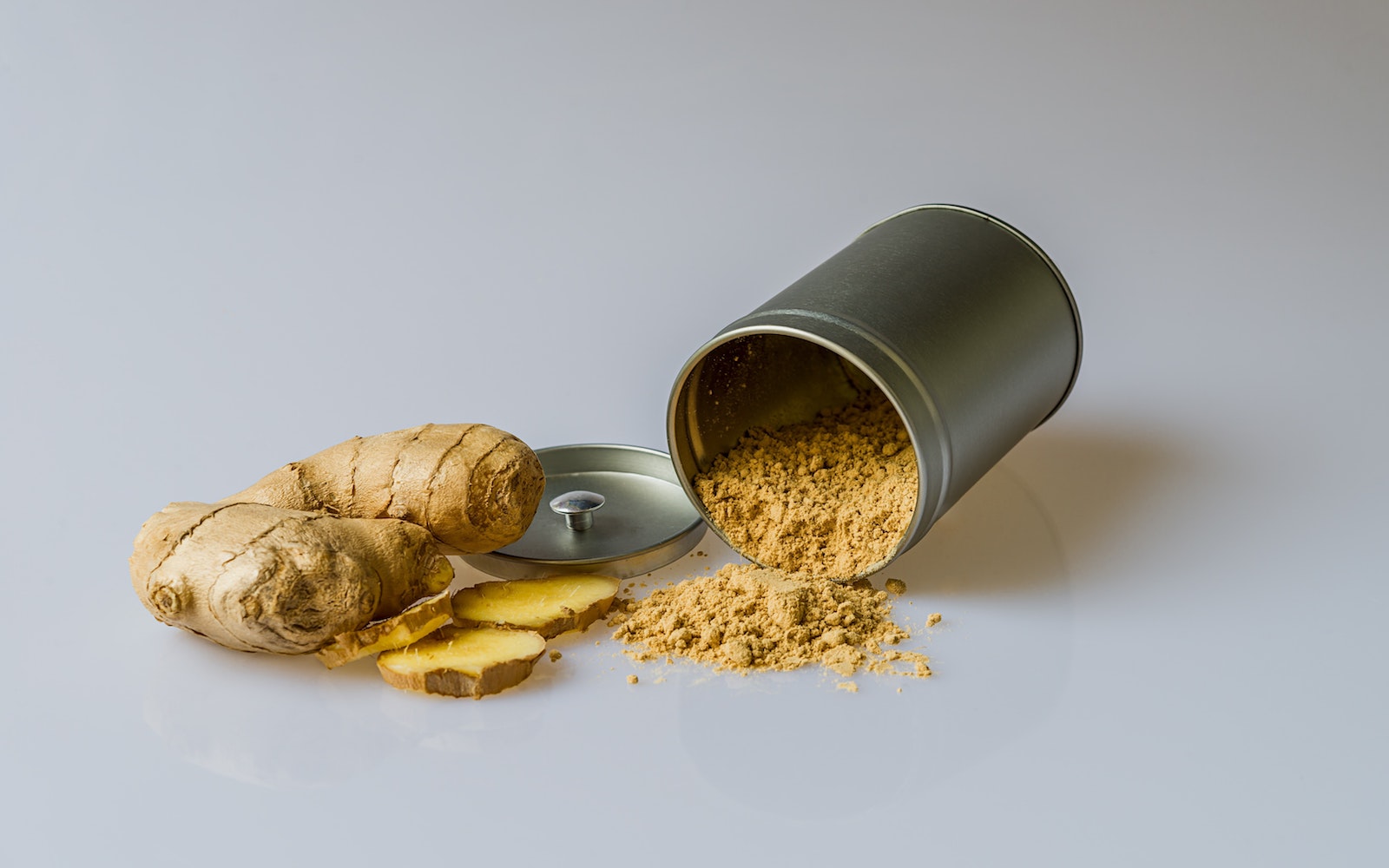 This knobby rhizome (a word meaning “mass of roots” in Ancient Greek) originated in Southeast Asia thousands of years ago. Since, it’s been cultivated and grown in many other countries. Ginger contains chemicals called sesquiterpenes that target cold viruses. It also helps suppress coughing and soothes a sore and scratchy throat. It can also inhibit certain types of bacteria, such as Salmonella (a type of food poisoning). And it has powerful pain relieving properties. If you’re looking for some tasty ginger-infused recipes, check out this warming Pumpkin Ginger Chickpea Soup, or sip on a tangy Flu Fighter Immunity-Boosting Lemon Ginger Turmeric Tonic, packed with antioxidants and perfect for any time of year. 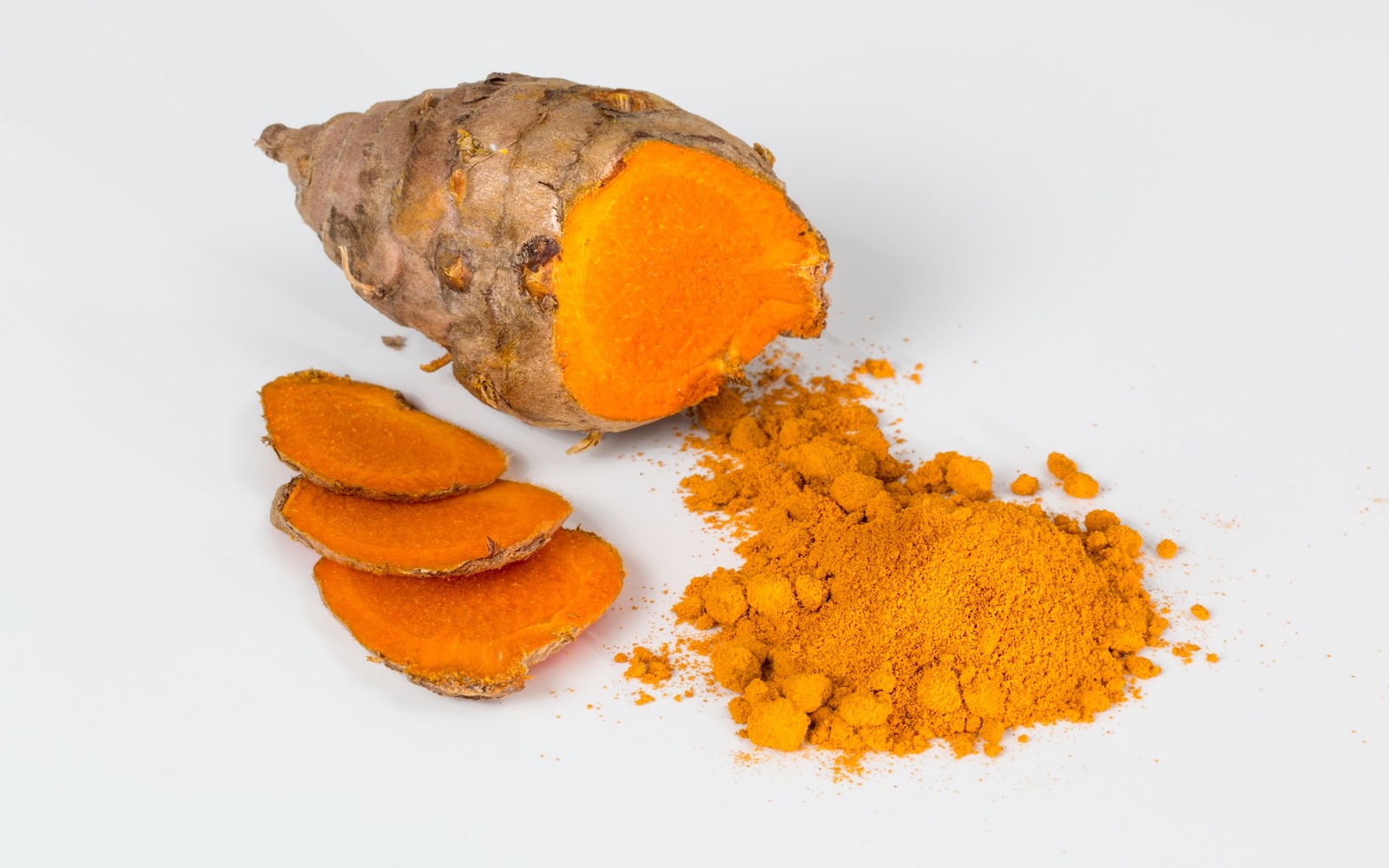 This vibrant orange root, also a rhizome and closely related to ginger, is thought to have originated in South Asia, and has been used for medicinal purposes in India for more than 4,000 years. It is an integral part of Ayurveda, an ancient Indian system of medicine whose name translates to “science of life.” It is considered to be a sacred spice in Ayurveda and has been used to heal wounds, release mucus, repel insects, ease inflammation, and many other purposes. Curcumin, the active ingredient in turmeric that gives it its characteristic orange-yellow color, may help fight off infections and improve the overall health of your body’s cells. For recipe ideas, check out this Turmeric Farro with Roasted Vegetables, perfect for a spring dinner, or whip up a batch of savory Almond Butter Turmeric Dressing, ideal for drizzling over a salad or even some cooked grains. Whether dried, fresh, or in a supplement, turmeric is an excellent immune-booster to add to your kitchen. 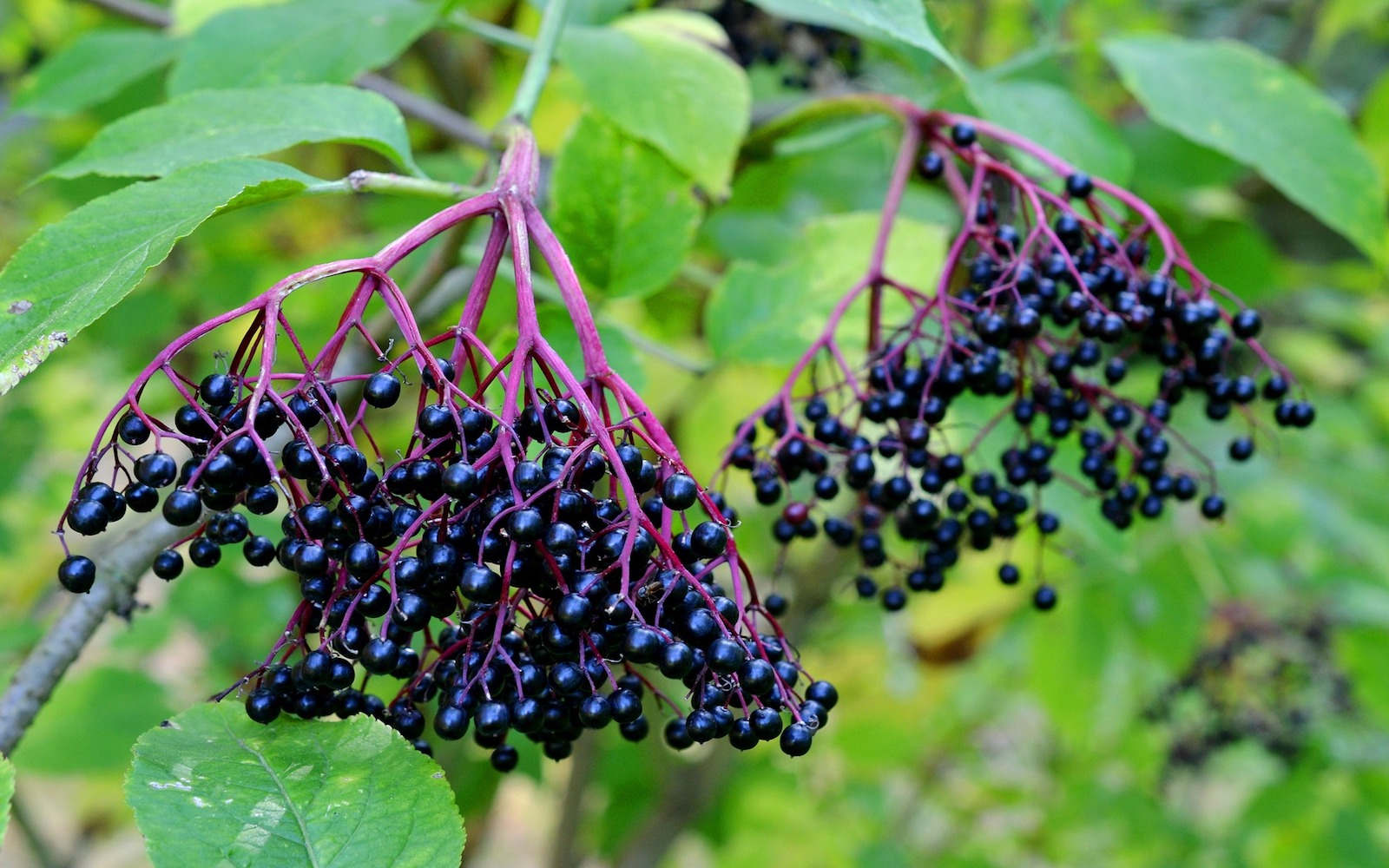 The elderberry bush (one of the most common American varieties being sambucus nigra) has existed for thousands of years in both North America and Europe and dates as far back as 17,000 years ago. The berries and flowers used for medicinal purposes, and the wood was also used to craft instruments and tools. It is important to note that the seeds, stems, leaves and roots can be poisonous to humans, as they contain cyanide-inducing glycosides that may cause nausea and vomiting. However, the berries contain compounds called anthocyanidins, which support a healthy immune system. It can even shorten the duration of a cold or flu virus. Elderberry can be consumed as a tea, a syrup, or a supplement. Check out this article for more on the health benefits of elderberry. 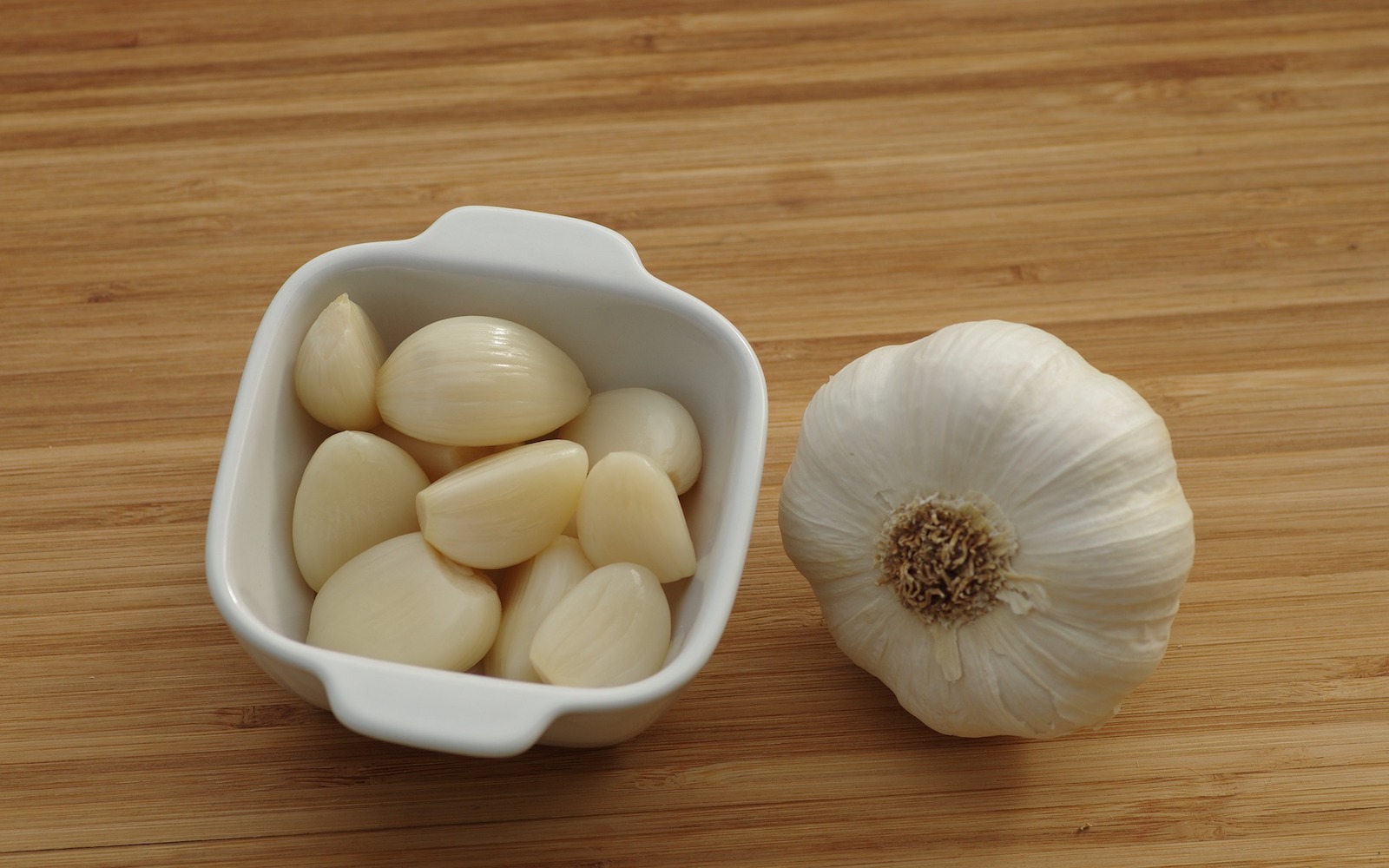 This pungent bulb, a staple in most kitchens and a member of the onion family, is one of the oldest horticultural crops and grows wild only in Central Asia, in countries including Turkmenistan and Uzbekistan. However, it was also used in Ancient Egyptian and Indian cultures thousands of years ago. And, is well-known for both its flavor and its numerous health benefits. One its compounds called Allicin, released when garlic is cut or crushed, has potent anti-bacterial and anti-fungal properties, though this compound breaks down and loses its potency when exposed to high heat. Studies indicate that garlic can also help prevent colds and chest infections, particularly when eaten raw. For tasty plant-based recipes incorporating garlic, check out this Smoked Garlic Hummus, or make some Sweet Potato Noodles with Garlic Cashew Cream. 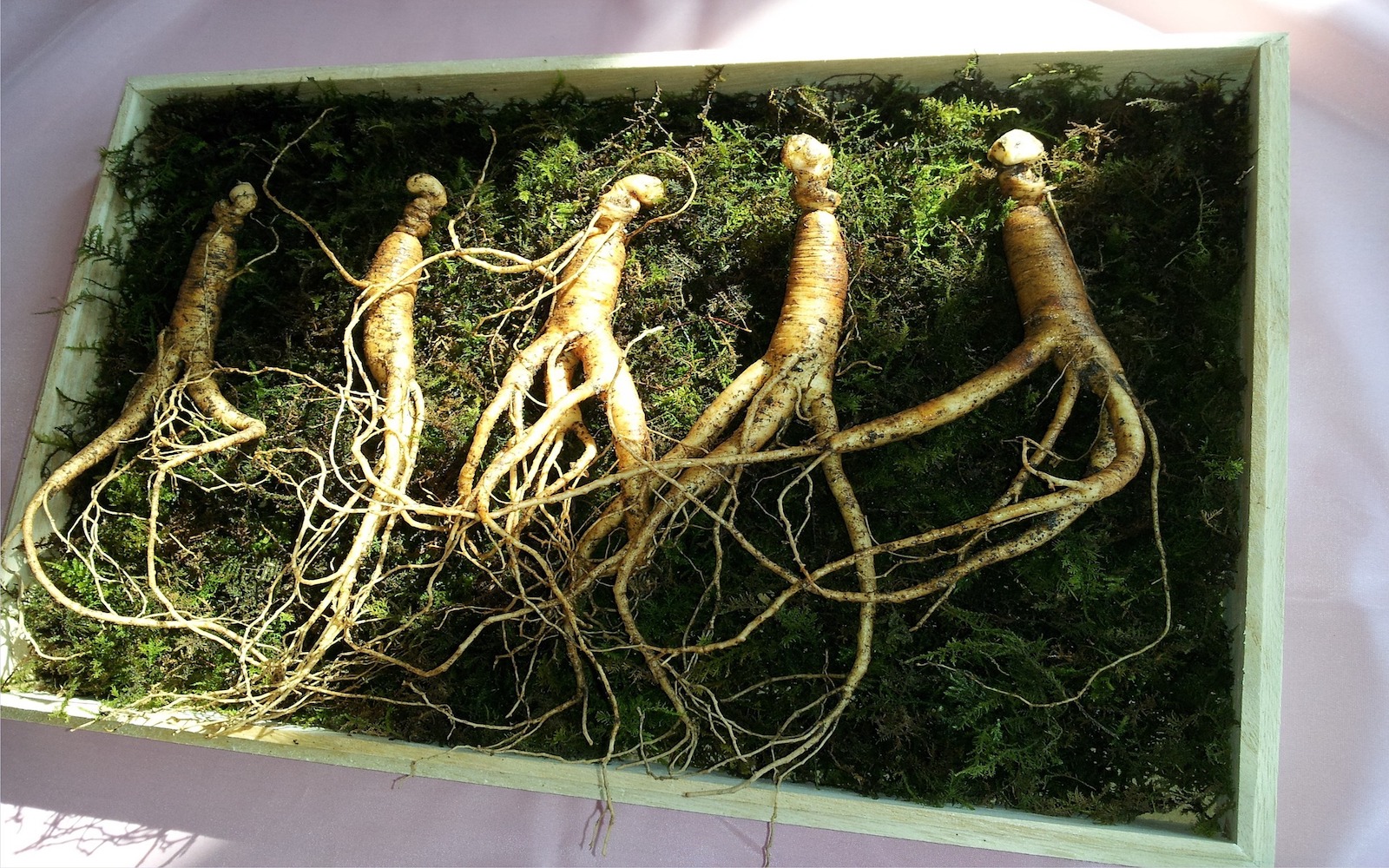 Ginseng (referring specifically in this case to the Asian variety panax ginseng, as there are multiple species) originated in Manchuria, China, over 5,000 year ago, and is a root that has been used for both culinary and medicinal purposes. The word “ginseng” comes from the Chinese word rénshen, which translates roughly to “man root,” based on the fact that the root itself (pictured above) resembles a human being with a “head” and “legs.” Although often over-marketed as a “miracle drug,” ginseng does contain high levels of antioxidants that can boost the immune system, and can also promote a healthy respiratory system. There are a variety of ginseng supplements on the market. For a unique drink idea that uses two of the superfoods mentioned on this list, try this Healing Turmeric Smoothie, packed with antioxidants and healthy fats. 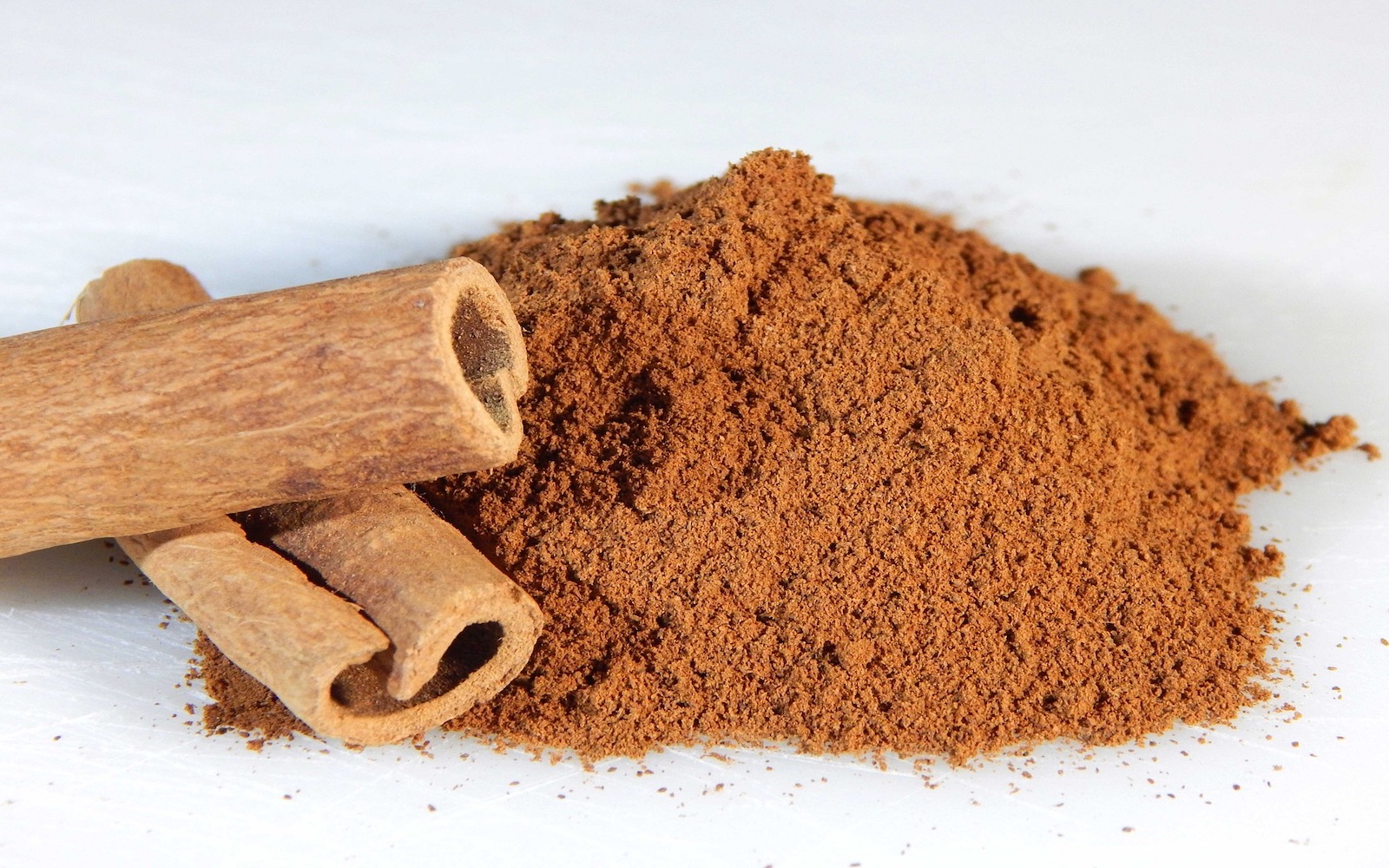 This spice, commonly used in baking, comes from the bark of numerous varieties of evergreen trees that are part of the genus Cinnamomum. There are records of cinnamon being used as far back as 2000 B.C. in Ancient Egypt. Four common types of cinnamon are Ceylon (or “true cinnamon”), Cassia, Korintje, and Saigon. Ceylon is considered to be safer because it contains lower quantities of a chemical called coumarin, which can cause liver damage in large doses. One of the active ingredients in cinnamon, called cinnamaldehyde, has antibacterial properties. Which may help fight certain infections and viruses. Cinnamon is also high in immune-boosting antioxidants and can improve digestion. For a sweet and delicious breakfast incorporating this spice, try some Cinnamon Apple French Toast. Or whip up a fiber and antioxidant-loaded Maple Cinnamon Chia Bowl.

For related articles, check out 15 Cleansing Vegan Recipes to Detox Your System. Or read about more Natural Plant-Based Foods to Boost Your Immune System! You could also increase your knowledge on how to Strengthen Your Immune System with These Raw Foods.

In addition, don’t forget to download the Food Monster App, which is available for iPhone, and can also be found on Instagram and Facebook. The app has more than 15,000 plant-based, allergy-friendly, and immune-boosting recipes, and subscribers gain access to new recipes every day. Check it out–your taste buds and immune system will thank you!