The Ugly Truth Behind the Cashew Industry 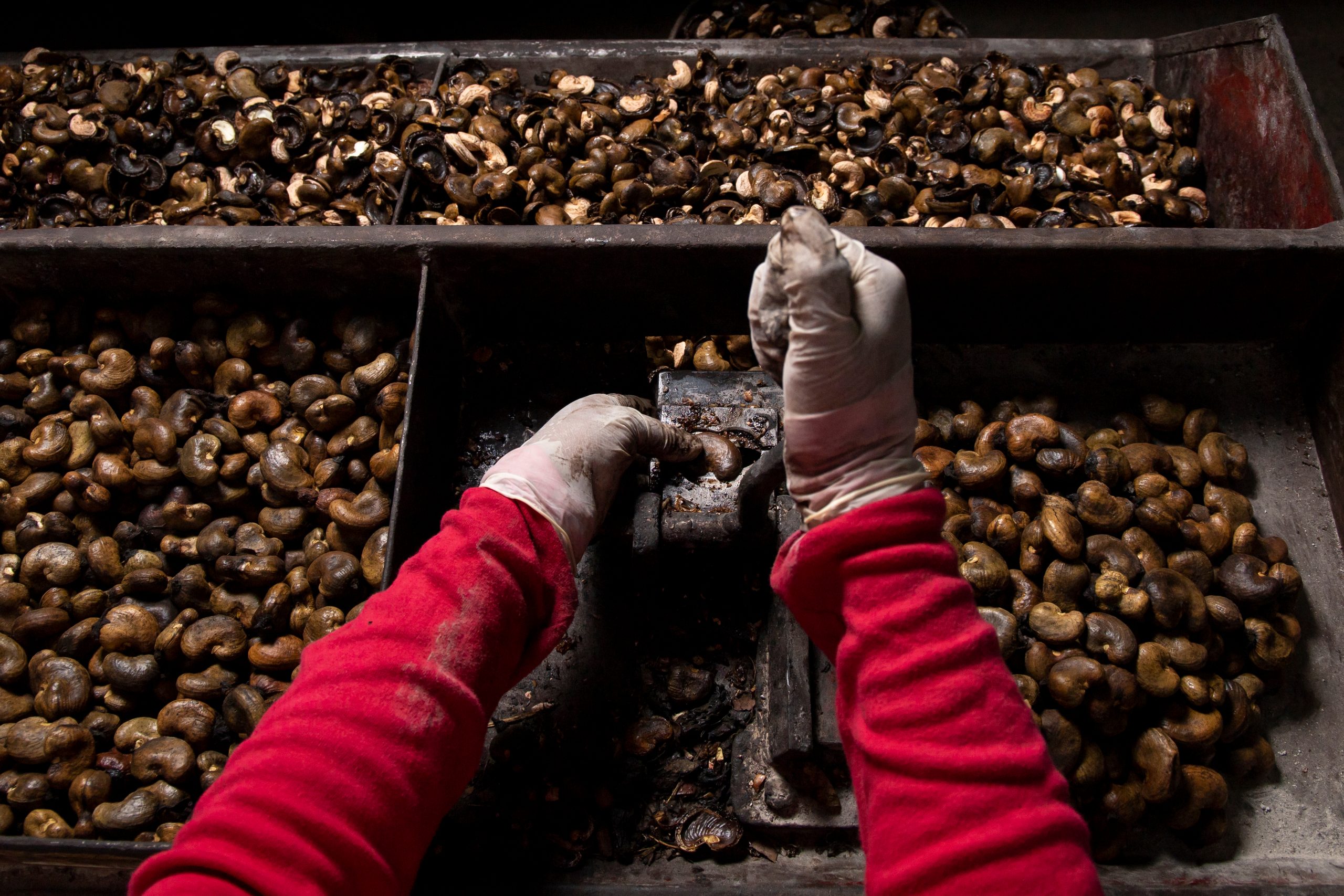 If you’re vegan, you probably know how awesome cashews are. They make great cheese, ice cream, and any other deliciously creamy plant-based treat. However, there are various ethical issues associated with the cashew industry. While we aren’t here to guilt you out of eating cashews, we do think it’s important to know just how these nuts are produced, and the sacrifices people make for them.

The fruit flesh of the cashew net is incredibly toxic and corrosive. The workers, who are exclusively women, are not given the proper protective gear to carry out the job of retrieving the nut from the fruit safely. Sometimes gloves are available for free, but other times they are just too expensive for the women to afford, so they go without them. In cases where women cannot afford or have access to gloves, many bandage their hands to provide some sort of barrier between their bare skin and burning fruit. Goggles are almost never supplied and thus, many workers have damaged their eyes.

The physical toll of processing cashews is permanently detrimental to the workers in the industry. The women have been seen to suffer issues regarding their musculoskeletal system and respiratory system, along with painful skin conditions. Out of a large group of cashew workers, 86.6% of them had been burned at least once. Many also had black or very dark staining on their palms and fingers.

Part of the blame for these circumstances is the expectation from other countries for high-quality yet incredibly cheap cashews. This is not dissimilar to what is happening in sweatshops. Factories are competing to get large clients, so they lower the price of their products at the expense of their laborers.

In 2013, Indian cashew workers were making 30 pence (about 42 cents) a day for a job that is destroying their hands and eyes. The Guardian tells us about an Indian woman named Sunita, who works in a cashew productive factory. She has chronic back, joint, and shoulder pain from hunching over all day. There is no other way for her to do the job. She also talks about her measly pay, and how it is incredibly hard to save any money because of how little she makes.

When people in poverty, especially women, are unable to have any savings, it makes it incredibly difficult to get out of an unhealthy or dangerous situation. They are essentially stuck.

Cashews are often grown in Africa, but Vietnam has become the world’s largest cashew processing center. There is a lack of understanding of child labor laws, so children often work on the farms. Vietnam also grows some cashews, but their use of pesticides is “negligent” and the groundwater ends up becoming polluted, making the water nonpotable.

While trade unions have been formed by management, they’ve not been used to voice the concerns of workers. The young and hurting voices of the people responsible for pulling the nuts out of toxic fruit remain largely unheard.

Like in the clothing industry, women are usually the victims of the cashew industry. Therefore, the industry isn’t just an ethical issue, it’s a feminist issue. Women deserve fair pay, especially if they are sacrificing their physical well-being. In the documentary True Cost, women working in sweatshops talk of leaving their children with family so they can work in factories all day long. It’s likely that women working in the cashew industry are forced into similar circumstances.

The cashew farming industry has encountered a few issues including the decline of agrobiodiversity and traditional farming practices. However, efforts are being made to form collaborative initiatives that work towards creating a more sustainable cashew industry. A big part of these efforts includes building trust and long-term relationships amongst farmers and other supply chain members.

They also have a high water footprint and a moderate carbon footprint. However, in terms of how detrimental growing them in for their surrounding eco-systems, their impact is relatively low. So are cashews sustainable? Well, they aren’t the best, but they are definitely aren’t the worst either.

While completely cutting out cashews as a vegan might be difficult, we strongly encourage you to try to eat less of them. Have fun exploring almond cheese or ice creams. It’s fun to try to be creative! Maybe you could start with not buying whole cashews anymore, but still treating yourself to a premade treat every now and then.

Being vegan isn’t about being perfect, it’s about trying your best to not support global suffering, whether it’s of a person or an animal. At the moment, unfortunately, cashews are contributing to this suffering and creating permanent victims.