What Is the Environmental Cost of Renewable Energy’s Dependency on Traditional Extraction Methods and Are There Better Ways? 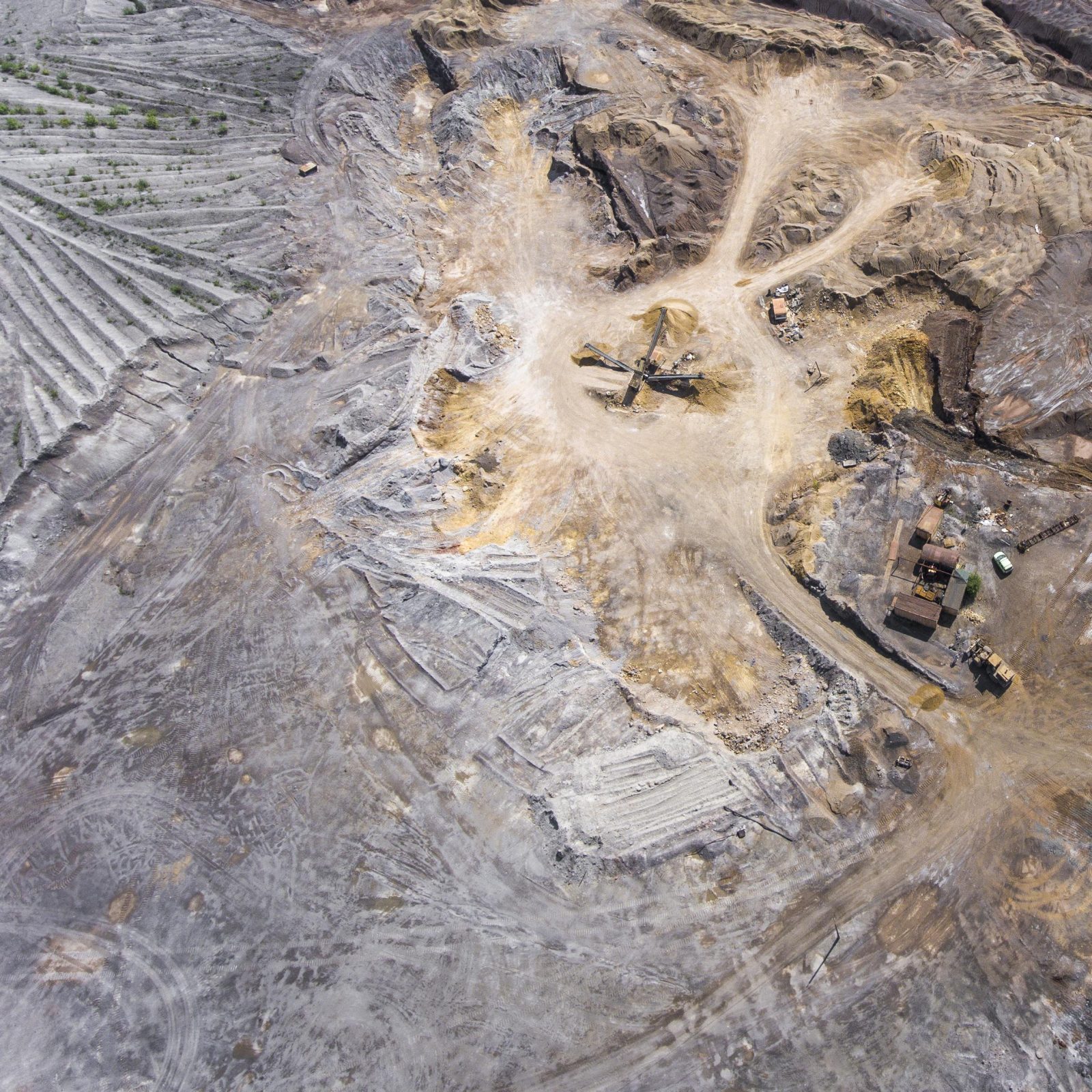 The IEA’s report outlines an urgent call for the resolution of supply chain issues, which are reaching critical levels, but the environmental impact of minerals required to fuel our green energy revolution deserves equal attention.

What are the risks of the conventional mining methods used to extract minerals that are vital to green energy production, and which recycling programs are offering hope for a more sustainable future?

Rare Earth (RE) metals are a group of 17 chemical elements and are vital in the production of green technology, from wind power magnets to batteries for electric vehicles. Research has shown that an 11- to a 26-fold expansion of the rare earth metal supply is required if global wind-power goals are to be met.

Despite its name, rare earth materials are rather plentiful, but a large availability does not guarantee a steady supply. Most of the rare metal reserves can be found in China, and the country offers a compelling case study of the disastrous effects mining can have.

China’s Jiangxi province has been a hub of RE production since the 1990s. But the intense mining activities with little to no regard for the environmental impact have left the region’s air, soil, and water heavily polluted. “In the last two decades, China has come to dominate global rare-earth production by investing in mining and processing without enforcing adequate environmental safeguards,” Alice Su reports. “By turning a blind eye to the environmental and human costs, major manufacturers have helped support China’s expansion while reaping financial benefits because of the relatively low cost of supplies.”

The illegal and damaging practices have since been halted, and massive cleanups and RE waste recycling projects have been launched in Ganzhou city, the province’s RE production center. Environmentalists hope that the world will learn from China’s blunders. “There is talk that similar mining could be started in Africa and other regions, so we should not repeat the same mistakes,” Ma Jun, a Chinese environmentalist, and director of the Institute for Public and Environmental Affairs told Yale Environment.

Beyond the recycling projects implemented on a larger scale, smaller initiatives are also set in place to tackle the challenge from another angle: E-waste mining. E-waste, which has been shown to impact our health and that of our children, is a potential goldmine for some researchers. Hydrometallurgical (water-based solutions) and pyrometallurgical treatment (through conflagrating, incineration, and smelting) to extract rare earth materials from devices have yielded results, but concerns have been raised over the energy intensity of the process, as well as the emissions of toxins. Potentially more sustainable methods are being researched, such as electrodeposition, which one study explains may be beneficial because of its “high selectivity, electron as a clean reagent, and minimal chemical usage.” It is already used in the extraction of copper from e-waste, but researchers are now exploring its potency in extracting RE materials through ionic liquid (salt-based) systems.

Copper: the Mining of “the Cornerstone for all Electricity-Related Technologies” is Polluting our Water

The IEA describes copper as “the cornerstone for all electricity-related technologies.” As a highly effective conduit, copper is used in green energy technology in solar, wind, thermal, hydro, and electric vehicles globally, making it metal with higher demand than supply. “Offshore wind energy production’s demand for copper alone is as high as 8,000 kilograms per megawatt of energy produced,” data confirms.

Inefficient copper mining methods have caused a myriad of health issues for communities suffering its ill effects. In 2015, the villages surrounding Zambia’s biggest copper mine, Konkola Copper Mines (KCM), a subsidiary of UK-based Vendetta, reported on acid spills, polluted rivers, and hospital commitment after the consumption of fish. “Degraded equipment like leaking pumps, pipes, and settling ponds have given to excessive spillages and water overflowing into the Mushishima stream and subsequently the Kafue river,” an engineer told The Guardian. “It poses a possible environmental catastrophe. Power failures and deficient pumps frequently result in slurry spills and effluent containing sulphuric acid, lead, zinc, iron, and mercury being dumped into rivers.” In early 2021, it was reported that 2500 Zambian villagers were to receive compensation.

More recently, New Mexico’s Tyrone copper mine caused similar concern when locals who depend on wells for their water expressed concern over contamination. Gary Gritzbaugh, president of the Hillsboro Mutual Domestic Water Consumers Association, stated that “groundwater is just an underground river, it goes wherever it wants to go. People say, well, it’s not going to drain this way, it’s going to drain towards Rio Grande. Well, maybe, maybe not.”

A shift to more sustainable mining methods is paramount. In 2020, around 35 percent of copper in the U.S. was recycled. “We need to shift policy that creates clear incentives for recycling,” Aimee Boulanger, executive director of the Initiative for Responsible Mining Assurance, told New Mexico In Depth.

Here too, e-waste mining may have a role to play. A 2018 study revealed that the mining of e-waste may prove to be highly profitable and found that traditional mining is 13 times more expensive than e-waste mining. Currently, small and mid-sized initiatives are at play to illustrate the efficiency of e-waste copper mining, such as Sydney-based Professor Veena Sahajwalla’s “urban mine” at the University of New South Wales (UNSW), where she extracts copper, gold, and silver from electronics through a highly automated method.

To make the extracting process run more smoothly, Prof John Mathews of the Macquarie University, in Sydney explains that the production of electronics and community incentives should follow suit. “One of the best policy supports for e-waste will be payment of a deposit to consumers who return their e-products like cell phones to central collection points,” he told the BBC. “There could also be incentives paid to manufacturers to make their products more easily disassembled.”

Mineral-Guzzling Batteries: How to Manage the Environmental Impact of Electric Vehicles

Electric vehicles (EVs) are in high demand. The IEA states that “sales of electric cars hit 6.6 million in 2021, more than tripling their market share from two years earlier.” And while most of us equate this development as a big win for a greener future, the reality is not quite as simple as that.

EV batteries mainly consist of lithium, cobalt, nickel, manganese, and graphite, all of which can cause a heavy toll on our environment during the process. Lithium, for example, has caused critical water shortages in certain communities, while cobalt mining has caused soil, water, and air pollution leading to reproductive and respiratory health issues.

Currently, EVC batteries are not recycled on a larger scale. But as the production of EVs increases, research into efficient recovery and recycling initiatives is gaining traction. Dana Thompson from the University of Leicester states that EV batteries can be hazardous and “are really not designed to be recycled.” As a result, compliance will not be easy as batteries differ widely in construction, and materials such as cobalt and lithium are currently cheaper to mine than to recycle.

Government and industry-funded initiatives are slowly but surely being put in place. For example, the U.S. Department of Energy (DOE) is funding the ReCell Center, which focuses on lithium-ion battery recycling R&D, and the U.K. is backing the ReLiB project. The EU has issued new rules for more sustainable batteries, and China is making bold strides in transforming the EV life cycle.

While government action is vital, what matters as well is aligning the production of EV batteries with the recycling programs to ensure a more efficient and safe reusing of minerals. And some companies are exploring the benefits of combing the two. Sweden’s Northvolt, for example, combines battery manufacturing with recycling and aims to create a “circular European batter industry.” Other companies, such as U.S.-based Redwood Materials and the German company Duesenfeld, focus solely on recycling programs. Sign this petition for a Federal Stimulus package to replace diesel buses with clean electric buses.