The Troubling Impact of Ocean Plastics on Human Health 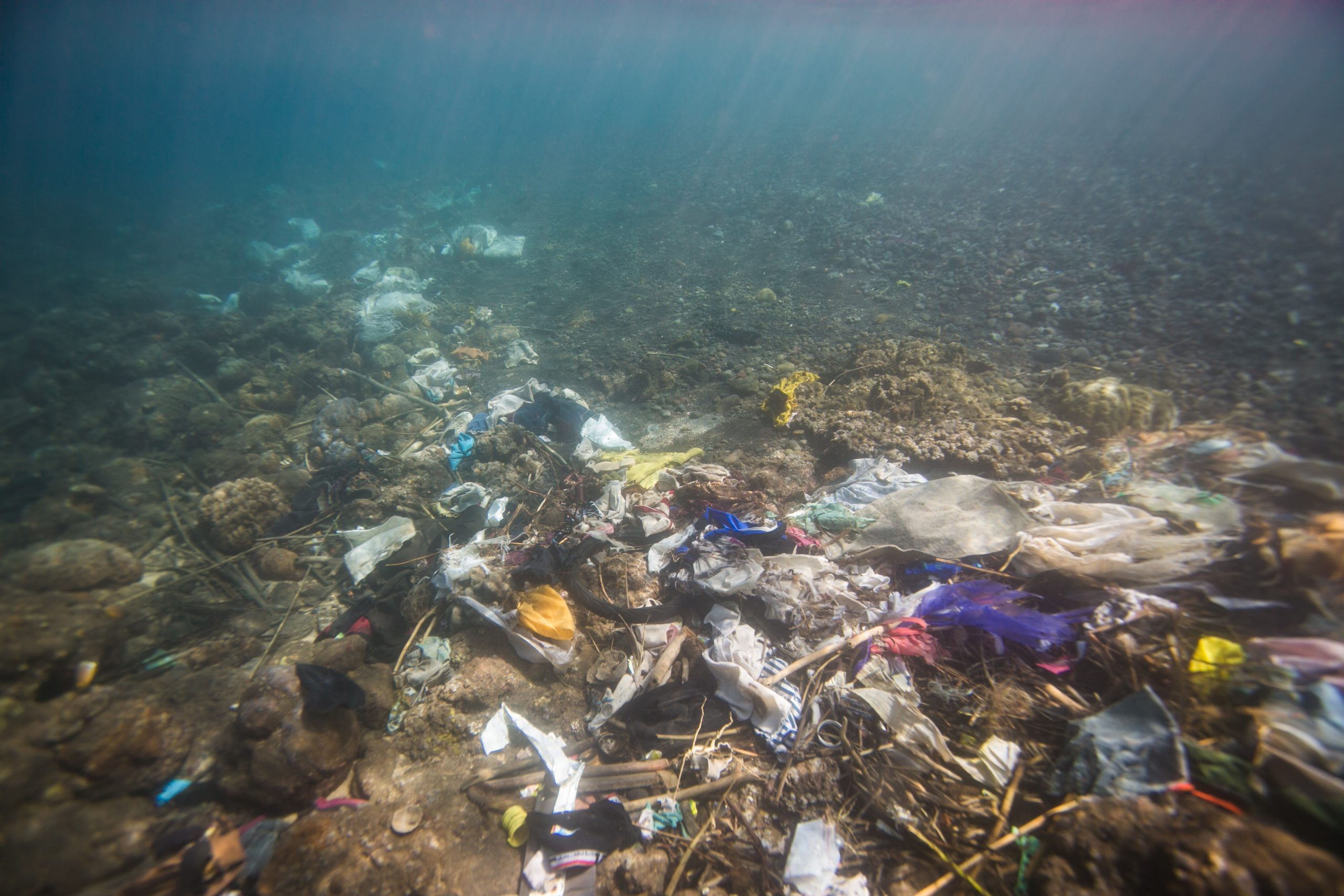 Five trillion is a number that’s hard to comprehend. But that’s how many pieces of plastic are currently polluting our oceans. We’ve all seen images of birds caught in abandoned fishing nets and marine life trapped within six-pack rings, as well as photographs of beaches littered from one end to the other with plastic waste.

Among the most confronting scenes is the Great Pacific Garbage Patch, which is currently estimated to be around twice the size of Texas (and still growing). Also known as the Pacific trash vortex, it is the result of plastic waste converging where the warm South Pacific waters meet the cooler water from the Arctic.

Our planet is blessed with diverse and spectacular marine life. As such, it is even more disturbing to acknowledge that ocean plastics don’t biodegrade but break up into tiny pieces. Invariably, these end up being ingested by marine life, sometimes leading to malnutrition and starvation. In fact, it’s been estimated that plastic waste is the primary cause of death of around one million seabirds and 100,000 marine animals every year after they consume or become entangled in ocean plastics.

But aside from the environmental consequences of our plastic addiction, the impact of ocean plastics on human health is also of grave concern. After being ingested by fish and other marine species, microplastics end up in our food chain where they are biomagnified, posing a significant risk to human health.

How does plastic enter the oceanic food chain?

It’s been estimated that around 20% of ocean plastics are dumped by ships and offshore platforms while the rest is blown in from the coast or washed by the tides. Some are disposed of beside rivers and other waterways before being transported to the coast where it’s broken down by the action of the wind, waves, and photochemical reactions with sunlight.

This result is what’s known as “plastic soup” or “plastic leachate”, which scientists have found is toxic to many marine organisms. In some species, it’s also linked to reduced reproduction and egg hatching rates. Recent studies have also shown that it can have a negative impact on the oxygen-producing capabilities of marine cyanobacteria – the most abundant photosynthetic organisms on Earth.

Adding to the issue is the fact that free-floating pollutants such as heavy metals, polychlorinated biphenyls (PCBs), and polycyclic aromatic hydrocarbons (PAHs) adhere to the surface of plastics after they are washed from the land and into the ocean, only adding to their toxicity.

Researchers across the globe have found tiny pieces of plastic within both wild-caught and farmed marine species, with more than 50 of these consumed by humans. Microplastics have been found in the stomach of Southern Bluefin tuna caught off the coast of Tasmania that was intended for human consumption, as well as in the digestive tract of a shrimp purchased at a fish market in New York state.

The dangers posed to human health

So how is this dangerous to human health? Toxins such as lead, cadmium, and mercury are found within many plastic products, together with carcinogens such as diethylhexyl phthalate (DEHP). Aside from being linked to cancers, immune system problems, and birth defects, these toxins have also been associated with childhood developmental issues. Bisphenol A (BPA) is used in the manufacture of many plastic products, including drinking bottles and food packaging, even though it’s been shown to interfere with human hormonal functions when its polymer chains break down.

But studying the adverse effects of ocean plastics on human health is far from easy, not only because asking people to ingest plastics for the sake of science is unethical. The problem of plastic contamination is so widespread – it’s in the air we breathe, the water we drink, and the food we eat – and comes in so many different forms. Not only does plastic end up in our oceans as a result of waste we throw away every day, but it’s in flame retardants, pigments, and water repellents. Some of these chemicals have been shown to interfere with hormone function and others with brain development while some can cause cancer and birth defects.

Research still ongoing into the effects of microplastics (and their even smaller cousin, nanoplastics) on human health, and there are no concrete conclusions. One thing that is clear is the need to significantly reduce our plastic consumption at all levels to prevent plastic waste from ending up in our oceans in the first place. With around 80% of ocean plastics originating on land, each individual can have a big impact on the scale of the issue.

Aside from recycling all recyclable products, we can avoid buying single-use plastics in the first place and encourage those around us to do the same. There are also several organizations doing great work in the field that you can support, including the Ocean Cleanup and 4Ocean.

Educating our family and friends about the impact our plastic addiction is having on human health (and the health of generations to come) may be a wake-up call. While many people are shocked by the images of plastic floating in our oceans, blanketing our beaches, and killing our marine life, it may be the knowledge that it could be killing us that is the catalyst to take action.

Sign this petition to demand that U.S. state governments force plastic-producing corporations to pay for the costs they’ve inflicted on our environment!