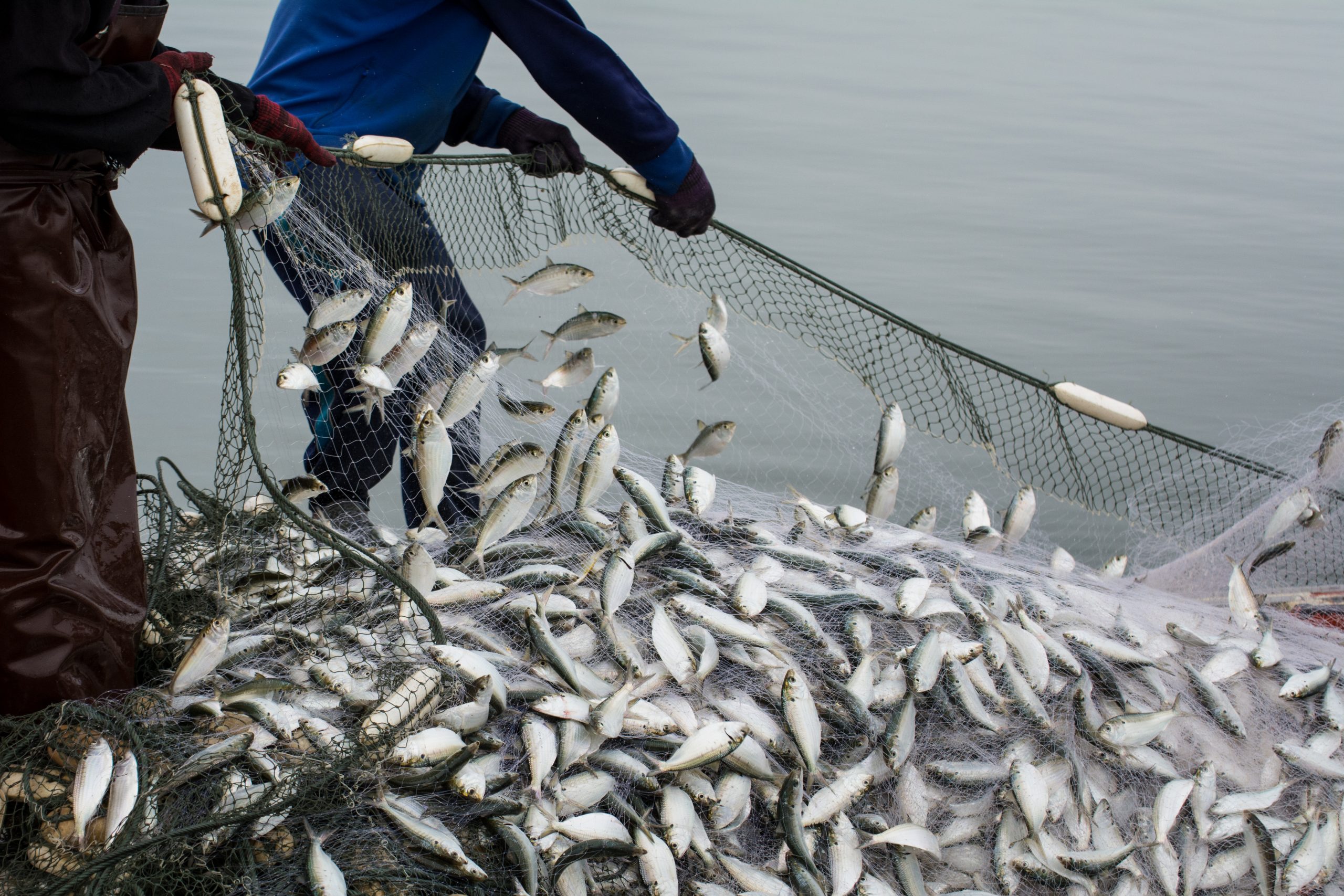 Overfishing is a serious threat to the survival of countless marine animal species. Highly sophisticated and aggressive commercial fishing methods such as radar, long line fishing, bottom trawling, and the usage of purse seine nets frequently devastate large areas of the ocean by removing far more fish than was intended. Earlier this year, a study published in the Nature Communications Journal revealed that fish catch levels around the world have been, on average, 50 percent higher than the UN Food and Agriculture Organization (FAO)’s previous estimates. The study also found that catch levels have been strongly declining since the 1990s, “due to countries fishing too much and having exhausted one fish after the other.”

Untargeted marine animal species, such as sharks, small whales, dolphins, and rays – despite not being the intended catch species – frequently end up entangled in commercial fishing trawlers’ nets as “bycatch” and usually face death as a result. An estimated 40 percent of a typical fishing fleet’s catch is made up of these animals, while 80 percent of the oceans’ fish stocks are fully- or over-exploited. For example, sharks – who could play a vital role in curbing the phenomenon of climate change – are at grave risk of extinction. Oceanic conservation group Sea Shepherd has estimated that every year, “50,000,000 sharks are caught unintentionally as bycatch by commercial tuna and swordfish fisheries using long lines, nets, purse seine, and gillnets.” Many conservation experts believe that our oceans could be empty of fish by the year 2025.

Another species whose long-term survival is in doubt due to the human appetite for seafood is the bluefin tuna. Their numbers have declined by an incredible 96 percent in recent years, and conservationists fear that they could soon be “functionally extinct” in the Pacific Ocean, with their only hope of avoiding outright extinction being a few frozen bodies held in high-security Asian warehouses.

A stark image published by National Public Radio (NPR) reveals the tragic fate that this species could face: being eaten to extinction.

Bluefin tuna is a popular ingredient in sushi meals. A report published last year by the Environmental Justice Foundation (EJF) revealed that international demand for this type of tuna, in addition to other species commonly used in sushi, is contributing to the degradation of Thailand’s marine ecosystems and has even been linked to human trafficking in this country. Thailand is the third largest seafood exporter in the world, and also holds the dubious honor of being one of the planet’s most overfished regions. The loss of fish stocks in the Gulf of Thailand and Adaman Sea have sent Thai fisheries to Asia and Africa, where they utilize illegal vessels and trawl nets to continue to meet export quotas.

The U.S. appetite for seafood pulls a total of 4.8 billion pounds of fish out of the ocean annually, and the average American consumes 3.5 ounces of seafood every week. The EJF report estimated that around 39 percent of wild-caught seafood that enters the U.S. market been illegally harvested in Thailand. Shrimp and tuna are the two most common items imported from Thailand, which means that every time someone purchases either of these goods, they are indirectly fueling the collapse of this country’s marine ecosystems.

We may have grown accustomed to thinking of the oceans as a vast, unlimited reservoir of seafood and other resources, but given the increasingly imperiled state of our oceans and all of the creatures who inhabit them, this attitude needs to change. Fast. To learn more about how you can save endangered species such as the bluefin tuna and help preserve the marine environment for future generations, read up on the articles below: