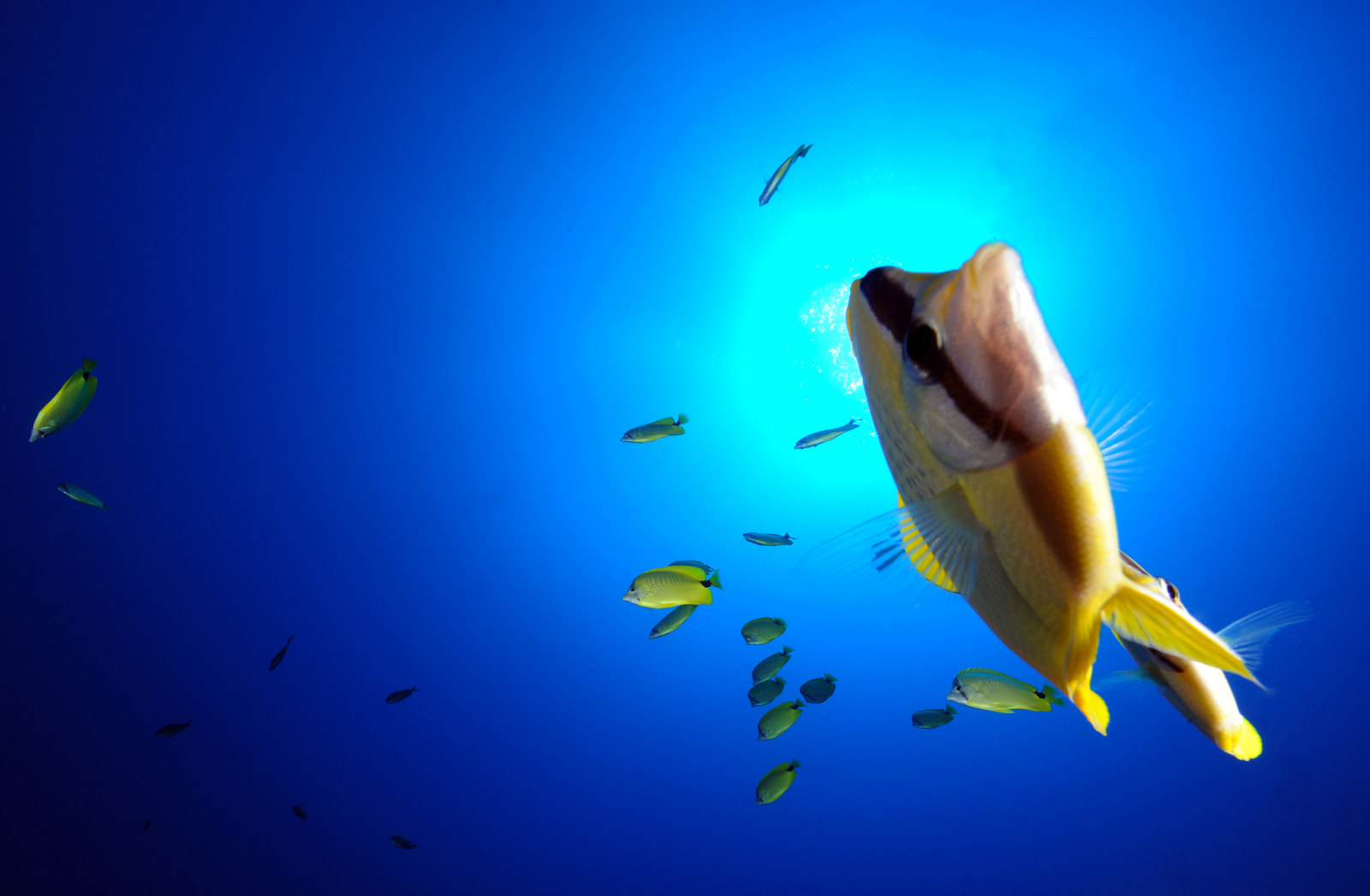 There hasn’t been much good news related to the state of the world’s oceans lately. Although on the surface, we see the same pristine blue waters, lurking underneath the surface, however, is a whole host of all but beautiful problems. According to a recent report conducted by the World Wildlife Fund (WWF), nearly half the world’s marine life has been wiped out in the last forty years due to overfishing, pollution, and climate change.

Fifty percent of marine life in such a short span of time is alarming to say the least, but the loss of marine life is something that is felt through every layer of the ecological web. Did you know, for instance, that 50 percent of the world’s oxygen comes from the oceans? The oceans are also the world’s largest carbon sinks and help to regulate weather patterns. Although we might not live in the oceans, that does not mean that we don’t rely on it for our own lives. Because of this, it is incredibly important that we all play our part to turn this staggering trend of marine life loss around. As horrible as it might seem, human activities are primarily at fault for the current state of our oceans, but this means that there is also an enormous opportunity for us to turn this ship around.

We can all play a part to protect marine species and the oceans through our daily actions. Here are five small, but incredibly impactful ways you can help save the oceans right now!

While some countries rely on fish as their primary source of protein, for the majority of the Western world, fish is not such a necessity. Nevertheless, the demand for fish and seafood is driving many wild fish populations to their end.

It is currently estimated that 80 percent of global fish stocks are “fully- to over-exploited, depleted, or in a state of collapse.” Also, about 90 percent of large predatory fish stocks (sharks, swordfish, and bluefin tuna) have been diminished since the 1950s. Basically, this downward trajectory means that if current rates of fishing are not drastically reduced, it has been predicted that the stocks of every wild-caught seafood will collapse by 2048.

Unfortunately, lower fish populations paired with high demand means that the fishing industry is going to more aggressive lengths to yield as high of a catch as possible. Using methods like gillnetting or super trawling, commercial fisheries are systematically catching every possible fish in sight – and sometimes this means fish other than their target catch. This can mean anything from turtles to manta rays, known as bycatch, getting hauled on board a fishing vessel where they will likely be left to die.

Annually, around 300,000 dolphins, whales and porpoises end up entangled in fishing gear and around 250,000 sea turtles are either injured or caught by fishermen. Sharks and seals are also often caught as bycatch.

These numbers are pretty intimidating, but consider the positive impact you could have by simply eliminating fish from your diet. Just by cutting out fish from your diet for a year, you can save over 225 fish and 151 shellfish! Not only this, but you will be removing yourself from the insatiable demand for seafood and helping to lower the need for extreme fishing methods.

2. Cut Down on Energy Use

Human activities are chiefly to blame for the increase in greenhouse gas emissions in the atmosphere, and the largest source is from burning fossil fuels to create heat, electricity and transportation. The increase of carbon dioxide levels in the atmosphere, a contributor of climate change, is increasing sea temperatures and sea levels, threatening the livelihood of many marine species.

By making small changes in your daily life, like riding your bike or taking public transport, unplugging your electronics and switching off the lights,  it all adds up to saving energy.  Low energy light bulbs, for example, use around 20 percent less energy than a conventional light bulb. And did we mention you’ll also slash your lighting bills just by making this minor change?

3. Get Practical About Plastic

Today, our oceans are literally choking on plastic. Did you know that 90 percent of all trash that gets dumped into the oceans plastic? On an annual basis, that measures out to 8.8 million tons of plastics that end up in our oceans! Once again, it’s the innocent animals that suffer as a result of human actions.

Around 700 marine animals are faced with extinction due to the threat that plastic poses to them in the form of entanglement, pollution, and ingestion. An international study from University of Queensland discovered that 50 percent of sea turtles have plastic in their stomachs. Additionally, a recent study posited that by 2050, 99 percent of all seabird species will have ingested plastic waste.

Unless you make a conscious effort to cut down on and avoid plastic consumption, it’s easy to slip into living in a life of full of plastic. While it’s difficult to cut out plastic completely, you can limit your impact by using a reusable water bottle, storing food in non-disposable containers, taking your own cloth tote while shopping, and recycling whenever you can. You’ll help save the lives of many marine species and reduce their risk of becoming extinct.

4. Reduce Your Meat and Dairy Consumption

Of the many threats facing the world’s marine life, climate change is one of the most daunting. Currently, the ocean’s temperature is rising at a rate that most marine species simply cannot keep up with. The fish and marine mammals that we know and love have all developed over thousands of years to thrive in their specific environments, however, when that environment suddenly changes, these animals are no longer able to survive. We are currently seeing this in the case of mass coral bleaching, in addition to the loss of phytoplankton.

To help protect marine species, we all need to focus on the role that we play in influencing climate change. By and large, animal agriculture is the leading driver of global greenhouse gas emissions and by consuming meat and dairy products, we are contributing to climate change by association. Luckily, working to solve this problem is possibly the most delicious option on this list, plant-based food! By leaving meat off your plate, you can literally halve your carbon footprint. Even if you choose not to eat meat a few times a day or week, you can make an impact, for the sake of marine animals (and many other animals too).

To learn more about how you can use your food choices to help save species, join One Green Planet’s #EatforthePlanet movement.

Reconsider purchasing coral jewelry or a coral trinket the next time you’re holidaying in the Mediterranean. Contrary to belief, coral is not a plant or a rock; it’s an animal. And one of importance, too! Over 4,000 species of fish alone count on coral, as it serves as marine habitat. Sadly, all of that coral that is crucial to the marine ecosystem is disappearing faster than you’d ever imagine, mainly due to coral demand. To obtain coral, harvesters tend to use dredging, an illegal practice that entails of dragging nets right along the seabed, scooping up everything in its path.

So when you see a pretty coral trinket or bracelet, think again before handing over your money or else you’ll be profiting the industry that’s destroying the oceans and all the life within it.

Between 1970 and 2012, 49 percent of all marine life has been lost all because of senseless human actions. By reducing our fish, plastic and energy consumption, we can help save the oceans, its living inhabitants, and ourselves. We eat, drink and breathe thanks to the oceans yet instead of repaying them, we’re destroying them. So let’s start being part of the solution rather than the problem and let’s all start living consciously, for the sake of our oceans and us.