Plastic Pollution is Killing Plankton. How the Loss of This Species Threatens the Oceans

Imagine the building blocks of our oceans’ food webs being under threat. Imagine the food sources for both tiny fish and massive whales being killed off. Imagine entire ecosystems being thrown off balance because the primary source of nutrition and energy on which they’re built is being assaulted by a combination of climate change and pollution.

Unfortunately, the above scenarios are all very real and happening today. Plankton are under threat from a variety of human activities, and scientists are finding that they are not faring well. As oceans warm and man continues to dump pollution of all kinds into our world’s seas on a daily basis, plankton are finding themselves under increasing pressure just to survive.

What Is Plankton and Why Is It Important?

Before we jump into what exactly is harming plankton, let’s first discuss what exactly plankton is and the role it plays in marine ecosystems. The term “plankton” stems from the Greek word “planktos” which means “drifter.” That’s a pretty accurate description of the lifeforms that fall into the classification of “plankton.”

Phytoplankton are often food for zooplankton and zooplankton then feed a multitude of marine creatures. Sea stars, fish, squid, and even whales feast on zooplankton as their main food source. Without plankton, all of these creatures would be under threat of starvation. So, it’s imperative that plankton are preserved from the man-made threats they are currently facing. 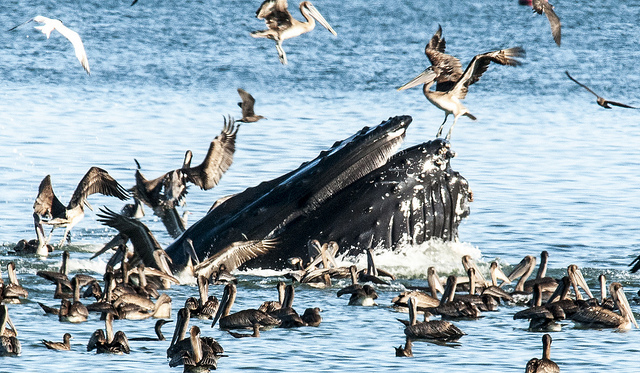 What Is Threatening Plankton?

As with most other creatures on this planet, a changing climate is not a welcome idea for plankton. While scientists can’t be entirely sure how climate change will impact plankton as research on plankton is limited, they have still made some telling discoveries.

Some plankton prefer cold water and have been observed relocating to patches of cooler water as global ocean temperatures increase.  Obviously, this would either leave their predators to starve, or attract these species to areas they did not previously inhabit.

Warm-water plankton are also seeing impacts from climate change. With rising water temperatures appearing to benefit some plankton species and increasing their numbers, ecosystems as a whole stand to be thrown off. Even if these types of plankton and their predators stand to increase in number as the result of climate change, the diversity of the ecosystem is still decreasing and is thus a concern.

Similar to warming ocean temperatures, nutrient inputs can have impacts on diversity and availability of many plankton species. As excess nutrients like nitrogen and phosphorous leave agricultural operations on land, they enter the ocean where they begin to meddle with the balance of the ecosystem.

Some phytoplankton benefit greatly from the extra nutrients and their numbers explode. This can result in large sections of coastal areas engulfed in algal overgrowths, some of them being toxic. Such a strong swing of the pendulum in one direction is not healthy or beneficial for the entire ecosystem as a whole. The population of the few strains of phytoplankton blooming will not be able to sustain itself, but first will sicken and kill off fish, marine mammals, mollusks, and anything else in its path unable to escape before the population surge dies out.

Again, a few species of phytoplankton appear to benefit temporarily from man’s impact on the environment, but as a whole, plankton numbers are not stable, and thus neither is the rest of the ecosystem supported above it. 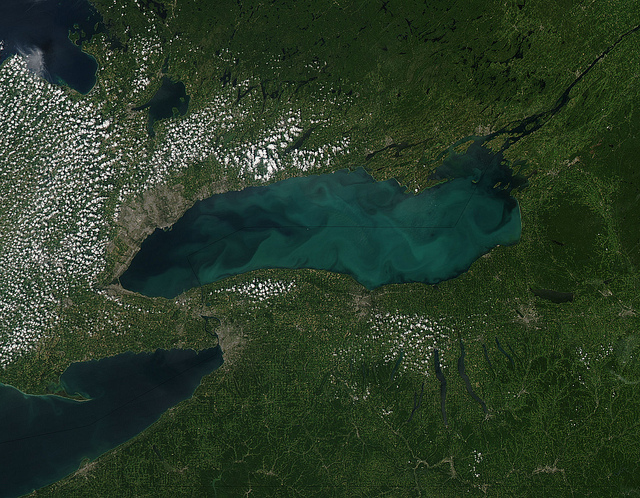 It may not exactly be breaking news that we’re trashing our oceans with plastic. But scientists are still making new discoveries around how this is impacting marine life and especially plankton.

Recently, scientists observed some species of zooplankton actually eating plastic! This discovery is really bad news for not just plankton, but the massive amount of life they also support. Microplastics (tiny pieces of plastics that have broken up) resemble the food of zooplankton and thus become enticing to a hungry little crustacean.

And why is it bad for the building blocks of all other ocean life to be ingesting plastic? In short, plastics introduce a variety of toxic chemicals into their host. Whether these be chemicals stemming directly from the plastic composition itself (like BPA), or a toxin that attached to the plastic while it spent time floating in a marine environment (like DDT), anything that eats plastic stands to be impacted by the toxins. Not good for any ocean life.

Little Changes Can Have Big Results

So, it’s becoming more and more apparent that we’re putting plankton into a pretty rough spot. Assaulting these little lifeforms from all sides is going to have some major implications for both plankton and the rest of the ocean life they support. Here are just a few ways you can live a lifestyle that’s more friendly to all of marine life, starting with plankton!