When environmental artist Mara Haseltine took part in a study of the oceans’ health as the artist-in-residence for two and half years through Tara Oceans, her life was forever changed. She observed and participated as the group studied plankton in order to ascertain the temperature of the oceans, but what they found was completely unexpected.

Plankton are a vital part of the earth’s ecosystem, producing between 50 to 85 percent of the oxygen on the earth.  Yeah, we’re gonna say that’s pretty important. If forests like the Amazon are the land-based lungs of the planet, plankton act as the lungs of the ocean by cleaning out the CO2 from the ocean and converting it into oxygen.

They’re also decreasing in huge numbers. Some forms, specifically the plant-based phytoplankton, have decreased by as much as 40 percent since 1950. In an effort to study why this was happening and test the general health of our oceans relative to plankton health, Haseltine and Tara Oceans took plankton samples from all over the world.

Upon looking at them under a microscope, the findings were stunning.

Able to see what the organisms had been consuming when viewed under high powered microscopes, nearly all of the various samples of plankton contained tiny threads of plastic. Tiny plastic bits, like those you’d find in the fibers of a shirt, the breakdown of bags or bottles or from microbeads (a product so damaging that the state of California is looking to ban it) just to name a few, create a microscopic threat when placed in our oceans. The results of which are turning out to be devastating.

Compelled to take action, Haseltine joined forces with director Emily V. Driscoll of BonSci Films to take part in the documentary, “Invisible Ocean: Plankton & Plastic” (which you can view in its entirety up above!) in order to share her artwork by raising awareness of the threat our entire ecosystem faces at the hands of microplastics.

Creating beautiful glass sculptures meant to evoke the image, shape, and feel of plankton that have been ensnared in plastic. Likening plankton to Mimi from the tragic opera La Boheme, the artist’s intention is to have people fall in love with this dying figure and feel compelled to alter its fate. 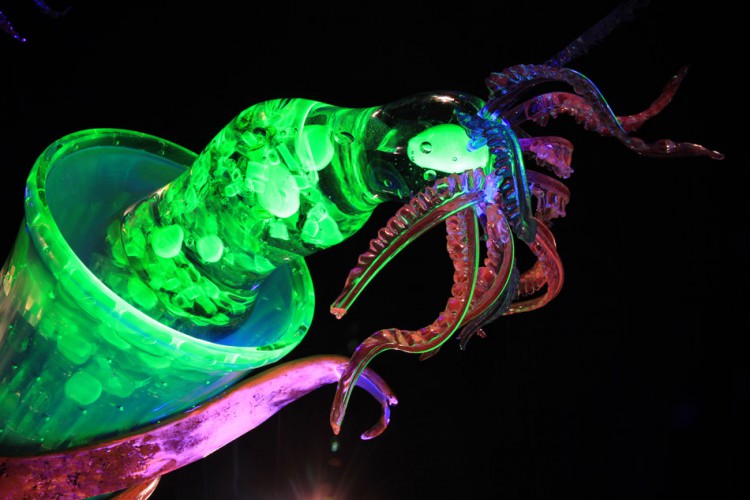 “The microscopic world affects us as humans, but these things that happen in the sea are out of sight out of mind,” says Haseltine. She goes on to say,  “I wanted to make La Boheme larger than life so people could sort of see the drama and see what was happening and how that directly affects their lives.” 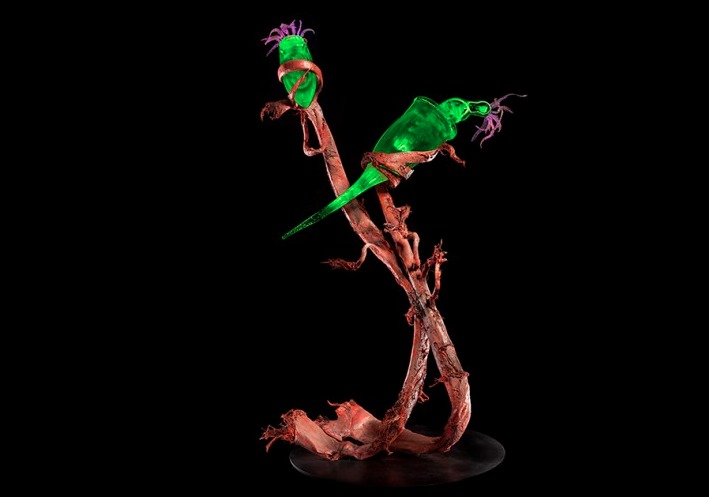 The four year study by Tara Oceans has very recently grabbed national attention in both the New York Times and  Science Magazine, illustrating how weighty a responsibility to ourselves and future generations we have to employ more sustainable practices when it comes to the products we produce, consume, and procure. By purchasing water bottles made of glass or stainless steel, avoiding face washes that contain microbeads (which go down the drain and are too small for water treatment plants to filter out), bringing our own shopping bags, and purchasing clothing made from non-synthetic fibers, we can all start to change the things that end up in our environment. 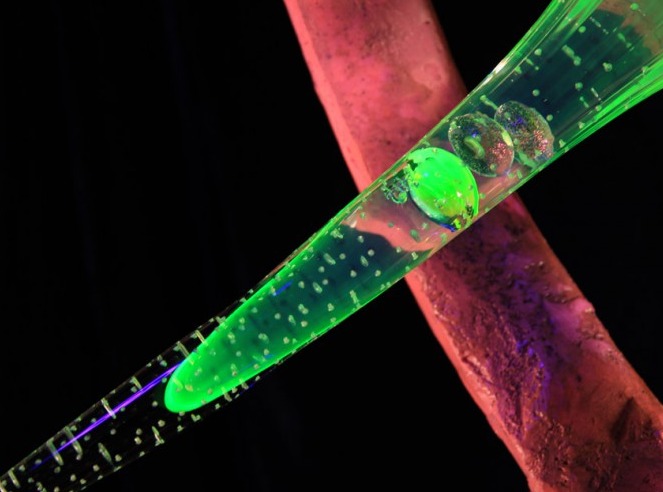 One of the things that we love here at One Green Planet is showcasing the work of talented artists who use their skills to bring awareness to the environmental and animal issues. From sculptors who turn trash into incredible works instead of landfill fodder to painters who design murals centered around endangered animals and photographers who make chilling landscape installations out of found plastic, we applaud those who urge others to make the connection using the language of art.

If you’d like to learn more about how you can get involved in order help out the health of these ecosystem warriors and the ocean, you can visit 5Gyres for tips. There’s also an app you can download that scans a product’s barcode in order to tell you whether or not the product contains plastic microbeads. The same site allows you to also make a donation to the Plastic Soup Foundation, an organization that works to prevent, remedy, and research the breakdown of plastics in our oceans. You can also visit the Plastic Pollution Coalition to take the pledge to refuse plastic.

From the largest animals to the most infinitesimal, we all have a vested interest in the health and well-being of earth’s creatures. Let’s face it, what’s good for the plankton, ultimately, is going to be good for everyone.