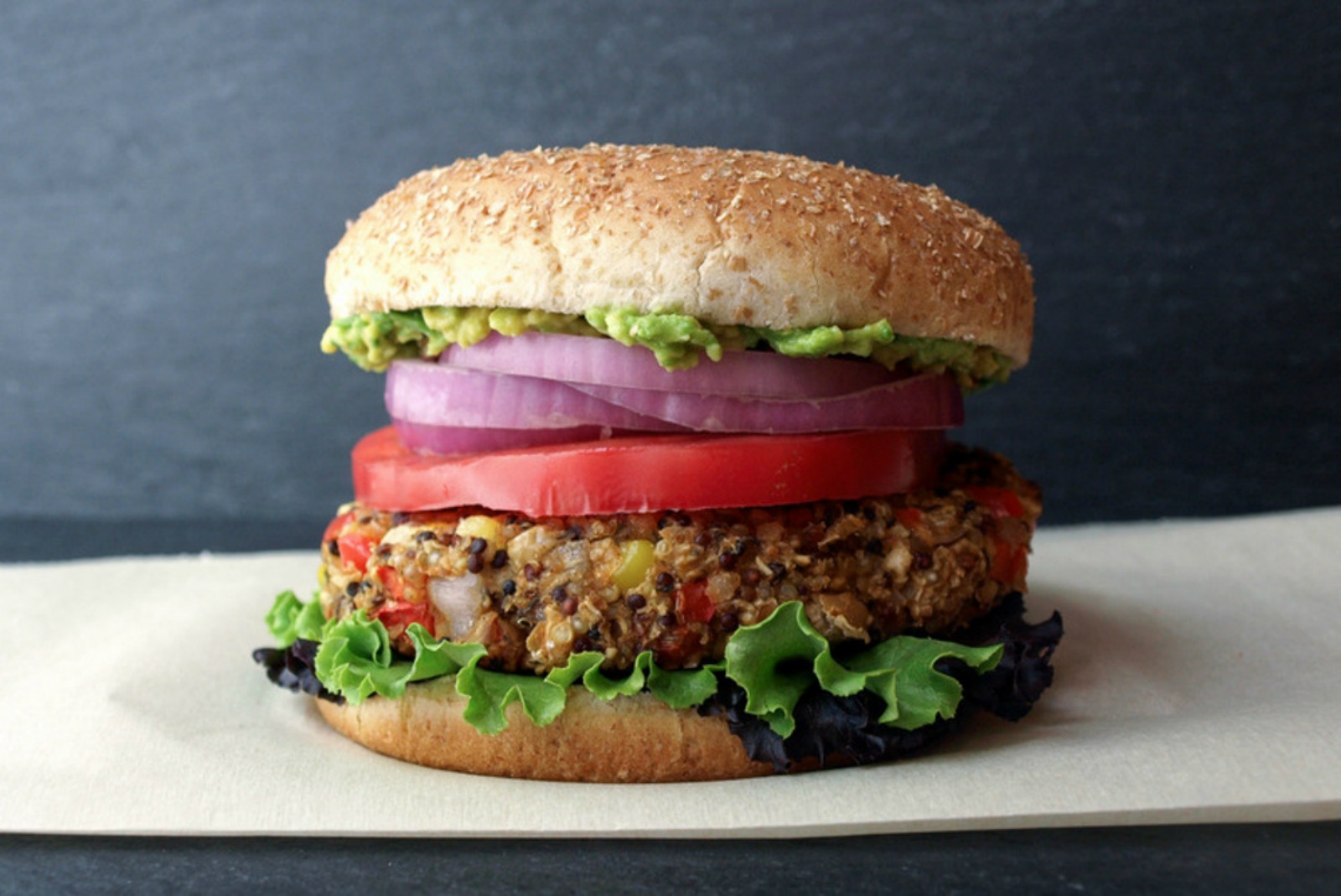 If you started to pay attention to key facts surrounding the current state of the planet, I wouldn’t fault you for turning a blind eye and pretending like you just woke up from a terrible nightmare where climate change, species extinction, and environmental degradation were bad ideas invented by your overactive imagination. After all, who wants to feel powerless and deathly afraid about the future? But that’s where most people will find themselves if they think about what we humans have managed to do to the planet since the dawn of the industrial revolution – a mere 250 years ago.

At the heart of the problem lies the fact that the very systems and industries we depend on to make the products and services we think we can’t live without are degrading the land, water, and air we need for survival. Take the food industry for instance – there is no easy way to put this, but the global food system is broken.

Nearly one in eight people still go to bed hungry, while we in the developed world are literally eating the planet into extinction. With the world’s population estimated to grow to nine billion people by 2050, more food will have to be produced globally over the next 40 years than has been during the past 10,000 years combined. In order to just meet the current demand, our food system is already draining our non-renewable natural resources like arable land and freshwater and pumping our environment with pollutants and greenhouse gases, so more of the same is just not going to be good enough.

While consumer trends in the food space are finally starting to shift for the better (in the U.S. at least), I wanted to understand how businesses are going to rise to meet the challenges we face globally. So, I met with Vishal Vasishth, a venture capitalist who co-founded Obvious Ventures with Evan Williams (co-founder and former CEO of Twitter) and was previously Chief Strategy Officer at Patagonia to get his take.

In the past few months, Obvious Ventures has emerged as a new type of fund which is looking to invest in businesses that are making a positive impact in the world with their products and services. While Obvious Ventures has a broad focus on “World Positive” businesses across industries, their food investments in plant-based meats and cheeses, particularly, grabbed my attention. I was curious to get a better understanding of what Vishal and the team at Obvious believed were the biggest challenges and opportunities in food and what the building blocks of successful companies are in this space.

“Profit is not the goal, because, as the Zen master would say, profits happen when you do everything else right” ~ Yvon Chouinard.

While the above quote from Patagonia’s iconic founder was in reference to Patagonia’s business philosophy, there is an important lesson here for all aspiring sustainability problem solvers. Vishal Vasishth, who spent over 10+ years at the company knows this only too well.

“At Patagonia, we viewed ourselves as part of the planet and not above it, and in that context made decisions that are good for the business and the world,” Vishal told me during our conversation.

He now carries over this purpose and planet-centric thinking into Obvious Ventures, where they believe that systemic challenges of our times are great opportunities to build good businesses. “Entrepreneurship is the pursuit of opportunity and pursuit of opportunity is about solving a certain problem, and if that problem is a systemic challenge of our time, the solution you come up with could end up reimagining entire industries,” Vishal explained, in reference to his new investment thesis at Obvious Ventures.

Vishal makes a great point because the greater the social and planetary impact of the problem, the greater the opportunity it presents. While this may seem like a bit of a contrarian approach from an investor’s standpoint, Vishal and Obvious Ventures’ thinking is that purpose-driven businesses are great bets because of their purpose-driven missions, and not in spite of it.

But merely having a big world-positive mission is not going to get you too far if you can’t solve the problem the right way. So the question is, how can it be done?

As Vishal put it, “If you are driven by a social cause, and you say, that’s my inspiration and I am building a company around that, it can become your mission, vision and value set. But that’s just one part of it; you have to build a product that’s not only inspired by the systemic challenge, but is also desirable to consumers. Both elements have to be there for a company to succeed.”

In other words, most people are buying Tesla and Patagonia products because they are great products, and the fact that they fulfill some greater purpose is just an added benefit.

Let’s apply this thinking to the food industry. The challenge we face is pretty apparent and while every little bit we can do, from reducing food waste to cutting down consumption of unsustainable foods plays a role, what we really need now are products that consumers desire, but also have the ability to transform the food system from the inside out.

Protein is the Biggest Challenge (and Opportunity) in the Food Industry

The food system is incredibly complex and will require solutions from the demand and supply side of the problem for us to have any hope to sustain nine billion people on this planet. However, solving the protein challenge is at the core of it.

The Challenge:  The demand for protein is high in the developed world (an average of 103g/person/day is consumed today), and with rising incomes it is also growing rapidly in the developing world. Currently, this rising demand is being met by increasing the production of meat and other animal products, which is expected to double by the year 2050. This is terrible news for the planet. With 45 percent of land worldwide already being used by animal agriculture and another 33 percent just to grow livestock feed (dependent on commodity crops like soy and corn a that are devastating the planet). We can’t possibly afford to rely on livestock production – an industry the United Nations Food and Agriculture Organization (FAO) estimates that livestock production is responsible for 14.5 percent of global greenhouse gas emissions, while other organizations like the Worldwatch Institute have estimated it could be as much as 51 percent – to feed the world.

The Opportunity: Get people to choose more sustainable sources of protein and minimize our reliance on livestock production to feed a growing population. More specifically, turn to plants as our direct protein source.

“Plant-based protein is an area of interest from a demand and supply perspective,” says Vishal. “Products in this category have the ability to address the resource consumption challenges we face, while meeting the needs and desires of consumers for healthier, cleaner sources of protein and other nutrients without compromising on taste.”

Vishal and the team at Obvious are already focused on shepherding innovative solutions by investing in companies like Beyond Meat (plant-based meats) and Miyoko’s Kitchen (plant-based cheeses). Quite simply, they recognize that animal agriculture is at the core of our broken food system and it’s time for innovation and bold businesses to reimagine staples like meat and cheese if we are to sustain our growing population.

Obvious Ventures are not the only one’s who see this opportunity. Venture capitalists like Google Ventures, Khosla Ventures, Bill Gates’ Gates Ventures, SOSventures and Horizons Investors are betting millions in companies like Hampton Creek,  Impossible Foods, Lyrical Foods, Muufri, Modern Meadow and others to develop foods of the future that simply take animal agriculture out of the equation.

“We want to provide alternatives to existing paradigms,” says Vishal, as he explained why venture capitalists like him and many others are increasingly investing in vegan/plant-based foods.

I can’t think of a bigger paradigm shift than creating great products that play a role in convincing people around the world to choose plant-based sources of protein without feeling like they are missing out on the foods they love.

The New Age of Conscious Consumers and Businesses

In my opinion, two big things need to change for us to have a glimmer of hope for the future. Firstly, consumers need to rethink their daily choices, and producers/businesses need to reimagine the systems and industries that power modern society and the global economy. As the largest and fastest growing publishing platform in the food sustainability and green space, we here at One Green Planet focus on the former, while highlighting the great strides the world is finally starting to make on the latter. You need both to happen in parallel for real systemic changes to unfold, whether it is automobiles, health care, or for that matter, protein.

Paying attention to the problems that face our planet should not be scary, and bold ideas like reimagining staples such as meat and cheese by using plants should not be dismissed as trends but viewed as the key to a truly sustainable tomorrow. In fact, the people who dare to meet such challenges head-on with creative solutions are the only ones that stand a chance of being the Elon Musk’s and the Yvon Chouinard’s of the future.