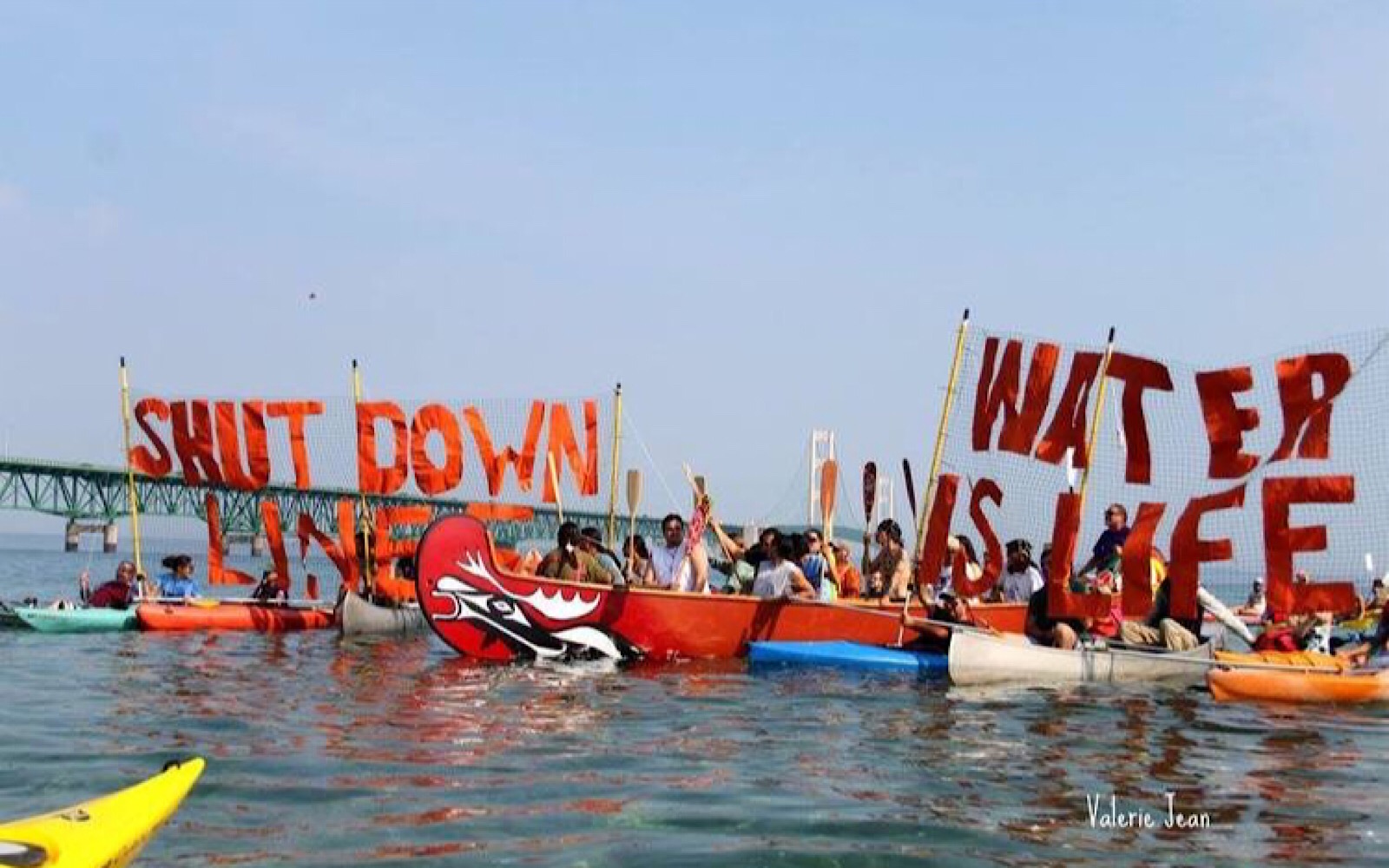 There is no doubt that our planet’s oceans vitally need our help. Between the proliferance of oceanic dead zones – caused by large-scale pesticide and fertilizer usage, together with waste from the animal agriculture industry – the scourge of overfishing, oceanic acidification, and the vast amounts of plastic waste that we deposit into our oceans each year, the list of problems besieging our oceans seems endless, and it is easy to despair for the future.

It can seem impossible to imagine how these problems will be solved, but luckily, there are many awesome individuals and organizations out there who are determined to conserve our oceans. Uplifting stories can do a great deal to inspire us in our everyday lives, so with this in mind, we have profiled a few incredible marine organizations from around the globe whose work is making a real difference in the fight to save our oceans.

Take 3 is an Australian organization that urges beach-goers to take just three pieces of trash away with them every time they visit a beach. Sadly, beaches around the world are littered with trash – indicating a much larger problem with plastic pollution in the oceans – so this one step can make an enormous difference. 300 million tons of plastic are produced across the globe each year. Most plastic waste is sent to landfills, where it can cause significant problems for local ecosystems, but an estimated 8.8 million tons of it end up in our oceans. By encouraging people to pick up just three pieces of trash from beaches whenever they visit, Take 3 hopes to turn the tide against this growing threat. 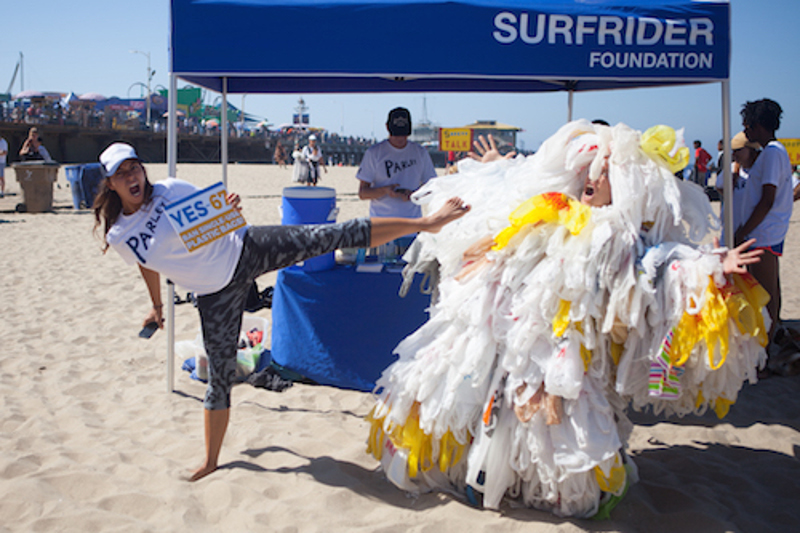 Seven hundred marine species are at risk of extinction due to the sheer volume of waste that we throw into the oceans every year. There are a number of major “trash islands” in our oceans. The most well-known of these – the Great Pacific Garbage Patch – is twice as large as the state of Texas! There are 46,000 pieces of plastic in every individual square mile of the ocean, and researchers have predicted that if humans’ current plastic consumption habits continue, there could be more plastic than fish in the oceans by the year 2050. The Surfrider Foundation – an organization that regularly co-ordinates beach cleanups and other coastal preservation campaigns across the U.S. – is determined to change that prediction. They are “dedicated to the protection and enjoyment of the world’s oceans, waves, and beaches through a powerful activist network,” and they have local chapters in many major U.S. cities. Click here to find out how you can get involved.

Coral reefs are one of the most amazing forms of marine habitat that we humans have yet discovered. They cover just 0.1 percent of the oceans’ total habitable area but nurture an estimated 25 percent of the oceans’ animal species. 500 million people around the world rely on coral reef systems for their livelihood. Sadly, coral reefs are under threat due to factors such as ocean acidification and warming. A shocking 27 percent of Earth’s coral reefs have already died, with a further 60 percent set to follow over the next thirty years. Much of this damage has been linked to the worldwide increase in methane and carbon dioxide gas emissions. Animal agriculture plays a major role in this situation – contributing to anywhere between 14.5 percent (a United Nations estimate) and 51 percent (the Worldwatch Institute’s calculation) of our planet’s total greenhouse gas emissions.

Protecting coral reefs involves building up a dedicated body of knowledge about them, which is where ReefBase comes in. ReefBase is a global information system for coral reefs, with dedicated sections on conservation projects, breakthroughs, and valuable research that is being done across the globe to help save these vital marine habitats. This organization serves as the official database of the Global Coral Reef Monitoring Network (GCRMN), as well as the International Coral Reef Action Network (ICRAN). It is based in Penang, Malaysia, and it hopes that its data will serve as a “computerized encyclopedia and analytical tool for use in reef management, conservation, and research.” 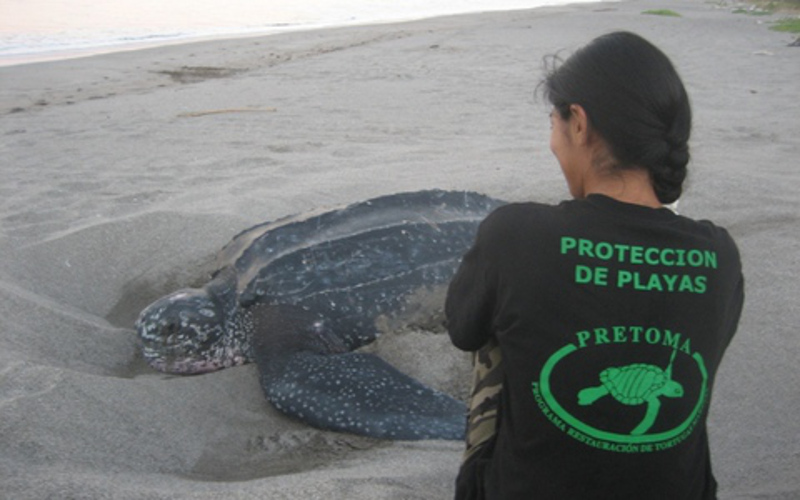 Costa Rican marine preservation group Pretoma made waves earlier this year when they spoke out against Costa Rican officials’ failure to clamp down on the country’s role in the international shark fin trade. An astounding 73 million sharks are killed worldwide every year to satisfy human demands for shark fin soup, and this has had a devastating impact on the planet’s shark populations. More than two hundred shark species are listed as endangered by the International Shark Foundation, while some species have seen their numbers decline by as much as 98 percent. Costa Rica has become a focal point for this cruel trade – despite an official, but largely unenforced, 2001 ban on killing sharks for their fins – and Pretoma is on the front lines of the fight to stop this. They also seek to protect many more marine animal species in Costa Rican waters. Check out their awareness and advocacy campaign, Sharks Alive.

Woods Hole Oceanographic Institution (WHOI) is an incredible institution composed of scientists and engineers who are “committed to understanding all facets of the ocean as well as its complex connections with Earth’s atmosphere, land, ice, seafloor and life – including humanity.” WHOI is dedicated to resolving some of the most urgent problems currently being faced by our oceans, in addition to training future generations of ocean science leaders, providing unbiased information to help inform public policy, and raising awareness about the importance of protecting oceanic resources. You can find out more about them here.

You Can Help Too

The work of these organizations – as well as many others – gives us a glimmer of hope that our own everyday conservation efforts are not in vain. So long as there are people out there who are willing to fight the good fight and continue speaking out on behalf of marine conservation, all is not lost. To find out more about how you can take action to help our oceans every single day, read the posts below:

And finally, if you want some more encouragement that we do have the ability to help our oceans, if we are willing to work together and come up with innovative solutions, check out our post: These Awesome Breakthroughs in the Fight Against Plastic Pollution Will Give You Hope.