These Awesome Breakthroughs in the Fight Against Plastic Pollution Will Give You Hope! 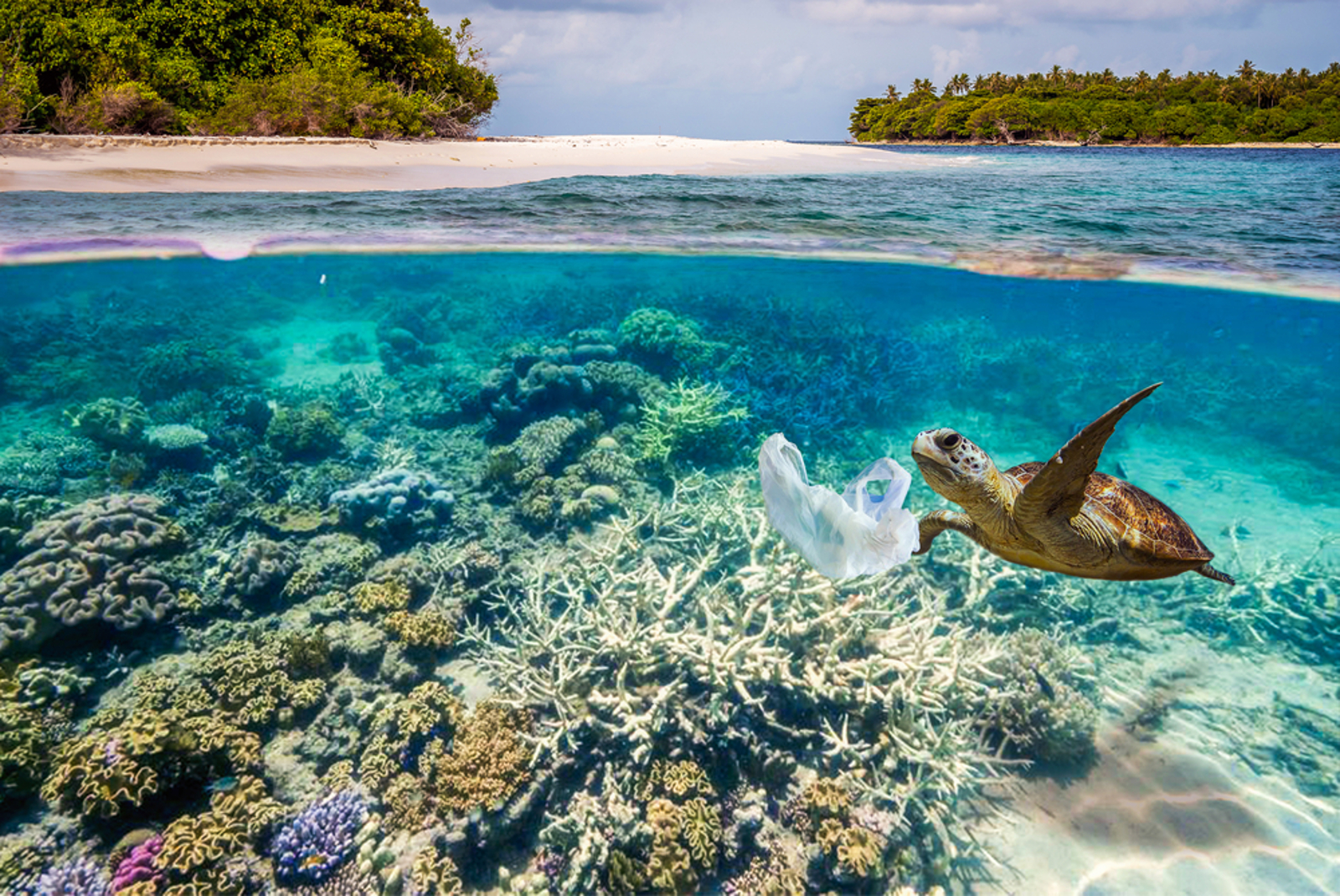 There is no doubt that we have reached crisis point with our plastic obsession. This material is seemingly ubiquitous in everyday society, used to wrap just about any product you can think of on grocery store shelves. Given the durability and convenience of plastic, it is easy to see why it has become so popular. However, the shocking truth is that unless we humans manage to ditch our attachment to plastic, it may end up destroying life on our planet as we know it.

Every year, we produce 300 million tons of plastic globally and only around 12 percent ends up recycled. All other plastic typically ends up in a landfill, causing  serious environmental problems for people, animals, and ecosystems. Meanwhile, an estimated 8.8 million tons of plastic waste escape landfills every single year and make their way into the oceans. There are now five known “trash islands” in our oceans. The most well-known trash island – the Great Pacific Garbage Patch – is twice as large as the state of Texas!

Approximately 270,000 tons of plastic debris are located on the surface of our oceans alone, while 700 marine species are at risk of extinction due to the volume of waste that we throw into the oceans every year. Researchers have predicted that if this trend of irresponsible plastic disposal continues, there could be more plastic than fish in the oceans by the year 2050. This has profound implications for human life, as oceanic ecosystems provide us with a staggering 70 percent of the oxygen we breathe. To put it simply, in the words of Sea Shepherd’s Captain Paul Watson, “When the oceans die, we die.”

However, in the face of this rather depressing outlook for our future, the heartening news is that many people are beginning to step up and take actions that will help us to resolve the crisis before it’s too late. Here are a number of innovative breakthroughs in the fight to curb the world’s plastic pollution problem, that show together, we can make a real positive change.

1. Incredible artists are shedding a much-needed light on the problem. 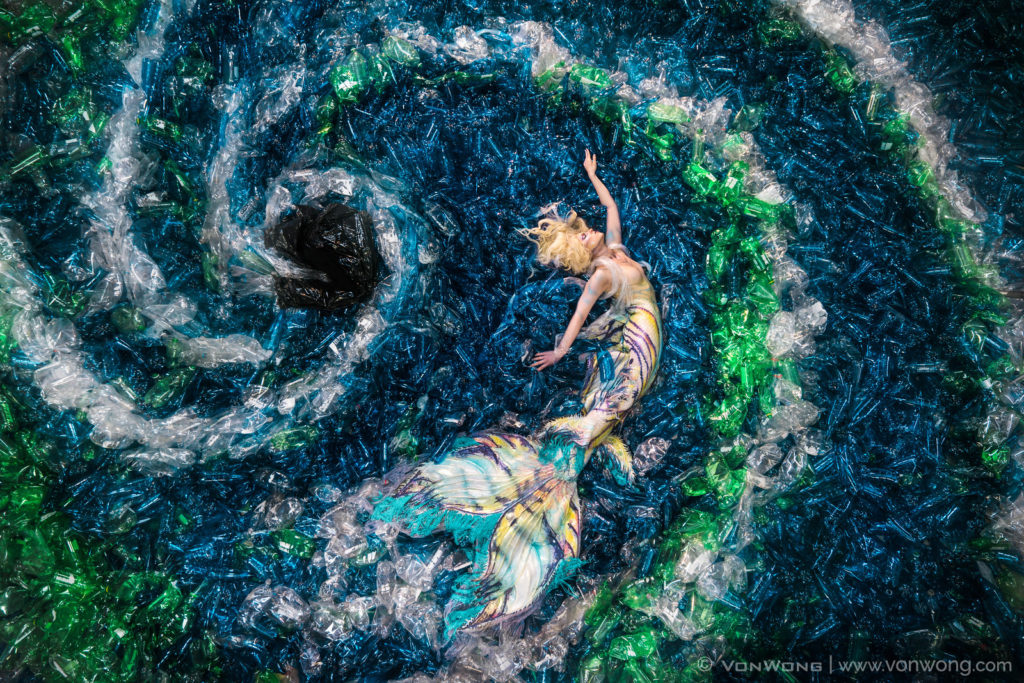 Public apathy and inaction are major stumbling blocks to resolving any major social or environmental issue. One effective way to combat these problems is to grab people’s attention with a creative visual message. A growing number of gifted artists, including Serge Attukwei Clottey, James Whitlow Delano, Von Wong, and Veronika Richterová are using plastic waste in their work as a way to draw attention to the world’s trash problem.

2. Low waste and zero waste towns are growing in number.

In recent years, cities all over the world have been launching initiatives to cut down on their waste, or even become “zero waste” areas (which would mean that all of the city’s waste is recycled or reused, rather than being sent to landfill). The village of Kamikatsu in Japan is well on its way to becoming the country’s first zero-waste community by the year 2020. It attracts an estimated 2,500 eco-conscious visitors a year and runs a Zero Waste Academy that aims to spread awareness of the village’s efficient way of life. San Francisco already manages to divert 80 percent of its waste away from the landfill system and has declared its intention to become a zero waste city by 2020. Sweden is a shining example of an entire country that has managed to recycle its waste so effectively, it now produces none, and has to import waste from other European companies in order to keep its waste processing plants open!

3. Even in cities that have not yet committed to going waste-free, small steps are being made to curb the plastic problem. 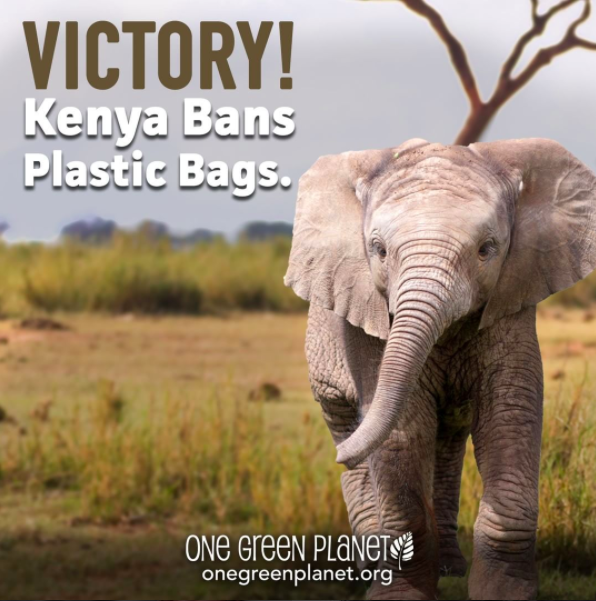 Just last month, Kenya declared a ban on the manufacture and importation of plastic bags: a step that will make an enormous difference to the people and wildlife of the country. At the beginning of this year, the city of Delhi in India announced that all forms of single-use plastic (such as plastic bags and cutlery) will be banned in the city! Meanwhile, zero waste grocery stores have begun to spring up in cities all over the world, reflecting the growing trend for a more minimalist approach to life.

4. There has been a global push to ban microbeads.

Microbeads are tiny plastic beads that are commonly added to skin care and other cosmetic products to provide an exfoliating effect. They are small enough to bypass most water treatment systems, and can therefore flow out into the oceans unimpeded, where they end up causing massive damage to marine animals and habitats. At the end of 2015, former President Barack Obama signed an official ban on the use of these beads in cosmetic products. The UK is seeking to ban microbeads this year, while similar proposals have been put forward in New Zealand and Australia. Meanwhile, a number of cosmetics companies – including large household names such as Unilever and Johnson & Johnson – are taking steps to voluntarily remove microbeads from their products.

5. One company called The Ocean Cleanup is making a concentrated effort to clear trash from our oceans.

The Ocean Cleanup – founded by young entrepreneur Boyan Slat – is well on its way toward carrying out its ambitious plan to halve the amount of waste in the Great Pacific Garbage Patch in just one decade. Using a specially designed, V-shaped ocean barrier that will collect trash from the Patch – while allowing the maximum possible amount of plant and animal life to pass through unhindered – Slat and his team have carried out a number of expeditions and tests, and are ready to begin the full-scale cleanup of the Pacific in 2020.

6. Pioneering technologies have been developed that aim to collect plastic from trash hotspots before it can be washed out to sea. 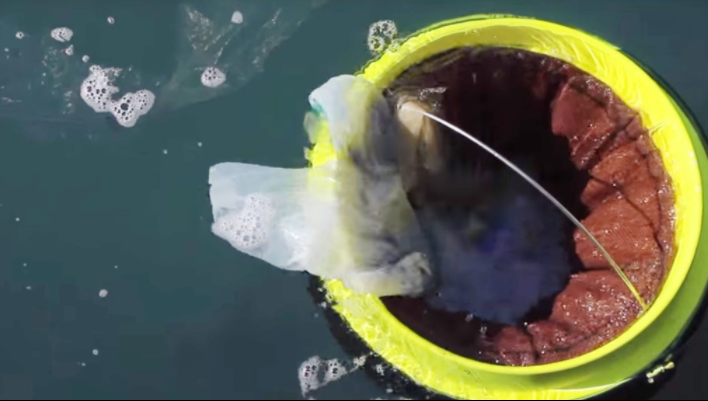 At the end of 2015, a company called SeaBin developed an amazing type of “floating trash can,” designed to collect harmful fuel, detergent, and plastic waste products from areas such as yacht clubs, harbours and marinas, where this waste tends to accumulate before being washed out to sea. The Seabins are set to be officially launched in April 2017! Innovative microfiber catching technologies have also been designed for washing machines. They aim to prevent tiny microplastics in synthetic fabrics from being washed out into water treatment systems.

What Can We Do to Help?

All of these innovations in the fight against plastic pollution ought to give us hope. Perhaps the most important breakthrough of all, however, is the fact that everyday consumers are becoming more conscious of the detrimental effects that plastic can have on land and marine ecosystems throughout the world, and are being inspired to take action.

You can make a real difference in the fight to save our planet from the devastating impacts of plastic pollution by simply reducing the amount of plastic you use in everyday life. One example of this could be a decision to ditch single-use plastic bottles or cups in favor of reusable ceramic or steel portable cups. Bringing a cloth bag with you to the grocery store, rather than picking up a plastic bag, is another powerful step you could take. The articles below will give you more tips on how to start moving away from excessive plastic in your life.

Joining One Green Planet’s #CrushPlastic campaign is another great way to help make a difference for the planet.