Your Laundry has a Dirty Secret … and It’s Harming Marine Species and Humans! 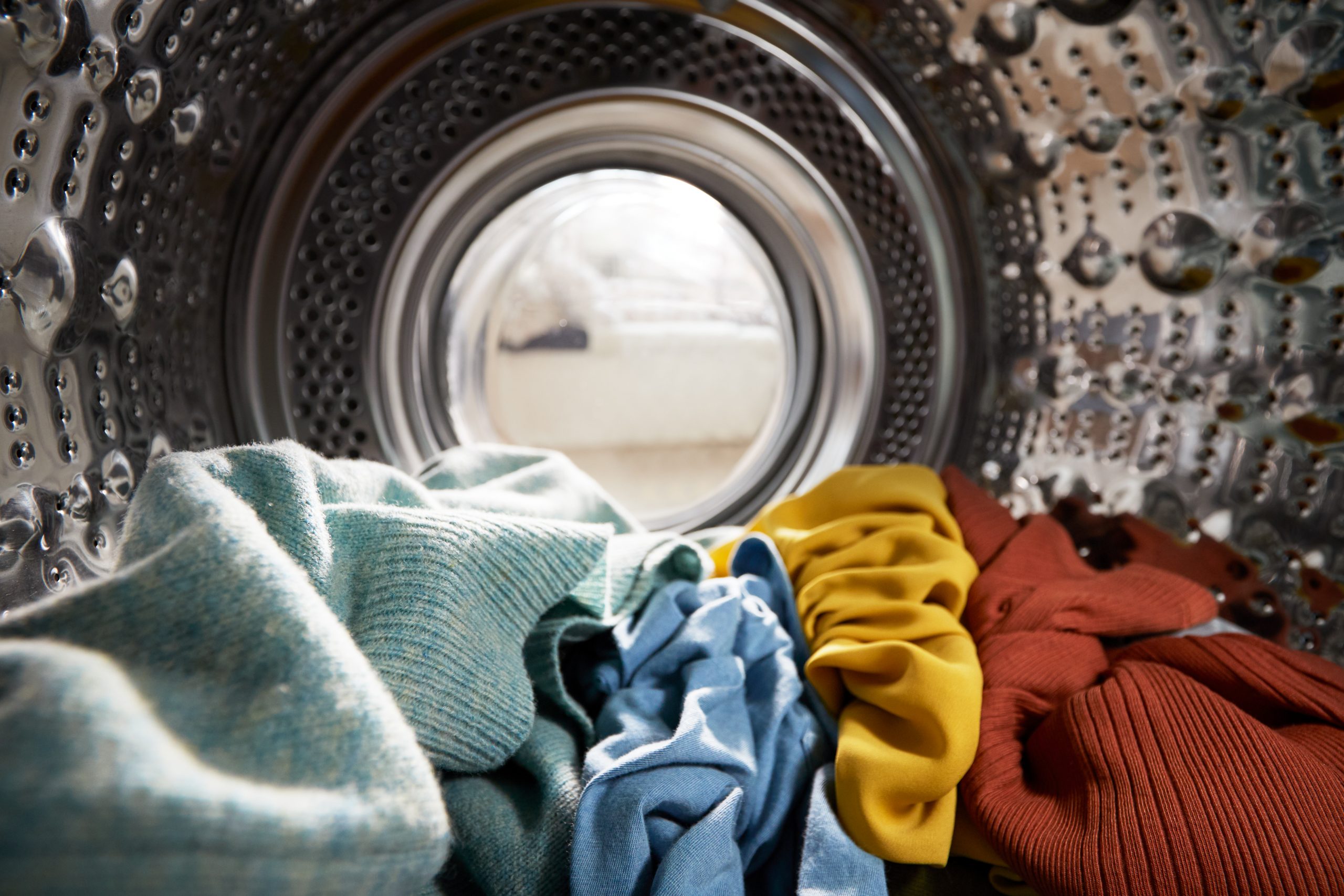 It is estimated that there are around one million different species living in the world’s oceans. That’s one million plants and animals, big and small who share this big blue planet we call home. There are surely thousands of marine species that you’ve never heard of living in the depths of the oceans … but there is also one oceanic inhabitant that we are all too familiar with who has up and abandoned their terrestrial home in favor of a marine abode.

No, we’re not talking about a rare species of dual-terrestrial-aquatic dolphin (although that would be awesome) we’re talking about plastic. Surely, you’re familiar with plastic’s particular affinity for the ocean. And don’t get me wrong – as Green Monsters, we all do our very best to keep plastic out of the ocean. We use cloth bags in the grocery store, carry a reusable water bottle at all times, and even switched our exfoliating face wash to a brand that didn’t use plastic micro-beads. While these actions are awesome and are helping to make a difference … there may be another source of rogue plastic invading our oceans that you should be on the lookout for.

The plastic in your clothes.

Chances are you just did a quick scan to check if you were wearing any plastic and might be a bit confused. Although it might not look like, the majority of our clothing is composed of plastic, in the form of microfibers. If you are wearing a synthetic material, such as polyester, nylon or acrylic, your clothes are made up of tiny threads of plastic. While this might not seem like such a huge deal … it turns out it is.

In 2011, ecologist Mark Browne published a study, Accumulation of Microplastic on Shorelines Worldwide: Sources and Sinks, where he collected samples of sediment from 18 different shorelines across six continents, ranging from poles to equator. While surely Browne unearthed a plethora of pollution, what stood out the most was the number of plastic microfibers he found mixed into the sediment. An astounding 85 percent of the man-made materials Browne discovered were these tiny microfibers and they were most concentrated in areas close to sewage outflows, drawing the origins of these fibers back to humans.

Browne discovered that a single piece of synthetic clothing could release around 1,900 microfibers every time it is washed and those fibers end up washed into the sewage systems or local waterways and eventually wash into the ocean. …You might want to rethink your affinity for form-fitting synthetics … When you think about the number of clothing items you wash that are made of synthetics, the amount of microfibers washed into the ocean can easily rank in the 10,000s – multiplied by the millions of other people doing the same across the world, it is a wonder the ocean isn’t completely composed of microfibers.

Sadly, this isn’t where the problem ends …

Microplastics, or any fragment of plastic smaller than 5 millimeters, are easily ingested by marine life – largely they are not even aware they are ingesting these particles. There are many chemical compounds in plastics that are known human carcinogens, for example, PCBs and BPA, and that are commonly found in plastic. These chemicals are capable of bioaccumulating within the bodies of humans and marine species alike. In the North Pacific alone, between 12,000 and 24,000 tons of plastic end up being ingested by marine species a year. Worldwide, about 100,000 animals will unintentionally consume plastic. As smaller fish consume these chemicals their concentration and toxic effect increases as you go up the food chain. When humans are at the top of that food chain, the levels of toxins we consume can be extremely harmful.

These plastics can also contaminate our food and air. According to Browne, “Ingested and inhaled fibers carry toxic materials and a third of the food we eat is contaminated with this material.”

Essentially the plastics we are washing down the drain with our laundry are coming back to haunt us and infecting countless marine species along the way.

In 2013, Browne launched a new project “Benign by Design,” to help reduce the number of microfibers released into the oceans. Working collaboratively with designers to create fabrics that were more durable and released less plastic waste during wash cycles, this project could help stop the problem of microfiber pollution at the source.

So far, Eileen Fisher has been the only brand to sign on – Browne also approached Patagonia (known for their sustainability commitment) but they thought Browne’s findings were too new to validate their action. However, Browne has had a lot of success with Eileen Fisher, around 90 percent of their garments are now made with all natural fibers. The clothing industry has not been known for its focus on sustainability or conservation initiatives which makes Browne’s work even more difficult.

The good news is, the clothing industry is dominated by consumer demand. As more consumers become conscious of the impact their clothing has on the planet – if they ask the industry to be better, there will be no choice but to evolve. When in doubt, shop for clothing made of natural materials, like organic cotton, sisal, linen (made from flax), and hemp. Common synthetic materials you should avoid include: polyester, rayon, modal, spandex, and nylon. Also, be on the look out for bamboo viscose or bamboo rayon, it sounds like a natural material but is derived from plastic. Is there anything better than knowing you can benefit the planet by making simple choices while you shop?