What in the World is a Zero Waste Grocery Store and Why Does the U.S. Need One (or Many)? 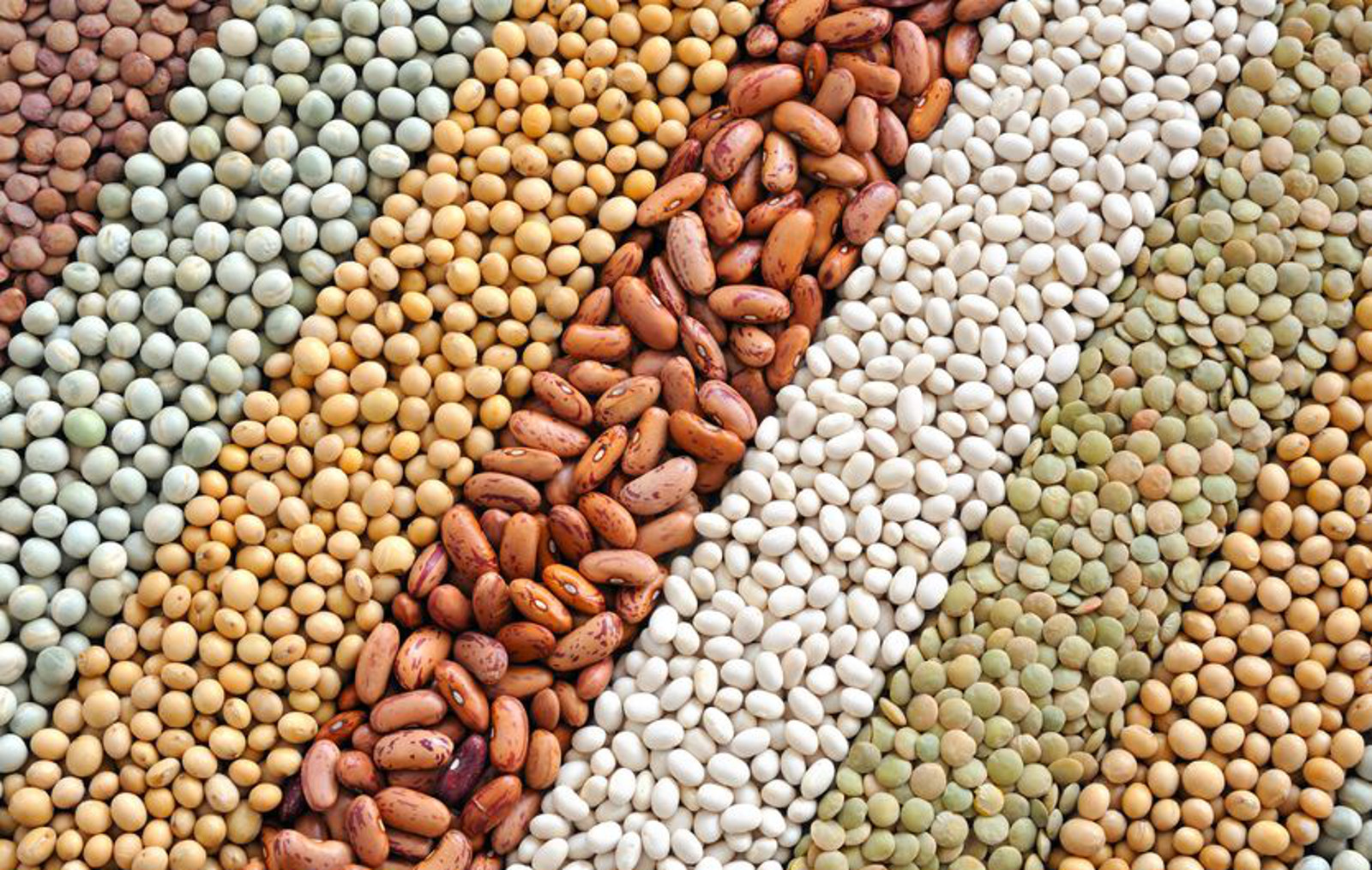 When you think of a grocery store, waste probably isn’t the first thing that comes to your mind. Words like “abundance,” “convenience,” “choice,” and “quality” are probably what’s running through your head as you plot your strategy to zip through the aisles. However, the reality is that our weekly grocery trips are actually wildly wasteful endeavors. If you’re a little confused now, let’s consider for a moment the amount of plastic involved in a single grocery run. Beyond the large plastic bags at the checkout counter (which you’ve likely already replaced with a reusable alternative … right?!), there are plastic produce bags, plastic containers for bulk items, and plastic packaging for all of the processed and portion snacks we love.

Really, the more appropriate question checkers should ask is, “Would you like some food with your plastic?”

The solution to cutting down on all of this unnecessary waste during our personal shopping trips is fairly simple: come prepared with alternate/reusable packaging options. But what if grocery stores did all of that work for us, so we wouldn’t have to drag an entourage of bags and mason jars with us, and deal with all kinds of weird looks from less informed shoppers? We’re talking an entire grocery store completely devoid of any form of plastic or other packaging waste. Sounds like heaven, doesn’t it?

The U.S. Environmental Protection Agency estimates that containers and packaging make up 23 percent of landfill waste. Food packaging and containers make up a large portion of this trash mountain. To put that in a more personal context, it is estimated that the average American creates around four pounds of trash every day, most of which is related to our food habits.

What is the consequence of all this trash? Well, there are around 270,000 tons of plastic floating on the surface of the world’s oceans and an estimated 700 marine species are being threatened with extinction as a result of this waste. Yikes. So, like any Green Monster would deduce: it’s time for a change. 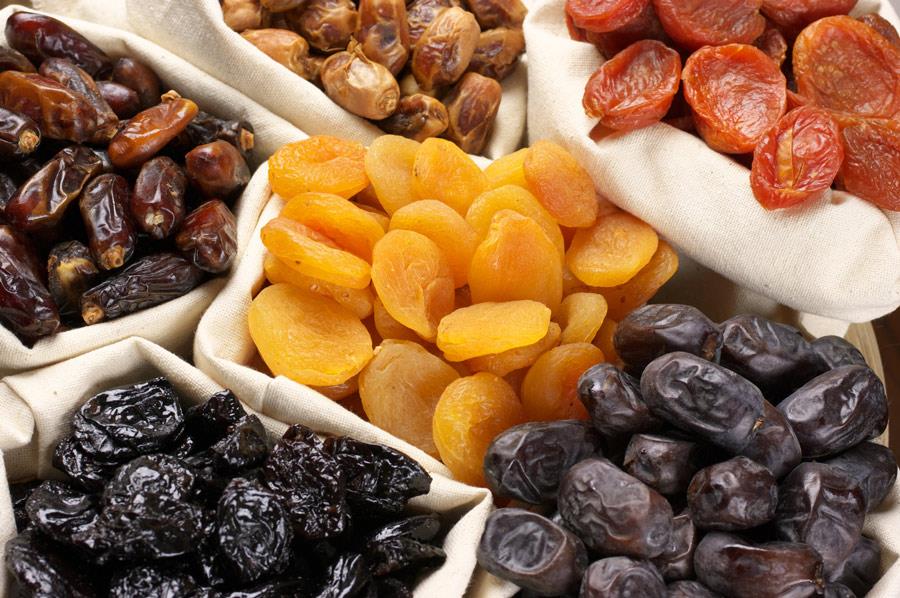 This zero waste dream has already become the reality for Original Unverpackt, a grocery store in Germany that doesn’t sell anything in packages and requires customers to bring their own reusable containers to purchase items.

If you need one cinnamon stick for a recipe, you can pop into Day by day and just purchase a single cinnamon stick. In most conventional stores, you’d have to purchase an entire container of cinnamon sticks – leaving you with a plastic jar and 10 extra stick you don’t need.

Not only does this keep waste out of the trash, but it actually saves money. Bigorgne estimates that the loose products she sells cost about 40 percent less than their conventional counterparts. Sounds like a win-win to us! 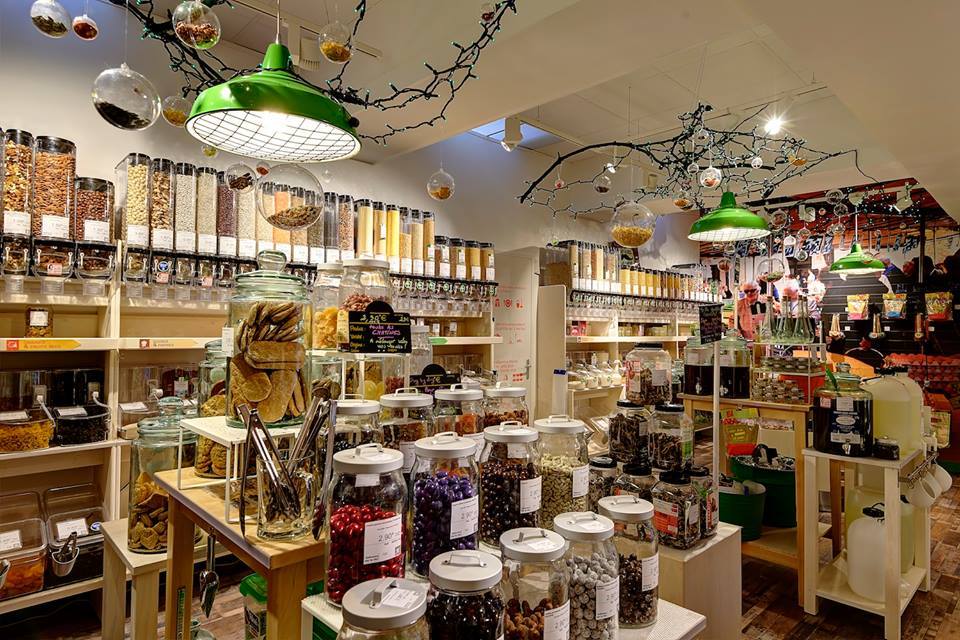 Of course, to an American audience, this sounds a little radical. There is nothing we enjoy more than having stocks and stores of food we plan to eat one day, all neatly sealed in airtight packages (you never know when that zombie apocalypse is going to hit!).

However, this zombie-crazed mindset contributes greatly to the food waste epidemic in the U.S. Every year, we waste around 60 million metric tons of food a year, 32 million metric tons of which end up dumped in landfills. Around 40 percent of the food that we purchase ends up straight in the garbage because it goes bad before we have a chance to eat it. That is a shocking $162 billion worth of food ends up sent to decompose in a landfill where it will spew millions of tons of methane into the atmosphere.

So, what seems more unbelievable now: A grocery store where you can buy only what you need without any of the waste, or continuing to waste food and money while throwing tons of pollution into the environment?

The zero waste grocery store trend is only just starting in the U.S.; so far there is only one completely waste free store, In.Gredients in Austin, Texas. You can work to see more zero waste grocery stores come to life by sharing this article – and what you’ve learned about needless food waste – and asking others to consider the amount of waste generated in their grocery routines. Speak with your local community members and find out what you can do to start a zero waste revolution in your town.

Together, we can turn this tide against food waste.