Plastic Bags Versus Microbeads: What is the Biggest Threat to Marine Animals? 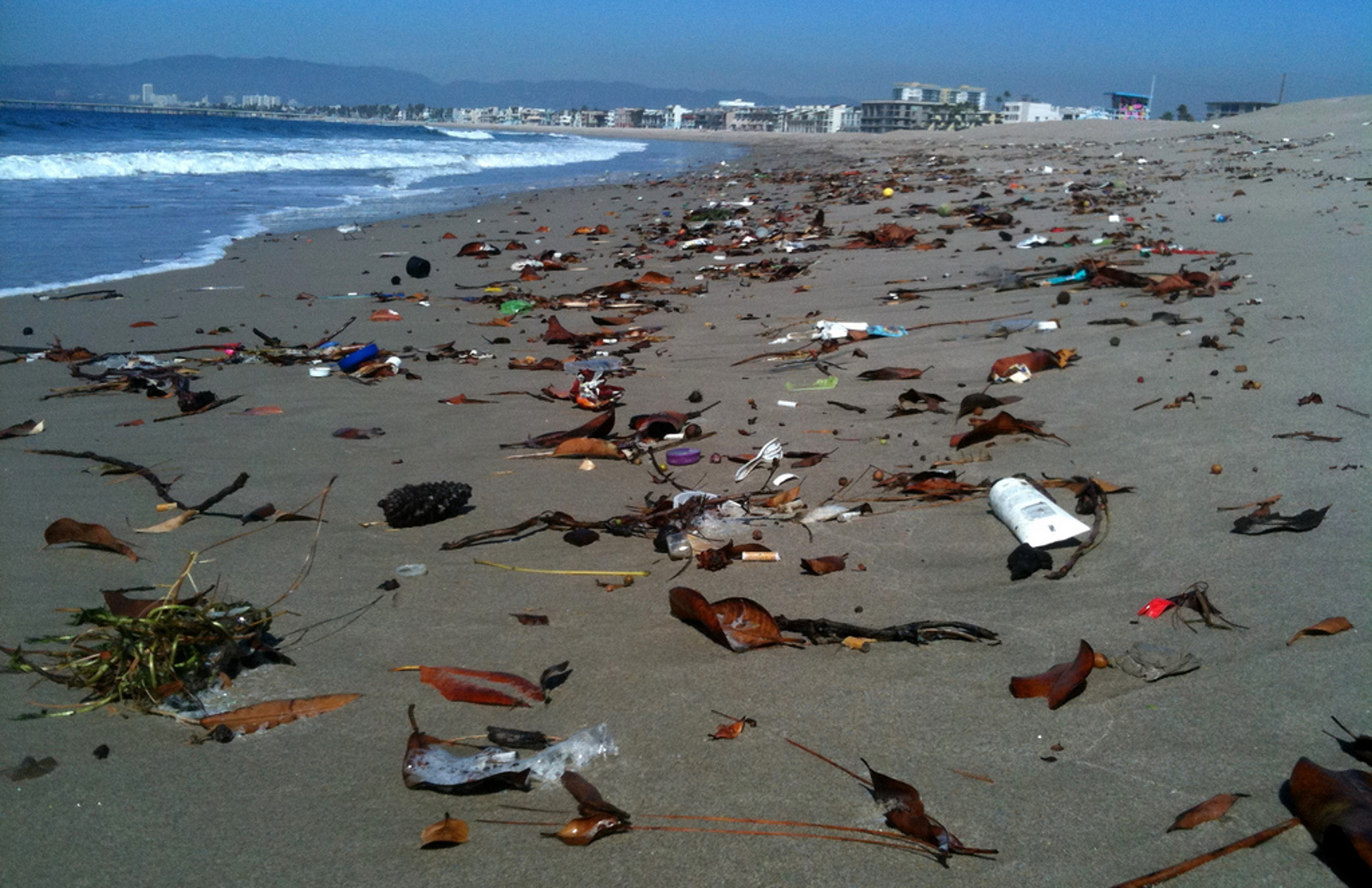 If you consider yourself up-to-date with current trends around pollution, you probably already know that plastics have waged a mighty war on our oceans. Plastics of all types and forms are finding their way into our seas worldwide at a rate of 8.8 million tons a year, every single year! It’s making for an unattractive mess and threatening marine animals all over the planet.

Now, we know that all plastics in the ocean are bad. But have you ever considered if some types of plastics may be worse than others?

Plastic bags and microbeads are arguably the two most controversial forms of plastic pollution currently in discussion today. Both are impacting marine environments in their own unique way, and each faces their own challenges in being addressed by society.

So, how do these two heavyweights measure up? Let’s take a look at some of the characteristics of each and decide which is the worst offender for marine animals.

Round 1: Entanglement – Offensive to Fins and Flippers

Entanglement is a common threat that marine plastics pose to wildlife. Plastics can take hundreds of years to breakdown, and even when they do, they never truly go away. Rather, plastic photodegrades into smaller pieces that can act as physical traps for marine animals. They can wrap around flippers and tails to impede mobility, or around the face, mouth or neck to affect feeding and breathing. Obviously this can result in injury, starvation, and even death. So, which form of plastic pollution contributes most to this problem?

Winner: Plastic bags have this one in the bag. Microbeads are obviously not constructed in a manner that would make them physically constrictive to an animal’s movement. Plastic bags, however, are known causes for entanglement for many marine species. Over 100,000 marine animals have been recorded in a single year’s timeframe of perishing as a result of plastic entanglement. While these figures also include items like plastic netting and six-pack rings, plastic bags are one of the key culprits that contribute to these sad statistics. 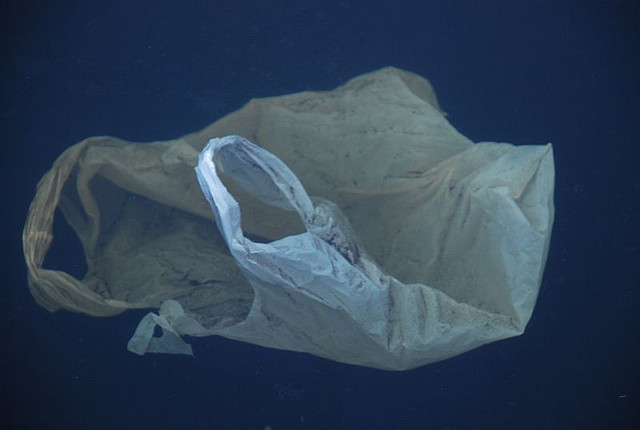 With so much plastic waste inundating our oceans, it’s probably understandable that some will be mistaken for food. This phenomenon is documented perhaps most famously in the albatross of Midway Island where carcasses of the deceased marine birds dot the landscape, leaving behind a polluted footprint of plastic bags, bottle caps, toothbrushes, disposable razor handles, figurines, broken water bottles, and a myriad of other plastic waste they’ve mistakenly gobbled up. Not be outdone, microbeads have also shown up big in this debate. Scientists were recently shocked to observe microbeads being eaten by zooplankton, showing that even the smallest plastics aren’t immune to hurting marine life.

Winner: Tie. Whether microbeads or plastic bags are the bigger threat really depends on the animal you ask. Microbeads are more easily available for consumption by smaller animals like plankton. And plastic bags are more easily consumed by larger animals including whales and turtles that mistake them for more common prey items like jellyfish. Sadly, there is no way around either microbeads or plastic bags having an impact on marine animals as both end up in the stomachs of undeserving victims in the end.

Round 3: Toxins – Trash With a Chemical Punch

Part of the danger of plastics is not just that they can cause physical harm when on or in an animal, but also that they introduce a bevy of toxins into the body and surrounding environment in general. In addition to their chemical makeup, plastics also have the tendency to attract toxins already in the water, allowing the chemicals to attach to them and concentrate in higher numbers on the plastic’s surface. That’s not good news for any animal that may have the unfortunate meeting with plastic-related toxins.

Winner: Microbeads, sort of. Some estimates suggest one single microbead may be one million times more toxic than the seawater around it. One of their unfortunate tendencies is to attract all sorts of nasties like DDT and PCB’s in the water around them, making these toxins more easily available to the food web once they’re consumed by the ecosystem’s tiniest creatures. And from there the chemicals move upward, going on to eventually impact the health and wellbeing of larger predators like sharks and whales – and even people.

Now, this isn’t to say that plastic bags don’t also have the tendency to introduce chemicals into the bodies of marine animals. After all, a chemical in nature and have increased opportunity to attract more toxins from the water the longer they are in a marine environment. Microbeads, however, are just more easily consumed at a lower trophic level and passed all the way up a food chain to impact a variety of animals. Plastic bags, on the other hand, are more likely to start out in a higher trophic level and thus impact a smaller number of species directly. 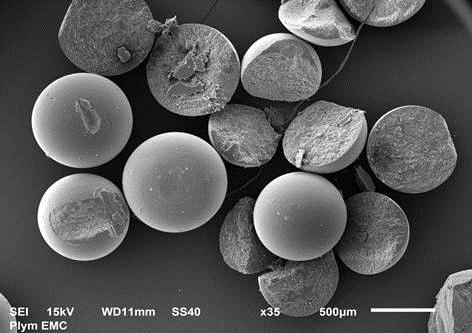 Round 4: By the Numbers

So, both plastic bags and microbeads are presenting big problems for marine animals. And both are entering ocean ecosystems at astounding rates. But is there a clear winner when it comes to sheer numbers of either of these two pesky monsters once they end up out of our hands and into the habitats of seals and seagulls?

Winner: Both (and that’s not a good thing). We can’t count all of the plastic bags or microbeads in the ocean, so we have to make educated guesses based on observable trends and smaller studies. This is especially true for the tiny microbeads plaguing our oceans. According to 5 Gyres, there may be as many as 300,000 plastic microbeads in one tube of facial scrub. But how many of these microbeads make it past an urban water treatment system and into the ocean? Likewise, projecting the exact number of plastic bags that end up in the ocean each year is not an exact science. We can cite certain statistics around plastic bags, such as the fact that an estimated 500 billion plastic bags are used worldwide every year. But again, how may plastic bags actually enter our oceans every year is still a mystery. One thing we can conclude, however, is that there is far too much plastic, in general, ending up in marine environments on a daily basis, and it is wreaking havoc on all ocean life.

So, it appears that both plastic bags and microbeads are dangerous in their own way. We can acknowledge that plastic, overall, is bad for marine animals while at the same time recognizing that different forms of plastic present their own flavors of trouble for marine ecosystems. This fact is important as we move forward, fighting the dangers that plastics present to the planet.

We cannot address the plastic problem by only addressing one type or another of plastic waste. While a plastic bag ban or efforts to halt production of plastic microbeads are certainly wonderful, one act or another alone is simply not enough to save our oceans from plastic. All forms of plastic waste need to be addressed because they are all dangerous. And while this is a difficult feat considering all of the problems that this diverse form of pollution presents, it also paves the way for more creative, thoughtful, and holistic forms of thinking. Perhaps such a complex problem can introduce an unprecedented level of innovation and cooperation from our global communities?