Could the Tide Against Plastic Microbeads Finally Be Turning for the Better? 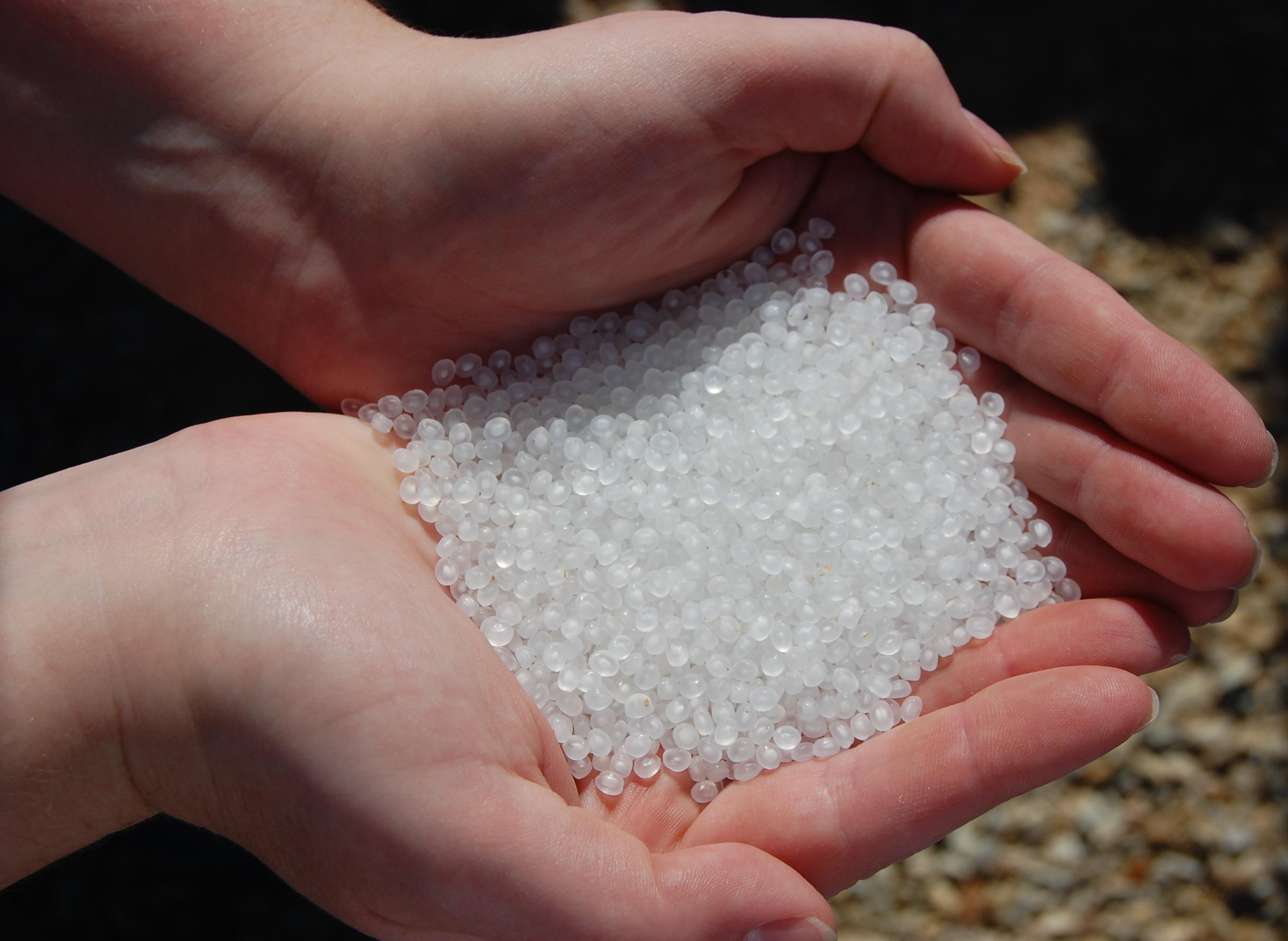 There are an estimated 270,000 tons of plastic floating on the ocean’s surface. And frankly, based on all the images we’ve seen of plastic bottles and bags tangled in ridiculously large knots, this fact does not come as much of a surprise. What is, however, shocking is that these big bags and bottles only account for around 10 percent of oceanic plastic waste; over 90 percent is composed of microplastic particles that are no larger than a grain of sand or rice.

These plastics might be tiny, but their total weight reaches around 35,550 tons, according to a study published in PLOS One.

So, we know that plastic bottles and bags come from us, but where are all these teeny tiny microplastics coming from? You guessed it, us again…

Many of these miniscule plastic particles come from the exfoliating face wash and toothpaste that we use every single day, in the form of microbeads. Companies may print “polyethylene” on the tube, but what they should really say is “this tube contains 300,000 tiny plastic beads.”  Sadly, this is not the case, and many consumers are inadvertently dumping tons and tons of plastic into the oceans just by washing their faces and brushing their teeth.

These products don’t disclose their marine footprint upfront, so who can blame us for not drawing a connection between 35,550 tons of plastic particles and the products we buy! But the good news is that the tide is slowly, but surely, turning against microbeads – for the good of both humans and marine life.

Just like everything else that gets washed down the drain, microbeads are carried through drain pipes to water treatment facilities. However, because these beads are only about half of a millimeter in diameter, they can easily pass through filters unchanged and wind up in local waterways, and ultimately the ocean. 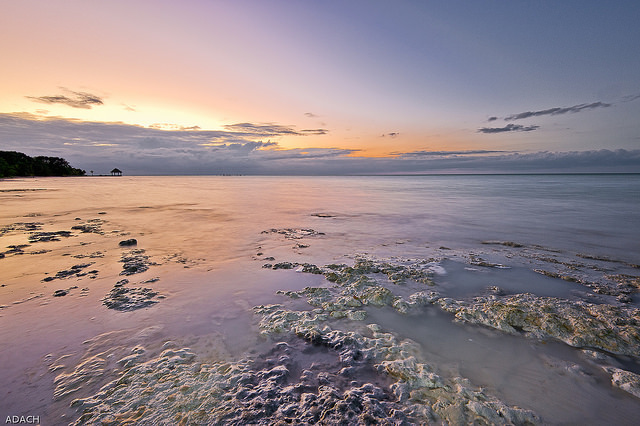 Scientists studying the concentrations of microbeads in the Great Lakes have discovered tens of millions of these tiny plastic spheres floating around in the water, and they have also been found in the Los Angeles river, the Pacific ocean and even the North Pole!

Plastic particles act like little toxin sponges in the marine environment, absorbing everything from heavy metals and petroleum compounds to PCBs (flame retardant chemicals). Concentrating these carcinogens, endocrine disruptors and other harmful chemicals into one compact package, microbeads become even nastier.

Because they are so small, and so pervasive, marine life can easily consume handfuls of microbeads without even realizing it. When microbeads and their toxic hitch-hikers get into an animal’s digestive systems they get absorbed into fat tissues, becoming part of the animal. When this animal is eaten by another, or by a human, these toxins are passed on. 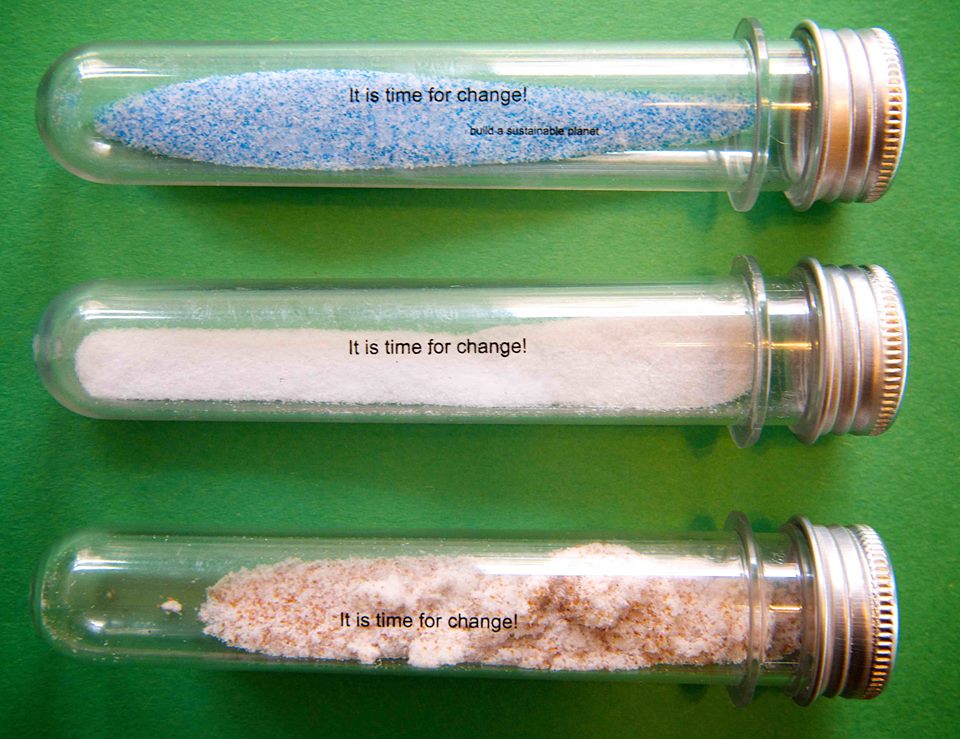 Thinking about how your face wash travels through the ecosystem and comes back to you, like a vengeful boomerang, probably didn’t make you feel too great. But don’t lose hope just yet!

There are many companies who are proactively removing microbeads from their products to stop the damage they are causing to the world’s oceans. The Body Shop, Johnson & Johnson, Unilever, Procter & Gamble and the Personal Care Product Council have all vowed to start phasing out microbeads, but an all out removal of these beads is not expected until 2017.

To shore up the fight against microbeads, some states are considering legislation to ban microbeads from products sold within their borders. Illinois enacted a ban that will come into full effect by 2017. Similar legislation has been proposed in New York, Colorado, Vermont and Michigan.

And why are these companies and states phasing out plastic microbeads? Resoundingly, to reduce their impact on the ecosystem.

While it is unfortunate that 35,550 tons of microplastics had to find their way into the oceans before we made this connection, the important part is that now that we know, we’re doing something about it.

You can play a big part in this change! There are many personal care companies that have opted to replace plastic microbeads with natural, biodegradable alternatives – all the scrub you love, without the plastic baggage. Yes To, Alba Botanica, and Tom’s of Maine are great brands to try (as an added bonus, they’re also cruelty-free). Beat the Microbead even has an app that can tell you which products in the store contain microbeads to help you avoid them.

Or if you really want to go 100 plastic free – microbeads, container and all – try making your own toothpaste and face wash. We promise it’s way easier than you think!

Keeping plastic out of the oceans benefits humans and animals alike. What better reason to say bye-bye to the microbead?