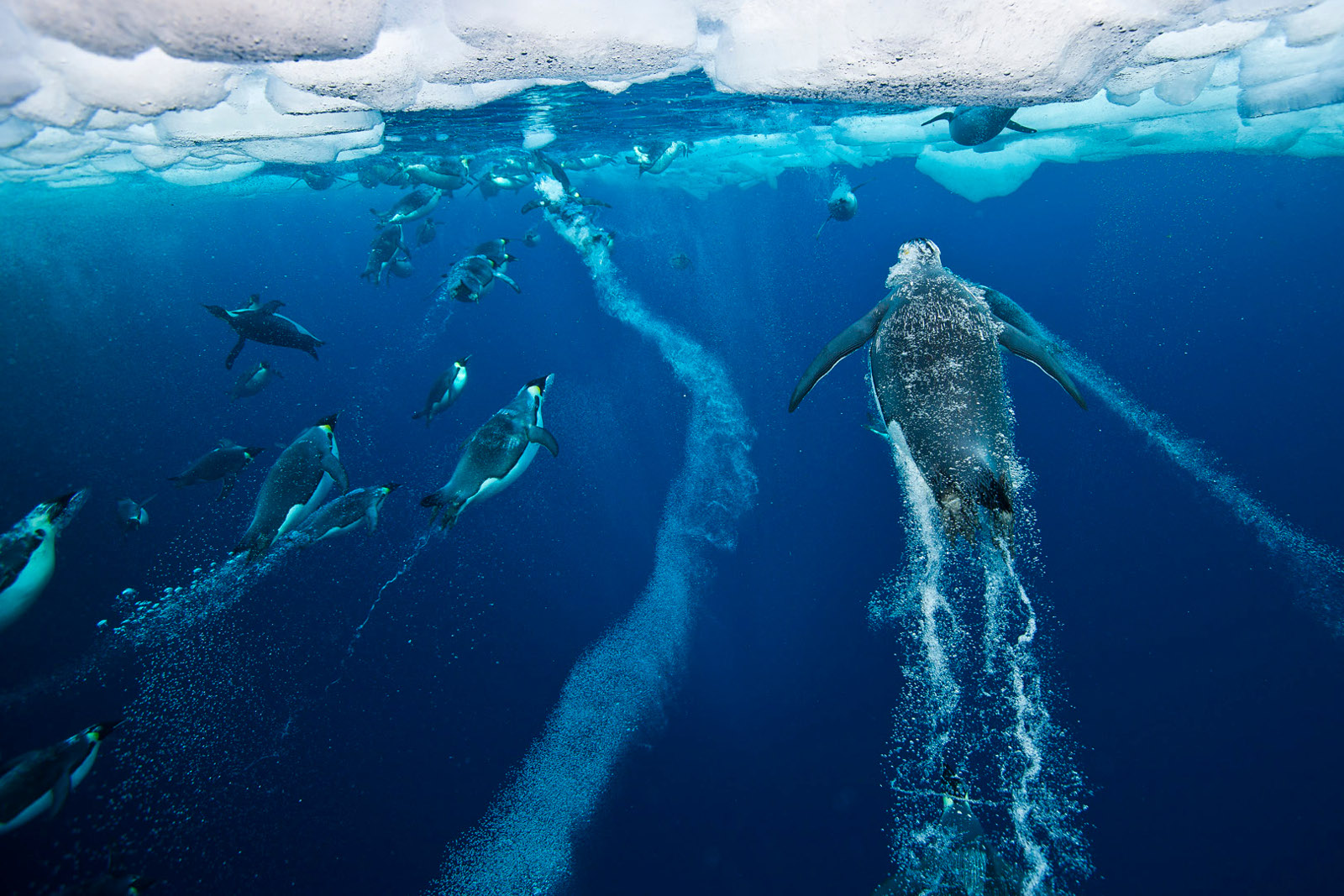 The world’s oceans are so vast and deep that it is easy to think that these enormous stretches of water are impervious to human actions. We take fish from the ocean and dump trash and chemicals back in, but seldom stop to wonder about the consequences. While these practices might have been grandfathered into our current social mindset, it is becoming much more apparent that we need to start considering how our actions impact the health of the world’s oceans.

The planet’s oceans are massive carbon sinks that store the excess carbon dioxide we release into the atmosphere and they also supply us with 70 percent of our oxygen needs. We use the ocean for food, although in North America we consume fish because we can, many island nations depend on seafood for sustenance. However, news that the ocean is becoming too acidic from absorbing large quantities of carbon dioxide, and the impending collapse of the world’s fisheries come as clear signs … we need to change, and fast.

Marine biologists Paul Nicklen and Cristina Mittermeier, understand the threats facing the world’s oceans more intimately than most. Both began their careers in science, but as Mittermeier tells One Green Planet, she came to photography “out of frustration.”

She explains, “It is easy to confuse the beauty of the ocean for health, but for those of us who have a larger understanding of marine ecology, what we see underwater is very scary.” 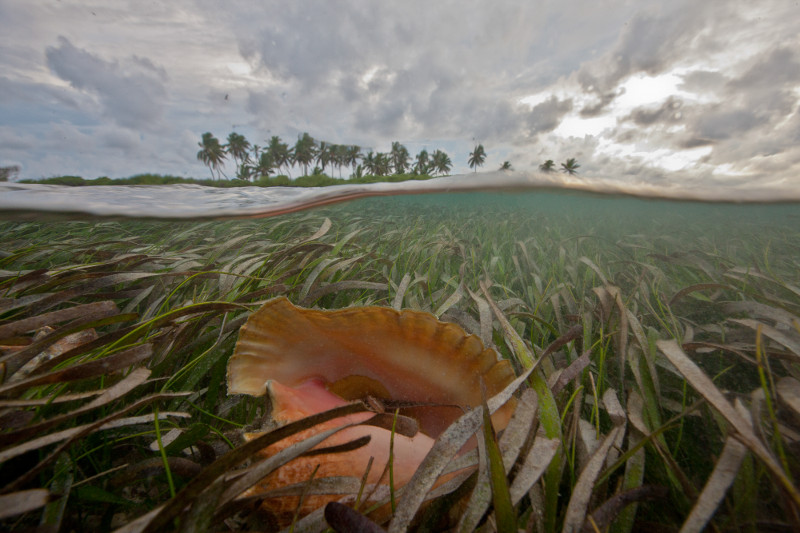 Photography has a way of telling the story that science alone cannot convey, the emotional story. Data alone can tell you there is a problem, but it doesn’t convey urgency or compel people to take action. Essentially, it leaves you with the problem. Seeing this gap between problem and motivation to act, Nicklen and Mittermeier were inspired to start SeaLegacy, and organization that uses visual storytelling to promote a message of marine conservation.

“If people are not able to connect the dots of why a healthy ocean is imperative to our overall planetary health, it will be impossible to create a framework that protects this vast ecosystem before it is too late,” says Mittermeier. 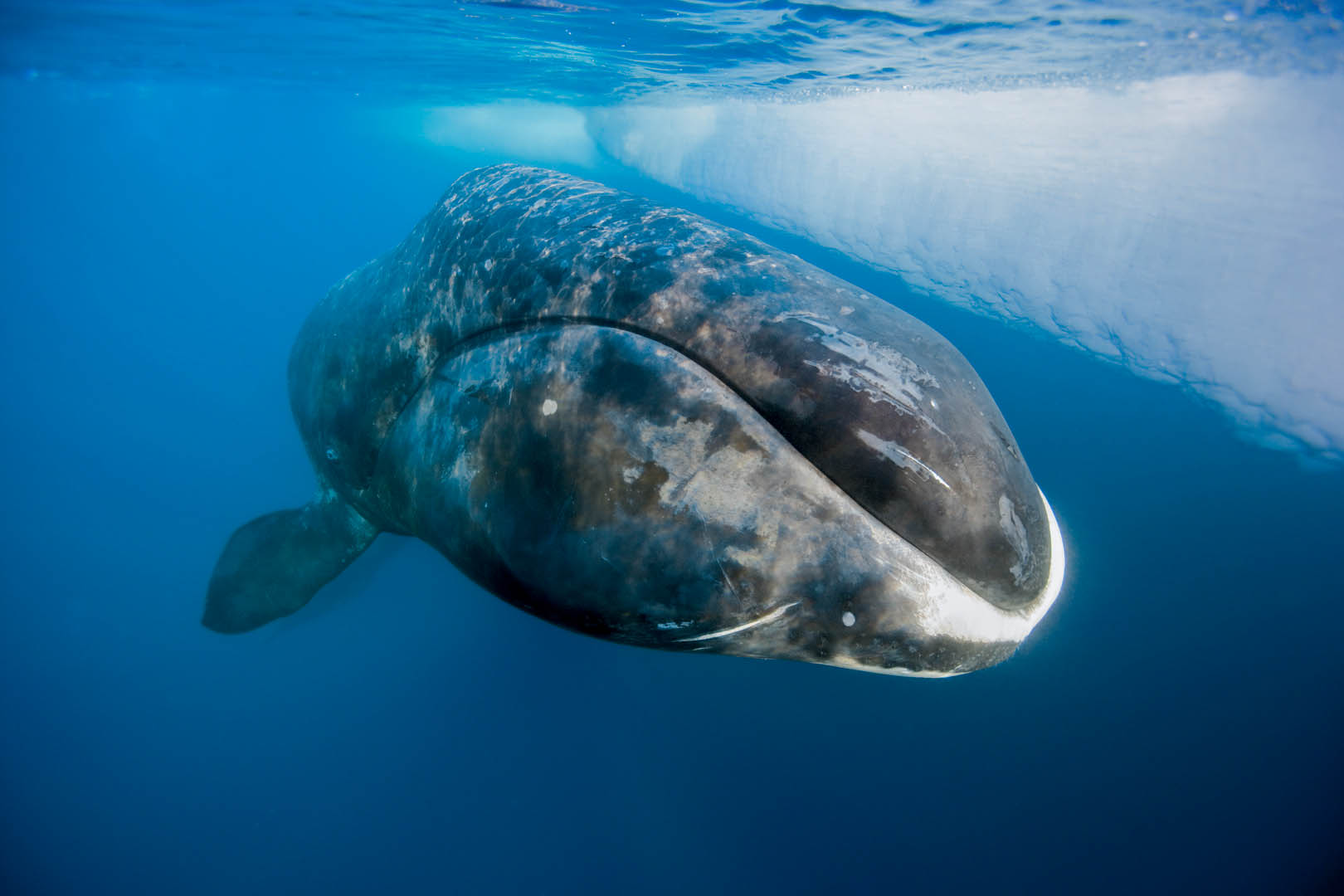 Of the threats facing the world’s oceans, Mittermeier identifies industrialized fishing, which she likens to marine mining, pollution and carbon emissions as the main areas of concern.

Small-scale, local fisheries used to be able to sustain villages and communities on its own, but we have replaced this form of fishing with industrialized methods that utilize sonar and gillnets to strategically wipe out entire schools of fish. Mittermeier explains that many governments provide subsidies for fisheries that pay for the cost of fuel, docking, storage, transport and refrigeration. Without these subsidies, she asserts that industrial fishing would not be economically feasible. However, by providing subsidies, we are essentially fishing ourselves to ruin.

It has been predicted that the world’s fisheries will collapse by 2048 if we don’t take action to restore the ecosystems that we have destroyed through fishing. Mittermeier is very positive that if government subsidies were taken away, the market would allow this balance to restore itself. 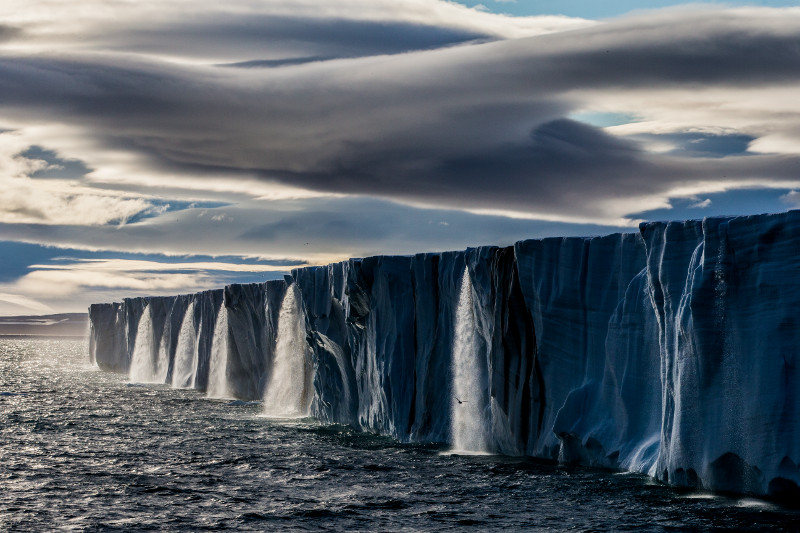 When it comes to pollution, action is much more dependent on the individual. We produce an incredible amount of plastic waste on a daily basis, some gets recycled, but the majority winds up in landfills and waterways. There are 270,000 tons of plastic waste floating on the surface of the ocean. These plastics pose threats to marine life who mistake trash for food and suffer internal injury. The petro-chemicals in plastic leach into the marine ecosystem, creating a build up of toxins that hinder reproduction, among many other things. These toxins are also passed to humans who consume fish.

Making changes in our personal habits, like limiting plastic and not eating fish to benefit the ocean might be inconvenient, but Mittermeier and Nicklen hope to surmount this challenge by inspiring people to care through pictures. 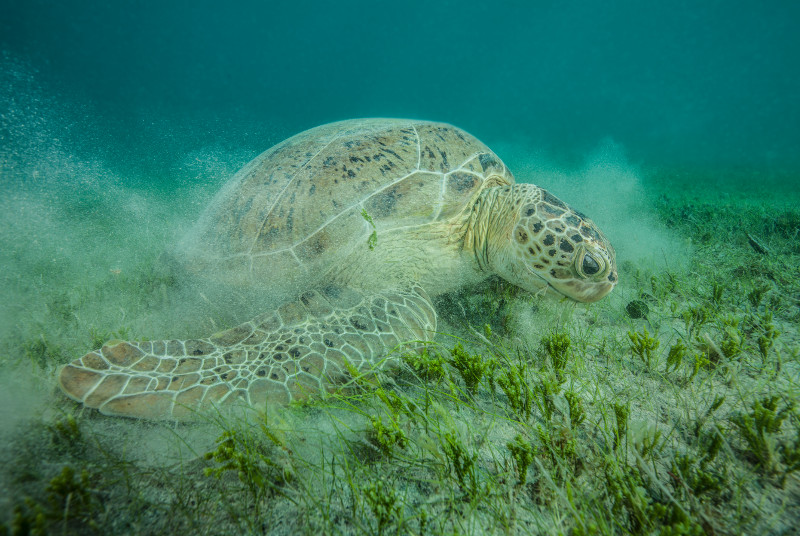 Protecting the Ocean Protects Us

When asked what she has learned from studying marine biology and photography, Mittermeier tells One Green Planet, “Perhaps that marine conservation has immediate and far reaching positive consequences.”

Part of SeaLegacy’s work involves making trips, called SeaJourns, to areas where conservation efforts have been successful. In the images of these places you can see the real tangible benefits to the local communities and ecosystems. Instituting sustainable methods to manage marine resources is key to a healthy ecosystem and economy. In places that fishing is a primary source of income, overfishing poses a threat to future business. By juxtaposing images of barren marine landscapes with thriving ecosystems, the “why” protecting marine habitats becomes readily apparent. An empty ocean is a terrifying thing. 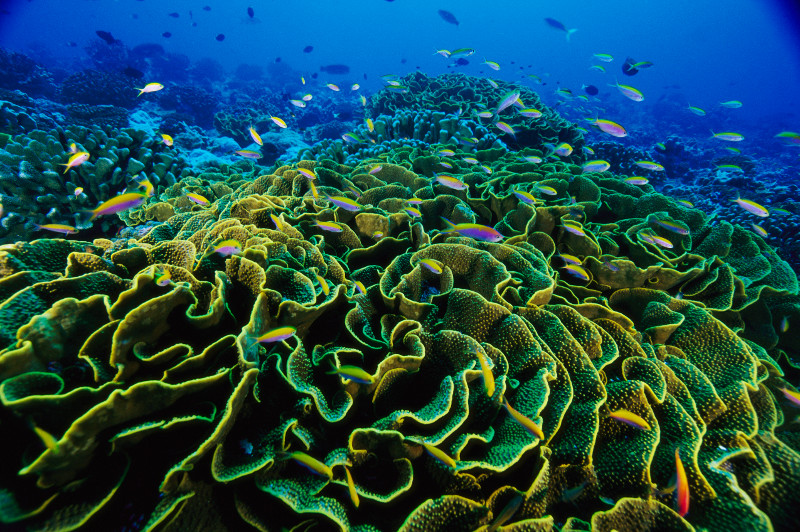 “I have learned that it is not only possible to set aside certain areas to protect them as wildlife and fish sanctuaries, it is also wise. The ocean is the largest and most important ecosystem on the planet,” explains Mittermeier, “Its health is non-negotiable if we want to continue living on this planet.”

Getting to Know the Wildlife

Outside of the economic benefits that setting aside protected areas of the ocean can have, the other obvious benefit is species resurgence. When an area is overfished, it becomes a wasteland, but when pollution is managed and overfishing stops, the beauty of the marine ecosystem comes back to life. As a photographer, Mittermeier is able to interact with marine species and capture them in a way that many of use would never get to see otherwise. Suddenly these creatures are more than “just fish” but fascinating individuals. 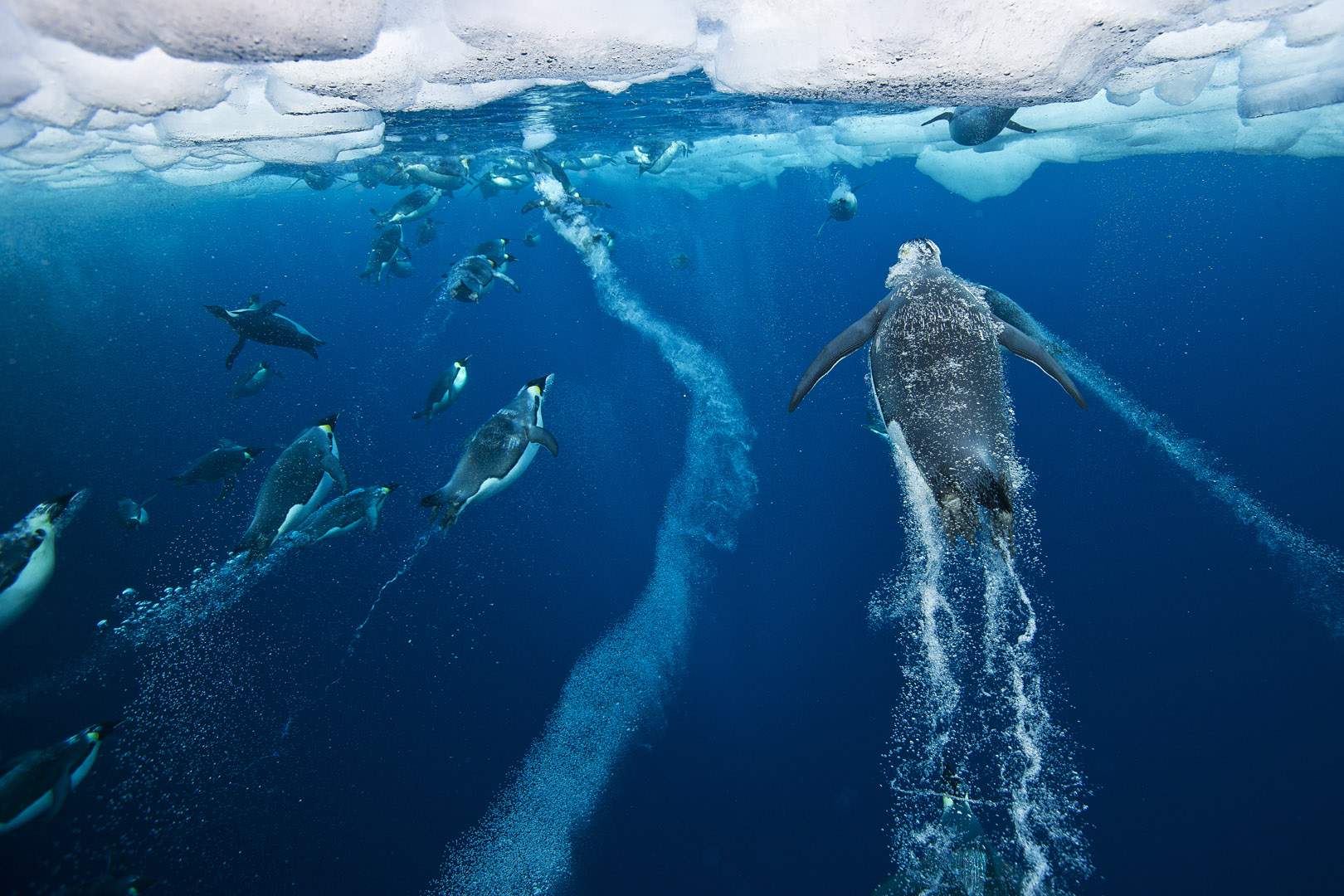 “Some animals are curious and others are shy; they are all, however, intensely honest,” explains Mittermeier, “Wildlife, regardless of whether it is marine or terrestrial never has an agenda and all that is required is an understanding of animal behavior, communication cues and more than anything, respect.” 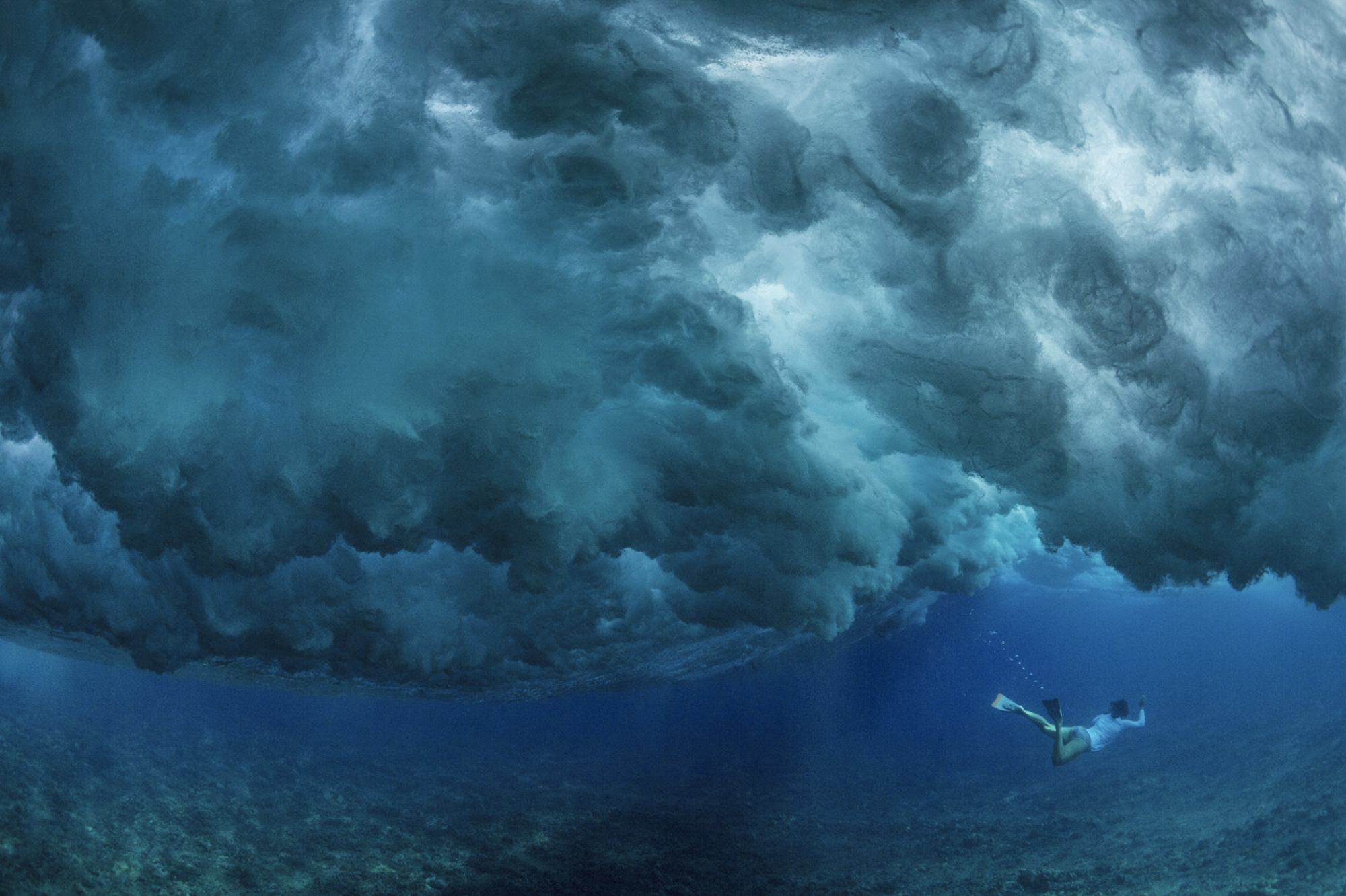 From that respect, we can gain a sense of understanding and recognize how it is in our own best interest to protect these magnificent creatures and their ecosystems. The next move is yours, and it might be much more simple than you think.

“The advice I have is quite simple: Care enough to be informed. Whether you eat wild or farmed fish, learn about where your fish comes from and how it was caught or raised. Care enough to sign petitions that aim to protect marine wildlife or ecosystems. I know it takes time but those petitions are a very effective way of building a constituency of support or opposition,” but above all, says Mittermeier, “Care enough to share with others your concerns about ocean health.”

We can all be ambassadors for marine species, so start by taking Mittermeier’s advice and sharing this post.