10 Major Companies Responsible for Deforestation and Destroying Our Planet 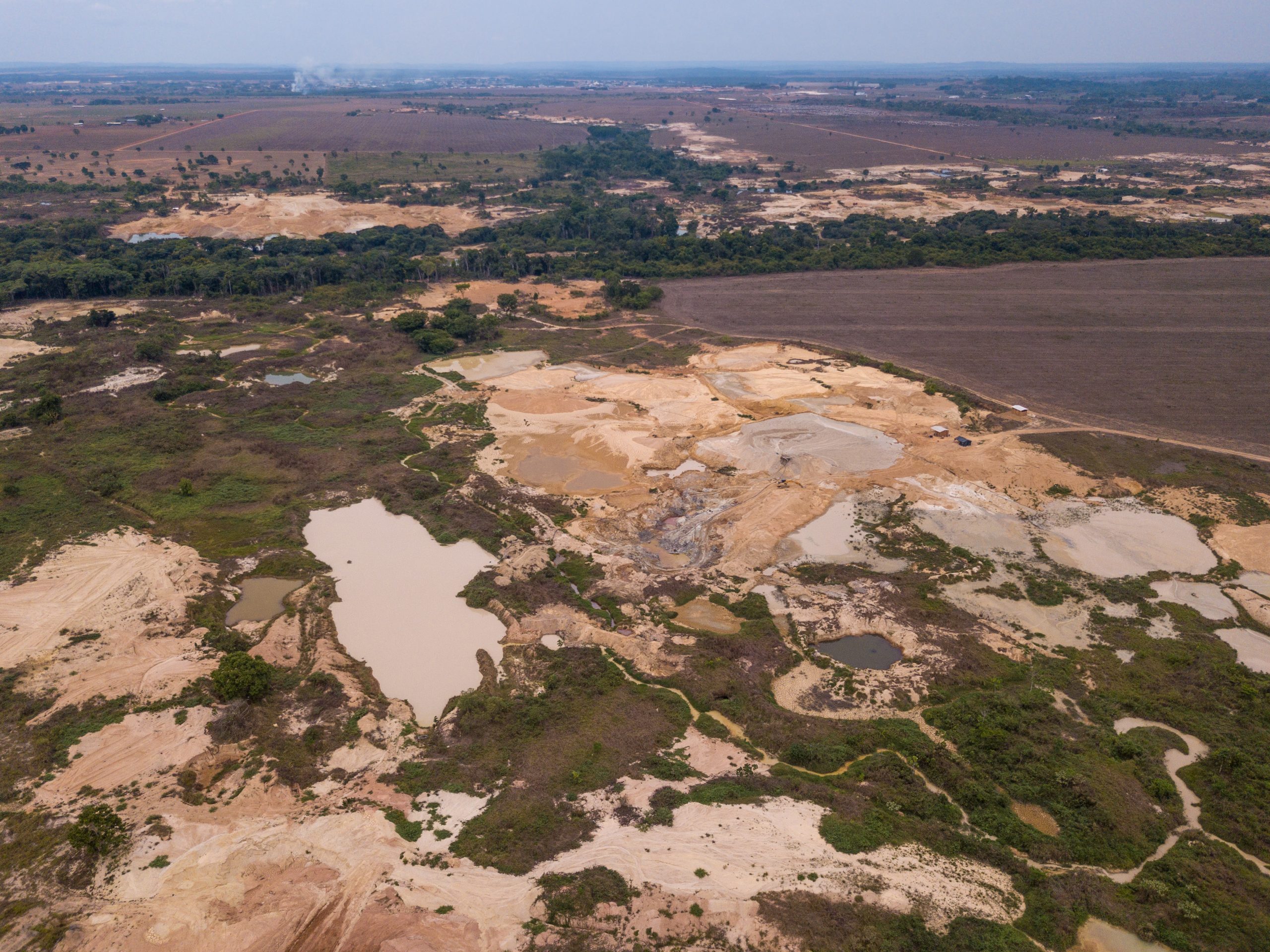 A recent analysis by the Zoological Society of London found that over half of the 100 most significant tropical timber and pulp companies do not publicly commit to protecting biodiversity and only 44% have yet to publicly commit to zero deforestation.

As of February 2019, forests still cover about 30% of the world’s land area, but they are disappearing at an alarming rate. Between 1990 and 2016, the world lost 1.3 million square kilometers of forest. Since humans started cutting down forests, 46% of trees have been felled, according to a 2015 study. Companies that are responsible for deforestation should be named and shamed and made to account for their actions, which threaten every inhabitant of the planet: human, animal, and plant. There are many, but here are 10 companies that are responsible for deforestation.

The US-based company has a long history of destruction, according to a report by NGO Mighty Earth. The report details how Cargill profits from the destruction of the environment and the exploitation of people. In Brazil, Argentina, Paraguay, and Bolivia, Cargill is involved in the destruction of the Amazon, Grand Chaco, and Cerrado ecosystems for the production of soy and beef. In Côte d’Ivoire and Ghana, Cargill buys coca that has been illegally grown in protected areas and national parks. In Indonesia and Malaysia, Cargill buys palm oil from companies that illegally clear rainforests.

The report also claims that Cargill uses inaccurate accounting methods to underestimate how harmful its practices are.

In January 2020, investment firm BlackRock announced it would exit investments with high environmental risks, including thermal coal. They also said that they would launch new investment products that screen for fossil fuels.

However, BlackRock has been accused of “climate hypocrisy” since, in September, a big data tool found that the firm’s ESG funds hold companies with a deforestation risk that stretches over 500 hectares of land, more than any other fund.

The world’s largest refiner and trader of palm oil, Wilmar International received a total score of 25% on Forest 500, which assesses the biggest companies in the world in terms of their forest commitments. The company is one of the world’s largest oil palm plantation owners and processors, reportedly controlling around 45% of worldwide palm oil trade sourced from more than 80% of global palm oil growers. Wilmar also has a global soybean crushing capacity of 36 million metric tons per year, the majority of which is in China.

Furthermore, in April, the company left a committee that helps to identify forest areas for protection.

Walmart has set zero-deforestation goals for 2020, however, it does not have a system in place to track and monitor the origin of forest-risk commodities – palm oil, pulp and paper, soy, and beef; it says that implementing such a system is “not an immediate business priority.”

It is unlikely that it will meet the goals defined for these key commodities, but it also “does not know” what percentage of the soy and beef used in the product it sells is produced with zero net deforestation.

In 2019, NGO Mighty Earth was publicly linked to the fires in the Amazon as it conducted business with the Brazilian beef company JBS. Walmart is also a major buyer of Cargill’s products, the second-largest Brazilian soy exporter.

JBS is one of Brazil’s leading exporters of beef. It operates over 200 production facilities worldwide, processing many tens of thousands of cattle per day. In addition to beef, JBS uses soy in its animal feed in cattle feedlots, poultry, and swine farms.

Despite claims that it does not accept illegally logged wood in its products, a report accused IKEA of sourcing manufactured products from suppliers that have used logs that were felled illegally in Ukraine. VGSM, one of IKEA’s suppliers, also cut down trees during a “silence period” between April and mid-June, when certain forms of logging in Ukraine are banned during the critical breeding period for lynx and other species.

Those logs were also felled under a “sanitary felling” permit, a widely-used loophole in Ukrainian that allows for trees to be cut down and sold provided they were already damaged by disease or insect infestation. These permits are often issued even when the felled trees show little or no signs of degradation.

According to the company, they are the largest producer of wooden furniture in the world, meaning that their operations require large amounts of timber.

Despite saying that it will investigate the claim and potentially end its relationship with the law-breaking supplier, the Swedish furniture company received a score of 48% on the Forest 500 index, failing in the commodity categories of timber, leather, pulp and paper, and palm oil. Its commitment strength to protect priority forests is also low for all commodities.

Korindo group is an Indonesian-based producer, processor, and manufacturer of various products, including wind towers, battery separators, specialized container vehicles, and cast iron products. It has plantations of palm oil and timber.

A two-year investigation process by the International Board of Directors of the Forest Stewardship Council (FSC), a global certification body on responsible forest management found the company guilty of violating its association policies. Korindo has engaged in massive-scale deforestation in Papua and North Maluku (more than 30 000 hectares in the two years prior to filing the complaint), Indonesia, and has been using the FSC’s eco-forestry label to greenwash its practices. The investigation also found that the company destroys critical wildlife habitats and violates traditional and human rights.

The company has received a score of 38% on the Forest 500 index based on its poor commitment strength, reporting and implementation, and social considerations.

This is the Japanese manufacturer of the popular probiotic milk drink Yakult. It also produces a variety of other food and beverage products, as well as pharmaceuticals and cosmetics. Through its various product lines, Yakult is exposed to forest risk commodity palm oil, soy, and pulp and paper.

Shockingly, it has a score of 3% on the Forest 500 index; it has made no commitments to protect any priority forests in which it operates. In 2018, it committed to ending deforestation by 2020 but it has since dropped that commitment.

In 2015, Starbucks was ranked as the largest chain of coffee shops in the world by the number of stores; in 2017, it had over 24 000 outlets in 70 countries. Starbucks also sells teas, bottled drinks, baked goods, snacks, and other food. Its products and packaging expose the company to various forest risk commodities such as palm oil, soy, beef, and paper. On the Forest 500 index, it performs very poorly for palm oil, soy, and pulp and paper, but especially soy, where its commitment strength, reporting and monitoring, and social consideration scores are abysmal. It scored 25% on the index overall.

Starbucks says that 99% of its coffee is now ethically sourced, but it has yet to adopt sourcing policies that ensure that the palm oil in its baked goods does not contribute to deforestation, climate change, and human rights violations. A Wall Street Journal investigation found human rights abuses on plantations in Malaysia.

McDonald’s has more than 36 000 locations in over 100 countries. Its burgers, sandwiches, sides, and beverages involve significant amounts of beef, soy, and palm oil, as well as paper in packaging. In 2015, over 120 000 metric tons of palm oil were used by McDonald’s. The fast-food restaurant gets its soy from Cargill, a company renowned for deforestation.

These companies conduct billions of dollars’ worth of business all around the world- they should not be allowed to continue their wanton acts of destruction against the environment. Wherever possible, the countries in which they operate should mandate that they either source their products in an ethical and sustainable way, or move their production somewhere else. If every country were to take this hard a stance, these unethical companies would soon have nowhere to go.

It’s crucial that we don’t support these companies to save our planet. One of the best ways to do this is by giving up meat or going vegan. You can also sign this petition to Demand the Brazilian Government Stops Allowing Amazon Fires!

Brazil exports a large portion of the beef that it produces – the Unites States imports approximately 200 million pounds of beef from the area. This means that we have the ability to fight against the deforestation of the rainforests when we go to the grocery store every day. By choosing a plant-based diet we can help to stop the destruction of our planet’s rainforests. The production of meat and dairy products is impacting the environment all over the world, not just in Brazil. Around 14.5 percent of the world’s carbon emissions come from the production of livestock and this industry uses just under 50 percent of the global land and 23 percent of the world’s freshwater.

By choosing to eat more plant-based foods, you can drastically cut your carbon footprint, save precious water supplies, and help ensure that vital crop resources are fed to people, rather than livestock. With the wealth of available plant-based options available, it has never been easier to eat with the planet in mind.