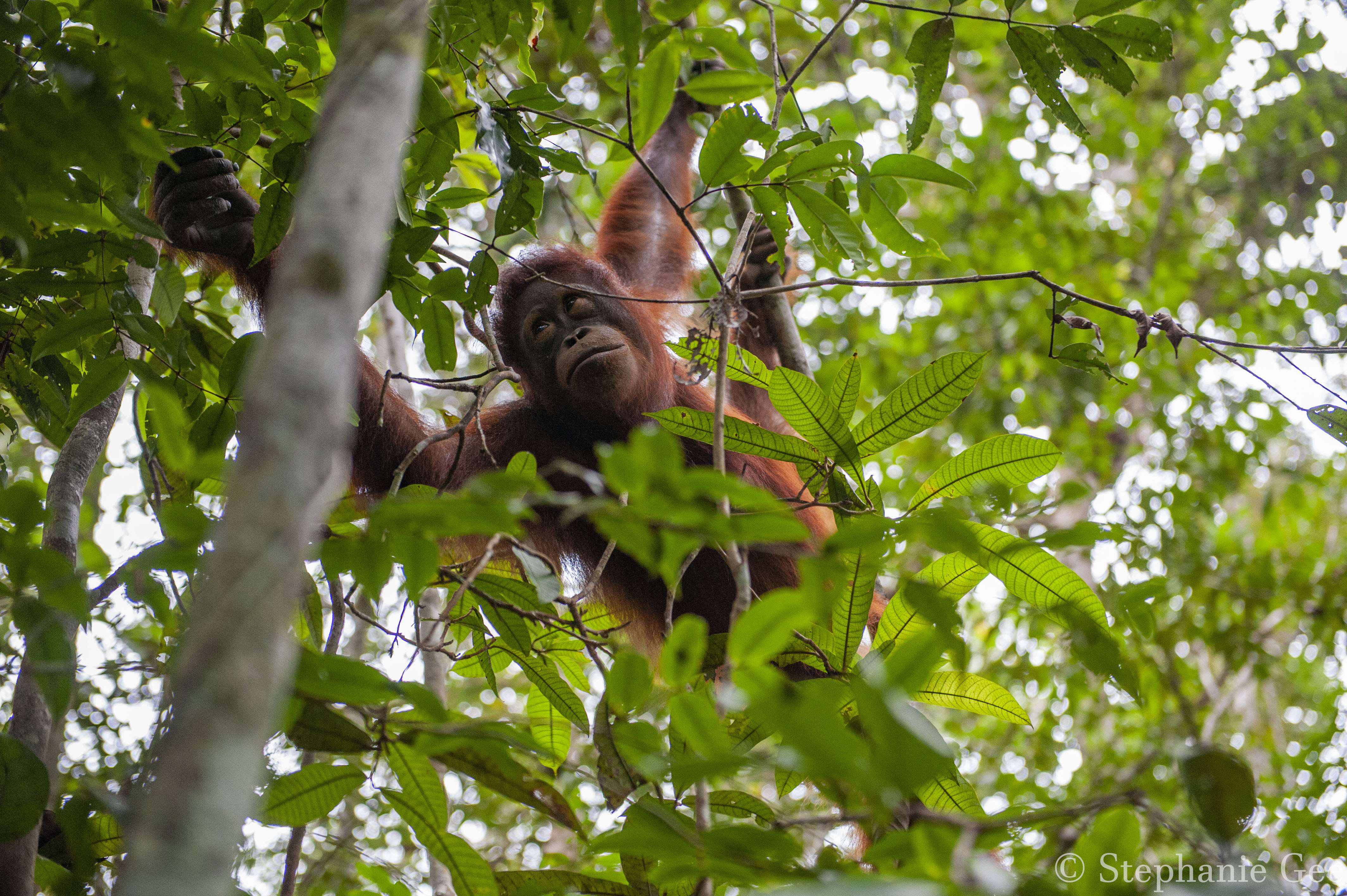 Recent studies have indicated that expansion of our planet’s forests is a critical step toward mitigating climate change. This, along with conservation of our existing forests, specifically ones that host a large amount of biodiversity – like rainforests – is more important than ever. The rainforests of Indonesian Borneo house millions of tons of carbon within its ecosystem, but preserving them is vital not only because its natural processes reverse climate change. This ecological community also supports a vast amount of biodiversity, including the critically endangered species of Bornean orangutan in Bukit Baka Bukit Raya National Park (BBBR). This national park is one of the last intact ecosystems that can support reintroduced orangutans, but the region has been subject to increased levels of deforestation and hunting in recent decades, devastating the 234,624,030 hectare protected area and diminishing the orangutan population in the past 20 years. Losing this forest, and the orangutan population within it, will mean losing another key species that keeps our planet habitable and healthy.

This is why we at Health In Harmony (HIH) have partnered with International Animal Rescue (IAR) to launch an innovative joint campaign called Forests For Future. We intend to halt rainforest deforestation and save the critically endangered species of Bornean orangutan. The collaboration is rehabilitating the forest and orangutan population through a combination of species reintroduction and monitoring as well as health care, alternative livelihood trainings, and educational programs for local people. The campaign, which launched July 29 and runs through August 31, seeks to raise $50,000 for these efforts.

Our partnership began in 2016, when IAR contacted HIH for assistance in preserving the dwindling populations of Bornean orangutans in BBBR. A nonprofit specializing in planetary health, HIH works with the community to identify the root causes of the deforestation, and develops solutions to the rampant logging and hunting taking place, while IAR rehabilitates and reintroduces orangutans rescued from fire, conflict, or captivity into the rainforest to create a stable population. Based on community feedback we received, actionable solutions focused on high-quality healthcare provision and conservation interventions. With healthcare improvements successfully underway, Forests for Future now serves to kick off the partnership’s conservation intervention tactics.

Starting with establishing two midwives and monthly mobile clinics in September of 2018, our healthcare initiatives aim to eliminate the need for the BBBR communities to illegally log or hunt to pay for healthcare and medical emergencies. IAR has also invested in the communities by providing alternative livelihood strategies, engaging local mothers directly in their conservation work by hiring them as porters on the intensive orangutan reintroduction trips, and provided educational scholarships to 19 local students from the forest edge communities to ensure they gain a middle and senior level education.

Funds raised by Forests for Future will directly support protecting and rehabilitating the rainforest and orangutan habitat while improving community health and incomes. People who previously resorted to logging will be trained in sustainable farming so they can make a safer, more environmentally-friendly living for their families. This training will de-incentivize illegal logging and support reforestation efforts, while local leaders, called Forest Guardians, will support their communities to reduce deforestation. Over the past 10 months, the new medical team has seen more than a third of the population, and a dozen healthy babies have been delivered in an area that previously had extremely high maternal and infant mortality. IAR has reintroduced 41 orangutans in BBBR, which are closely monitored by the 53 local staff to ensure healthy acclimation. With the funds raised from Forests for Future, they hope to successfully reintroduce and monitor another 10 orangutans.

This partnership will protect one of the most critical orangutan habitats, improve the health and incomes of local communities that steward this rainforest, and facilitate forest regrowth that will sequester carbon. It is also a step towards a healthier planet.

Dr. Kinari Webb is the founder of Health In Harmony.