Industrialized animal agriculture is a primary leader in the destruction of our Earth. The methane released from factory farms is significantly more harmful than carbon dioxide and is contributing to climate change. Waste from these farms (130 times more animal waste than human waste is produced in the U.S.!) not only pollutes the air, but our waterways as well, leaching into groundwater, contaminating our precious freshwater sources, and making people dangerously sick.

And when it comes to land use around the world, the stats are equally disturbing. Globally, one-third of arable land is used for livestock and livestock feed, and nearly HALF of the contiguous U.S. is designated for animal agriculture.

To put things more into perspective, each cow raised by humans uses 2-5 acres of land, and it is estimated there are around 1.5 billion cows on Earth. This mass expansion of cattle ranches and factory farms is the leading cause of worldwide species extinction, ocean dead zones, water pollution, and habitat destruction. (This mass species extinction is the largest the planet has seen in 65 million years!) A shocking 91 percent of the destruction of the Amazon’s rainforests is caused by animal agriculture, for livestock and growing feed crops, with 1-2 acres cleared every second, and 137 species of flora and fauna going extinct every day as a result of the deforestation.

World-renowned photographer and environmental advocate Paul Nicklen took to Instagram to share an aerial image he captured that reveals how our planet’s land is being used. 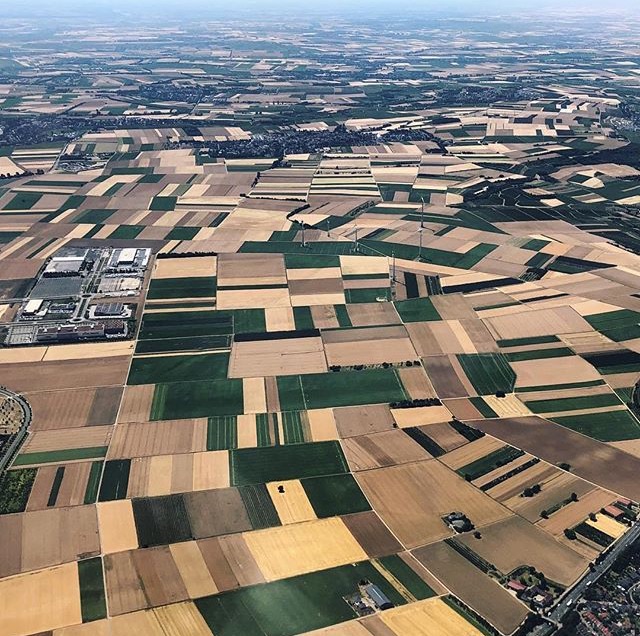 In the caption, Nicklen shared, “Dear Earth: we have cut down much of your carbon sequestering forests to make room for methane producing cows, other livestock and their feed as we continue to debate whether humans are having an impact on global climate. We have displaced the wild species who used to bring balance to these fragile habitats. How much more can you take?”

While this image is just a small snapshot into the planet’s land mass, it represents the priorities we have set for its use. Rather than letting natural spaces and species flourish, we’ve torn them down in the name of industrialization and sadly, endangered the future of countless animals, as well as ourselves, in the process. It can be easy to forget about the impact of our choices, especially our food choices, if we don’t live in the places that are being destroyed to produce more cheap meat and dairy.

The single greatest (and simplest!) thing you can do to help counteract this unprecedented destruction of Earth is by ditching animal products and adopting a plant-based lifestyle. To learn more about how our food choices have an impact on the rest of our world, be sure to check out the Eat for the Planet book!