Agricultural Land Takes Up One-Fifth of the U.S. … But the Area Used to Grow Food for Humans Is TINY! 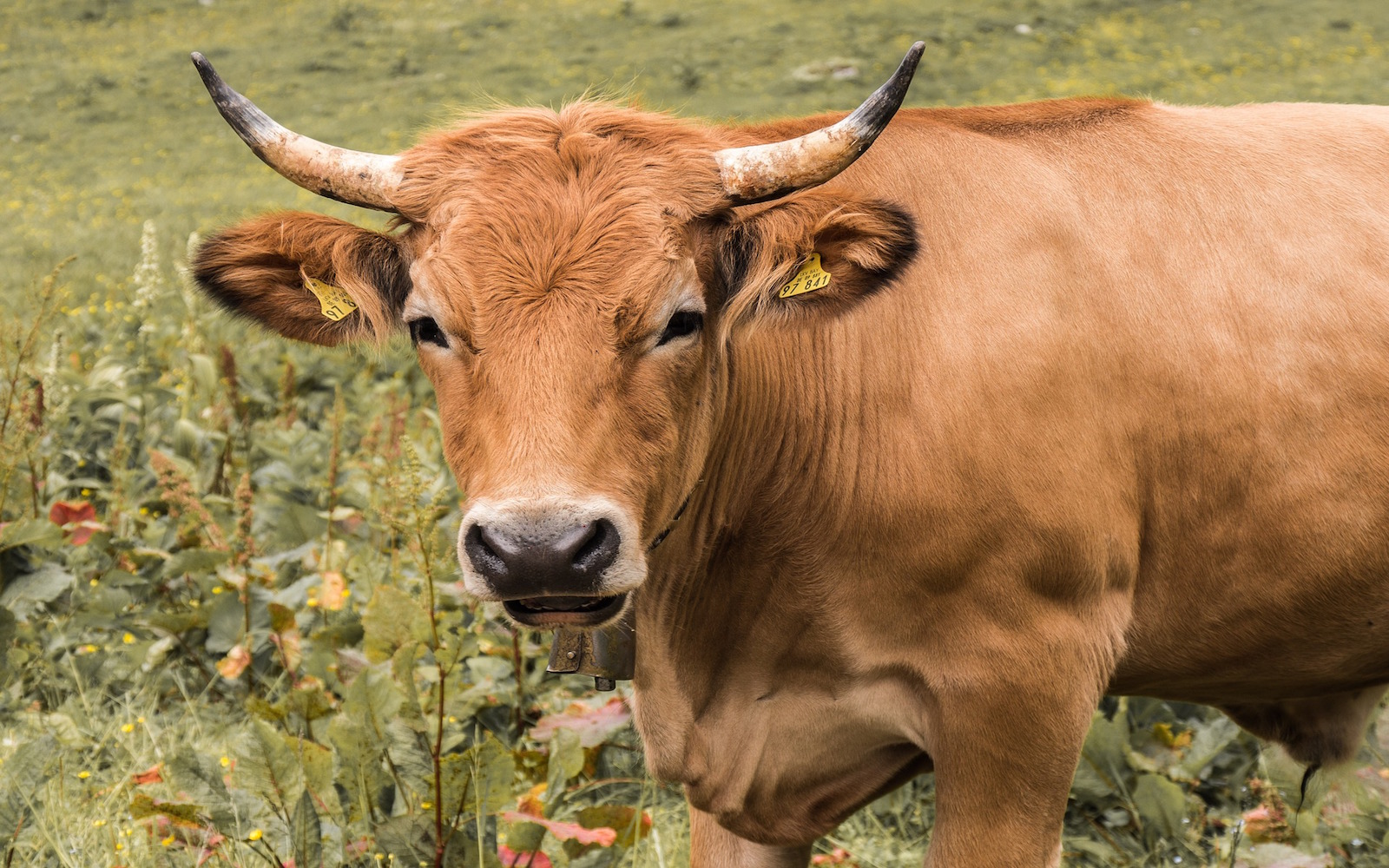 Say you were an outsider who knew nothing about the American food system and you were asked to take an educated guess about the way in which the U.S. — a nation of over 325 million people — uses its agricultural land. Based on the huge number of people in the country, you’d likely speculate that the majority of the land would be used to grow food for … well, people!

Counterintuitively enough, a recent Bloomberg report on how America uses its land revealed that this isn’t the case at all in the present day. The report, which is based on data published in 2017 by the U.S. Department of Agriculture’s Economic Research Service, found that if all the cropland in the U.S. were put together, it would take up more than a fifth of the 48 contiguous states. However, the proportion of this land used to grow food for Americans pales in comparison to that which is used to grow feed for livestock. 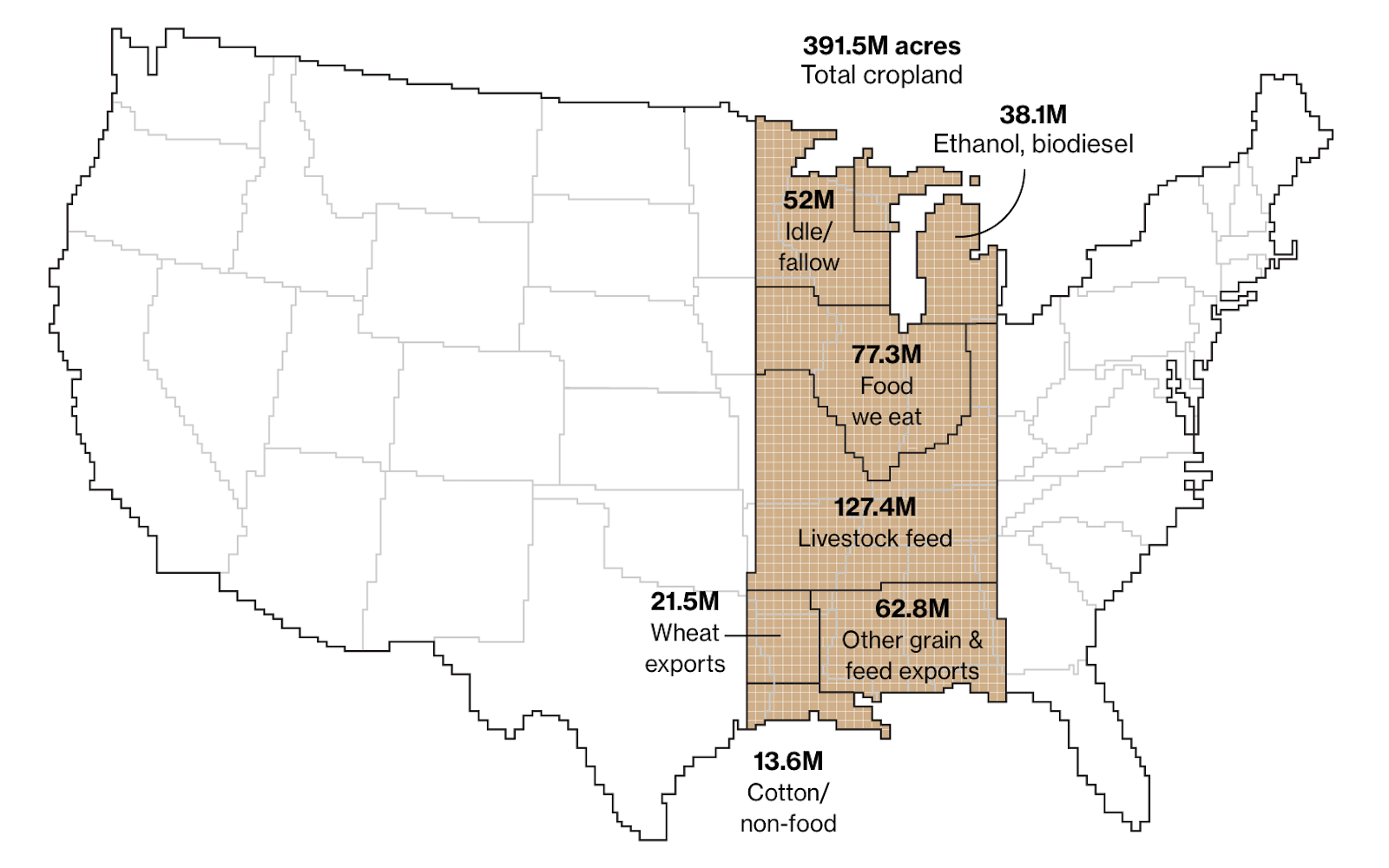 While America’s total pasture and rangeland would cover almost all of the expansive western region of the country if gathered together, the comparatively minuscule portion of land devoted to producing crops for direct human consumption would fit neatly inside of Indiana, Illinois and half of Iowa combined. 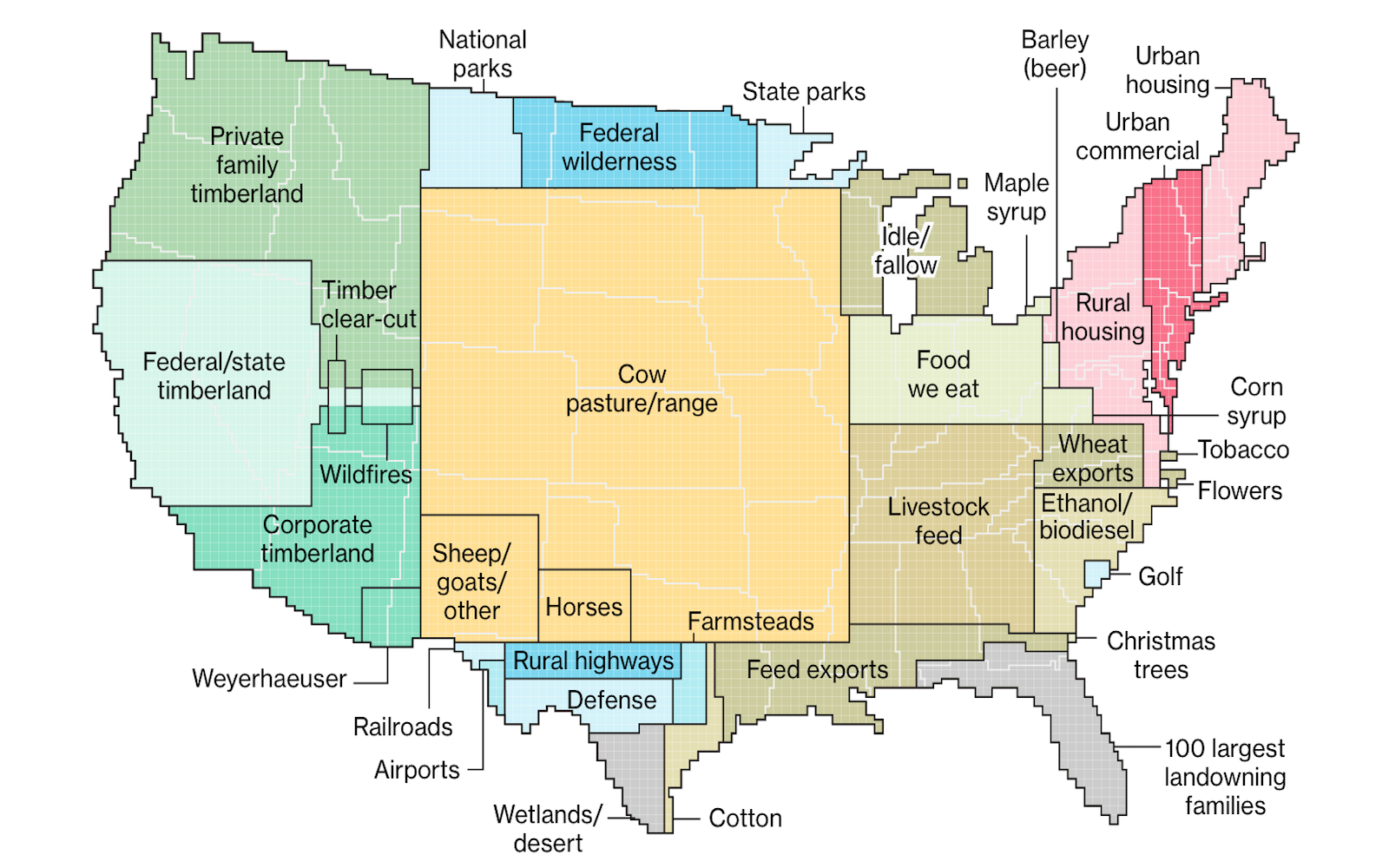 With more than one-third of U.S. land now devoted to pasture, this type of land use accounts for the most area by a long shot. And when you couple this pastureland with the enormous amount of cropland being used to produce feed for cows, pigs, and other farm animals, a shocking statistic results: a whopping 41 percent of land in the contiguous U.S. is being used to support livestock. 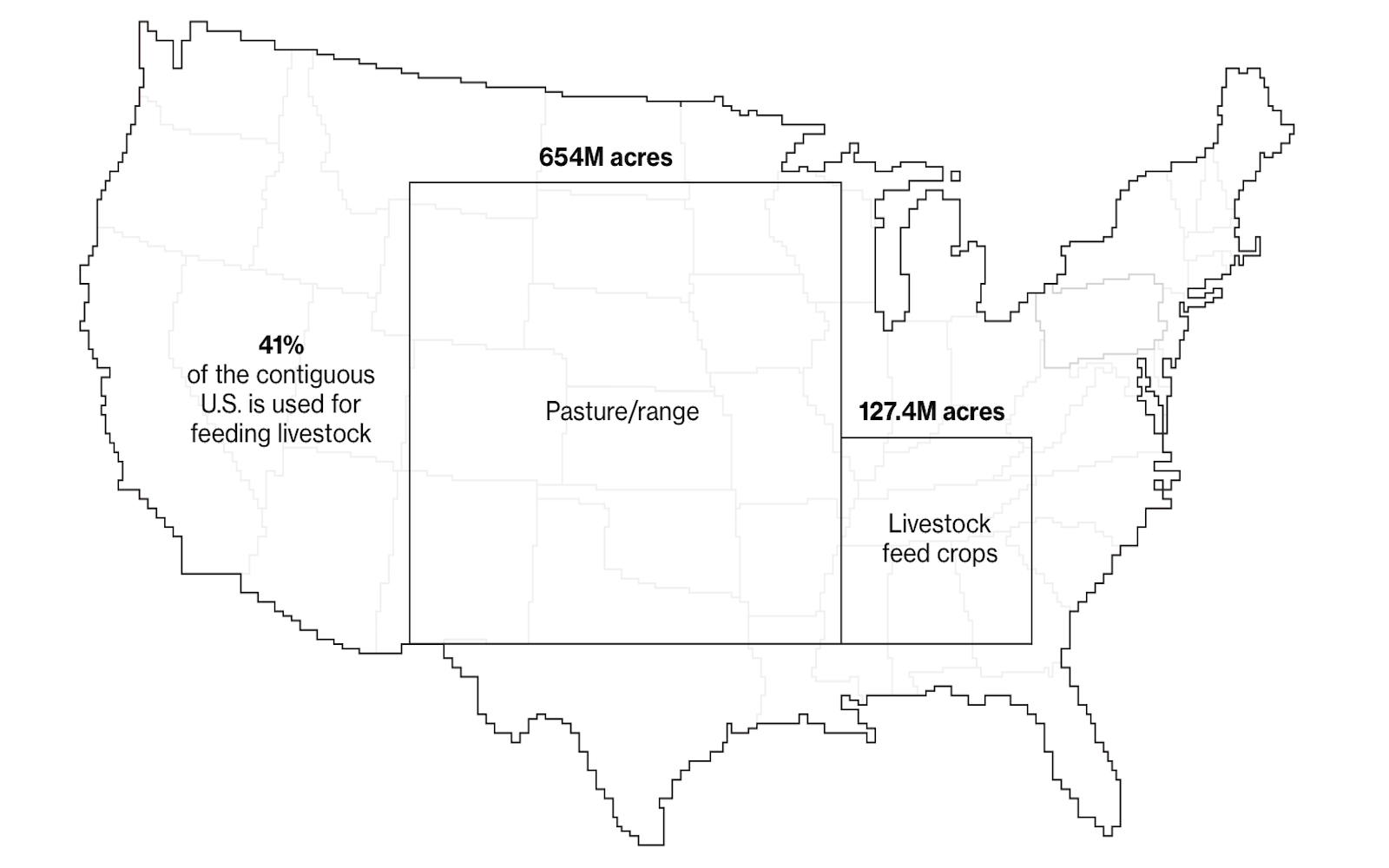 This is an incredibly inefficient way of using land, and unfortunately, it’s not just happening in the U.S. In fact, globally, 33 percent of agricultural land is used solely for livestock feed production. Not to mention the animal agriculture industry is driving a hefty 80 percent of worldwide deforestation, thus playing a major role in causing humans and animals to lose their homes, contributing to climate change, and disturbing the balance of fragile ecosystems and our planet as a whole.

Clearly, our animal-dependent food system is seriously broken, and it’s having some enormously negative impacts on our Earth and its inhabitants. If we want to have any chance at ending world hunger, supporting the growing global population, eradicating climate change, and saving threatened species on the brink of extinction, we need to get our priorities straight and start devoting our agricultural land to grow crops for people, not livestock.

One easy way you can play a part in bringing about this planet-saving change is by reducing your own personal meat consumption. In this way, you will help redirect grains from animals to people, reduce your water footprint, prevent further habitat destruction, and much more!

To learn more about how your dietary choices can help change our world for the better, check out the #EatForThePlanet book!