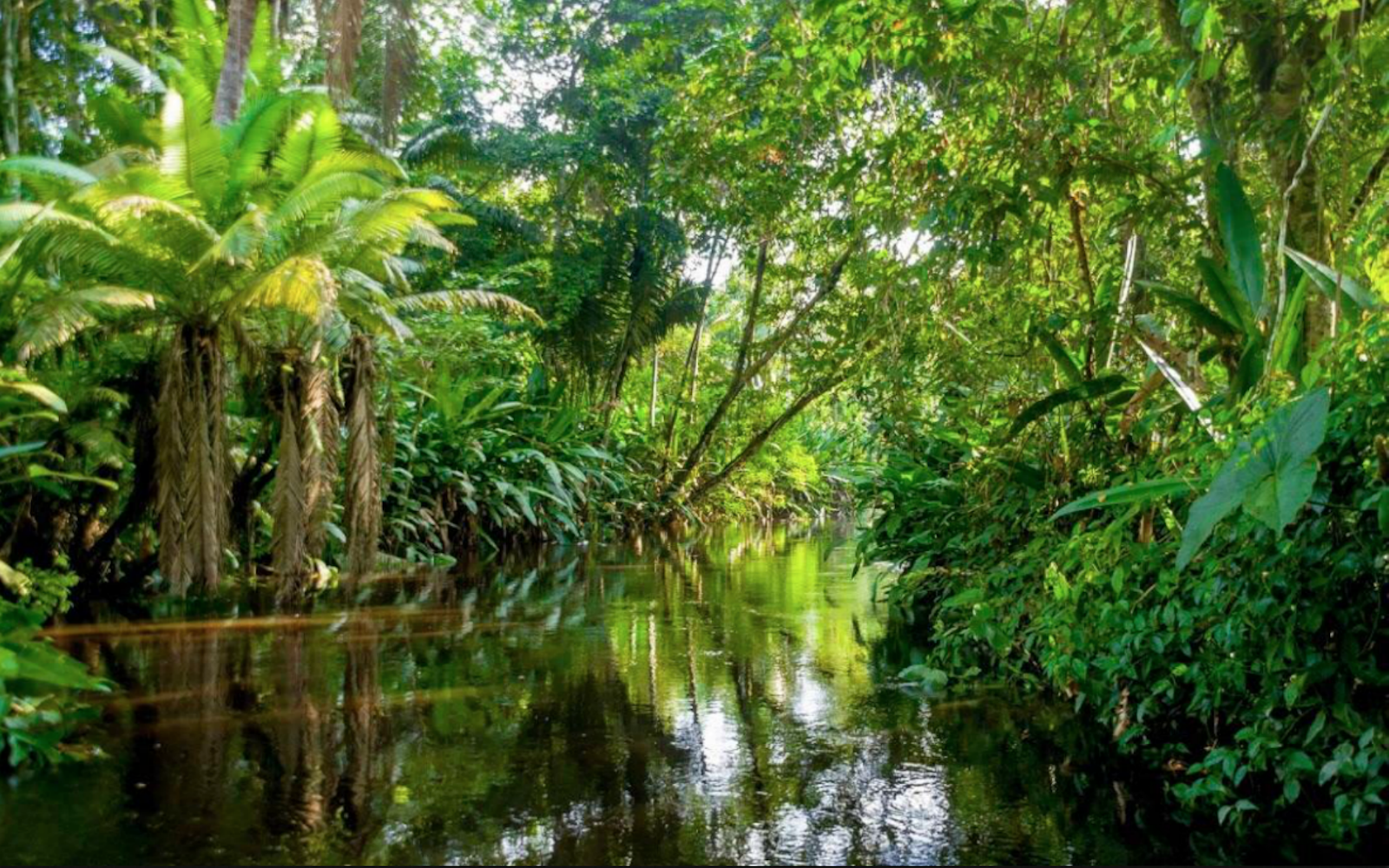 Scientists are warning that the Amazon, the world’s largest tropical rainforest, is quickly reaching a “point of no return.” The study titled “Amazon Tipping Point” was written by Thomas  Lovejoy, a professor in the department of environmental science and policy at George Mason University, and Carlos Nobre, a member of the Brazilian Academy of Sciences and senior fellow of World Resources Institute Brazil, and aims to identify how much deforestation would be able to occur before the forest’s natural water cycle would stop supporting its own ecosystem. Sadly, it doesn’t look like there is very much time left before this happens.

“If the climate changes – by deforestation or global warming – there’s a risk that more than 50 percent of the Amazon forest becomes a degraded savannah,” said Nobre.

According to the study, in the past 50 years, deforestation has impacted about 17 percent of its vegetation. By wiping out the remaining three percent, the rainforest would become totally unsalvagable.

“We believe that the sensible course is not only to strictly curb further deforestation, but also to build back a margin of safety against the Amazon tipping point, by reducing the deforested area to less than 20 percent, for the common sense reason that there is no point in discovering the precise tipping point by tipping it,” the scientists said.

This is devastating considering how the Amazon produces 20 percent of the earth’s oxygen and contains one in ten of all species on the planet, including 40,000 plant species, 300 freshwater fish species, 370 reptile species, 1,294 bird species, 427 mammals, and 428 amphibians. The Amazon River spans 4,100 miles long and is responsible for 20 percent of all free-flowing fresh water on earth. Up to 30 million people, including 280,000-350,000 indigenous people, rely on the rainforest as a source of food, income, and medicine.

So, how do we ensure we don’t reach the tipping point? We get to the root of the problem: industrialized animal agriculture.

It might not be a topic that is commonly talked about in reference to deforestation, but our global demand for cheap meat and dairy is eating the planet’s rainforests.

Industrialized animal agriculture is one of the largest drivers of global deforestation. 2,000 trees are chopped down in the Amazon rainforest every 60 seconds to make room for agriculture. 1,600 of those trees are chopped down every minute just to make room for cattle to graze and to grow livestock feed. Researchers at the University of Cambridge estimate that for every 10 percent of the rainforest that is destroyed, we will lose one or two species. The loss of species also plays a critical part in hindering the Amazon’s ability to function as a healthy ecosystem.

What is happening in the Amazon is a symptom of a much, much larger problem with our global food system. We are prioritizing producing meat, especially beef in the Amazon, over a biodiverse array of crops for people to consume directly. Growing soy, which is responsible for a HUGE portion of deforestation in South America, and corn on vast swaths of land that used to be rainforest, and placing cattle in the middle of these vibrant biodiversity hotspots is endangering the future of human life on the planet.

With the world’s population set to reach 9.8 billion by just 2050, we would need 50 percent more land to feed the growing population with factory farmed meat. Land that we simply don’t have. 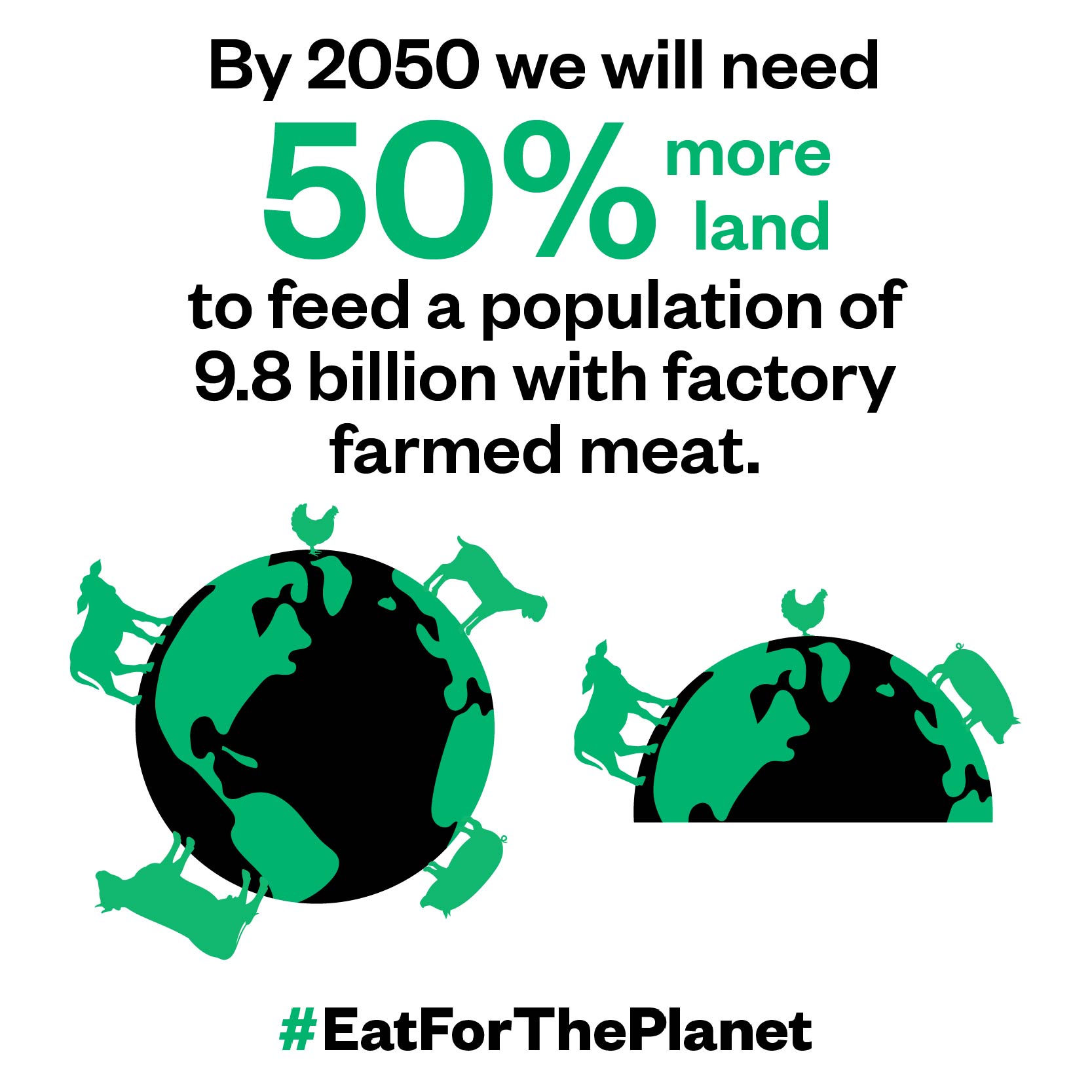 The ONLY way we would be able to get close to this number would be to do away with every living forest on Earth – a possibility that’s not even that far away; scientists believe we could wipe out the planet’s rainforests in the next 100 years if we don’t make a change.

Luckily, there is something that we can do right here and now to lessen the burden on the Amazon, and all of the planet’s forests.

Saving the World One Bite at a Time

Seeing how industrial animal agriculture puts a huge burden on the Amazon, one of the best things you can do to help is lower or eliminate your consumption of meat. You might be thinking “But how is eating a burger in the U.S. impacting the Amazon?” Well, consider this: Brazil exports a large portion of the beef that it produces, and the United States imports approximately 200 million pounds of beef from the area! Not just that, the USDA estimates that the area of cultivated land used for soy production in Brazil will reach 30 million hectares by 2020 – that’s an area of land larger than the United Kingdom – and 75 percent of that soy will be turned into feed for livestock.

You can do something TODAY to save the Amazon rainforest. By simply opting for plant-based proteins instead of meat, you can help drive down demand and deforestation along with it. For more impactful stats like these and to learn how you can help the environment with your food choices, check out the new #EatForThePlanet book! Help us spread the word about this important movement by sharing this information with everyone you know. 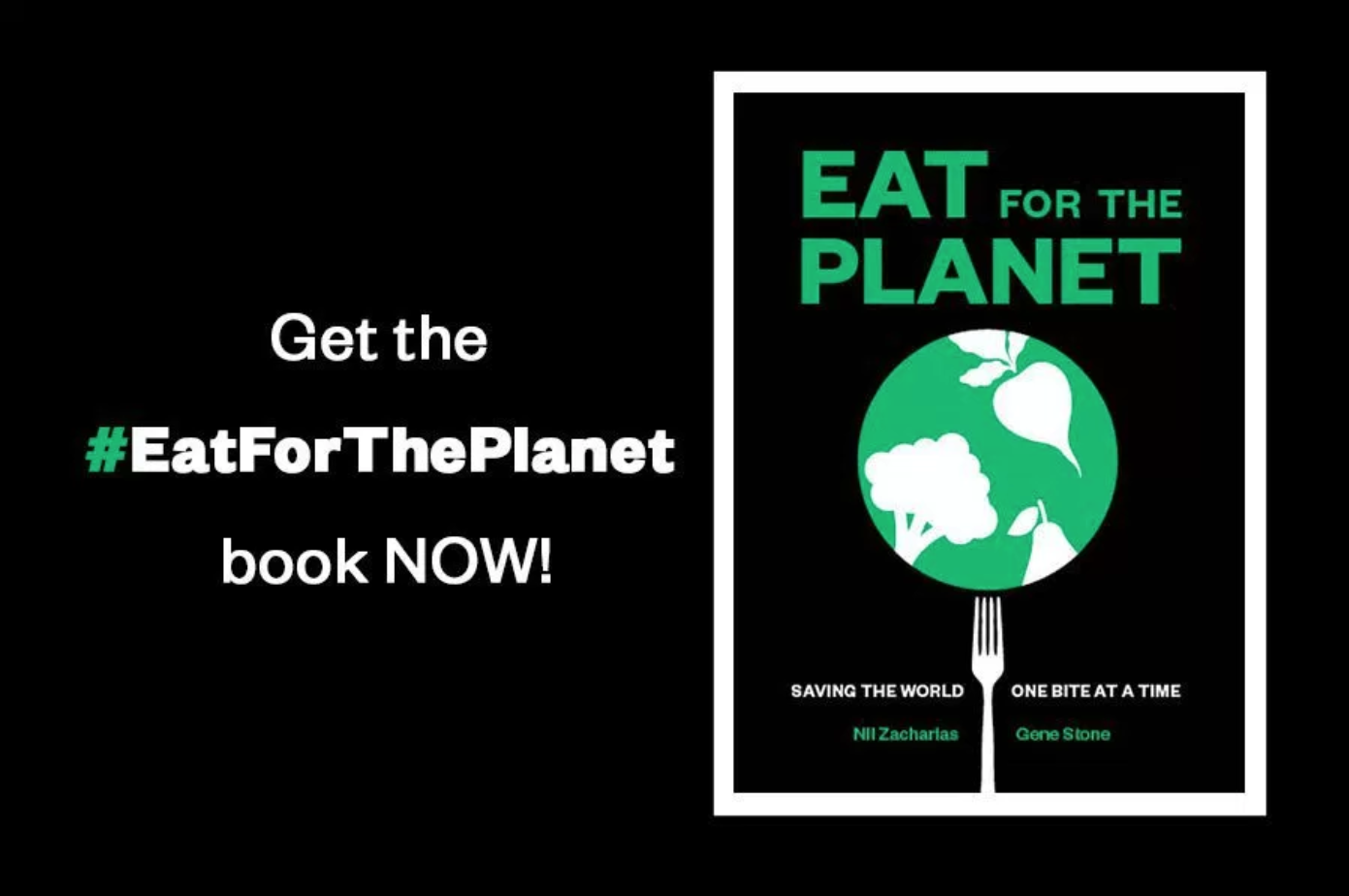