How the Tourism Industry Exploits Wild Animals for Profit and What You Can Do to Stop This! 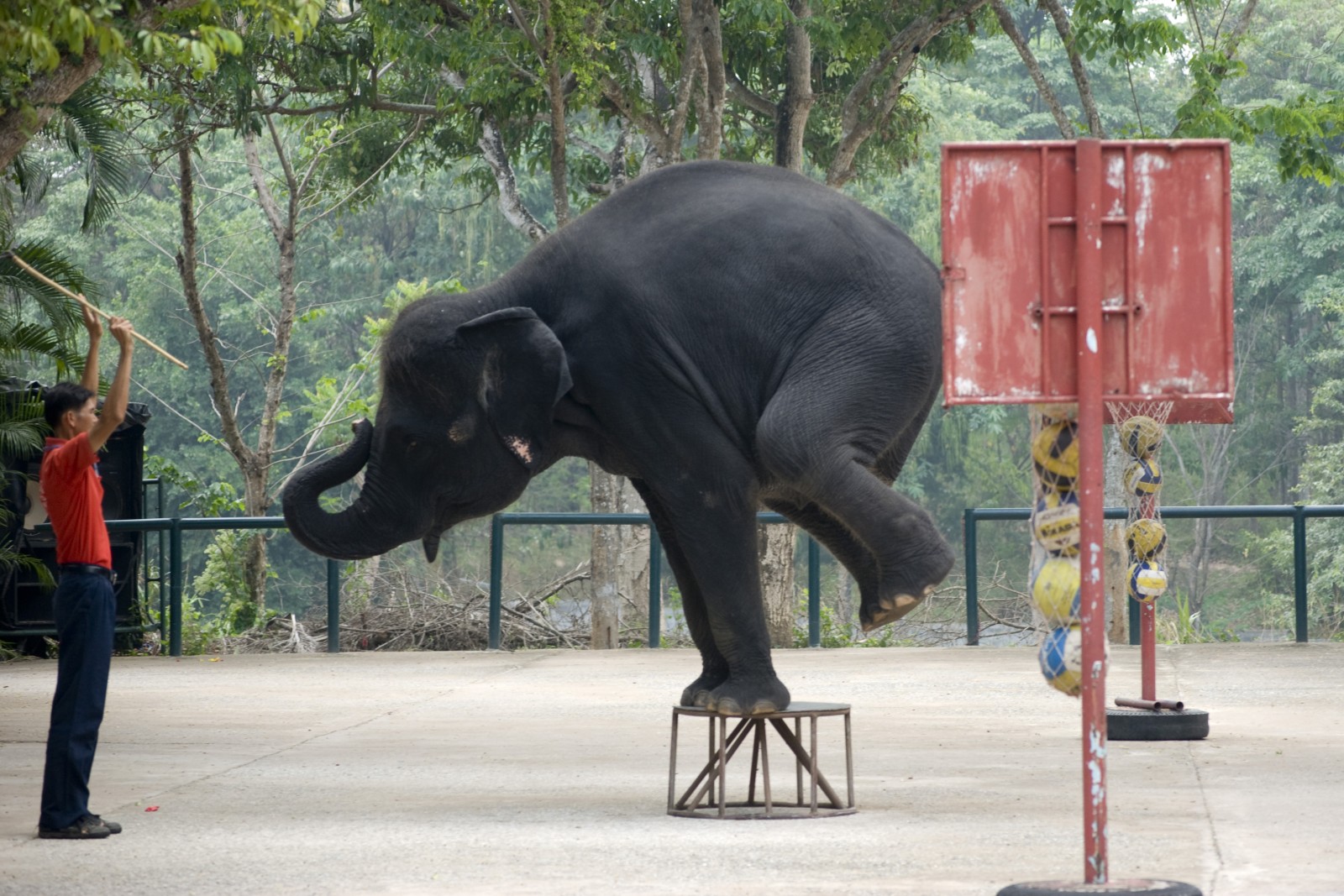 I’ve had the privilege and pleasure of encountering lions and tigers in the wild, and it’s hard not be awed and humbled by such an experience.  But I’ve also seen lion cubs, as young as six weeks old, taken from their mothers, and petted relentlessly to frustration by 100 to 150 overeager tourists a day, keen to get that cool “selfie.”

Tigers are trained to walk on tightropes in bizarre shows, exploiting their natural agility and grace to entertain audiences. The controlled strength of elephants is misused to give paying visitors back rubs or throw darts at balloons. And orangutans are brutally forced into inflicting aggression against each other in a boxing match – cheered on by men, women and children supporting their chosen “fighter.”

Abuse Starts Before the Performance

I was sure the audience wouldn’t have been cheering and clapping if they had known how brutal the training regime was that broke the orangutans into performing such unnatural routines. “Performing” robs these animals of their power and majesty, while they are made to endure a listlessly boring life in captivity. 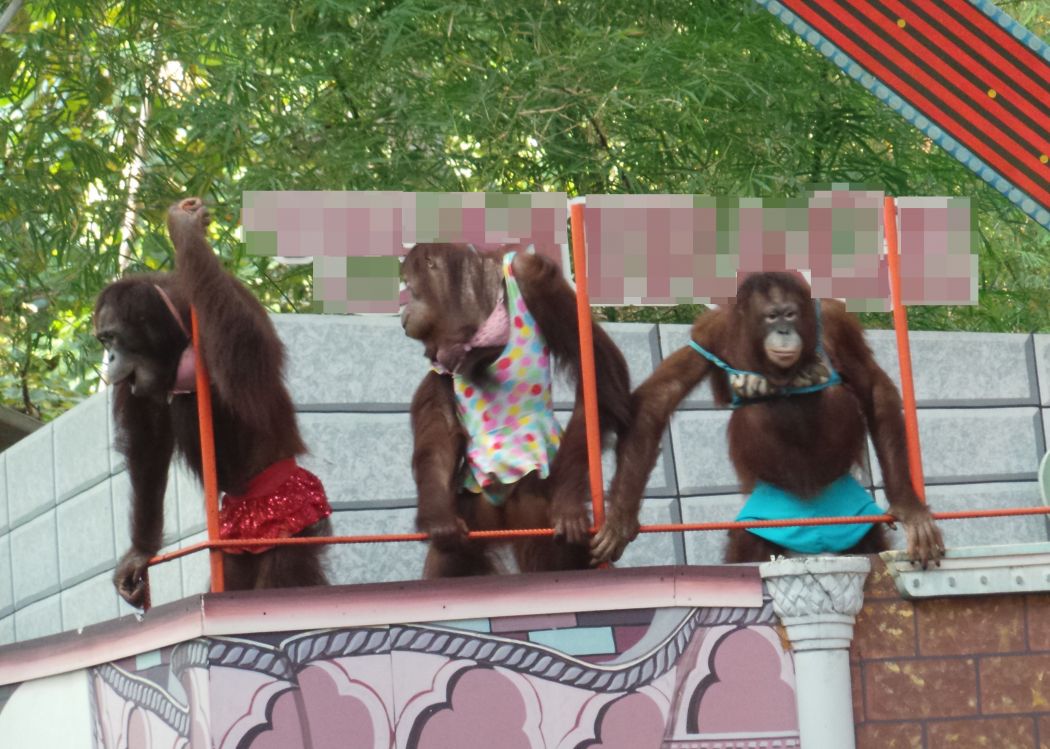 Other visitors seem unaware that the lions and tigers they are happily petting and taking photographs with, and the elephants and orangutans performing in shows, have all been exploited from birth purely for profit.

In Thailand, people are paying 700 baht ($20) to pet a tiger cub and capture that “special moment” with these animals – unaware of the true cost. But the owners of these type of establishments are well aware of what they are doing and rely on this unintended ignorance to generate profit. We’re spreading awareness of the abuse that’s involved so tourists can make informed decisions.

As an investigator, I’m trained to act a cover persona, a tourist in this instance. And so I’ve had to view these shows with some level of “enthusiasm,” as the rest of the tourists were, to blend in.

It’s not just lions, tigers and elephants that are subject to this cruelty. I recently went to an orangutan boxing show, and that really did test me.

Watching two orangutans enacting violence was bad enough, but seeing scantily clad orangutans gyrating in sexually suggestive ways by the side of a boxing ring was one of the most disturbing things I have ever seen. Read my orangutan blog post to find out more about what these intelligent animals are forced to do.

It’s incredibly sad to hear and see how wildlife is treated in the tourism industry. But by working together to build a global movement and helping tourists and travel companies to combat wildlife exploitation, we can protect wild animals and end their suffering. 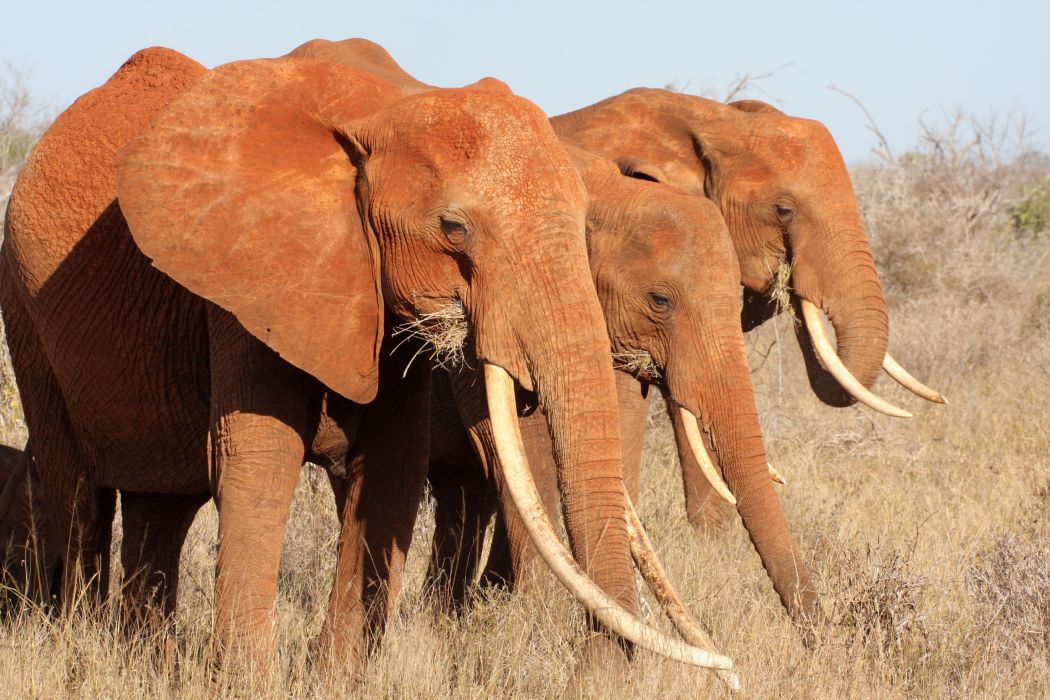 TripAdvisor, the world’s largest travel site, profits from cruelty to wild animals. Their influence on the tourism industry is immense – they could help end wildlife suffering, but contribute to it instead.