The Heartbreaking Cruelty I Witnessed Undercover at an Orangutan Show 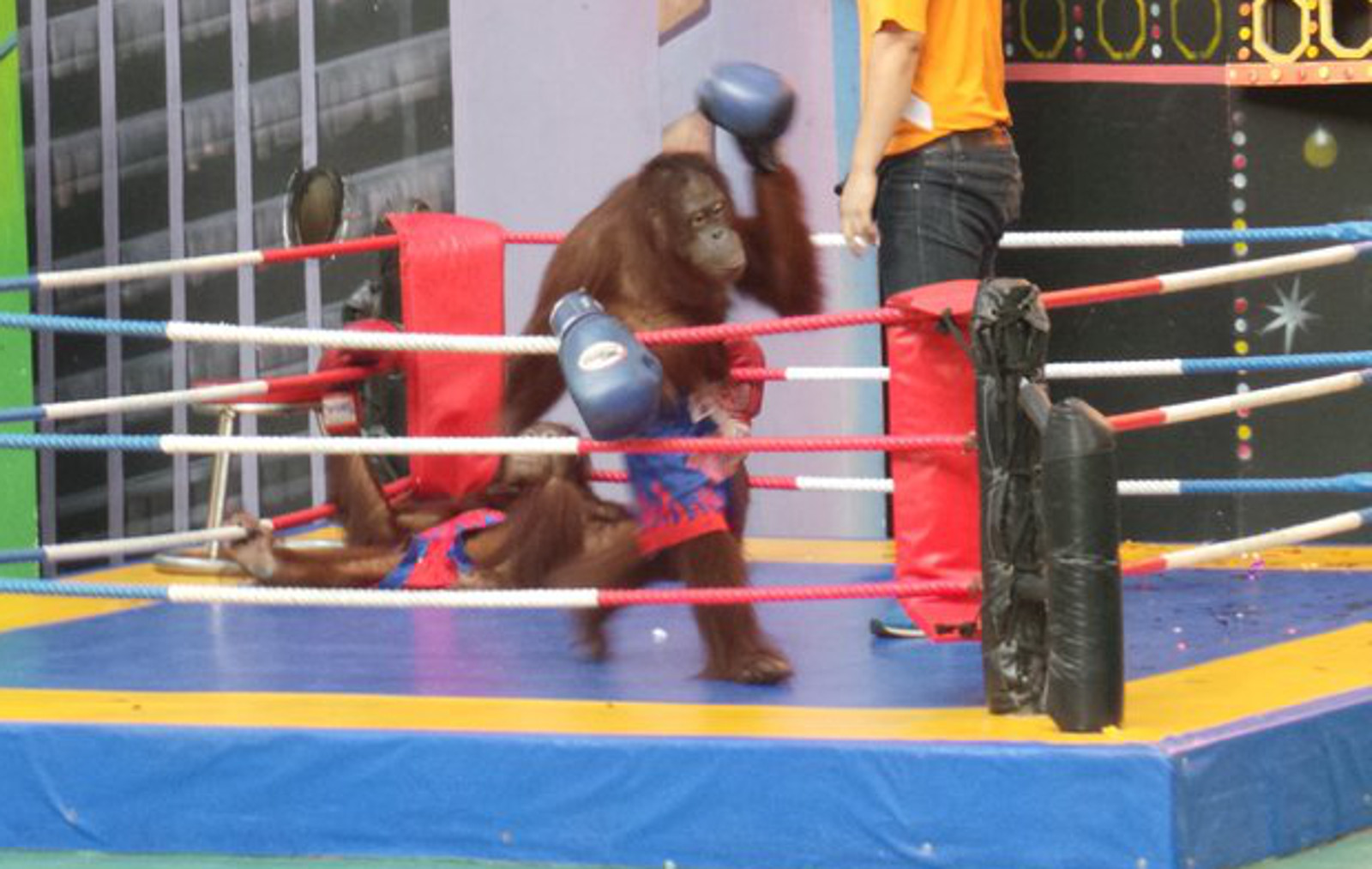 I’ve seen some terrible things during my time in the investigations team – but the orangutan “entertainment” at this major zoo in Southeast Asia was one of the most upsetting.

The atmosphere was chaotic. It was nonstop for around 25 minutes – music blared from speakers, glitter cannons exploded, and the audience shrieked. In the middle of it all, a troupe of small orangutans “performed” despite the deafening clamor.

From the moment they flew in on zipwires, the cruelty and trauma these animals were experiencing became evident. Orangutans in bras and miniskirts were pole-dancing and thrusting disturbingly. Doing sit-ups. Dancing. Stripping. The handlers constantly shoving, poking and grabbing the passive orangutans. The featured boxing show was especially nasty to watch: these incredible animals were forced to hurt each other for no reason whatsoever. Throughout the “performance,” their faces registered utter dejection.

Cruelty Behind the Scenes

Perhaps the most disturbing thing about the show was its precision. These weren’t just orangutans capering around – the level of brutal conditioning necessary to fine-tune this kind of behavior is unthinkable. This is the root of the problem for animals exploited for entertainment: the worst of the cruelty takes place behind the scenes, long before the audience pay for the product. Tourists see what they want to see – clever animals appearing to enjoy themselves. But every behavior is deeply unnatural – every trick divorced from free will and natural instinct.

The audience don’t see the violence, the starvation, the torture necessary to produce these responses over an agonizing period of time.

Throughout the show, a baby orangutan, only about one-year-old, struggled to keep up and perform the right tricks. He looked so lost and scared – acting just like a human child might when they’re frightened. His handler was rough with him, both during and after the show – but as the closest thing the little orangutan has to a parent, he clearly also trusted this person and looked to him for comfort, wrapping an arm around his legs whenever he was close enough. In the wild, baby orangutans stay with their mothers for at least seven years, so seeing him so isolated and roughly handled was heartbreaking. This kind of early trauma can be enough to inflict permanent psychological damage.

Not in Good Health

In general, the skinny orangutans were in poor condition, with hair patchy and thin: a very sad sight. They all looked relatively young – not surprisingly, as full-grown orangutans are very large and strong, and would be difficult to control. I don’t like to think about what will happen to these orangutans once they get too big to be part of the show.

We were able to film elements of the show, but unable to observe the treatment of the orangutans backstage. We were aware that this was just one of many animal shows taking place in the large zoo we visited. So many animals, forced to repeatedly endure this torment several times a day.

Hundreds of people looked on happily – tourists, locals, and schoolchildren – seemingly with no idea of the hidden cruelty involved. That’s why it’s so important to educate tourists about animal shows: while the appetite exists, the cruelty will continue, and it simply has to stop. I don’t know how these orangutans cope with this overpowering and abusive environment, so far removed from the peaceful forests they should be living in.

Wild Animals Belong in the Wild 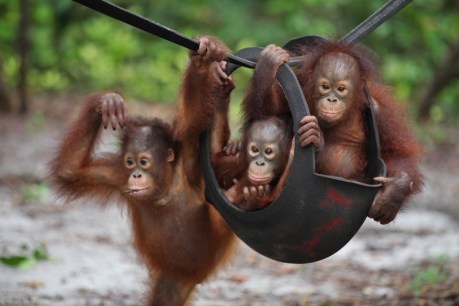 You can help us to end cruelty to wildlife in the tourism industry. 250,000 people have already joined our movement – add your voice now to help protect wildlife.