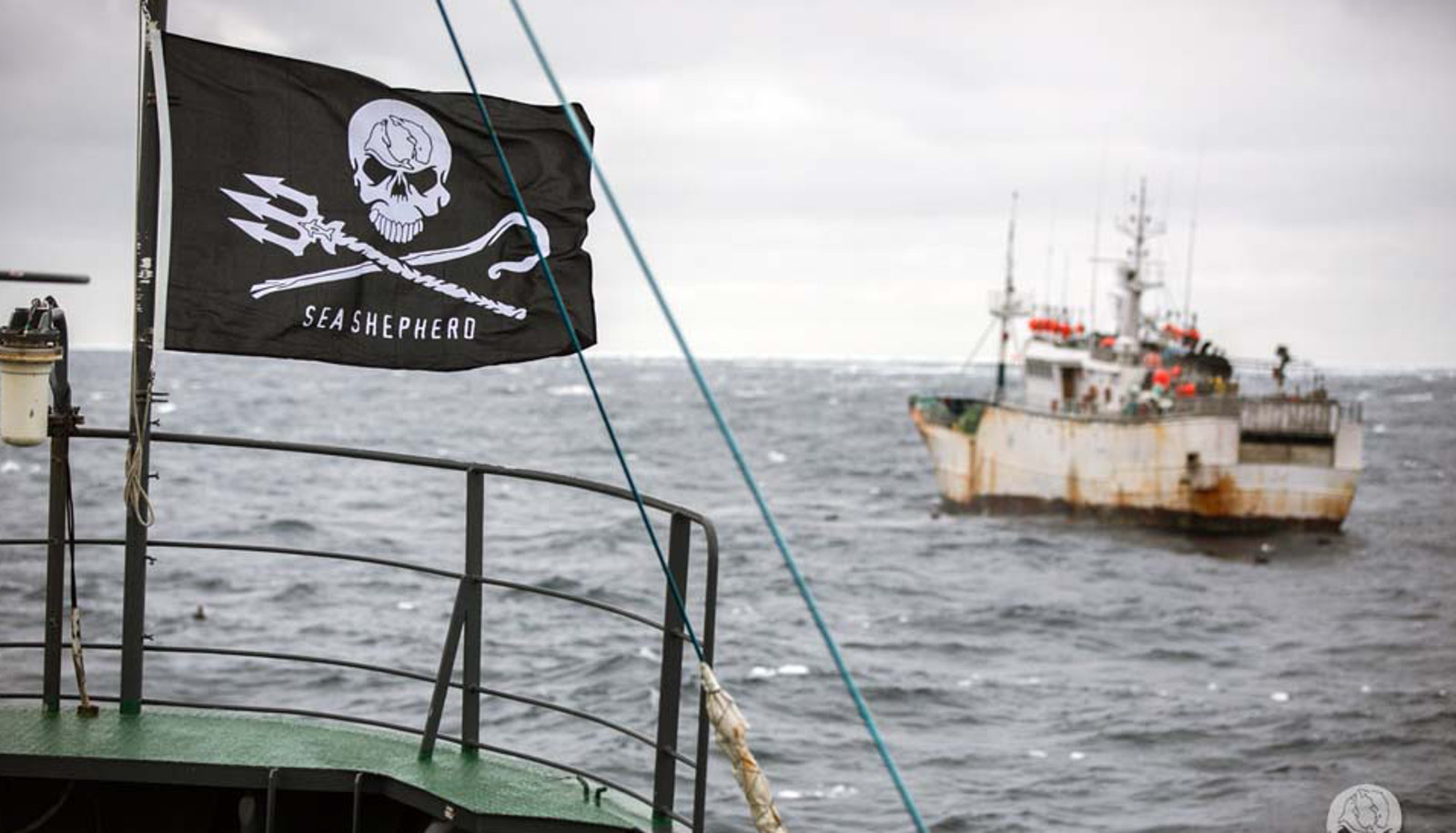 Captain Peter Hammarstedt and Captain Sid Chakravarty of Sea Shepherd have called upon the Australian and New Zealand authorities and the relevant international enforcement agencies to ensure the missing Interpol Purple-listed toothfish poaching vessel, Taishan, does not disappear after going on the run from Thailand.

The vessel has been under arrest in Phuket since March when it attempted to offload 182 tonnes (approximately 200 tons) of illegally caught Patagonian toothfish as grouper.

Since then, Thai authorities have used the country’s national laws to keep the Taishan in port. However, given the limited application of the law to international fisheries crimes, the vessel was subsequently reloaded with her catch and was kept at anchor for the past five months. Citing the first possible opportunity, the vessel has eluded the local Thai authorities and escaped from custody on the 8th of September, 2015.

The Operation Icefish campaign leaders warn there is high risk that the illegal cargo of toothfish will be sold on the black market, and that the poaching vessel will now return to Antarctica.

Reports that the catch of the Taishan’s sister vessels, the Yongding and the Songhua, have disappeared without a trace, indicate that enough loopholes exist for the illegal vessels to continue to operate once they are no longer under the surveillance of authorities.

A Long Sordid History With the Kunlun

The Kunlun has a long history of suspected fishing violations and is believed to have links to known Spanish crime syndicate, Vidal Armadores.

The vessel had been the target of several international incidents and run-ins with authorities in the lead-up to its detention.

A toothfish, the lucrative target of poachers, being pulled up from a seized illegal net. In January, the Kunlun was one of three illegal fishing boats which brazenly fished in the presence of the New Zealand Navy after they were found engaged in fishing using banned gillnets in Australian waters, in the Southern Ocean.

In February, the vessel was again intercepted inside Australian waters, this time by the Sea Shepherd ship, Sam Simon. TheSam Simon then engaged in an eight-day pursuit of the poaching vessel, chasing it out of its hunting grounds in the Southern Ocean.

Later that same month, Australian Customs and Border Protection officers boarded the Kunlun in waters near the Cocos (Keeling) Islands in a feeble attempt to gather evidence of illegal fishing activity. The vessel was allowed to carry on to Southeast Asia with its illegal catch and gear.

Then in March, coordination between Sea Shepherd, international policing organization, Interpol, and law enforcement authorities in Thailand, Australia and New Zealand resulted in the Kunlun being detained in Phuket.

Captain Hammarstedt, who is also the Chairman of Sea Shepherd Australia, has criticized Australia and New Zealand for their poor handling of the matter.

“When Sea Shepherd criticized Australia and New Zealand for not arresting the Kunlun at sea, authorities in those two countries assured the international community that the most effective tool in the fight against these poachers was port state controls. As the Taishan has now escaped from Thailand with its illegal catch in-tow, we are seeing this blunder for what it really is. If the vessel had been arrested by Australia or New Zealand, the catch would never have been returned. Instead, Australia and New Zealand’s unwillingness to arrest the Kunlun and seize its catch at sea has allowed this poaching operation to continue, and to profit from its crimes,” he said.

Support Needed to Make a Difference

In recent months, Thailand has shown willingness to clean up its waters and drive out Illegal, Unreported, Unregulated (IUU) fishers out. However, without support from its wealthier Pacific neighbors, it appears that their efforts might fall short.

Captain Chakravarty said, “An Interpol-listed vessel has slipped through the clutches of the Thailand Authorities and is on the loose. The escape of the Taishan from the waters of Thailand clearly proves the brazenness of the toothfish poaching industry and its willingness to defy national and international law enforcement agencies. With the catch of the sister vessels, the Yongding and the Songhua, assimilated into the legal markets, unless this Kunlun is found and arrested again, we expect another 182 tonnes of toothfish being traded the same way.”

Operation Icefish was Sea Shepherd’s first campaign to target Illegal, Unregulated, Unreported (IUU) fishing of toothfish in the waters of Antarctica, and the organization’s longest, continuous at-sea campaign to date.