Why Circuses That Use Domestic Animals are Still Abusive Attractions 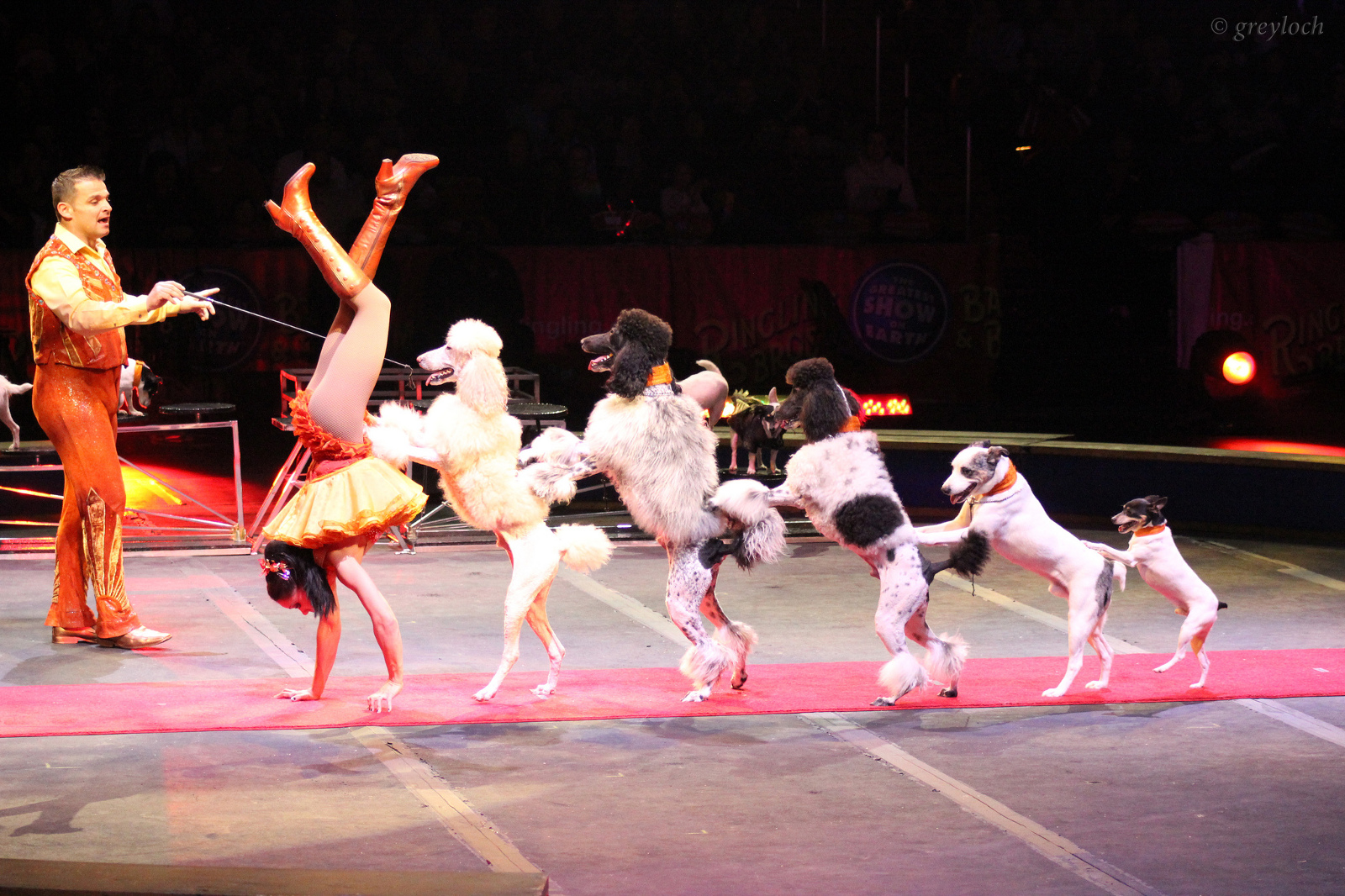 Circus acts have been a form of entertainment for the public, primarily children, for thousands of years. However, it wasn’t until the 1700s when animals began to become an integral part of the acts. By the late 1870s, exotic animals were being trained and showcased regularly, with Barnum and Coup (who was later bought and merged with Ringling Brothers) using as many as 20 elephants in a single circus tent. While these initial exotic animal spectacles were thought to be awe-inspiring, nearly magical shows, over the course of a century people began to note the cruelty to animals inherent in these shows. Once the public became privy to how circus animals are trained via methods of torture and starvation, the novelty of these performances began to fade.

In March of this past year, Ringling Brothers and Barnum and Bailey Circus announced they would be phasing out and retiring elephants from all of their performances by 2018. A far cry from the Ringling Brothers of the past. For many, this was seen as a positive step in the right direction; for others, 2018 seems light years away considering the degree of trauma elephants endure while performing in these traveling menageries. In fact, animal welfare organizations have released undercover footage of severe abuse and neglect of the animals confined to these traveling circuses, Ringling Brothers included, for years.

Whatever stance you take, we continue to hope these changes will be crucial to the fight for animal-free circuses. While we would like to think that in the future all circuses will phase out the use of animals, uncertainty lies ahead as some circuses may opt to increase their use of domesticated animals that can be just as easily exploited. Domestic animals like cats, horses, parakeets, cattle, and goats may not be nearly as glamorous as the tigers, lions and elephants seen under the big tents, but they are used in some performances. Although the circus would like the public to believe these animals are easily trained due to their domestication, they are not exempt from abuse.

While it is true that many domestic animals are incredibly social in comparison to their wild counterparts, they do not choose to participate in the performances, it is expected of them.

Animals suffer invariably as they are forced to perform under extreme conditions. Like exotic animals, domestic animals are trained via methods of negative reinforcement and operant conditioning. These methods involve depriving animals of food and water until they perform and using various methods of pain and fear to gain authority over the animals.

Horses are often trained to stand on their hind legs and walk backward, a trick that is highly dangerous and entirely unnatural. The only reason a horse would perform such a trick is by way of fear or pain. 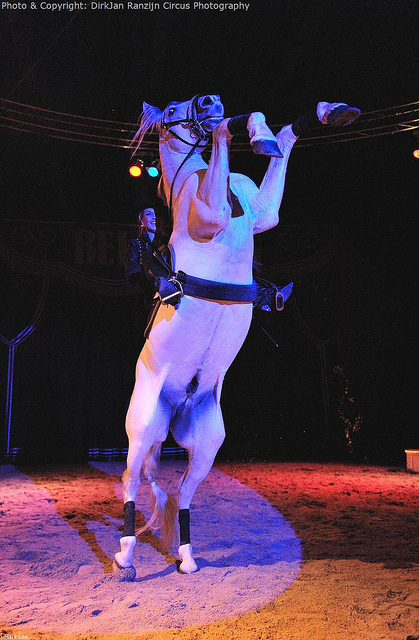 Elephant trainers often use hidden hooks or nails to control the animals with pain, PETA found that the same tactic is used on dogs in the circus. From the audience, it appears as if the trainer is petting the dog, but in reality they are prompting them with a sharp pinch. 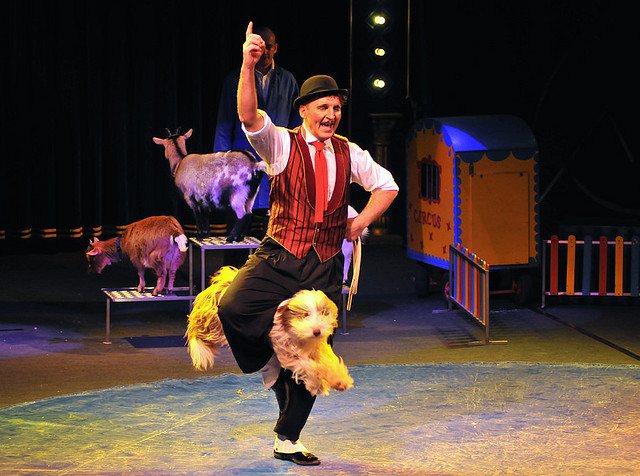 When animals aren’t performing, they’re often tied up or restricted to small cages. Most domestic animals are incredibly social in nature, so being forced into solitary confinement that is completely devoid of enrichment takes a major toll on their well-being.

A study performed by Animal Defenders International found that domestic animals in circuses display stereotypical behaviors such as head bobbing and pacing actions commonly exhibited by captive elephants and big cats. These unusual actions are symptoms of “zoochosis” an extreme mental and physical distress. Lack of enrichment and stimulation paired with starvation and long-periods of time locked in a small cage can understandably lead to this sort of suffering among animals – no matter the species.

More than any other domestic animal used in the circus, dogs find undisputed pleasure being surrounded by and interacting with people and social situations, but the downtime of circus life can wear heavily on these social animals. Dogs are confined to crates during travel with minimal enrichment, leading even these animals to experience uncharacteristic behaviors typical of zoochosis. 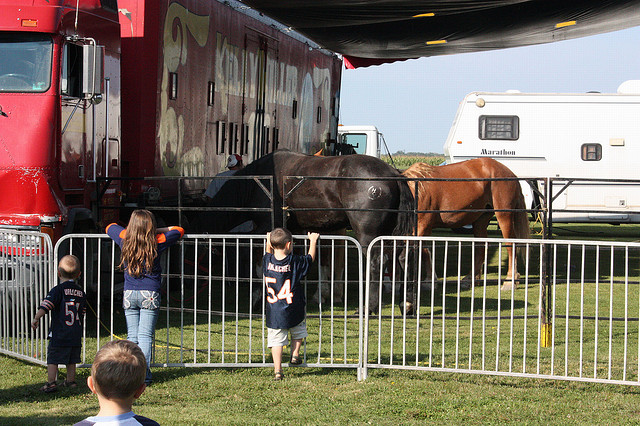 According to Animal Defenders International, studies show that horses in the circus experience weight loss, increased aggression and increased levels of anxiety, leaving them susceptible to disease due to a compromised immune system. Additionally, traveling circuses carrying cattle precipitated a change in their nutritional status (including their appetite), and their immune function.

Spending extended periods of time in cages also causes many domestic circus animals to suffer from arthritis, joint problems. Horses are typically ridden by their trainers and sometimes offered out to the public for rides. This puts an enormous amount of weight and stress on the horse’s back, making them susceptible to serious spinal injuries.

To top it all off, most exhibitors deprive their animals of proper veterinary care, allowing potentially minor ailments to escalate into life threatening conditions. 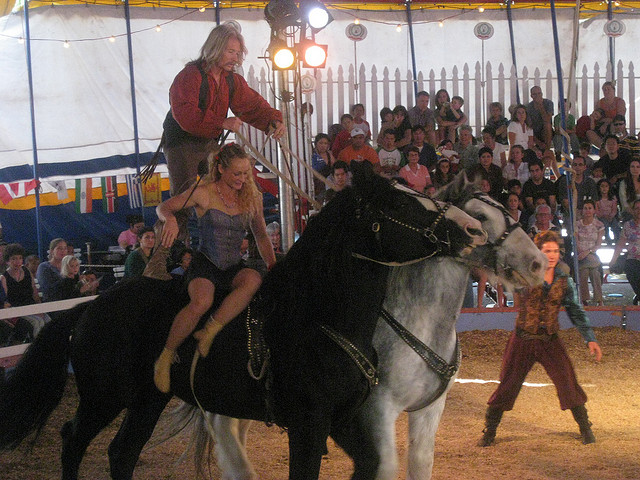 Circuses are infamous for abuse, whether it be intentional or simply through the environment the animals are forced to live in. To those of us who respect the welfare and lives of individual animals, many of the acts performed by domestic or wild animals are simply unnatural and fundamentally wrong.

If you have a desire to experience some incredible acrobatic performances, look into an animal-free circus like Cirque du Soleil, one of the biggest circus acts in the world.

Interested in ending the use of animals in circuses? Check out these tips.