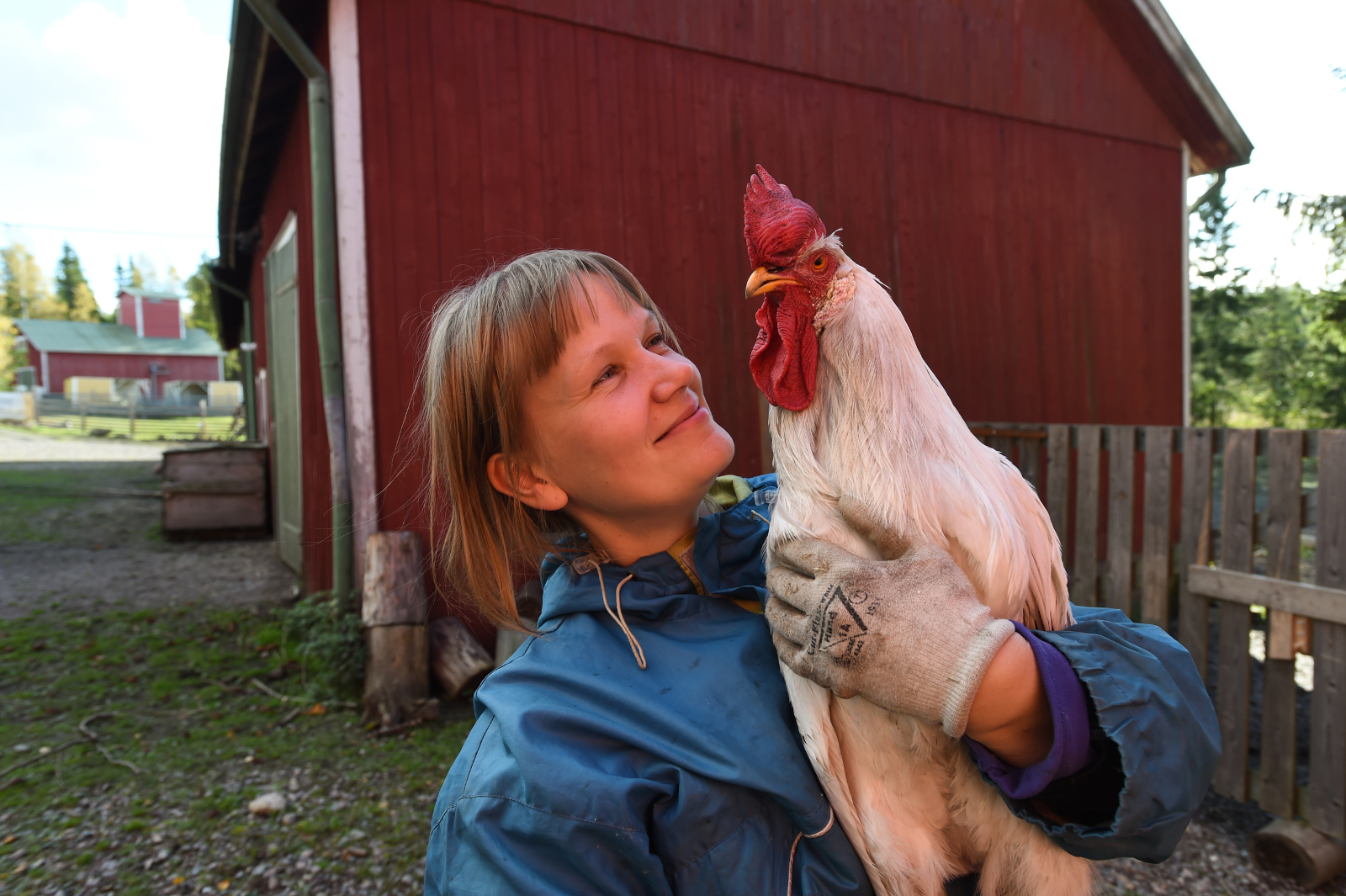 Society inflicts such great cruelty on animals that it often becomes far too overwhelming to understand. It is encouraging to know there are people willing to stand up for what’s right and make the world a better place for all. In the realm of animal advocacy, there are many inspirational individuals working tirelessly to promote tangible change. One such advocate is acclaimed photojournalist Jo-Anne McArthur. Her thought-provoking We Animals project and subsequent book, have shone a spotlight on the some of the harshest industries exploiting animals, including factory farming, animal captivity, and fur farming to name a few. McArthur’s resilience and strength is a true testament for anyone involved in animal rights.

As a follow-up to We Animals, McArthur has teamed up with Dr. Keri Cronin from Brock University to create a multimedia platform that aims to “recognize and celebrate women at the forefront of animal advocacy, in both a contemporary and historical context” – the Unbound Project. Who has been featured so far? How is this project bringing about change for the animals?

The Unbound Project has featured a collection of amazing women dedicated to animal rights and freedoms. Their stories are unique yet all share the same ambition to lend their voice to those that suffer in silence – the animals.  Patty Mark, the founder of Australia’s Animal Liberation Victoria was featured in the project in October 2016. 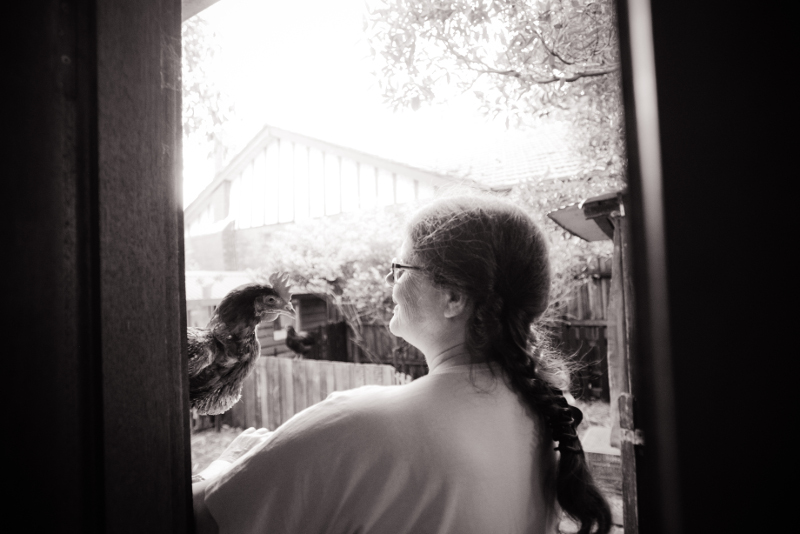 Animal liberation has long been viewed negatively by society and often seen as violent and destructive in nature. Stereotypical images of activists breaking into facilities in the dead of night to set animals free, sort of covert operations, no longer define animal liberation. Patty Mark successfully created a new form of liberation known as “open rescue” in which “there is no attempt to hide or avoid detection. Those participating in open rescues rely on video footage to not only show the deplorable conditions they find the animals in but also the importance of the immediate care and attention given to neglected and enslaved animals in great need.” 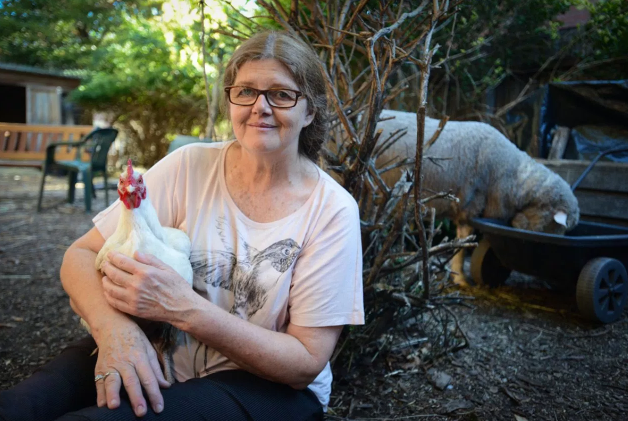 Essentially, Mark has laid the foundation for non-violent activism and is a true inspiration. The idea of “open rescue” is vital in documenting the abuse, neglect, and exploitation of animals on factory farms, in livestock auctions, as well as during transportation to slaughter. It is becoming impossible for these massive industries based cruelty to hide in the shadows. Women like Mark have made a huge impact in animal advocacy and have opened many doors for the world to see.

Piia Anttonen operates the Tuulispää Animal Sanctuary, a retirement home and rescue shelter for farm animals in Finland and was featured in the Unbound Project in September 2016. Anttonen founded the sanctuary in 2012 after attending a local horse auction. She witnessed the sad reality of unwanted horses being discarded and thrown away like trash when no longer useful to their “owners.” It was at that moment the way in which she viewed animals drastically changed. Realizing that there was an ever-present need to help “the elderly, the sick, the abused, and the neglected,” Anttonen created a place where all animals could live in peace, free from harm and suffering. 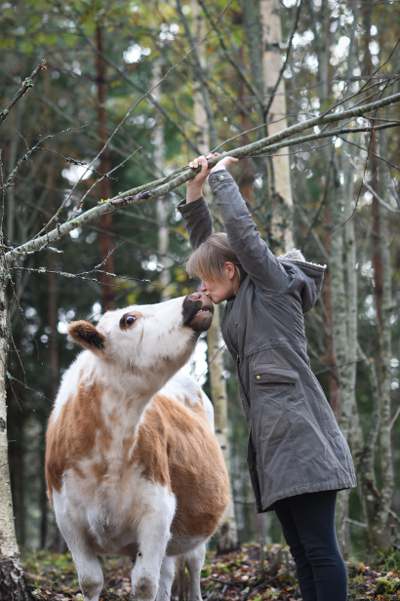 Since 2012, she has helped dozens of animals in need including horses, cows, sheep, goats, ducks, hens, roosters, rabbits, guinea pigs, dogs, and cats – all of who live in complete harmony, enjoying life to the fullest. In 2014, Anttonen’s selfless work was rewarded with two prizes in relation to animal welfare – the Topelius Prize for animal protection and the Prize for best act in animal protection. Anttonen promotes a vegan lifestyle and has hopes of one day creating an educational center at the sanctuary in order to raise awareness of the plight of farmed animals. She is a true advocate for the animals and deserves recognition. 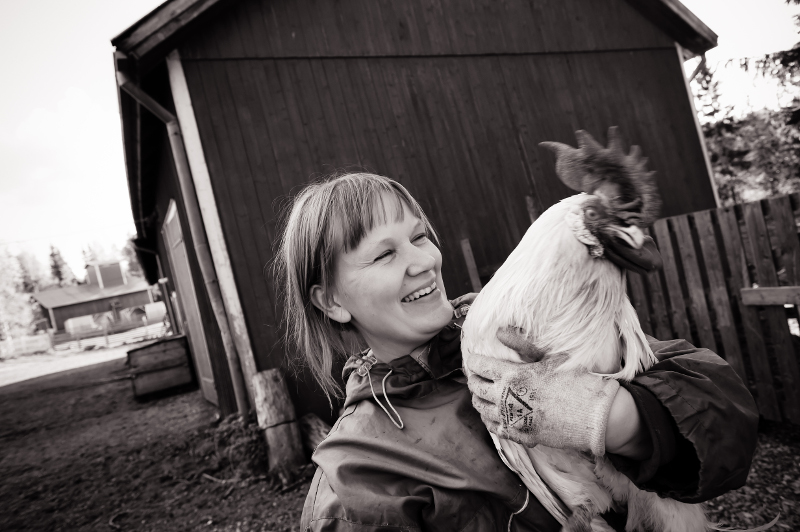 McArthur and Cronin not only recognize women currently active in animal advocacy but also those from the past. The author of “Little Women,” Louisa May Alcott is one such example.

Alcott wrote about an incident of compassion she witnessed in 1870 which mirrors today’s acts of bearing witness to the suffering of animals. Farmed animals, including sheep, were in visible distress on a hot summer’s day, confined in cramped conditions on a rail car. Alcott watched as two young girls thoughtlessly provided the panicked animals with water and fresh grass. She noted that she wished she “could have told those tender-hearted children how beautiful their compassion made that hot, noisy place.” Stories like these serve to draw attention to the idea that compassion and kindness towards all animals are not new concepts. In a society dominated by large-scale factory farms, the need for greater awareness and advocacy is vital.

The unbound project is constantly evolving as Jo-Anne McArthur and Keri Cronin continue to interview inspiring women on the front lines of animal rights all around the world. The goal of the project is not only to share their stories but also to motivate readers to become involved in animal welfare issues – “to demonstrate through these inspiring examples how we all can make a difference for the animals with whom we share this planet.”

If you would like to learn more about the Unbound Project, please take the time to visit their incredible website and show your support. You can also nominate outstanding women in animal advocacy to be featured.