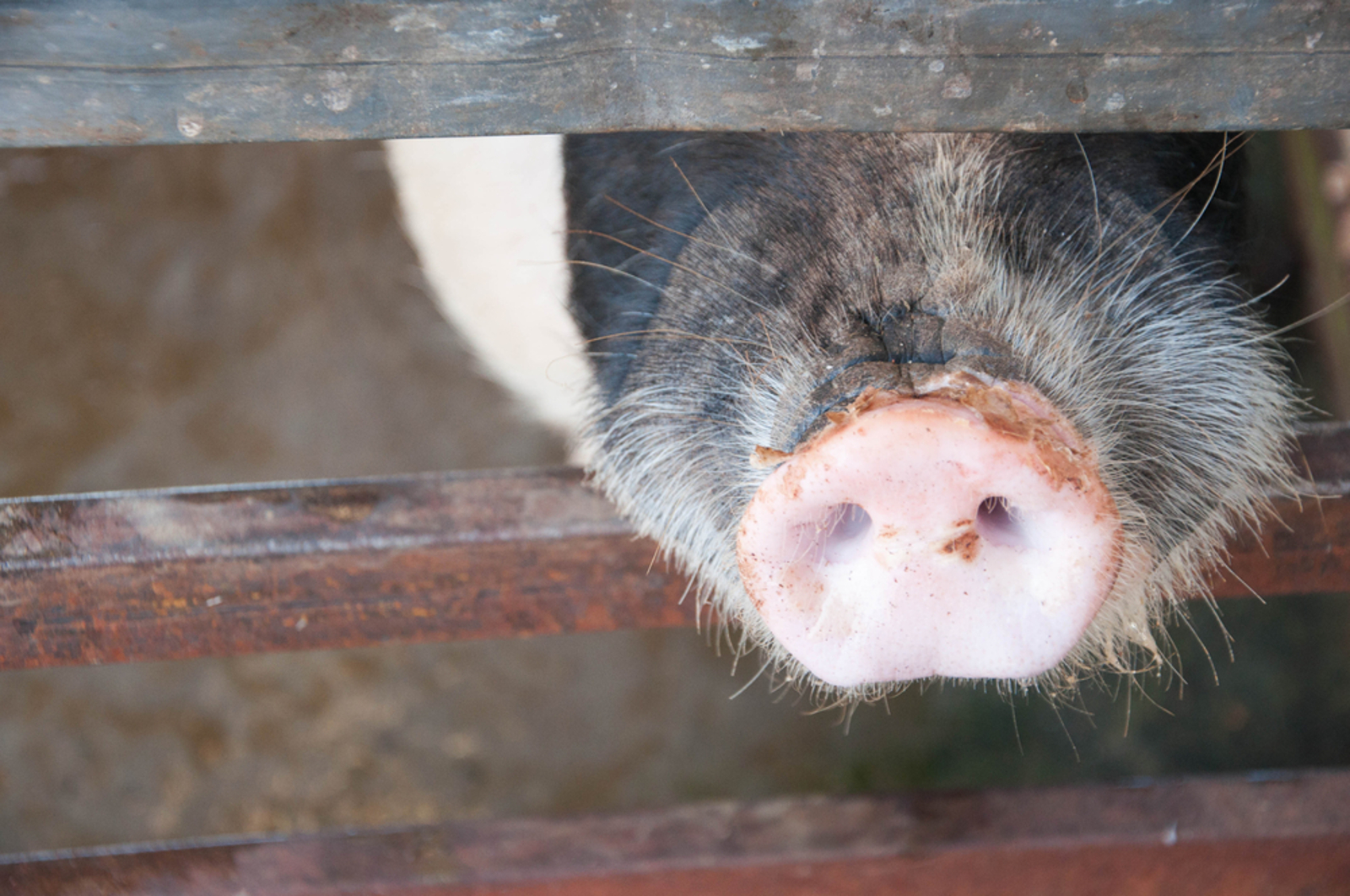 The great writer Leo Tolstoy once stated, “when the suffering of another creature causes you to feel pain, do not submit to the initial desire to flee from the suffering one, but on the contrary, come closer, as close as you can to him who suffers, and try to help.” This notion is particularly relevant when it comes to the suffering endured by farm animals – their short lives are filled with misery, cruelty, and grief. For some, it is easy to turn a blind eye, ignore the sad reality behind factory farming and continue living without regret. For others, the agony endured by farmed animals is far too great to walk away from, resulting in the desire to bear witness to their suffering. They deserve to be seen.

Factory Farming is large-scale, industrialized agriculture meant to maximize profit at the expense of the animals in its grasps.  In the U.S., around 99.9 percent of chickens for meat, 97 percent of laying hens, 99 percent of turkeys, 95 percent of pigs, and 78 percent of cattle are raised on factory farms.

Life for Pigs on Factory Farms

The majority of animals raised for meat, eggs, and dairy find themselves confined in overcrowded windowless factories, unable to even turn around. Pigs used for breeding are kept in small gestation crates – used and exploited until they are no longer profitable and sent to slaughter.

Their babies are taken away at approximately 20 days old and sent to a “fattening farm” until they reach a standard market weight. At only six months old, these piglets will be loaded onto a transport truck with hundreds of others and shipped to slaughter, often across long distances with no food or water. Their lives since birth are full of pain, confusion, and misery.

This is an industry that attempts to hide its dark secrets behind closed doors and stay out of view of the general public. Thanks to an unwavering group of people, the truth surrounding factory farming and slaughter is coming to light.

In 2010, the seeds of a new movement were planted with the creation of an organization known as Toronto Pig Save – a group of strong-minded individuals determined to make a difference for the animals. Co-founded by Anita Krajnc, its main purpose is to bear witness to pigs en route to slaughter by being physically present when the transport trucks full of pigs arrive at the slaughterhouse. It is a way of highlighting the issues surrounding the mistreatment of these gentle animals for the world to see. 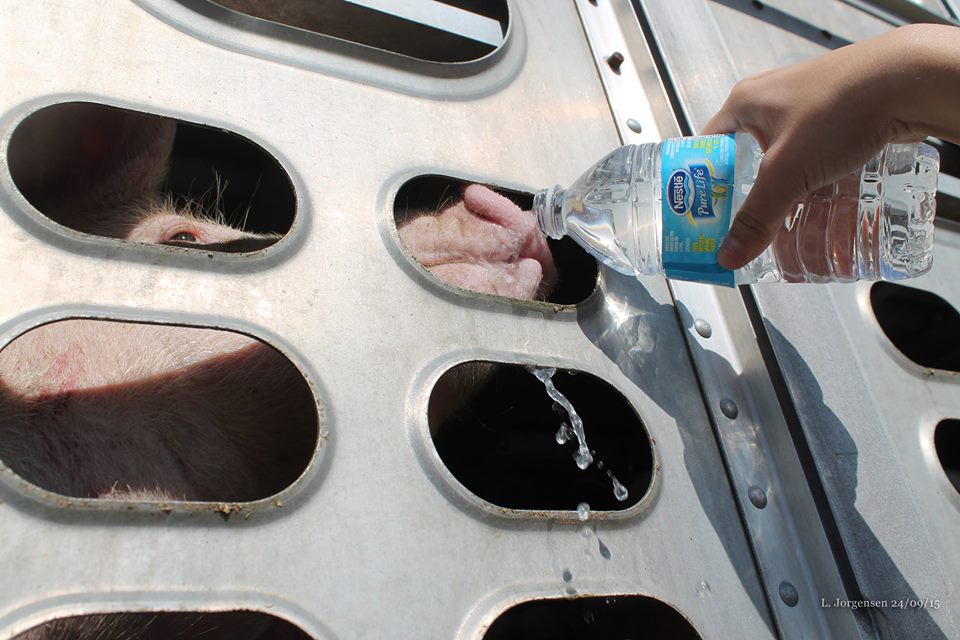 The group holds weekly vigils at downtown Toronto, Ontario slaughter plants where they are able to connect with the animals briefly before the pigs are hauled away to their deaths. As Anita explained in a poignant blog entry:

“You can immediately discern confusion, fear, and pain in their captivating eyes and in the scratches and gashes on the bodies of these gentle souls from rough handling … Looking at the pigs, touching their snouts as they push through the air holes to nudge and sniff our hands, hearing them grunt to communicate with us and each other, strengthens our resolve to do all we can to help them.”

The idea is simple yet effective, bear witness to the animals heading to slaughter – acknowledge them, comfort them, and raise awareness of their plight. The roots of this movement quickly began to spread and today, there are well over 100 “save” groups all over the world with more appearing every week.

The Save Movement is a global network of individual groups who bear witness to pigs, cows, chickens, and other farmed animals en route to slaughter by holding regular vigils at slaughter plants. The animals, as well as the activists, are photographed and documented as a means of spreading global awareness.

By sharing stories, photographs, and videos on social media sites, these groups are making it impossible for others to turn away and pretend it is not happening. The overall goal is to have groups placed at every slaughterhouse to create “a mass-based grassroots movement for animal justice.” Today, there are groups located in London, Los Angeles, Melbourne and Vancouver (to name a few).

Getting involved in this movement is a great place to start if you’re looking to get justice for farm animals. Attend a vigil in your hometown, or start a group by contacting the Save Movement if one does not exist. You can also help by supporting your local farm sanctuaries and rescues.

Show others the truth behind factory farming. Do not turn away from the suffering. We can all make a difference in the lives of farmed animals!