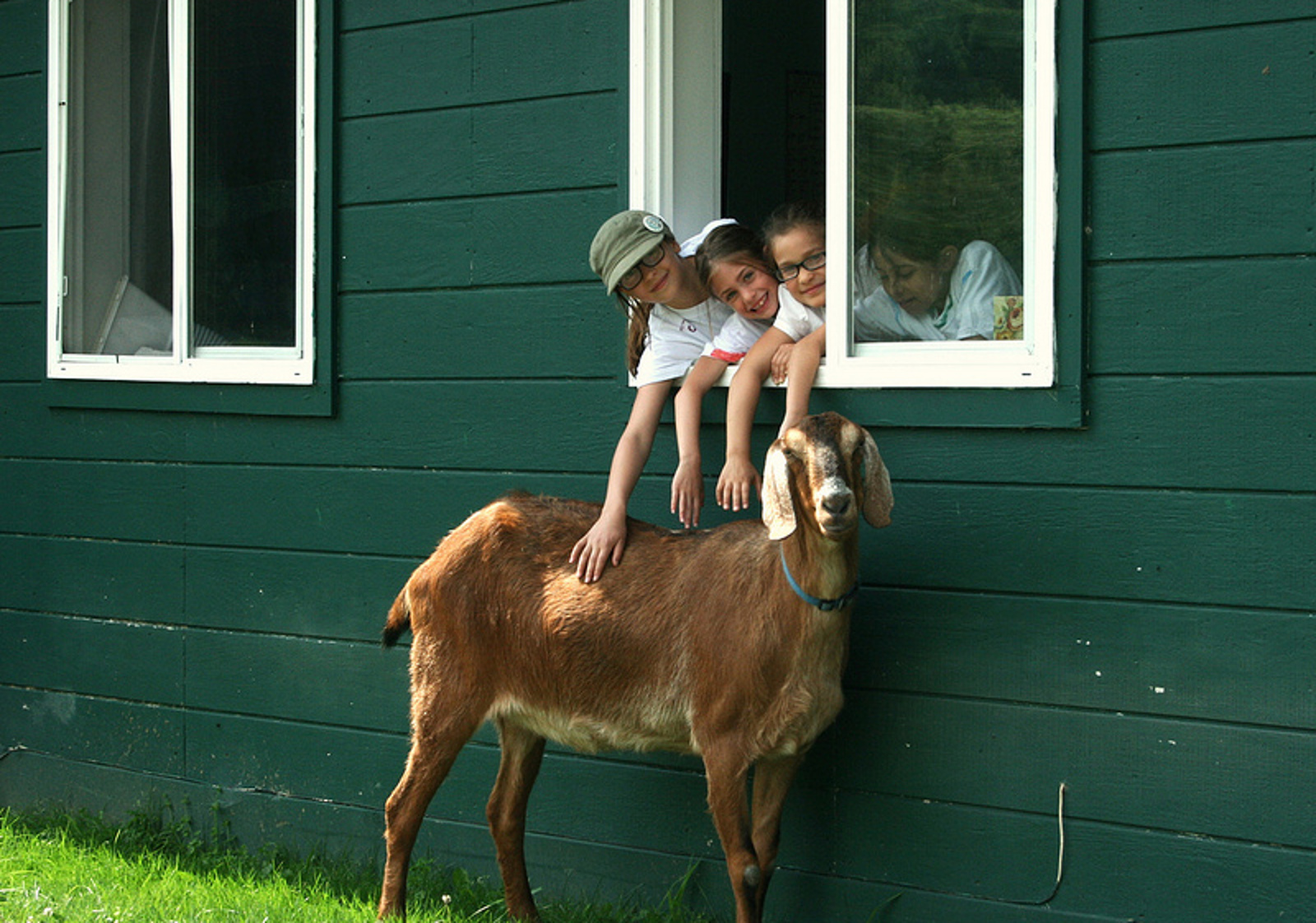 Making a choice to walk this Earth with compassion, awareness, and the confidence to make humane choices is not always an easy path. But at Camp Kindness, a day camp for 9-to-14 year olds run by Catskill Animal Sanctuary in New York’s Hudson Valley, 11-year-olds Gianna Stancarone and Ani Castillo are modeling that choice for children and adults alike.

Catskill Animal Sanctuary is one of the nation’s leading farmed animal rescue organizations. Since it began over a decade ago, it has saved of over 3,000 desperately needy animals. Once the animals heal both physically and psychologically, many go on to loving adoptive homes via a rigorous screening process. Others, the many “special needs” animals, become permanent residents. But the CAS mission doesn’t stop here. Rather, the non-profit believes that educating humans about the imperative of a rapid shift toward plant-based living will ultimately help exponentially more animals…and might just save the planet!

Making a Difference for all Beings

To that end, Camp Kindness kids experience farm animals in a way that not only opens their minds and hearts, but also empowers them to make a difference in the world. Camp Kindness offers a nurturing environment with experienced educators leading the campers through animal care, discussion, games, crafts, cooking demonstrations and sanctuary exploration. 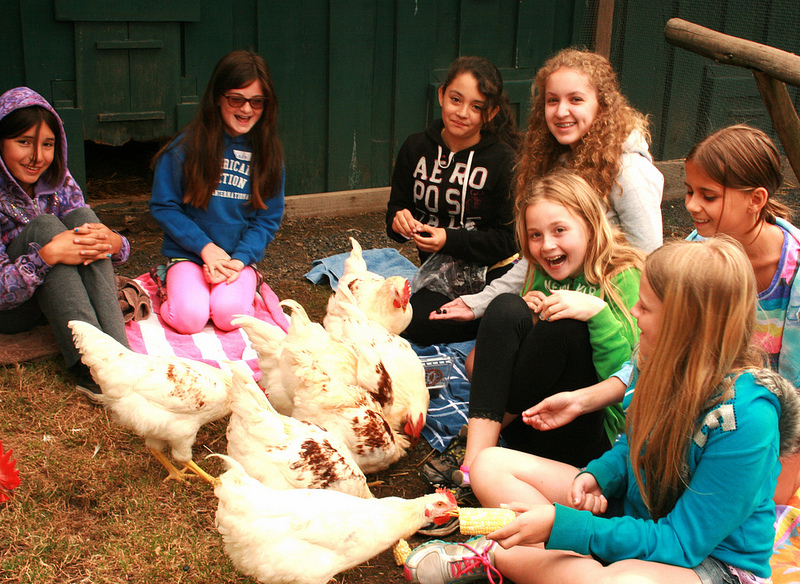 Kids attend the five-day camp sessions because they love animals, but leave with a profound understanding of the lives, behaviors and emotions of farm animals.  Campers discover much about themselves as well as they develop the skills to think critically about the world around them, the power of making healthy and compassionate choices, and the courage to lead and educate others…all while having fun!

Ani Castillo, for instance, not only studies violin and dance, attends many summer camps, raises money for CAS; but after many years attending Camp Kindness, she is also a vegan and an animal rights advocate who educates peers and adults about compassionate living, and lobbies her school for vegan food choices in the cafeteria!  Ani has attended Camp Kindness since it began, and though she’s had many camp experiences, Camp Kindness is her unequivocal favorite. 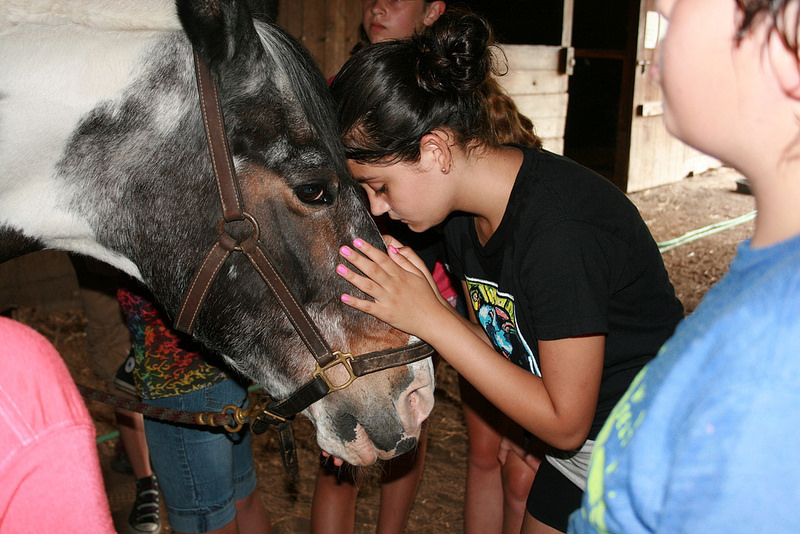 “I have so many human and animal friends there,” she says, “it helped me fall in love with every animal, learn how to cook vegan food, and share my love of animals with the younger children.”

Last summer Ani attended one session for her own age group, and another for younger kids in order to be a volunteer teaching assistant! 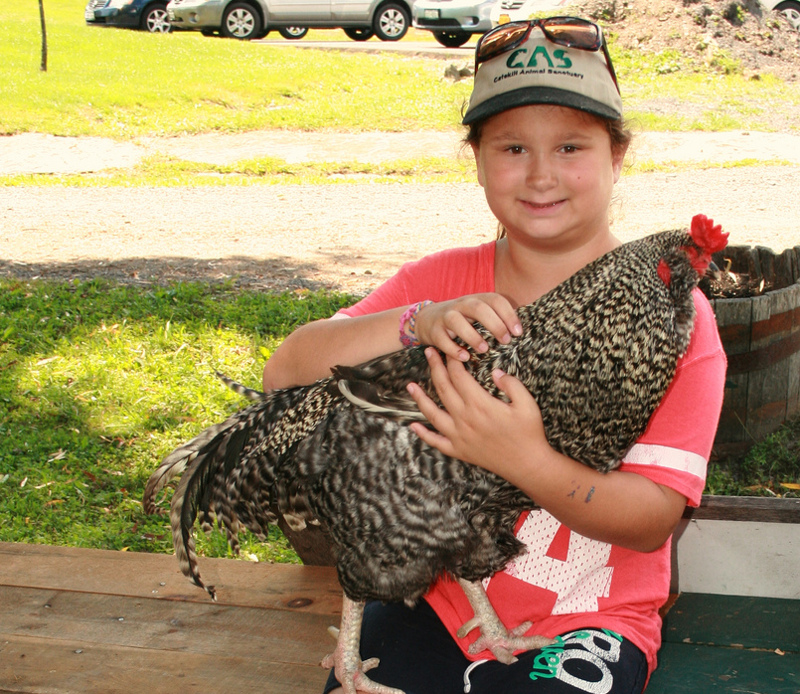 Gianna Stancarone is returning to Camp Kindness at Catskill Animal Sanctuary for the fifth summer in a row!

“One of the greatest parts of Camp,” Gianna explains, “is that you get to spend so much time with different species.”

She adds that her favorite days of the week are “Horse Day” and “Pig Day.” This year Gianna will return as a youth intern to help the other campers discover their connection to animals and the environment, their ability to make positive, healthy food choices and their power to create change.

Gianna believes that children learn “way more” at Camp Kindness than they do at other camps.

“Please tell the kids that it’s not AT ALL like school!! It is so much fun, but you get to learn a lot while you’re spending time with the animals,” Gianna says.

After her first camp session, Gianna announced that she was going vegetarian.  At the time, both her parents were omnivores, but that soon changed as Gianna helped open their eyes to the disturbing realities of our food system.

“I am very proud of Gianna and her passion for helping animals—it’s unwavering,” says her mom Joanne, who soon gave up all animal products due to her daughter’s influence.

Could there be a higher recommendation than that?! Children can change the world one friend, one family member, one school at a time…and sweeping change to heal the earth and stop animal suffering is desperately needed. For many it starts with a summer at Camp Kindness. 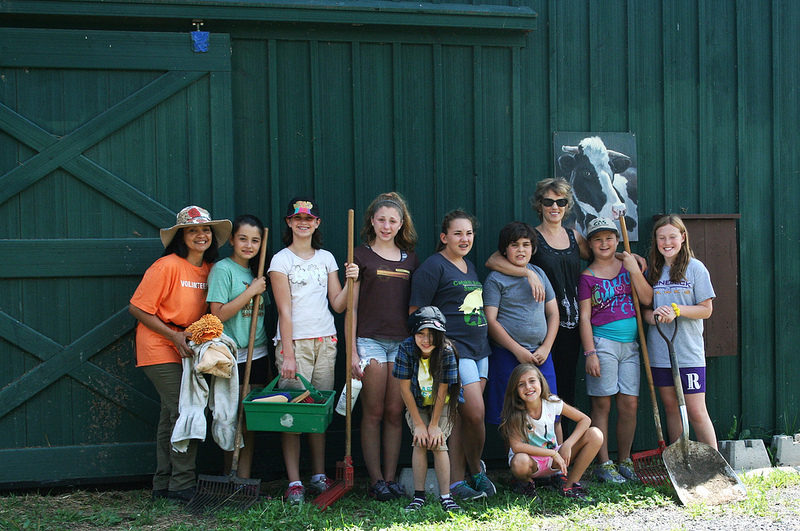 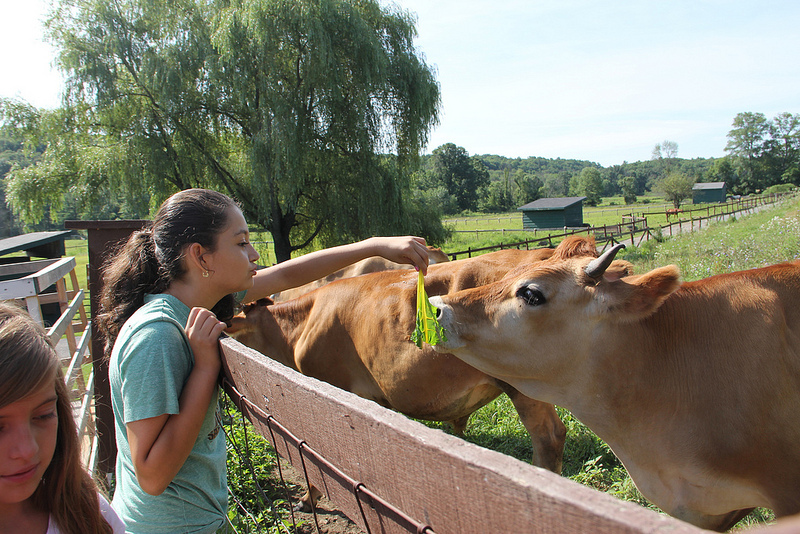 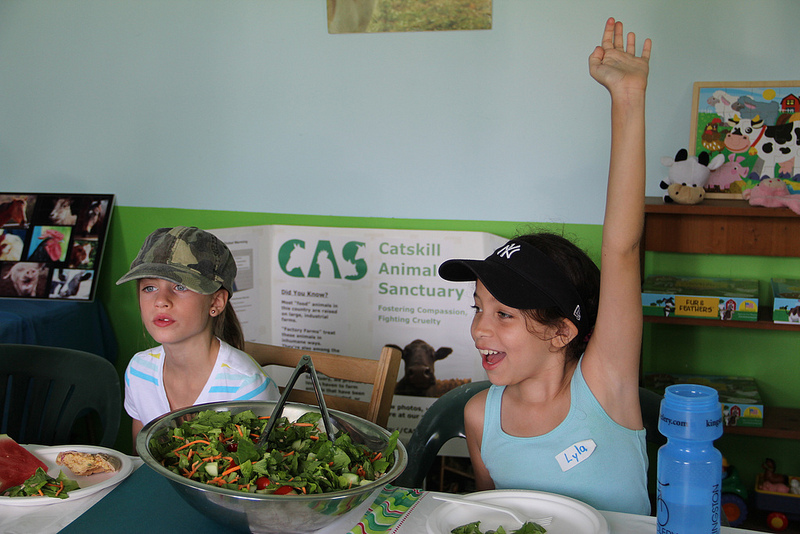 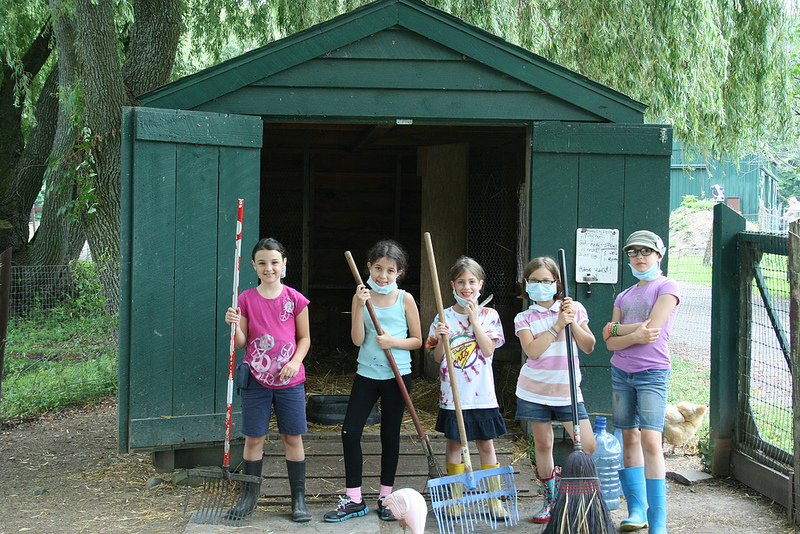 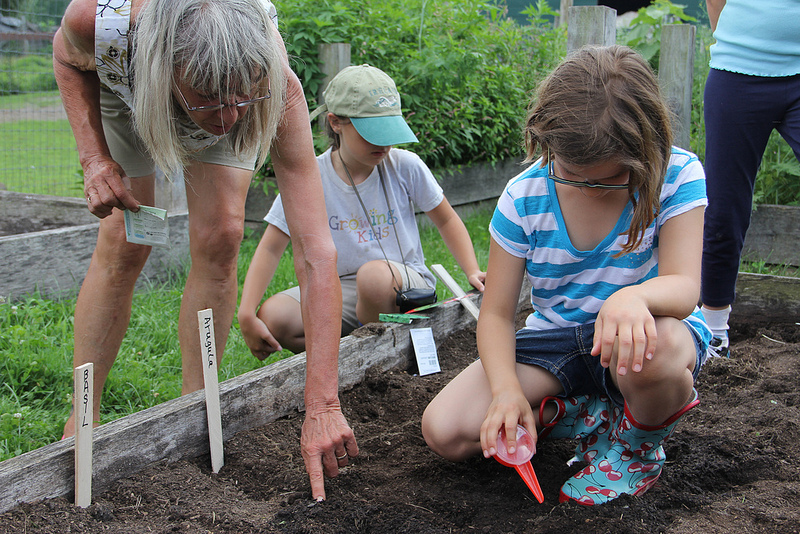 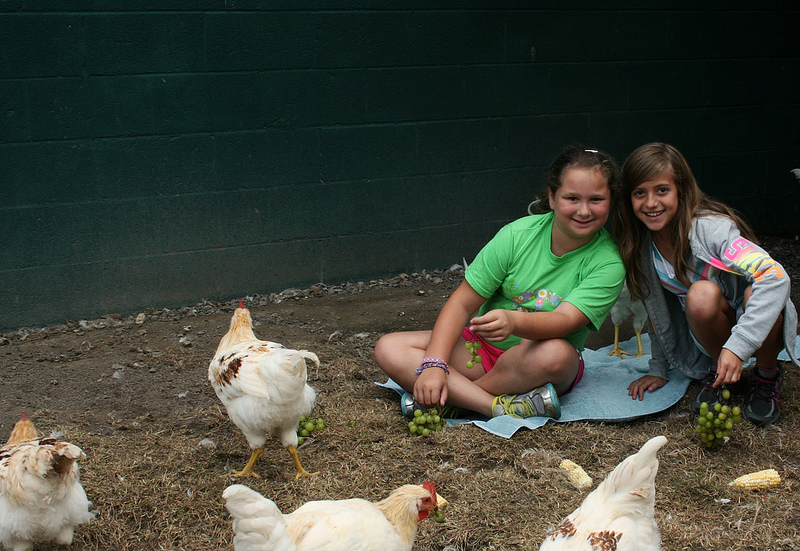 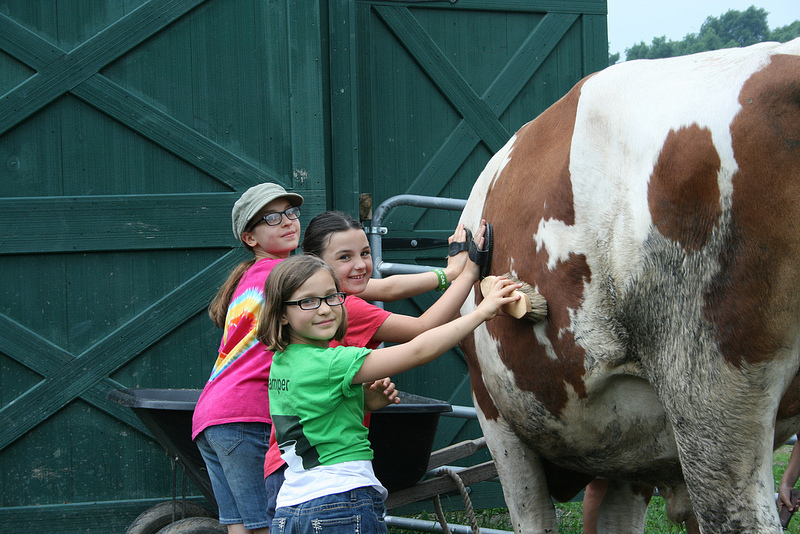 To learn more about Camp Kindness or to register your child for one of our week-long summer sessions, go here.

Catskill Animal Sanctuary is open to the public weekends from April – October. Ninety-minute tours begin at 11AM and run every half-hour. The last tour of the day starts at 2:30.  Learn more at casanctuary.org.