These Hard Rockin’ Metalheads are Softies When it Comes to Animals

We’ve seen them onstage, hair flying, as they produce music that rips through our ears with its speed and mercilessness. They are the purveyors of pounding rock, the manufacturers of metal and their music will leave you quaking in its relentless wake. Quite simply, these guys rock.

Of course, when you’re an axe grinding god there are certain stereotypes that come along with the territory. It seems only fair to assume that a guy ripping a brutal guitar solo over the punishing tempo of the drums would be, in effect, brutal himself. With some of the lyrics supporting this perception in metal, that stereotype can’t help but get a little reinforcement.

But, like any stereotype, it fails to hold true in many noteworthy examples. Guys with full sleeve tattoos who sing as though they can channel the voices of a hundred demons go home to their cats at night and settle in for a good cuddle. They participate in campaigns to further animal rights, and some of them even eat plant-based! Like metal Clark Kents, these musicians (though anything but mild mannered) bestow us with their modal mayhem during the day only to help animals by night…or whenever actually.

If metal has royalty, Geezer Butler is the king. Lyricist and bassist for Black Sabbath, Butler has been vegetarian since childhood after making the connection that meat was animals. He’s spoken out against puppy mills and pet overpopulation and went completely plant-based in his adult years. He told PETA2, “A lot of people that come over to the house, like, for dinner and stuff will be eating what my wife will serve and they won’t even realize that it’s not meat until they’re halfway through the dinner and they can’t believe how good it is once they’ve tried it.” 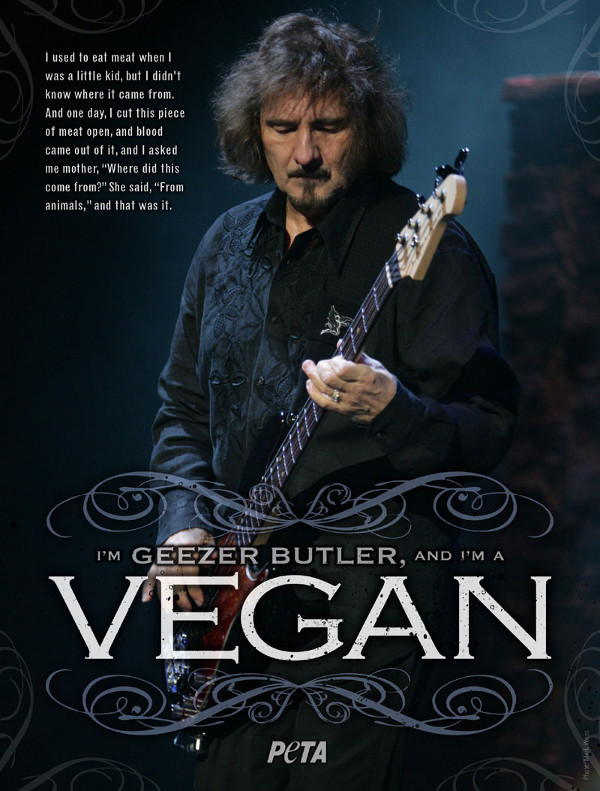 Megadeth, the band founded and fronted by Mustaine, won the Humane Society’s Genesis Award for the title track to their Countdown to Extinction album for raising awareness for animal rights issues. Mustaine also rescued Rocky, a mini horse he found dirty and abandoned in a parking lot. He even decked another rocker, Metallica’s James Hetfield, when the mighty Met’s lead singer kicked Mustaine’s dog. We’re sure he decided never to make Mustaine “Angry Again.” 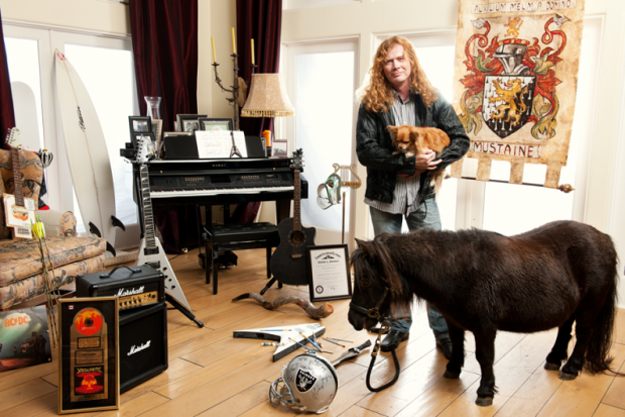 The drummer for Lamb of God is a steadfast vegetarian, along with bassist John Campbell, but his change was more incremental. Adler learned of what happens to animals on factory farms, which caused him to stop eating red meat. He gave up all meat after realizing that chickens suffer just as much when bred for food production and has participated in campaigns for PETA2 to share the message. 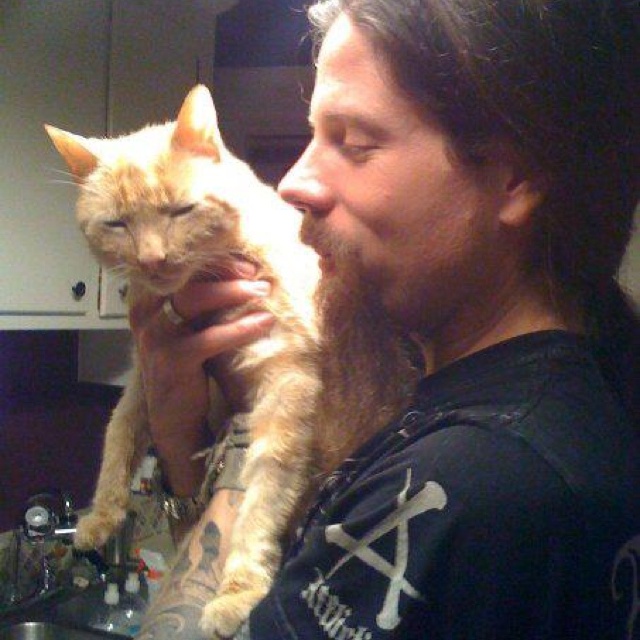 The front man for Pantera and Down currently lives on farm land in Louisiana that he shares with his dogs Shirley and Jack as well as his chicken Hazel and a pig named Lucy. “I love beasts,” he says. “I like animals. They’re true.”

Atriarch and DJ Blackhawk posed with his cat Fred for the book Metal Cats, a compilation of rockers and their feline friends. Sales of the book, along with a series of concerts, went toward no-kill shelters in the states where the concerts were held. Seriously, is Fred not the most metal cat ever? 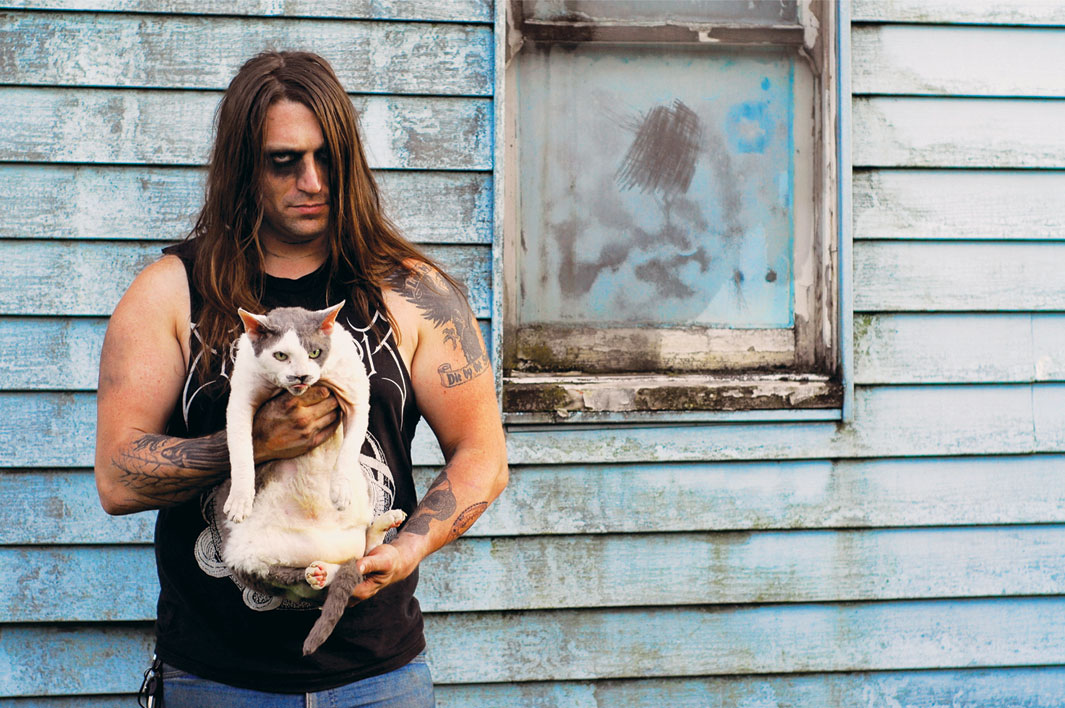 DevilDriver’s front man is a huge proponent of adopting instead of shopping, participating in a PETA2 campaign where he said that his wife once went to adopt a cat from a shelter and wound up bringing home three! He also shares his home with his dogs Lord Bacchus and  Sly. In fact, he credits Lord Bacchus for saving his family’s life after the pooch alerted them by barking to a truck that they narrowly avoided colliding with in traffic. Saying of the incident, “I treated him with respect and love and he saved my family. It goes to show you that our pets and the animals on this earth are more cognizant than you think and those we treat well will surely look after you.” 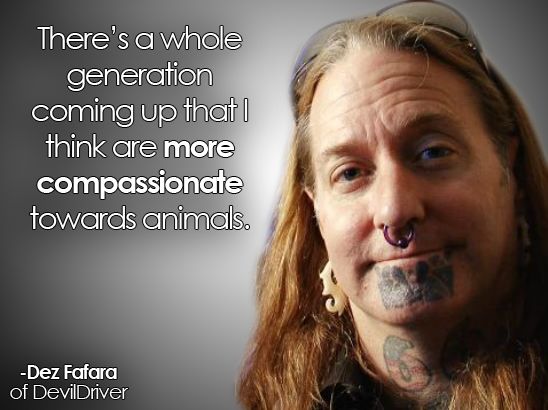 Founder of The Dillinger Escape Plan, Weiman was so inspired by his dog Blix that he had a clothing line for awhile named Gamutt. Boasting logos that said things like, “Black Labbath” and “Petallica: Master of Puppies,” the line consisted of rock t-shirts and sweatshirts for canines, just like his own best buddy. “Blix has been an inspiration more in the way that I just love spending time with him. I love dogs. They are just so cool.” 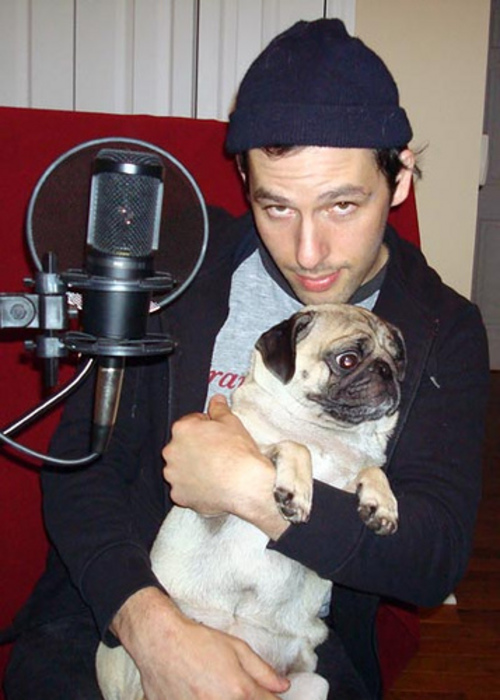 Napalm Death’s frontman is outspoken about animal rights, especially when it comes to things like animal testing and factory farming. “Factory farms are just brutal,” He said in an interview with Blabbermouth, “the animals that are born there don’t have a “diminished” quality of life, they don’t have any quality of life.” Greenway, a long time vegetarian, puts lots of animal rights messages into his lyrics as well in songs like “Food Chains” and “Display to Me.” 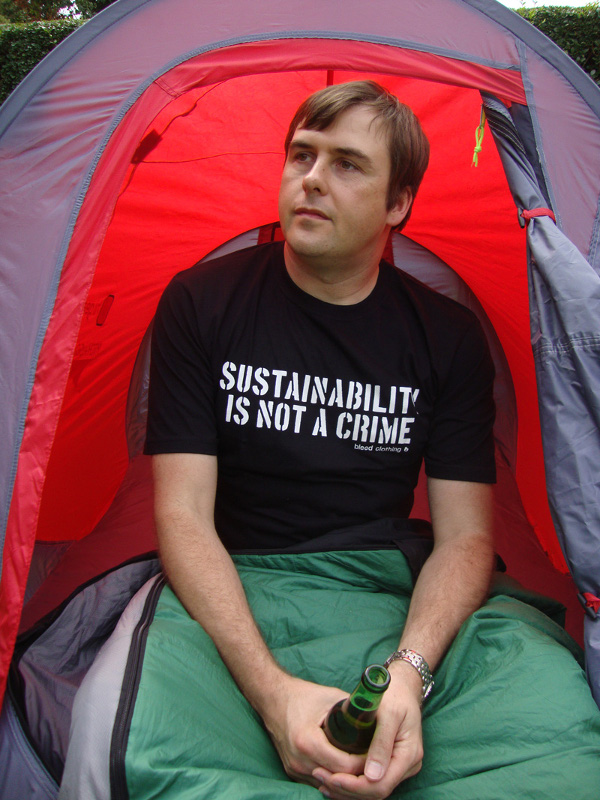 Did we miss anyone? Let us know who your favorite heavy metal animal softie is in the comments!