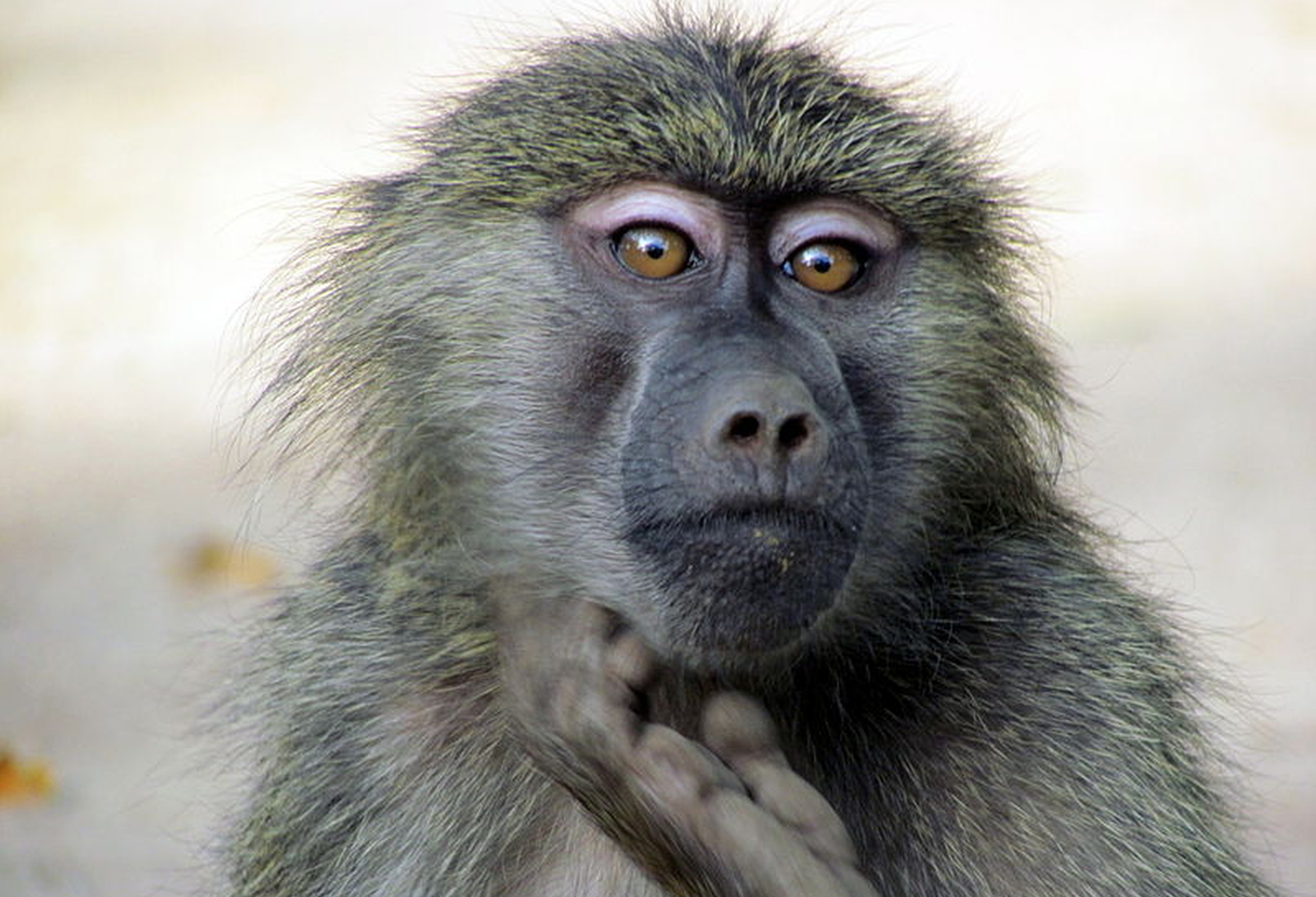 We were extremely pleased last month when Dr. Jane Goodall and field biologist and conservationist Ian Redmond joined the BUAV to speak out about the sad plight of wild baboons trapped on the plains of Africa to be used for research. A BUAV investigation, carried out at the Institute of Primate Research (IPR) in Kenya in 2013, revealed the horrifying treatment of these wild animals and the bleak and barren environment many were forced to endure.

These conditions seriously compromised their welfare and breached international guidelines prompting activists from around the world to speak up for their plight.

In Defense of Baboons

Baboons are highly social and inquisitive animals, living in groups of up to 150 individuals and communicating with up to 30 distinct vocalizations. When torn away from their family groups and caged in captivity, they are left to suffer an unimaginably cruel life, often one of solitude and deprivation.

Our investigator documented disturbed baboons circling inside small, cramped metal cages; some had been imprisoned there for years. They also filmed heart-breaking scenes of terrified babies clinging on to their mothers – the only safety they know in the world – while they were sedated in order to be tattooed for identification. The animals were seen simply as a number, a disposable commodity for research. 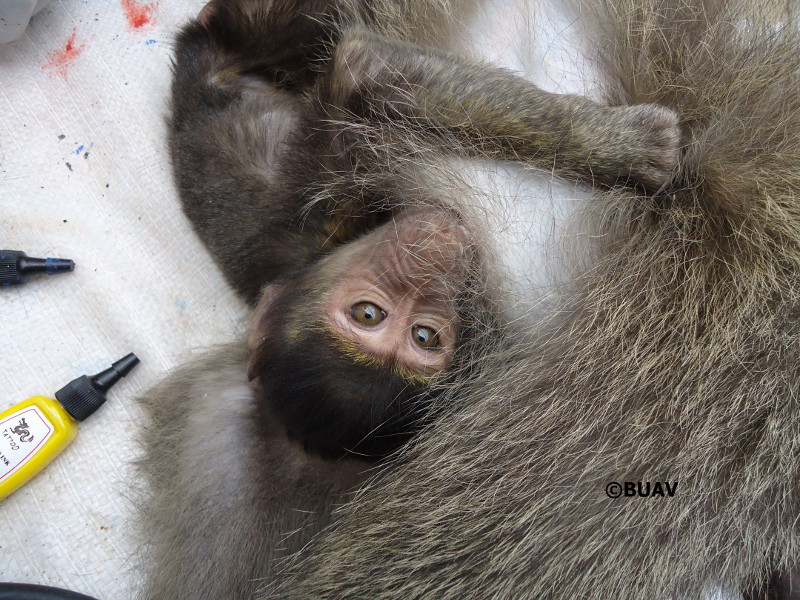 Dr Jane Goodall told me that she had watched our investigation video and was “shocked and deeply distressed to see these intelligent primates – we have been studying them at Gombe National Park since 1966 – being kept in the conditions depicted in your film.” She continued, “These cages are very far removed from the conditions dictated by today’s animal welfare guidelines. In most countries these conditions would not be tolerated and those responsible would be forced to clean up their act.“

From Wild to Wire Cage

It is a desperately sad to contemplate the suffering of the animals in the IPR facility, some who had been there for up to 20 years and who, in the wild, could have been living in large troops and traveling up to seven miles per day.

Imprisoned in a cage and alone, many of these once free animals spend their lives looking through wire bars, devoid of social contact and opportunity to express natural behaviors. Instead they are destined for use in research, some of which was highly invasive, inflicted immense suffering and resulted in the death of the baboons. Legislation in Kenya relating to animal experiments is outdated and hopelessly inadequate. 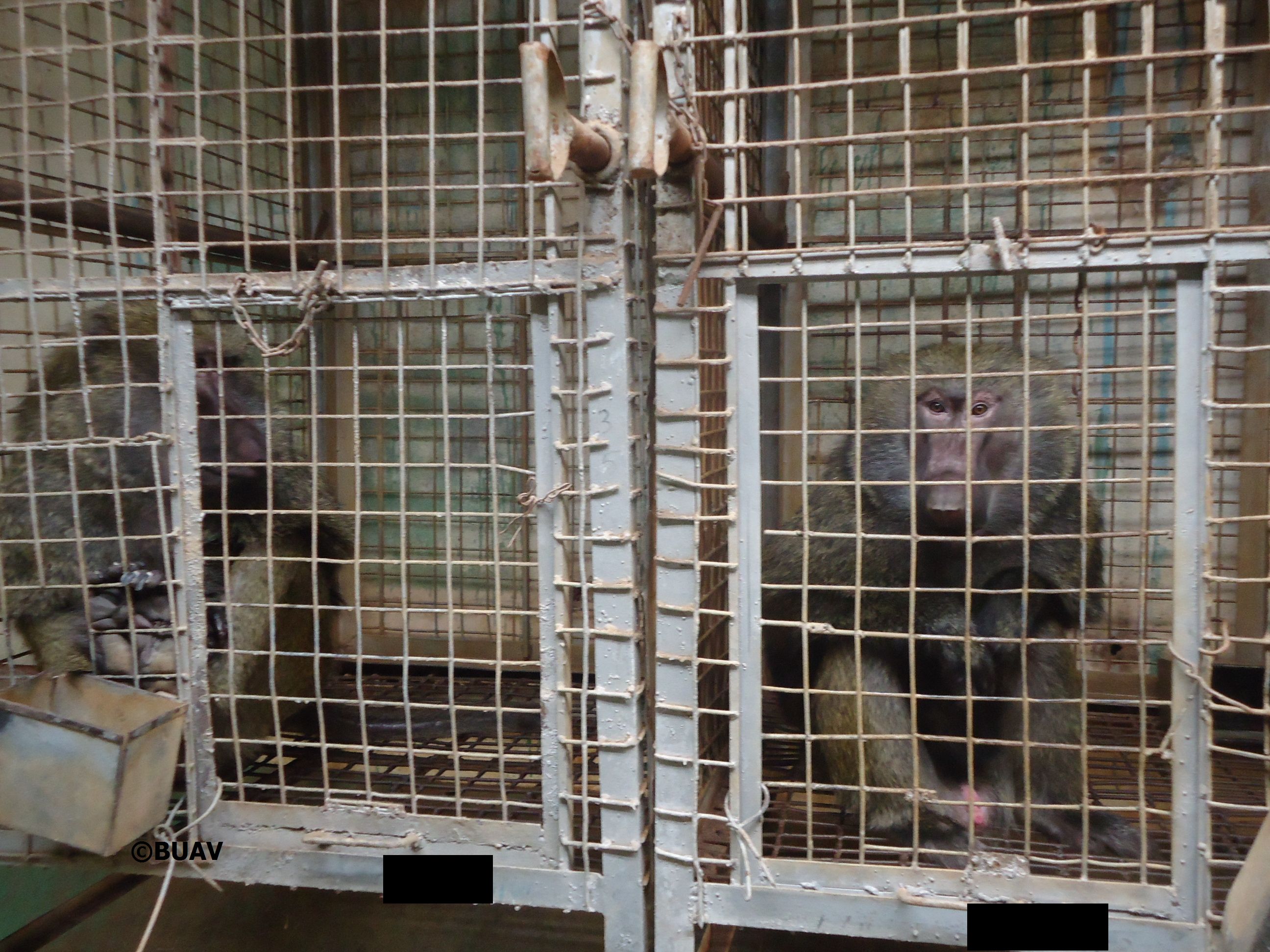 After witnessing the conditions exposed in our film, Ian Redmond told me, “wildlife tourism is one of the mainstays of the Kenyan economy, and many Kenyans dedicate their life to protecting wild animals.” Additionally he explained, “They – and the millions of tourists with happy memories of watching the fascinating behavior of baboon family life – will be shocked to hear that these intelligent social animals are being abused in a biomedical laboratory in Kenya. Baboons and other primates have a role to play in Africa’s ecosystems (which benefit us all) and have no place in out-dated research methods like this in the 21st century.”

The capture of wild primates is internationally recognized by a number of official bodies as a trade that inflicts great suffering on animals who are taken from their natural habitat. 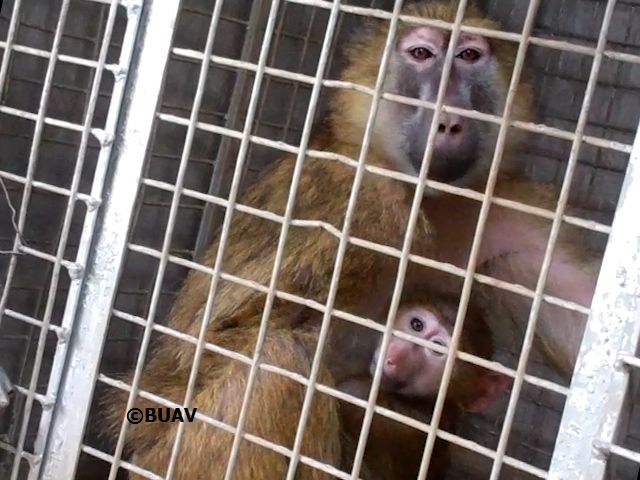 In 1995, the U.K. government banned the use of wild-caught primates in research and its own advisory committee stated: “trapping wild primates can cause significant distress, suffering and physical injury.”

Yet, despite international concern over the use of wild-caught primates in experiments and the outdated and inadequate animal welfare legislation in Kenya, researchers travelled from the U.K., U.S.A. and Belgium to carry out experiments on wild baboons at the Institute of Primate Research.

In the wild, baboons often travel six or seven miles a day. At the Institute of Primate Research, some individuals were kept in cages that measured only 60cm x 60cm x 68cm.

Please Help Us Stop This Cruelty

For over 20 years, the BUAV has been exposing the horrors of the international primate trade for research and we need your help to stop this senseless suffering.

Take action today by signing our petition to the President of Kenya and asking that he stop the use of wild caught baboons for research in the country.