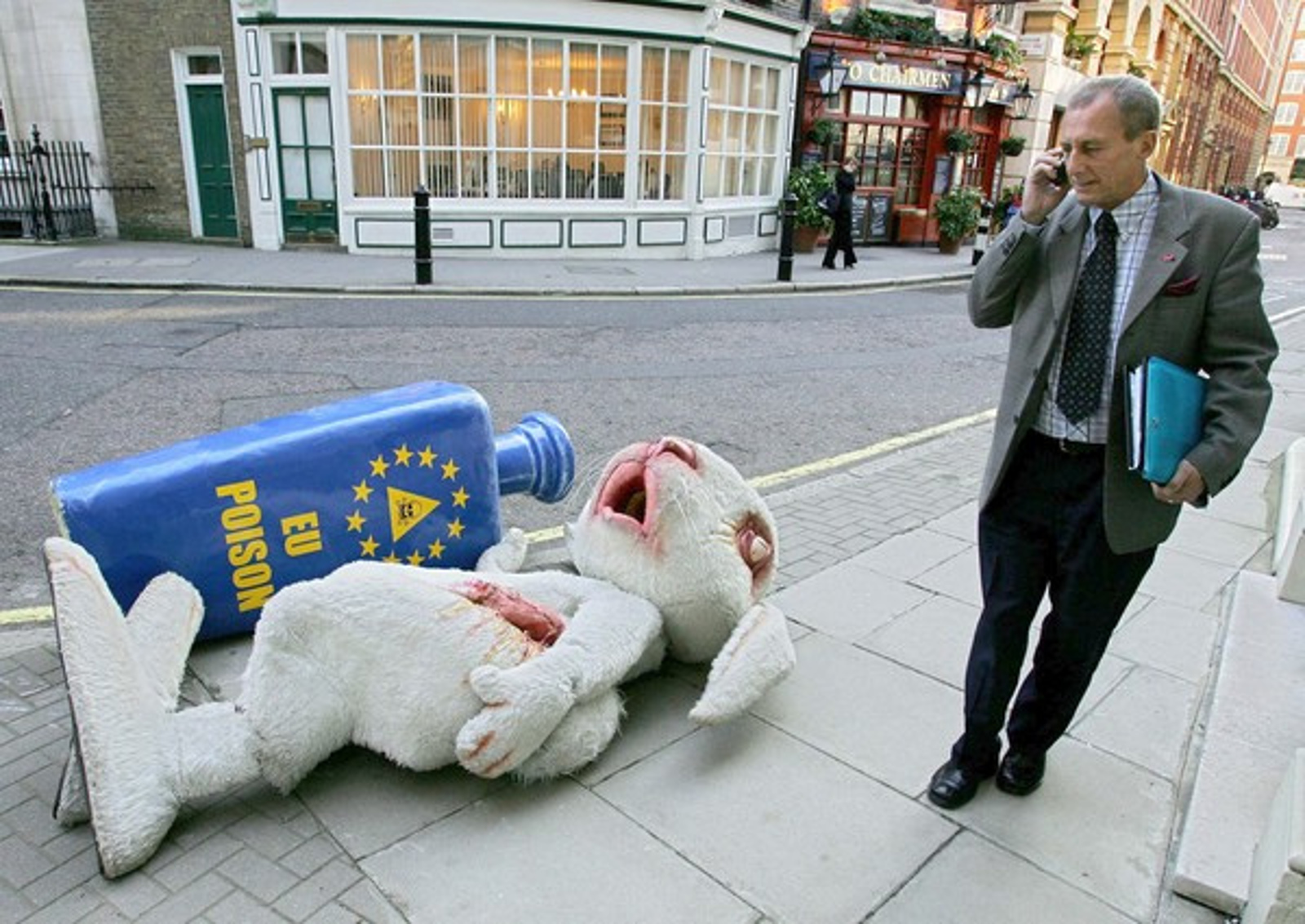 It is estimated that in 2001, upwards of 80 million mice and rats were used for animal testing in the United States alone. That doesn’t even touch the use of primates, birds, fish, frogs, and invertebrates. We can only imagine that the number has grown with all of the innovation taking place in the past 20 years. Innovations that, according to the following organizations, should replace animal testing altogether. Isn’t it time to stop the animal testing? Have we yet to progress to a point where we can limit or ban the use of animals in experiments? Are we aware of how it hurts humans as well?

These five organizations are working hard to end animal testing and provide science with alternatives to cruelty, all the while offering promising solutions and supplying information to consumers about where their products come from and at what cost.

Check out these organizations and the links to their respective pages. Support them if you’re interested in backing these organizations to help stop the unnecessary testing on animals and, instead, support in vitro (Latin: in glass) or test tube experimentation.

The European Coalition to End Animal Experiments (ECEAE) are working hard to help eliminate all animal testing within the European Union. They have been the voice for these helpless animals for nearly 25 years. In that time, they’ve ended animal testing for cosmetics in the EU and have delivered globally recognized cruelty-free standards for cosmetics, the Humane Cosmetics Standard. Here are some things you can do to support the ECEAE in their fight to stop animal testing.

PETA’s page about fighting against regulatory testing on animals is filled with information about animal testing and the resources they are using to fight it. It highlights their accomplishments including donating more than one million dollars to find non-animal testing methods. They received an award from the Institiute for In Vitro Sciences. They have proposed many different solutions for the United States to shift away from the use of animals in testing products for toxicity. You can help support PETA here in various ways and help to bring about change.

3. Coalition for Consumer Information on Cosmetics

The Coalition for Consumer Information on Cosmetics has a Leaping Bunny program to let consumers know what products are and are not cruelty-free. The webpage is located here and can be used to find which products are cruelty-free either online or on your phone or device by their handy app. This means when you’re wandering through the store, you can shop with confidence and do a quick check right in the middle of Target to compare which brands are, in fact, cruelty-free. The CCIC has recently urged the U.S. Congress to pass the Humane Cosmetics Act (H.R. 4148). You can find many ways to join in the fight and take action with the ideas posted on their page here.

The Physicians Committee for Responsible Medicine (PCRM) is a non-profit based out of Washington D.C. that promotes a vegan diet, preventative medicine, and alternatives to animal research. It was founded in 1985 by Neal D. Barnard and has had support from PETA to further their cause. Most recently, doctors involved have offered a $25,000 grant to end the use of live pigs at the University of Mississippi Medical Center for their physiology course. To get involved, click here and see how you can support.

5. Center for Alternatives to Animal Testing

Johns Hopkins University Center for Alternatives to Animal Testing (CAAT), established in 1981, is also highly involved in the replacement of animals with in vitro methods in the medical field. They regularly bring together industrial and academic scientists, animal welfare organizations, and the government regulatory community to discuss the issue of animal testing and its possible alternatives. They have also been invited to participate in every U.S. government related activity dealing with alternatives, including the FDA’s Sub-Committee on Toxicology. They are working hard to move us further away from the use of animals in medical and laboratory experiments. Take a moment to check them out and support.