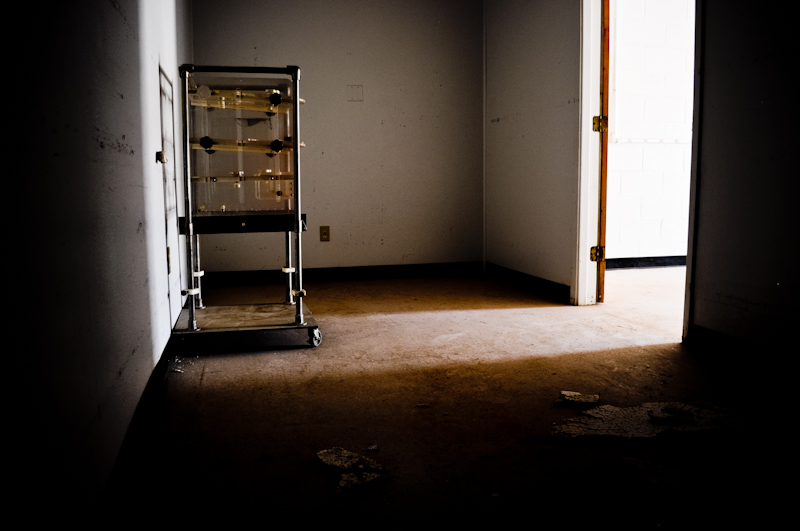 When I was growing up, one of the most formative experiences of my life was when I worked in a factory that made checkouts. By “checkouts,” I mean those big contraptions that you bring your groceries, with a conveyor belt, scanner, computer system, and all of that stuff. If you went to any new grocery store in Southern Ontario around 1999-2000, chances are I had a hand in assembling the checkout.

What was amazing about the experience was that it shook me out of a certain level of consumerist slumber that I had been in since I was a child. It was remarkable and formative because it was a direct hands on experience that not only does every industry have a hidden process that people don’t see — like the toy in the Happy Meal that comes from a massive factory somewhere in China, but that there are also industries behind the industries that produce the things that they need to function. Even in the factory, we used tools that we didn’t make. Where did the air-powered paint machines come from? What about the buffers for rounding off the raw sheet metal’s jagged edges?

The animal testing industries (the contract companies, the academic institutions, and the government / military branches) are no different. As I work on my current project (a feature length film about the psychological impacts of the vivisection industry on people and animals, entitled Maximum Tolerated Dose), I am discovering the industries behind the industry, like different color layers of a photograph, slowly coming into sharper and sharper focus.

Engage for a moment in this exercise: Imagine yourself in an empty room, and you are a scientist, or perhaps a principal investigator. You have a study you want to carry out, or you’ve been contracted by a company to do testing of a certain household product, pharmaceutical, or cosmetic. You’ve got an empty building that will be your lab. What do you do?

Before you can begin any of the product tests / trials, or the “life-saving” research, you will need equipment, animals, and maybe some employees. First comes the equipment. There are many companies that provide the hardware for the execution of animal experiments. They range from the well-known — like the ubiquitous and beloved Nalgene, who even though they published a statement about their animal testing stance relating to some of their products, have made those specific products unavailable for online view — to the appropriately obscure and specialized, like the Florida-based Primate Products, Inc. Whether operating in relative secrecy or operating out in the open, these companies supply the necessary hardware to house and carry out experiments with animals.

Once you have the equipment you need to carry out your product testing or research and you’ve furnished your lab, you need your research subjects. Unless you want to operate your own breeding facility, or unless you are a university / publicly funded institution that has the luxury of pound seizures, you will need to get these animals from a third party supplier. Once again, there are many options both online and off, and many suppliers offer full online catalogs. These suppliers offer a wide range of non-human animals for use (including species ranging from alligators to yucatan mini pigs) that are bred at their facilities or wild-caught and then bred. If you require subjects with specific surgical modifications before they arrive, you can get those too. If you have the money, you can fill your lab with the best “stocks and strains” of subjects.

Once you have your equipment and your animals, you need your research protocols and you’re set. What if, however, upon doing this exercise you decide that operating your own lab is simply too much trouble and it would just be easier to find another lab to do the work for you? Well, you will be in “good” company, because except for big corporations such as Procter & Gamble, most of the companies that produce cosmetics and household goods that are tested on animals don’t have the budgets to operate their own testing facilities, and so they contract out to companies such as Huntingdon Life Sciences, or ChemDiv. For about $10,000, you can even contract out Maximum Tolerated Dose testing for whatever chemical or compound you desire.

But wait a minute.

You’re not a scientist, a principal investigator, or even a lab technician, so why is this kind of information important? Unlike issues such as the exploitation of animals for food or entertainment, the scientific exploitation of animals is particularly hidden from view, and shrouded in secrecy. Researchers can often brush off criticism from laypeople because we supposedly don’t understand the complexity of what they’re doing in the supposedly pure endeavor of scientific advancement. The more that we know about animal experimentation, including the industrial complex that maintains and supports it, the more weight is brought to the debate, and the less readily real concerns for the precious lives of sentient individuals can be dismissed.

What is so disturbing about the industries behind the industry is not simply that they exist — of course, nothing comes from thin air, and when you’re talking about a sector that uses tens of millions of animals a year in the US alone (estimates vary from 40-90 million in the US), there needs to be an apparatus that produces these beings (and the tools of their exploitation just for that reason). The most disturbing thing, perhaps, is that these companies continue to operate thanks to discretion and confidentiality from (and for) their clients and a general lack of knowledge from the public at large. Action such as those of SHAC, and the BUAV’s recent Primate Cargo Cruelty campaign have (using different tactics) drawn more attention to the support companies that make vivisection possible. As public knowledge of the truth of vivisection increases, such campaigns will surely become more ubiquitous, and such companies will have more than just an ethical problem on their hands. Their very existence as profit-making enterprises will hang in the balance.