Michelle Thew, British Union for the Abolition of Vivisection 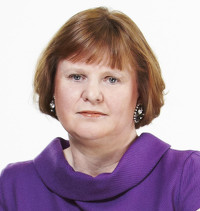 Michelle Thew is Chief Executive of the British Union for the Abolition of Vivisection (the BUAV). Michelle is one of the most respected and accomplished individuals in the animal protection movement. For more than 15 years Michelle has led and directed sophisticated lobbying and public awareness programs across the globe, including the pioneering campaign to end cosmetics testing on animals in the UK, Europe, and beyond. Michelle continues to work closely with national and international governmental, industry and regulatory bodies, as well as members of the UK and European Parliaments, to ensure that the protection of animals used in laboratories remains high on national and international political and policy agendas. The BUAV is a widely respected international authority on animal testing issues and is frequently called upon by governments, media, corporations and official bodies for its advice and expert opinion. The BUAV has been campaigning for over 100 years for a world where nobody wants or believes we need to experiment on animals.