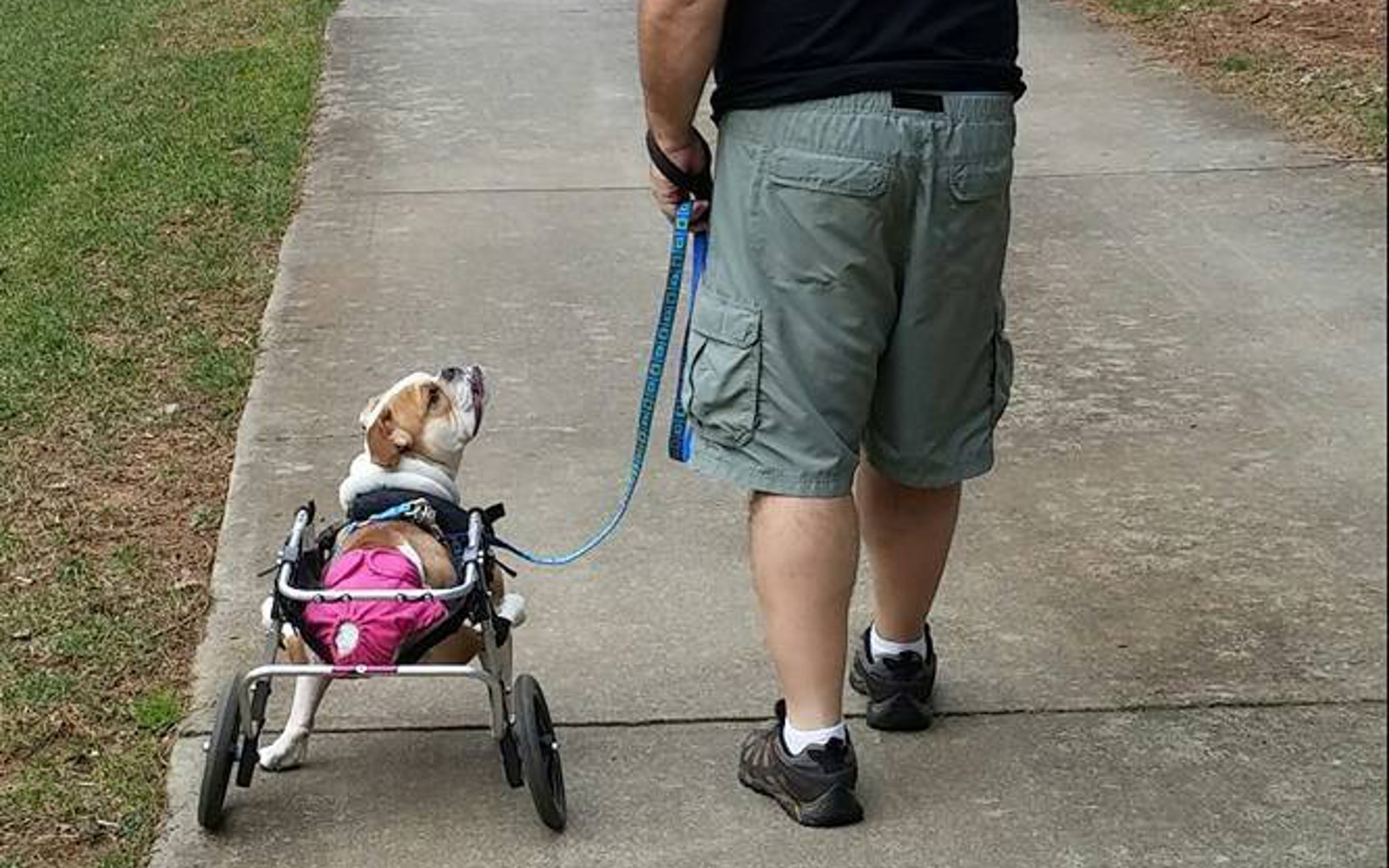 Imagine having a store full of toys. They’ve all been lightly used, but otherwise are in pristine condition and would surely bring joy to whoever decided to bring them home. Now imagine that instead of buying these perfectly good items, people only went to Toys R’ Us because of their bright displays and constant turnover of new product. Imagine that since these toys are “used” nobody wanted them and they just sat around in the store collecting dust until one day they had to be thrown out. Doesn’t that seem wasteful and frankly, dumb? Well, in essence, this is exactly what is happening at animal shelters when people become convinced that they need a “brand new dog” from a puppy mill.

Glass-windowed displays of pet shops lure customers in and the healthy, “problem-free” dogs keep them there. However, similarly to cheap toy production, there are many hidden costs to the industry. Just as sweatshop workers across the globe make many of the toys available to us, the puppies on display at the pet shop didn’t just fall out of the sky and arrive there. Not at all. The reality is that breeding dogs in commercial facilities spend their entire lives locked in tiny, wire cages, with no love or affection, just so they can churn out commercially viable babies for pet stores.

All while this is happening, there are millions of homeless animals at shelters around the nation, waiting for someone to give them a chance. Many of these dogs have endured traumatic experiences, are injured, or are older than your usual pet-shop-pup, but they are all capable of demonstrating the same love and affection a puppy mill dog would, if not more.

Take the story of Pickles, the Bulldog, for example. As detailed in a Facebook post on National Mill Dog Rescue‘s (NMDR) page, Pickles was adopted a little over a year ago and despite the fact that Pickles utilizes a wheelchair to get around, her family couldn’t be happier with their decision to rescue! 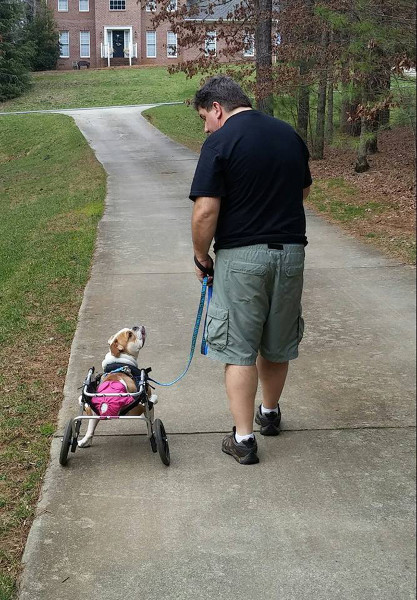 While the little pup arguably has every reason to be cynical, she isn’t! Instead, her family shares that despite all of the adversity she has faced, the rambunctious Bulldog is playful, sweet, and extremely affectionate. How admirable!

“We have learned the most from Pickles – she lives life for the moment and lets nothing stand in her way,”  said her caretaker. “She brings joy wherever she goes, and we are so thankful to NMDR for rescuing her and allowing us to adopt her.”

Pickles and her family are proof that adoption should not be treated like a toy shopping experience. Dogs are not objects, they are sentient beings that desire and deserve unconditional love and affection like any other animal, flaws and all. Let Pickles serve as an ambassador for all of the homeless, rescued, and disabled dogs out there looking for homes. Share her story to enlighten others of the beautiful companions these animals can make!