Once Used for Surgical Practice, This Inspirational Rescued Pig Proves Nothing Can Break Her Spirit 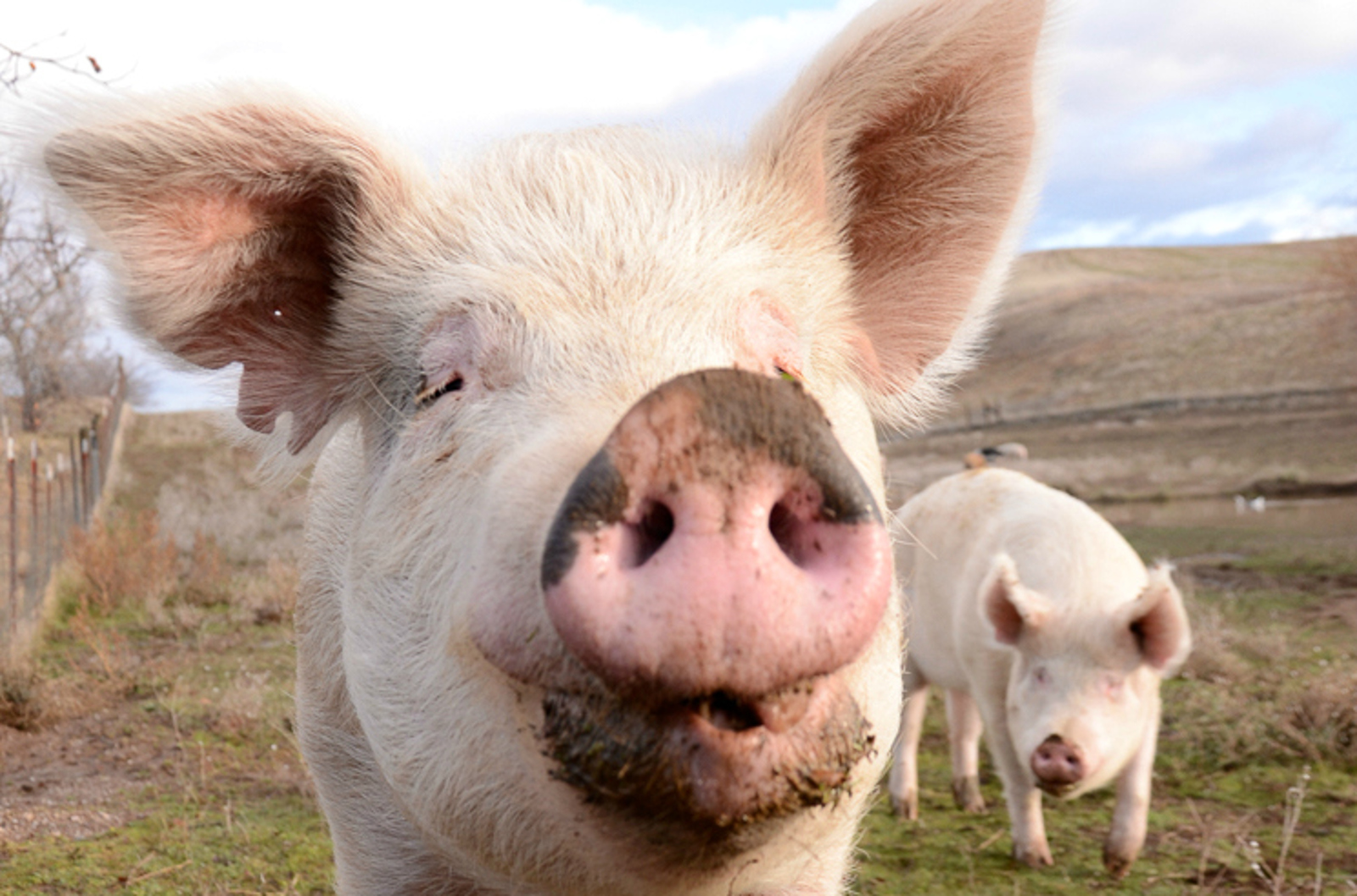 Early one warm May morning in 2006, six piglets enthusiastically greeted their first sunrise at Farm Sanctuary, embracing the day with a reckless joy that has followed every sunrise since. They’d been purchased by a university, each from a different litter, and all between two and four months of age. At the university, Stacey and her friends were used as “teaching tools” to be operated on by students in “practice surgeries.” They all underwent hernia operations, and all bore fresh surgical wounds on their abdomens as proof. After they’d served their purpose to the university, the plan was for them to go to auction, and eventually, slaughter. But the actions of one student changed the course of their lives and led them instead to safety. This student spoke up when it was time to send them to auction, asking that their lives be spared. Thanks to her action, Stacey and her friends were saved. The piglets’ destination at our Northern California Shelter was a far cry from anything they’d experienced so far. At Farm Sanctuary, they found themselves surrounded by green grass, clean straw to burrow in, freshwater, delicious food, and all the love and attention they could ever want from the caregivers. No wonder they met their first dawn at the sanctuary with such joy!

From a Number to a Name

Stacey and her friends embraced Farm Sanctuary life, and their days were filled with mud puddles, belly rubs, and large pastures to explore.

More than ten years later, Stacey continues to love every moment at the sanctuary. She will always bear a scar from her earlier life, but if she thinks at all of her distant past, she doesn’t let on. She is one of the sweetest pigs on the farm, and always up for a belly or bottom rub. She loudly greets staff members each morning, vocalizing her content (and her eagerness to be fed). 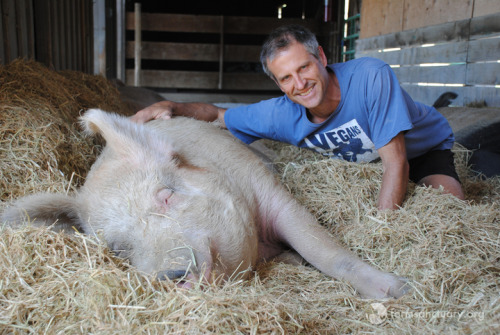 Over the years, Stacey established herself as the matriarch of the pigs — or as we like to call her, the barn mom. She is the first one to put others in their place if they step out of line, but also the first one to snuggle up to the other pigs. She seems to especially enjoy being close to new arrivals — often taking them under her wing and giving them guidance and extra love. 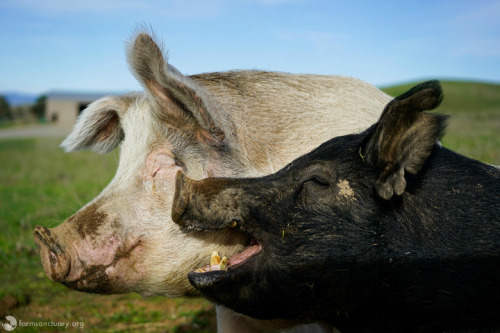 She is never far from Reggie or Lola — often snuggling with them during nap times or rooting around in the pastures with them. It is clear that Reggie and Lola feel safe and protected when Stacey is around. During health checks, Reggie will often try to avoid being looked at by wedging himself between Stacey and the barn wall. He never goes to any other pig to try to dodge his health check — only Stacey.

Stacey is a Mother Figure to Young Lola, and They are Rarely Apart 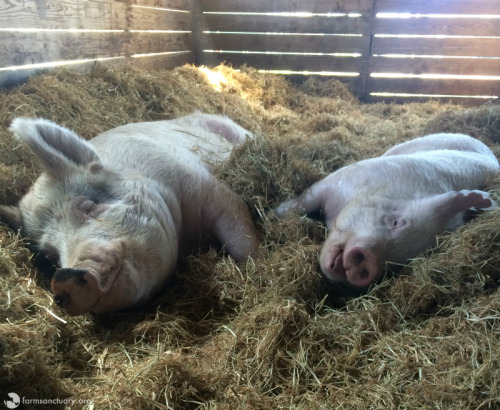 Stacey has also become a mother figure to newer arrival Lola. These girls are almost always close to each other, and when it comes to nap time they hardly ever sleep apart. Even when it is too hot out for close snuggling, often they will sleep close enough to one another that they will have a hoof or two touching. 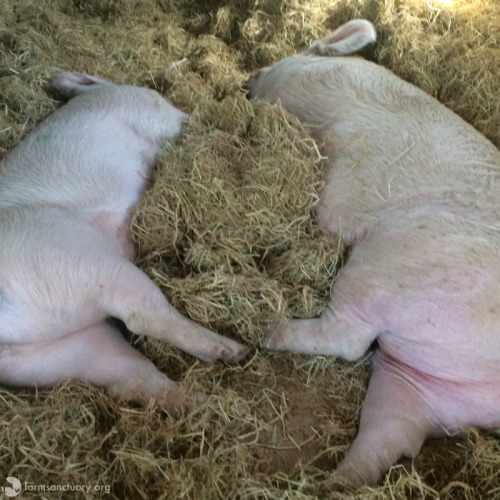 Knowing what Stacey went through as a piglet gives us extra motivation to do everything we can to make each day amazing for her. One of her favorite parts of the day — especially during the summertime — is rolling around in one of the wallows we have made for the pigs. She has so much fun covering herself in the mud (which also helps to cool her off). Pigs are not able to sweat, so in the hot summers at our Northern California Shelter, they will often roll in the mud, then head into our cooled barns to beat the heat.

We’re thankful every day that Stacey’s path led her not to slaughter, but to Farm Sanctuary, where she’s been able to embrace her role as barn mom and is seen for the very special individual she is.

Did you know that pigs like Stacey recognize their names and will come when you call them? Learn more in our 14 fast pig facts! Like Stacey, every farm animal is someone, not something. With your support, we can continue to promote compassionate vegan living through rescue, education, and advocacy efforts. A compassionate world begins with you!