11 Piglets Saved From a Backyard Slaughter Operation Get a Second Chance at Life! 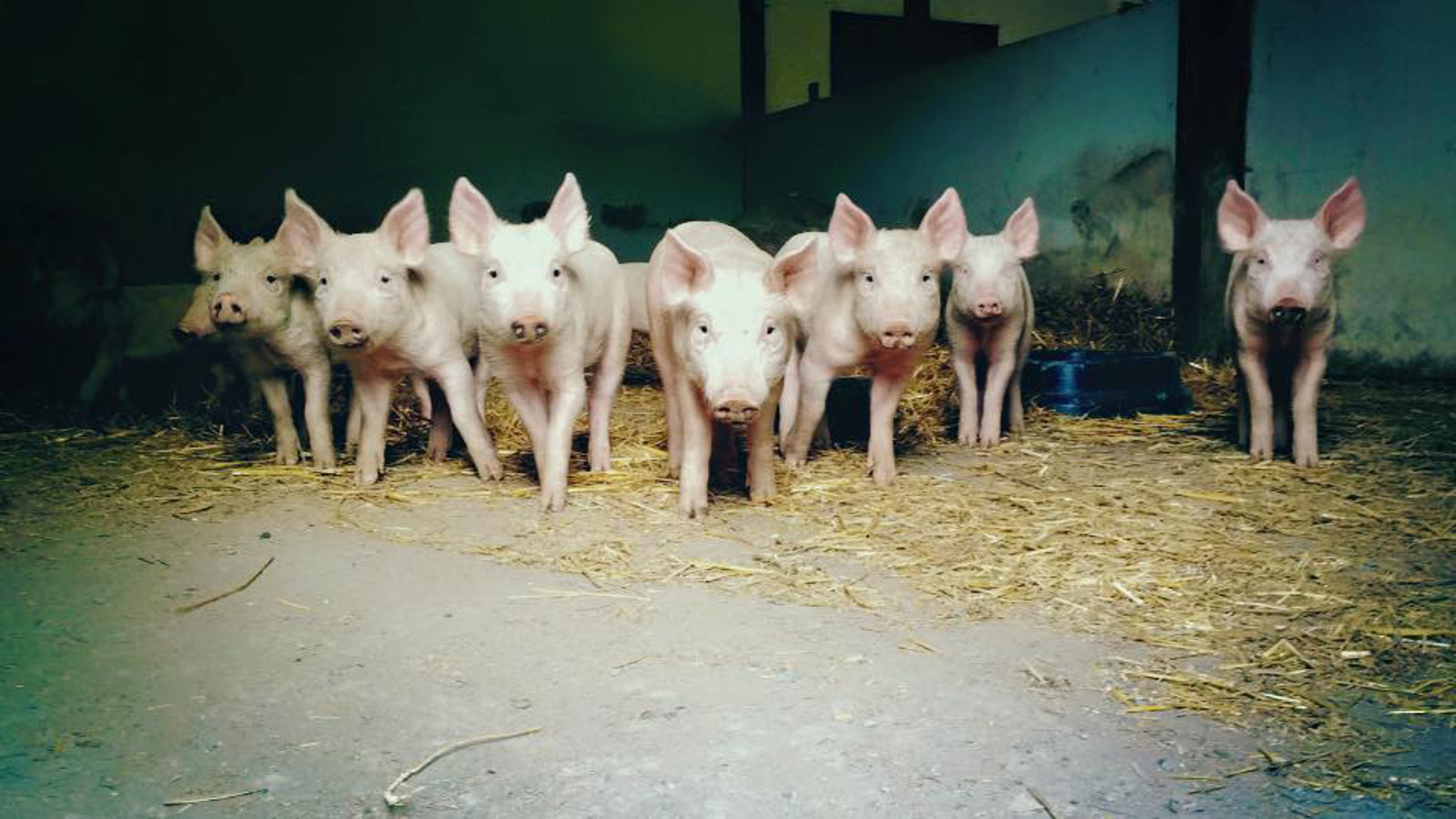 If you’ve visited the Sanctuary in the last few weeks then you’ve seen an explosion of cuteness. Or more accurately, a pigxplosion. PETA transported the piglets to the Sanctuary.

It started with a call from PETA. They were working with a couple in Virginia whose farm had reached hoarding-level conditions. The owners had bought two pigs to breed with the intention of selling their offspring for meat. Instead, they fell in love with the piglets.

Unlike many hoarding situations we encounter, these owners realized that things had gotten way out of hand and that they needed help. That’s when PETA got involved and asked if we could give eleven — eleven! — piglets a home.

To say that caught us by surprise was an understatement. A pig rescue of this size is rare but luckily we had the room. “We’ll see you when you get here,” we told PETA.

There was a lot of excitement when we spotted the van coming down the winding driveway. Unless an animal arrives pregnant it’s rare to see babies at the Sanctuary. Yet here were eleven of them. 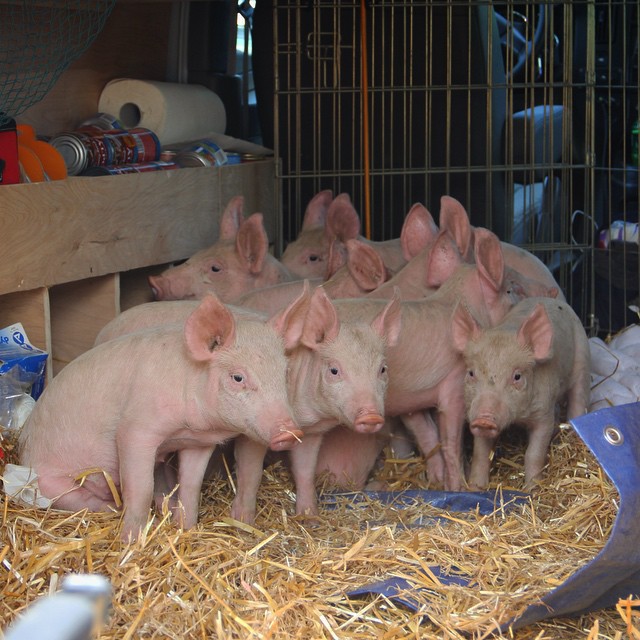 One by one we carried them out of the van and into their new home. They were frightened and remained huddled together, moving like a school of fish in unison as they ran to the food bowls or stepped back from the caregivers. But every day we watch these little ones get braver and more comfortable being around people.

Adjusting to Life at the Sanctuary 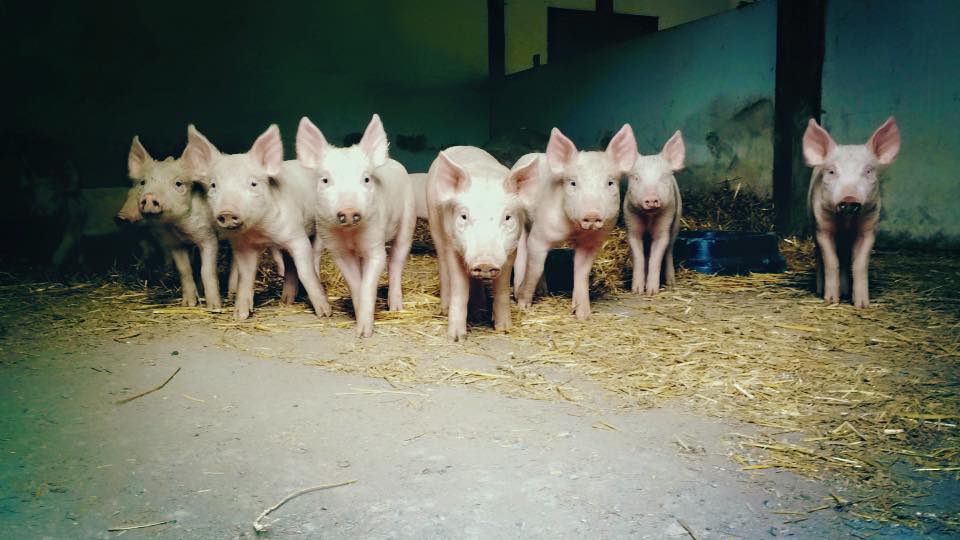 They’re living in a private area with a “pigio” we built so that they can get used to having outdoor space to run around. It’s a big change from their previous home where many of them were housed in a small dirt pen with their mother. Now they have fellow pigs Mary Frances and Jasmine living next door who watch them curiously through the fence. The piglets seem fascinated by them, but Jasmine was a baby herself when she arrived last year, and for the first several days we could tell she was not having it. But we showered her with some extra attention and she soon came around.

As babies they ranged in size from 13-23 pounds when they arrived and have gained a few pounds since. On  a farm pigs are raised to grow very large, very fast so that they can be killed as soon as possible. Adult pigs we’ve given sanctuary to pay the price for that. In later years their bodies can’t support the extra weight and their legs and hips give out. To avoid that fate, the piglets won’t receive any commercial feed filled with growth hormones. Instead, we’ve put together a special diet to keep them healthy and well-fed. And while they’re still small we’re taking them to the vet in weekly groups of two for spaying or neutering. Afterwards they get to recover in a stall near their siblings.

Last week we asked Sanctuary members to help suggest names – it’s harder than it sounds! We try not duplicate names of animals in recent memory which knocks a lot of initial suggestions off the list. But after spending time with the babies and watching their personalities emerge, we have a good idea of which name will fit each pig.