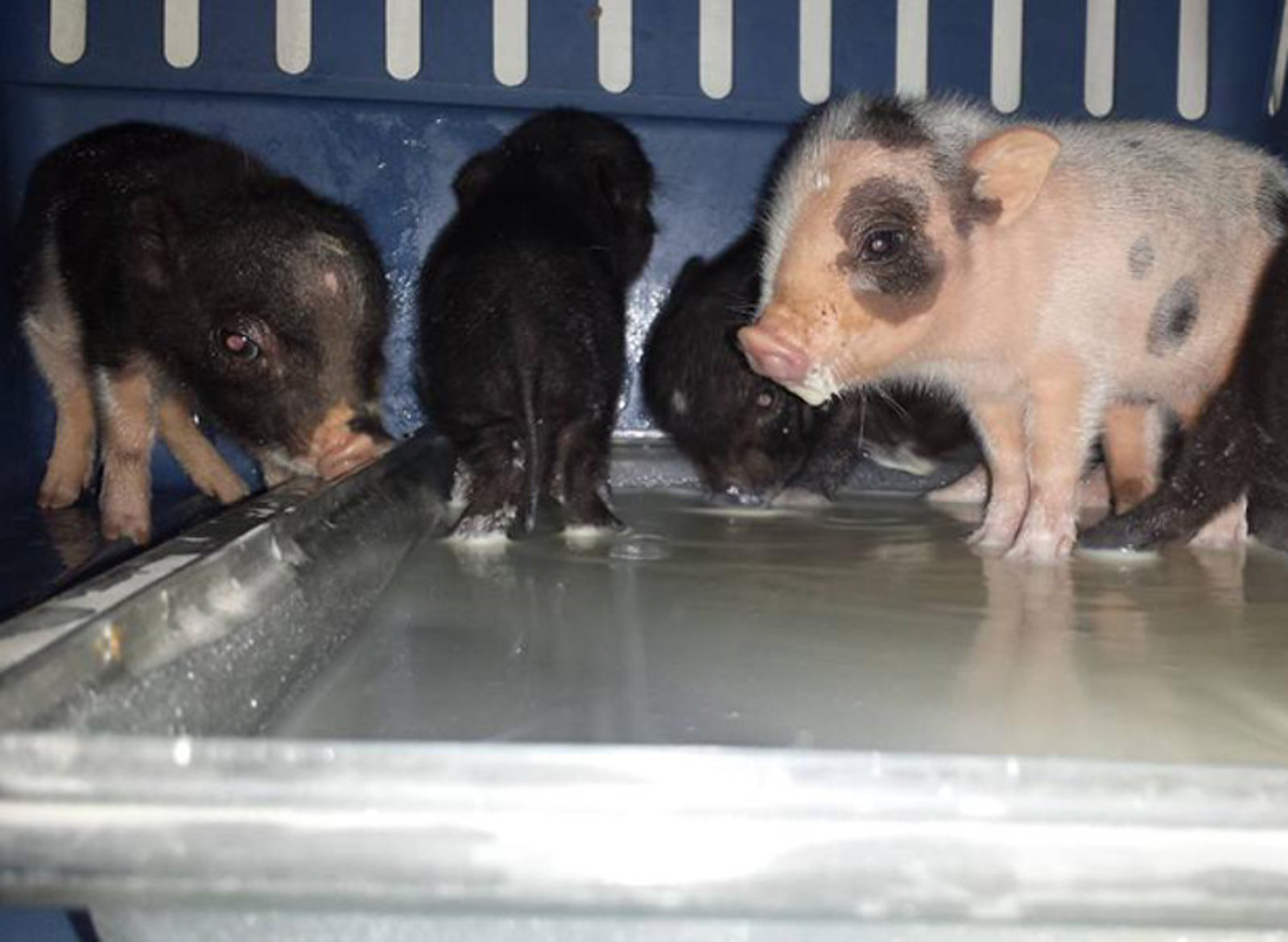 It is not everyday that a box of piglets gets brought to your doorstep, but the day that happens is certainly one worth squealing about. Or so it is if you happen to run a farm animal sanctuary.

Pigs are some of the most abused farm animals, many of whom spend their lives in gestation crates on factory farms. Sows are confined to crates so small that they never even get the chance to turn around during their severely truncated lifetime. Many piglets grow up without their mothers and are never given the chance to just be pigs, but are forced into the same vicious cycle their parents experienced.

Luckily, this is not the case of the little piggies who found their way to the PIGS Animal Sanctuary early one morning. Melissa Susko, the executive director of PIGS, tells OGP that the piglets were brought to the sanctuary, by a person, “stating they lost the mother and couldn’t bottle feed them all.” 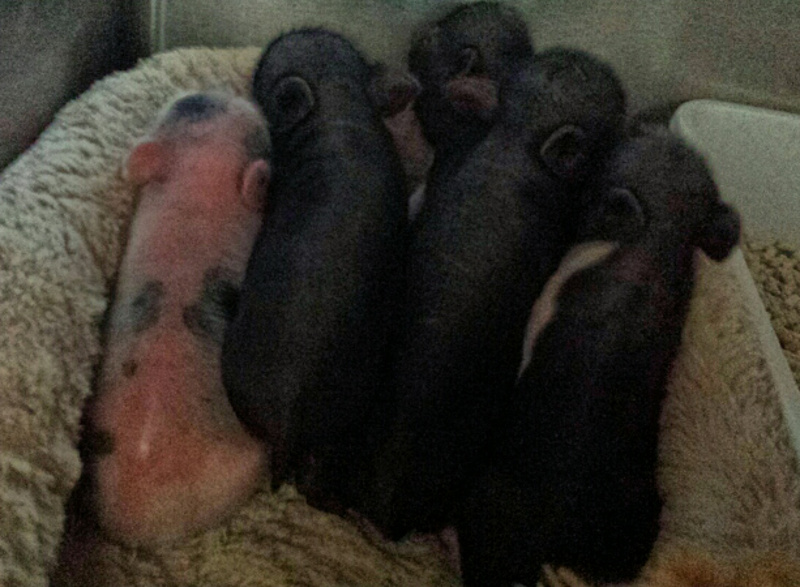 It was clear that this kind person had the piglet’s best interest in mind, but they were hesitant to give away anymore information as to how the pigs had come to be orphaned, Susko explains this is “common”with the animals they receive.

The piglets were no more than a few days old and thankfully had been able to receive the colostrum from their mother. Upon arrival at the sanctuary, the baby pigs were a little dehydrated, had some eye drainage and a case of the sniffles. It took a little while for them to adjust to being handled by humans, adding more difficulties to the feat of feeding them. According to Susko, bottle feeding piglets is no easy task.

Susko explains, “Piglets squeal as soon as you feed them too much them and they can very easily aspirate, which can lead to aspiration pneumonia.”

The solution to this, is one of the cutest things you will probably see all day…pan feeding. To do this, the piglets are placed in a shallow pan filled with milk, Susko tells OGP, ” You try to dip their noses in the milk so they lick it up, or put a little on the tip of the mouth.” 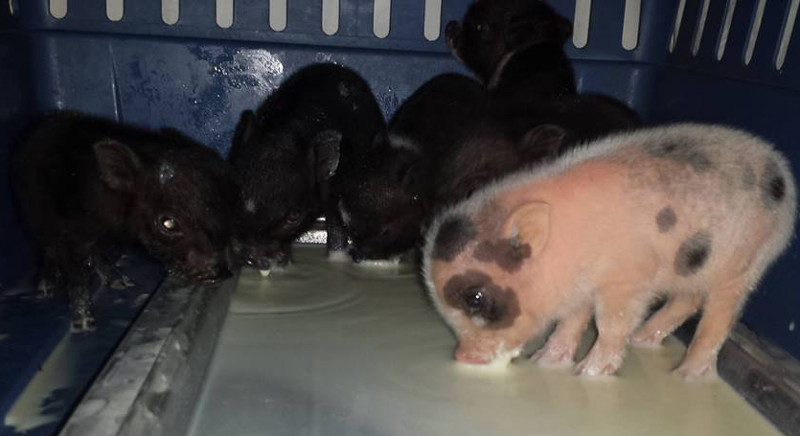 Susko continues, “It takes a couple tries for them to get the gist, so I syringe feed –putting the tip of a syringe in the side of their mouth and slightly push the formula in inside of having them suck from a bottle and I can’t control how much goes in. After 36 hours of syringe feedings, the piglets figured it out and now dive into their pan of milk at each feeding! We gave them some iron, eye ointment and a warming blanket in a crate.” 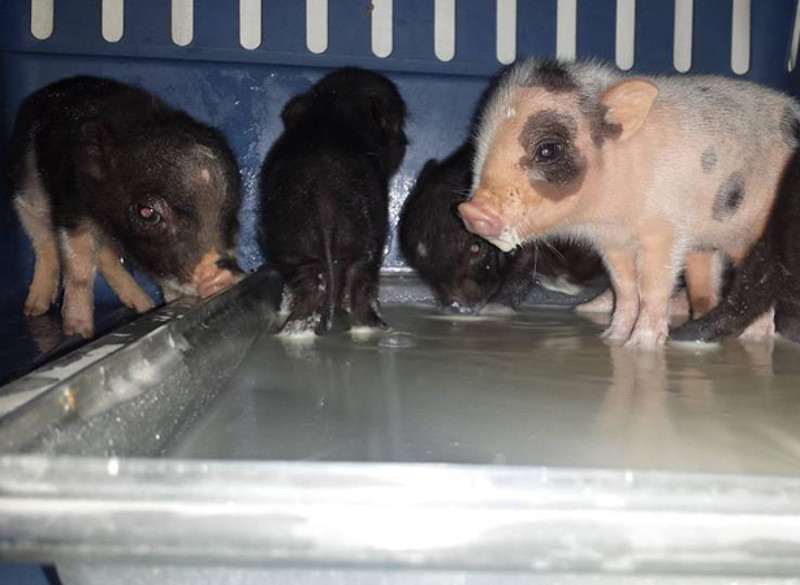 After only two days, the little piggies who initially shied away from humans now run to greet PIGS staff when they come for feedings and they love to crawl on and play with “Levi,” Susko’s “supervised dog.” 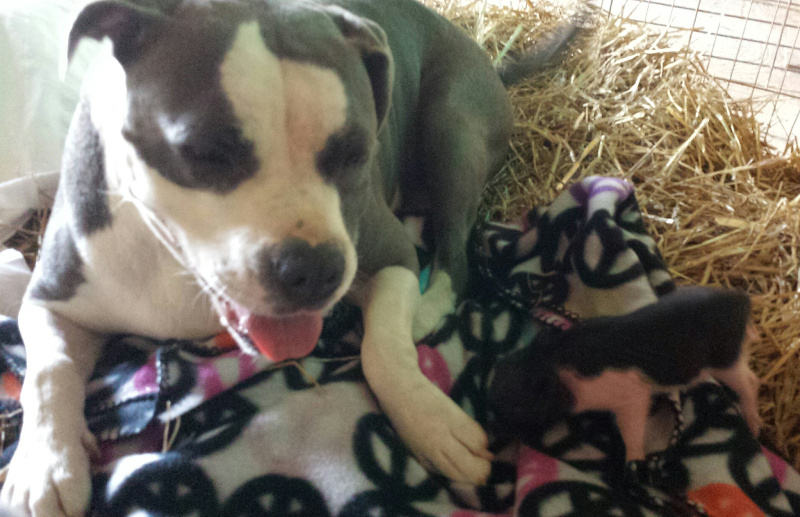 When asked by OGP what the most special part of the piglet’s rescue was, Susko replies, “Any rescue is special. We usually get in older, sick, neglected or abused animals, it’s such a nice treat to be able to watch the piglets thrive, grow and blossom into their own personality. Many times we deal with the worse- case scenario that breaks our hearts. Any baby animal is adorable, but there is just something so special about a young piglet!” 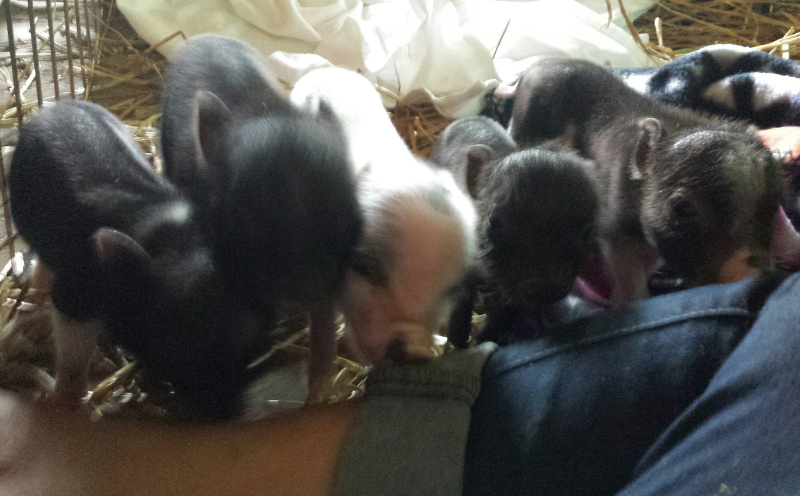 Truly, these little piglets are like any other animal deserving of love, care, and the freedom to enjoy all the wonders of their lives. 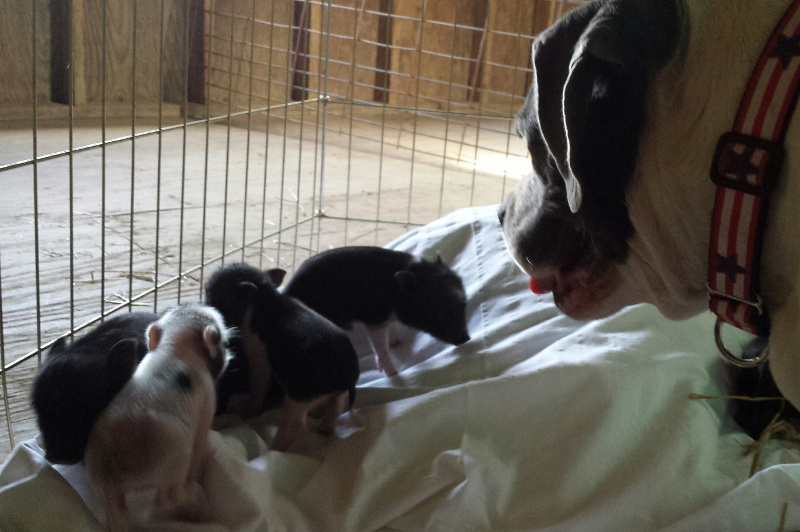 As Susko says, “How wonderful and amazing pigs are! They are no different than puppies and kittens and other animals that people accept as part of the family. I want people to see that they are gentle, smart, sensitive beings.” 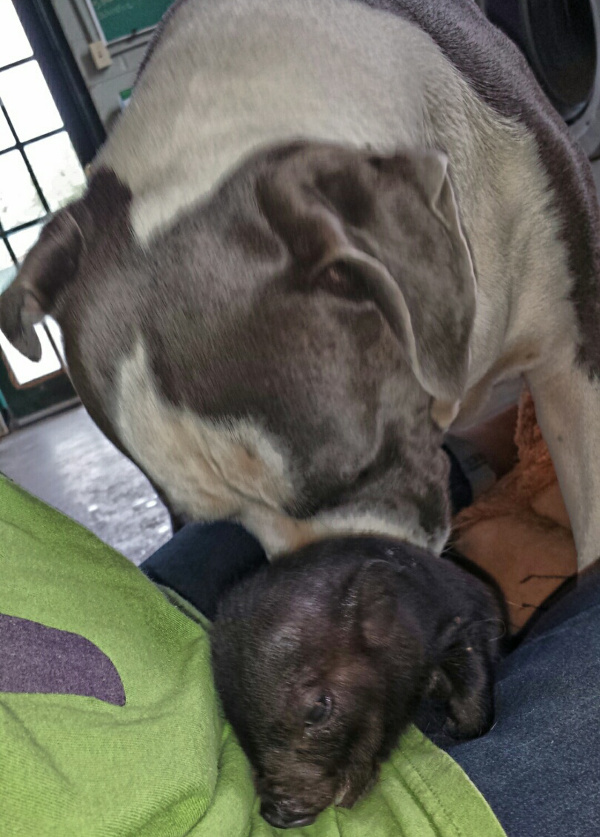 Levi has certainly adopted these piggies into the family! The piglets are now a whopping 10 days old and are already beginning to play with one another and trot around. They have graduated to a puppy-pen filled with straw that gives them more room to move around.

Thanks to Melissa Susko and the other wonderful staff at PIGS, these orphaned piglets will have the chance to grow up and enjoy the simple luxury of being allowed to just be a pig, happy and friendly as can be. 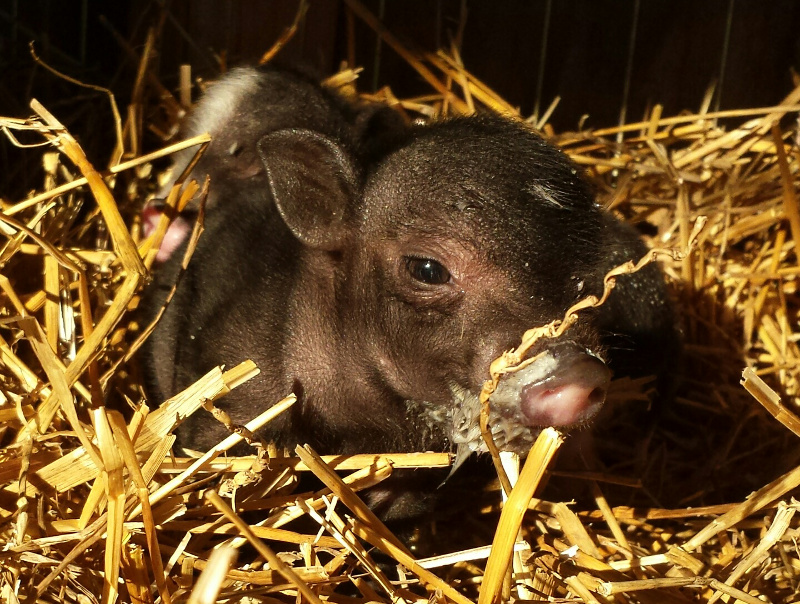 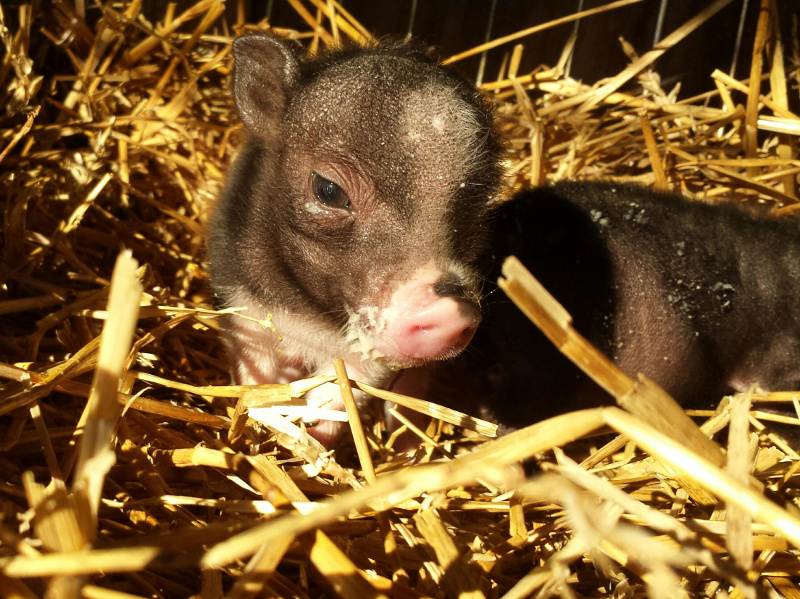 To learn more about PIGS Animal Sanctuary check out their Facebook page and website. To make a donation to keep these little piggies in treats and all the other things they need, click here.