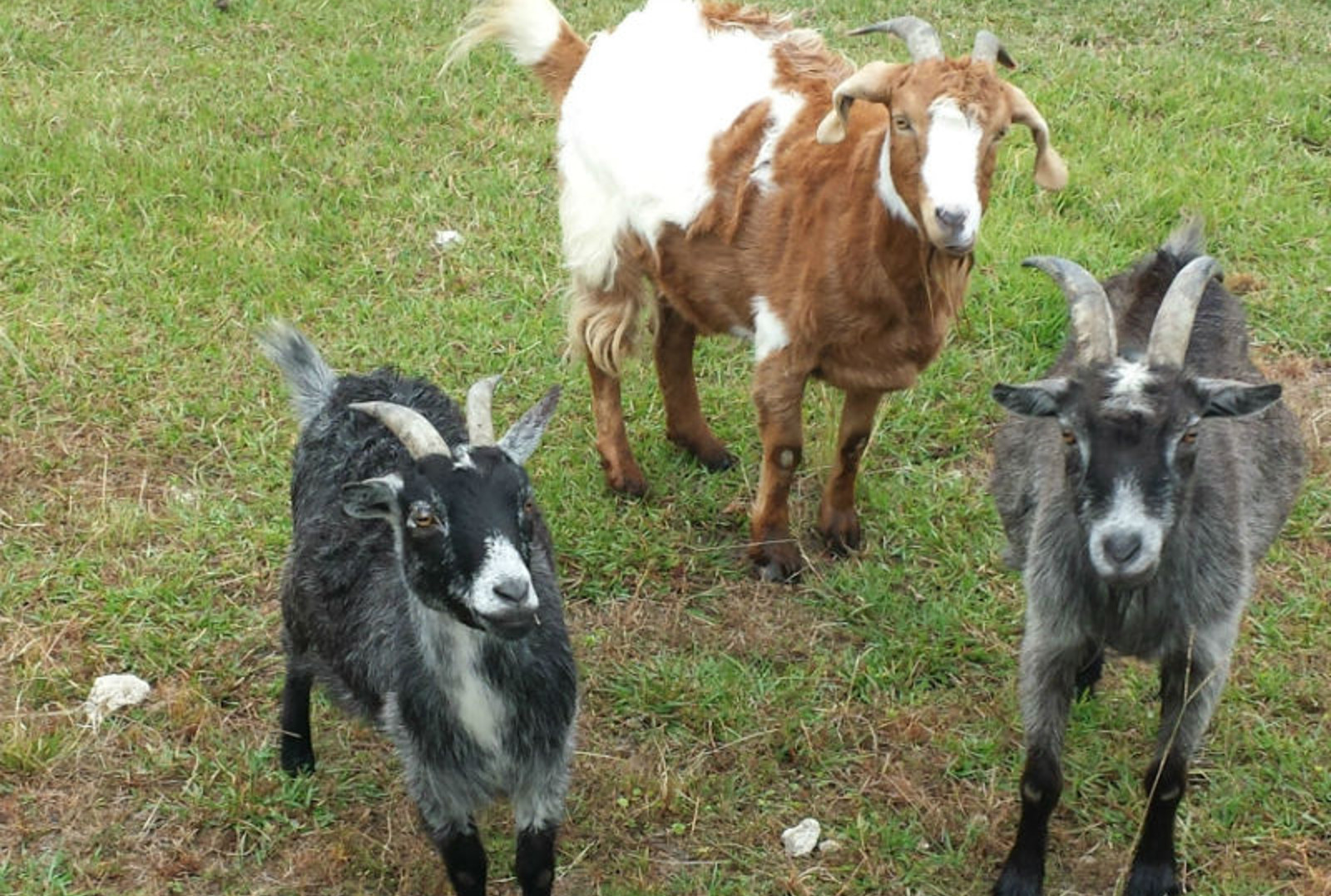 Kindred Spirits Sanctuary is heaven on Earth for the likes of 150 or so formerly abused, neglected or abandoned farm animals. From pigs to goats to donkeys, the non-profit farm houses animals of various species — all living worry-free lives on 36 acres in Ocala, Fla. The sanctuary was started back in 2003 when its founders were inspired by New York’s famous Farm Sanctuary, and launched this paradisiacal place of their own in response to an overwhelming need for more havens for animals farmed for food.

The sanctuary’s director, Logan Vindett, is totally devoted to making the residents’ lives as awesome as possible. They get around-the-clock care, high quality diets, spacious barns and gorgeous green pastures for their grazing pleasure. Check out 10 photos of the farm’s totally adorable inhabitants along with a little of their history, courtesy of Logan. 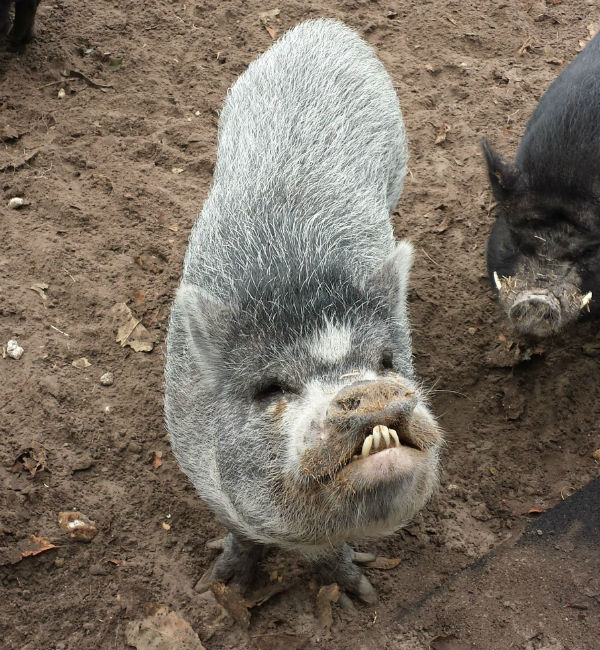 This dynamic duo was part of a large-scale rescue of 14 piggies who were living under someone’s mobile home. Three of the females were already heavily pregnant, including Judith. The end result was 40 pigs in total, and they’re all living happily ever after at Kindred Spirits as a family. 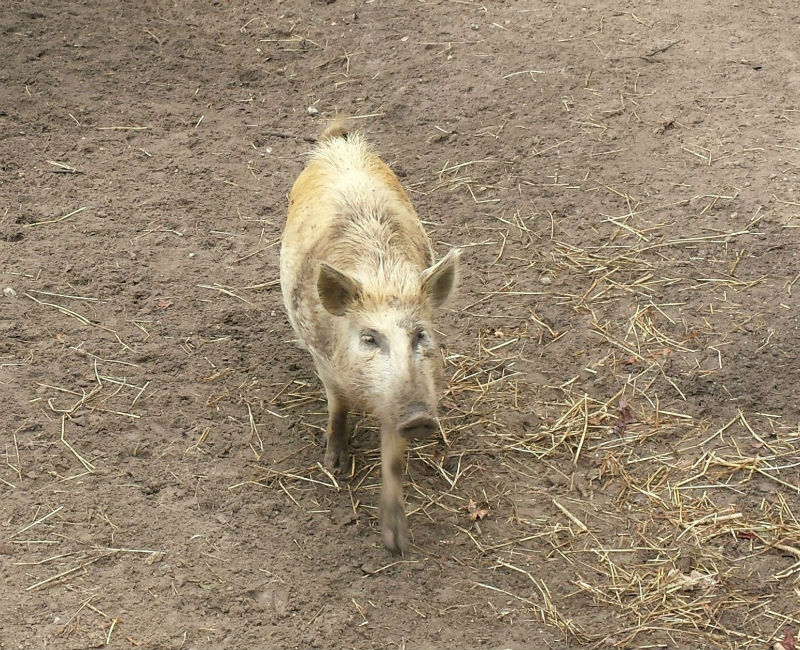 Claire was unceremoniously dumped at an animal control center in South Florida. A very kind and caring volunteer drove her up to Kindred Spirits to insure her safety. 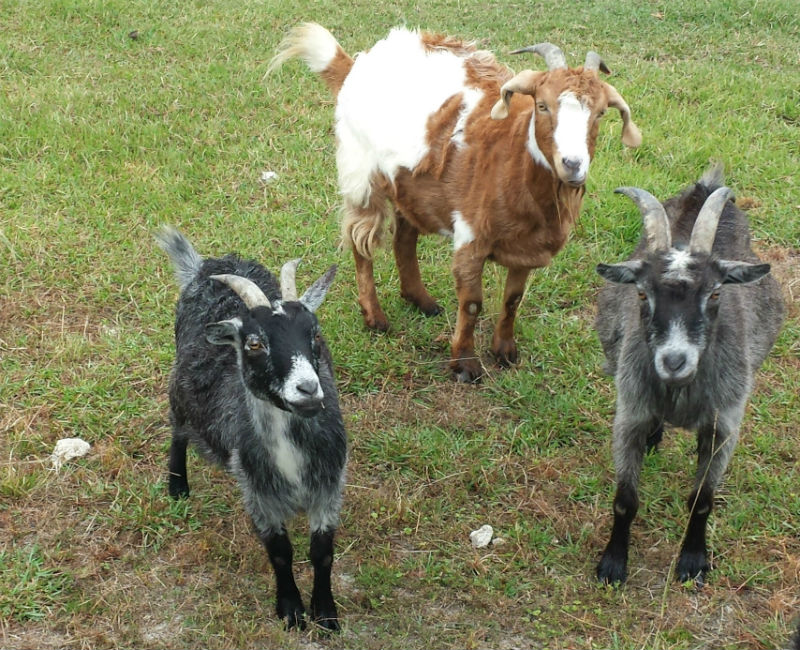 Sugar and Jesse are father and daughter. Their human parents were evicted from their home, so the pair was taken in by Kindred Spirits. Mary Poppins was intended for use in a Santeria ritual, but, luckily, was brought to the sanctuary instead along with her son, Bert. 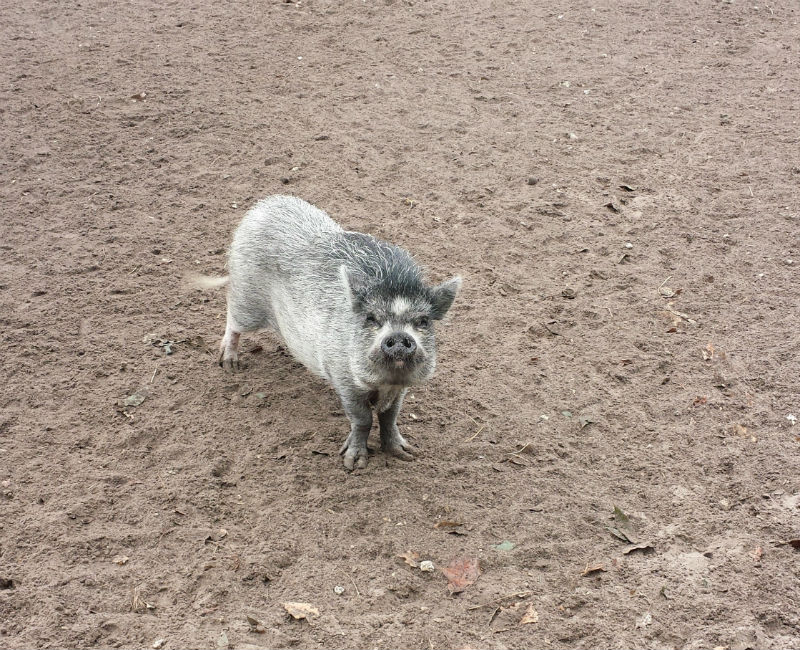 Gorgeous Pearl was part of a large group of pigs rescued by animal control in North Florida. She made Kindred Spirits her home back in 2008, and she’s been happy as a pig in mud ever since. 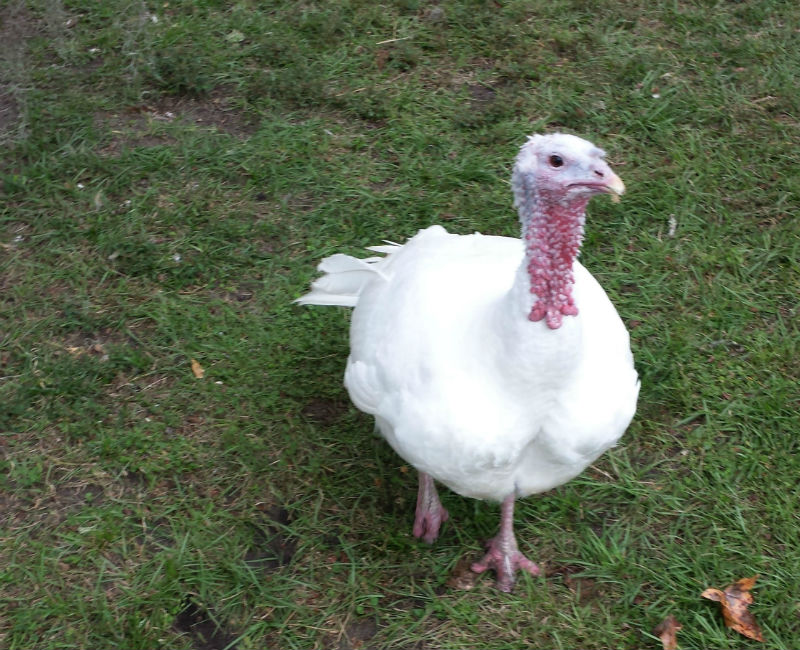 Maddie was bred in a factory farm, as sadly evidenced by her cut beak and toes. She went to live at Farm Sanctuary in New York, and eventually made her way to Kindred Spirits. She loves hanging out with her friends Mia and Libby, and taking dust baths. 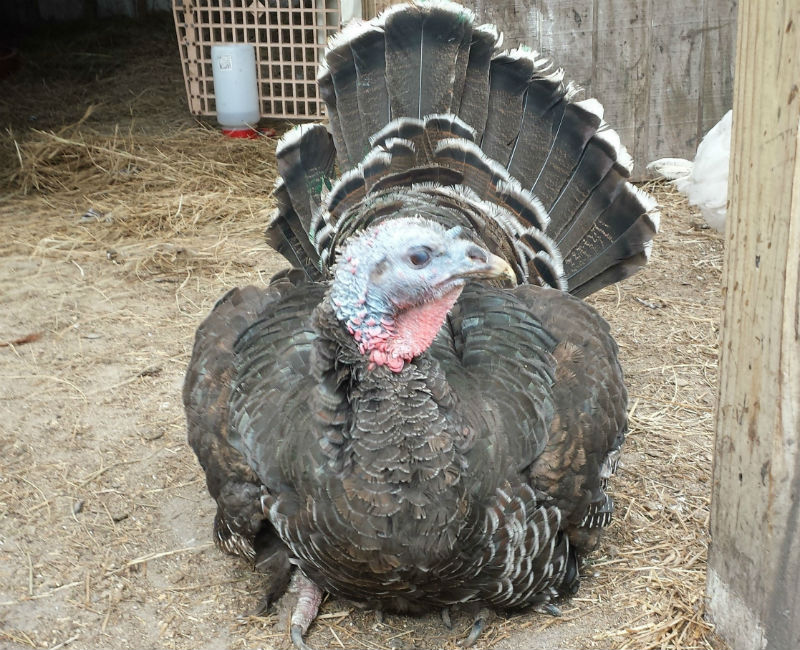 Mia the turkey was on her way to a brutal future when she fell off a transport bus in Tampa, Fla. She sustained some permanent scars, but is a lucky girl indeed, and lives life to the fullest. 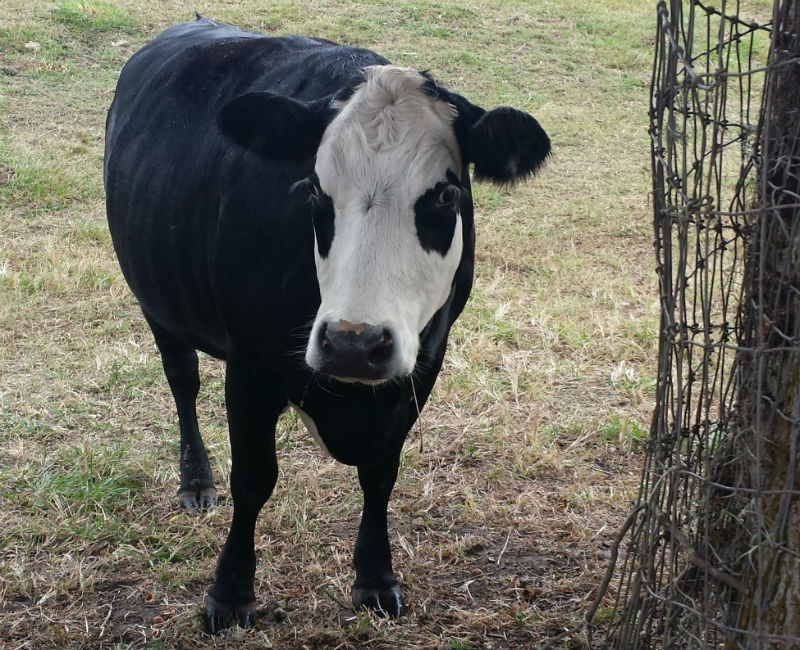 Panda was part of a starvation case that happened near the sanctuary. She and three others from her herd were rescued by Kindred Spirits in 2009.

8. Group including Connie, Pearl and Lancelot and Corky 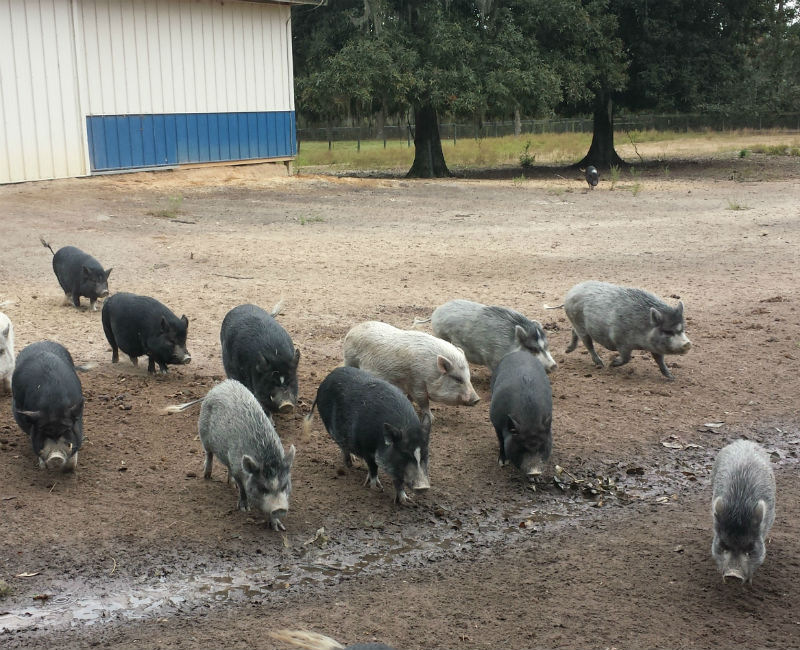 Part of the happy family that’s 40 pigs strong, these are all relatives of Judith. 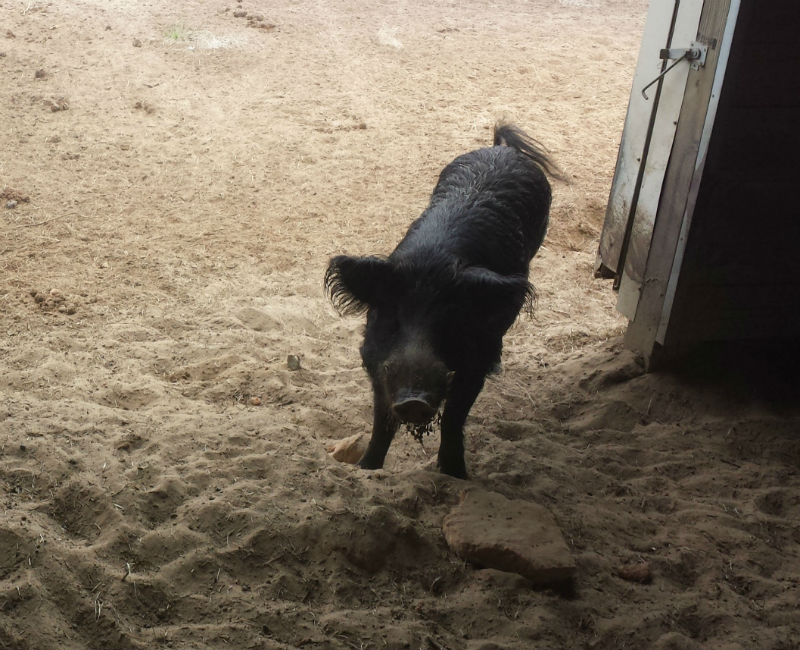 Ernie Bumble (P.I. stands for Pig Investigator) is a wild pig who’s been with the folks at Kindred Spirits for many years. He’s very sweet and particularly fond of belly rubs and bananas. 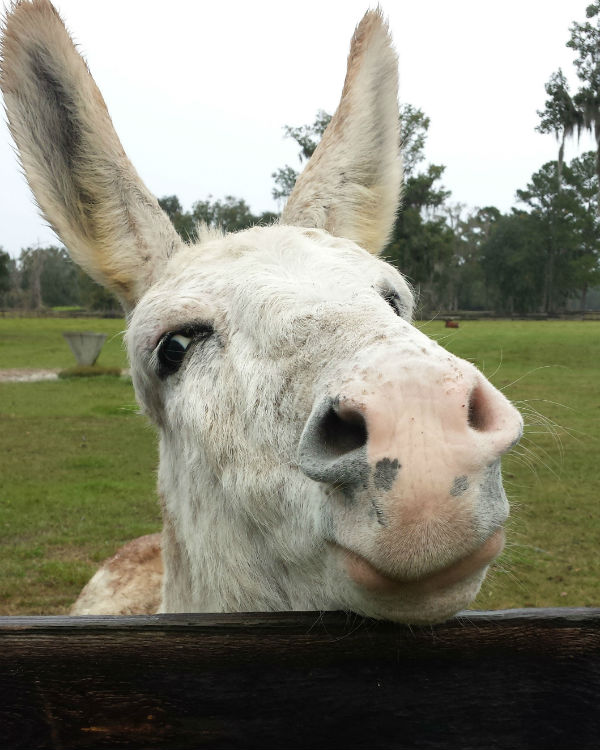 Chalkie’s original owners, neighbors of Kindred Spirits, stopped feeding the handsome boy. KS picked up where they left off, and eventually they let him come live at the sanctuary where he’s happy and curious about everyone he meets.

You can see more amazing pictures of their precious tenants on the Kindred Spirits Facebook page, and you can help them out with a donation via their website.