I Don’t Want to Live in a World Where Lions Don’t Exist: My Experience Photographing Big Cats 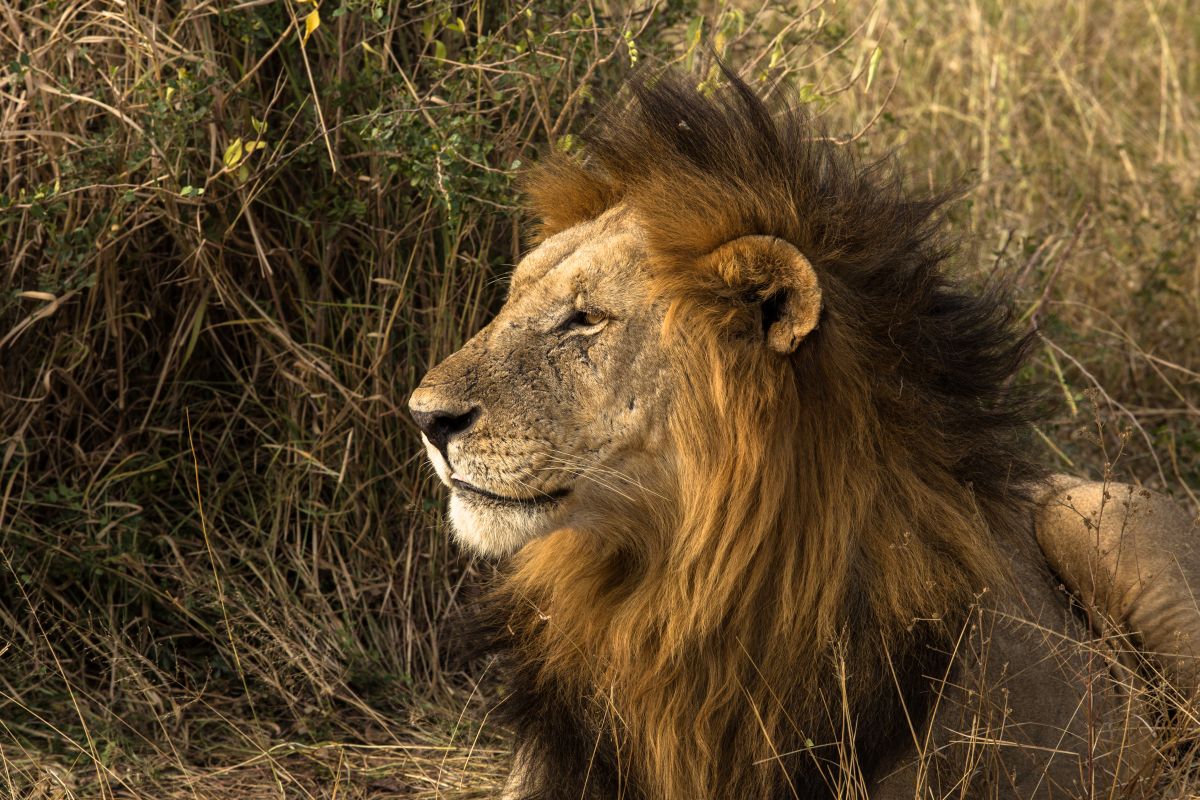 In over 15 years of traveling with Conservation International’s (CI) visual storytelling team, I have been fortunate to visit many of our planet’s most magnificent wilderness areas. During field expeditions to film and photograph nature and its interaction with people, I have also encountered a great variety of animals and plants, from lemurs in Madagascar to humpback whales off the Brazilian coast to giant succulent plants in South Africa. But until recently I had yet to have a wild encounter with my all-time favorite animal: the lion.

Since I was young I have been obsessed with lions. I collected toys, stuffed animals, and Tarzan comics, and tuned into any BBC or National Geographic film that included lions; I simply could not get enough. In recent years, I’ve spent many Sunday afternoons at the National Zoo in Washington, D.C. spending endless hours outside the lion enclosure admiring the animals.

What is Happening to the World’s Lions

In June 2014, I traveled to Tanzania to film an exciting project led by CI in partnership with the Earth Institute, Columbia University and the Council for Scientific and Industrial Research in South Africa. This program, called Vital Signs, collects data on ecosystem health to help governments and business leaders make better decisions about how to manage the environment for the long-term benefit of people. After a week filming our tireless research team as they measured tree trunks, measured water pH and collected soil samples in the forests of central Tanzania, I was more eager than ever to see one of Africa’s most iconic animals — the lion — in the flesh.

Finally, I got my chance. After we wrapped filming, I drove from Dar es Salaam to Mikumi National Park in search of lions. During the four-hour drive, I thought about the recent decline in lion populations. Although lions are currently classified as Vulnerable by the IUCN Red List of Threatened Species (one level below Endangered), scientists predict that lion numbers could drop by half over the next two decades. Why? As human settlements and farms grow, they encroach more on protected areas, reducing lion habitat and causing many lions to be killed in retaliation for livestock loss. Trophy hunting has also played a role, as in the sad case of Cecil the lion.

This tension between man and wildlife was evident as soon as I entered the park. A major paved highway transects Mikumi with a constant flow of heavy trucks and cars traveling between Dar es Salaam and the agriculture-rich region in central and southern Tanzania, the country’s bread basket. Mikumi’s animals have no choice but to cross this major road as they roam across the fence-less park. During the Vital Signs shoot, team leader Joseph Mwalugelo told me that many lions have been hit and killed by vehicles while crossing this road. He later sent me a cell-phone video that one team member captured of a male lion crossing the road in Mikumi (see below).

That lion made a safe passage, but it seems that unless conservation efforts are ramped up, the future of the “king of the jungle” is looking very grim.

In the late afternoon, exhausted, I parked at Mikumi’s main entrance gate and was picked up by a vehicle from Vuma Hills Lodge, which would be my home for the next four days. As we drove up the dirt road, passing small herds of giraffe, the driver noticed four vehicles parked under an acacia tree. My heart beat faster. Lions? As we approached, I saw two lionesses resting under the tree. One of them had been badly injured; her left rear leg was mangled and her tail was only a bloody stump — perhaps the result of a fight with other lions or hyenas, or a run-in with a car on the road. 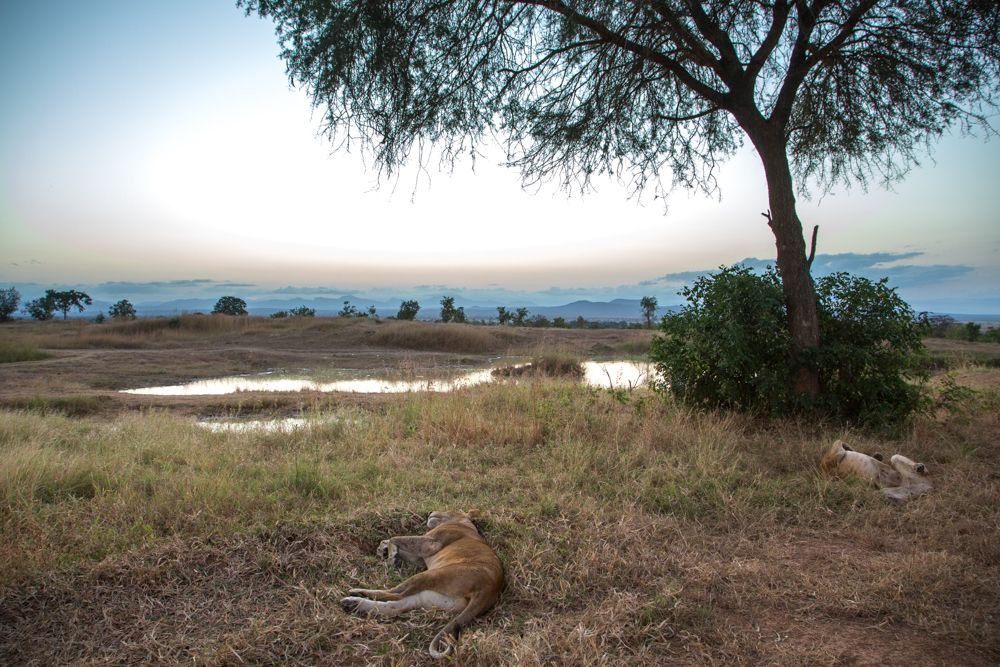 Although it was a rather painful sight, this officially counted as my first lion sighting — and despite being worried for this lion, I was in awe. Fixated on these two gorgeous lionesses lying mere feet away, I could barely snap a single photo.

As soon as I arrived at the lodge, I began asking everyone — guides, tourists, kitchen cooks — about lion sightings, and learned there had been few in recent days.

The next few days became a routine. Wake up at 3:30 a.m. for my morning coffee and cake. Depart the lodge at 4 a.m. with my driver, my superb guide Eric, and a trainee-guide. We transected the park, stopped, turned around, followed animal tracks on the road. We passed herds of elephants and buffalo, making quick stops to admire them, but lions were our mission. But with no further sightings after that first evening, I was losing hope. 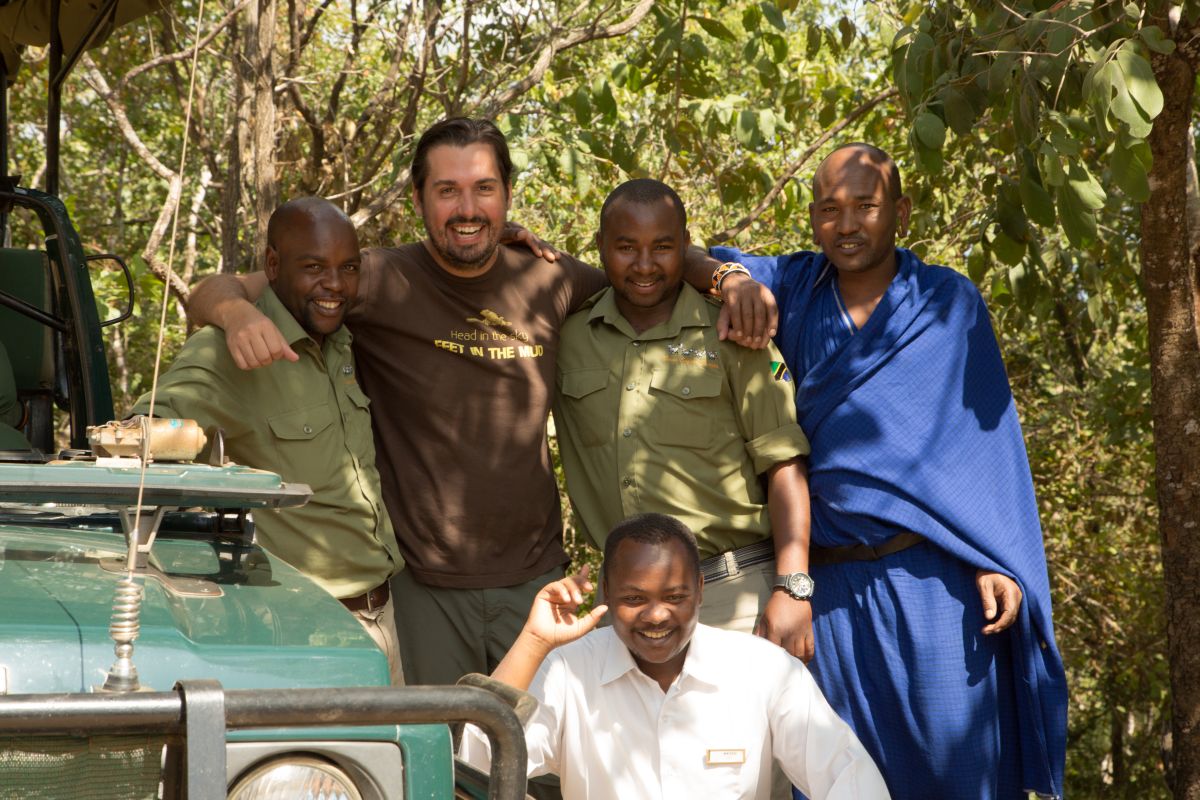 Mid-afternoon on my final day at Mikumi, we headed out in our open-air safari vehicle for my last game drive of the trip. We first circled the outer perimeter of the park. No lions. As the sun began to set and the savanna emitted an indescribable red-orange glow — every cinematographer’s dream light — I began bidding farewell to the elephants, the impalas, the buffalos, the zebras and giraffes, the high grass, the acacias and every other life form that had so kindly hosted me during my visit.

Eric could see my disappointment and decided to pass by the airstrip in our last hope of seeing a lion. Right away he noticed a herd of giraffe standing still, staring in one direction. Thanks to their height, giraffe are often the first to warn other animals that predators might be present. We stopped the vehicle, cut the engine and scanned our surroundings with binoculars. I noticed a strange shape about 275 meters (900 feet) from us: what looked like a fallen, dried-up tree branch that was moving strangely. I re-focused my binoculars, and quietly got Eric’s attention; it was a lion’s hind leg, and I had spotted it!

Slowly we drove the vehicle toward the bush sheltering the feline. We were stalking the lion, rather than he us. Eric turned the vehicle around a high brush, and there he was — a magnificent male lion resting on his back. In the light of the setting sun, this animal turned, shaking his gorgeous mane. He was completely indifferent to, yet acutely aware of, our presence.

After 20 minutes, likely wondering why these primates were staring at him so intently, he rose, shook his dazzling mane again and slowly walked away into the bush. All of us broke out into giddy laughter. Even Eric, a seasoned guide who has had his share of lion encounters over years of safaris, confided, “I still get goose bumps every time I see a lion.”

There are many reasons humans should protect lions, from tourism dollars to more indirect benefits like keeping herbivore populations in check. But for me, I’ll admit that my main motivation is more personal: I don’t want to live in a world where lions don’t exist. For millennia, humans and lions have shared Africa’s savannas and adapted to the presence of the other; surely there’s a way we can keep doing so.