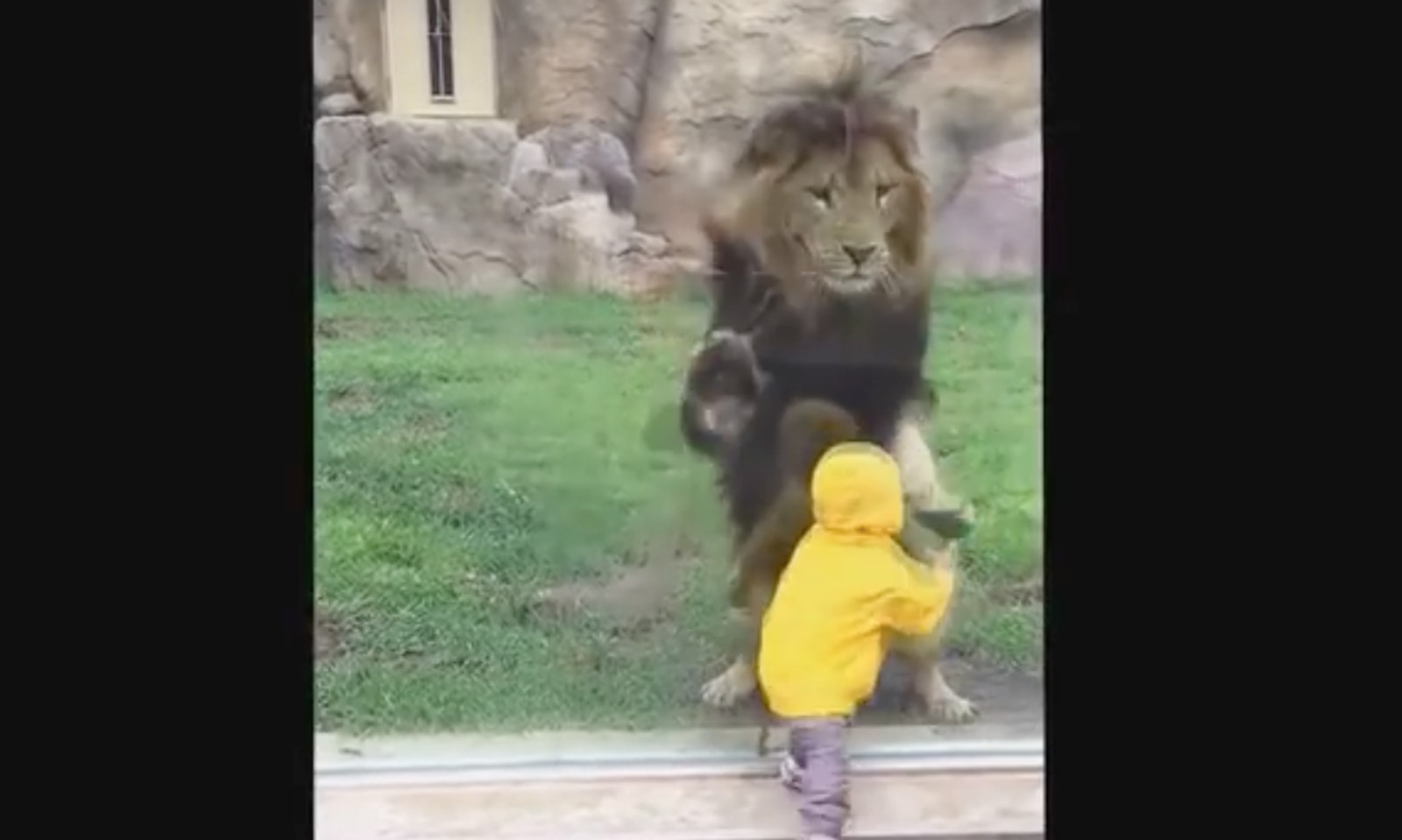 Who didn’t grow up visiting animals in the zoo? From a parent’s perspective, going to the zoo is a great way to peel children away from their cell phone or TV screens and get them to engage with wildlife in an outdoor setting. After all, it’s much better to get kids to see real life animals than cartoon ones. At least with the real version, they’ll learn something about the animals’ natural instincts and personalities, right?

It would seem that an educational trip to the zoo is a positive and enriching experience for a child, but when you take a closer look at what is actually happening to animals in zoos and other captive environments, suddenly this might not seem as such a quality endeavor.

The fact is, no matter how much we try to replicate the wild in a captive enclosure, nothing can compare to life in the wild for animals. In the case of predators like lions, living in a glorified cage is incredibly frustrating. In their natural habitat, lions spend their days interacting with their environment, spending hours patrolling their territory and venturing out for long hunts. These animals thrive in an active setting where they can engage their natural instincts.

In a zoo, where their enclosures are a small fraction of the size of their wild environment and their meals are delivered straight to them, big cats are forced to ignore and forget all their wild tendencies. As a result, many captive lions start to exhibit stereotypical behaviors, thought to be symptomatic of mental distress, such as pacing pack and forth, overgrooming themselves to the point of bleeding, or a host of other unnatural and harmful actions. One study showed that the median percentage of time spent pacing in captive lions was 48 percent, in contrast, prides of wild lions spend at least 20 hours per day resting – that’s a pretty staggering comparison. Chances are if asked, a zookeeper would explain that lions enjoy pacing and it somehow meets their natural instinct to keep active.

This sort of dismissive response to stereotypical behaviors not only misrepresents the facts about wild animals, but it is also extremely irresponsible. By trying to belittle the animals’ distress, writing it off as them “just playing” or “performing for their guests,” zoo officials belittle the creatures in their care and create the false sense that there is nothing wrong with their mental or physical being. A very recent example of this comes from a zoo in Chiba, Japan.

In the video below, we see a full-grown lion stalking and then attempting to pounce on a two-year-old through the glass of his enclosure.

The zookeepers stated that the lion does every time he sees a small child and this is simply his way of playing with little ones. While this might seem like a rather innocent response, the fact is it isn’t. Luckily the glass in this enclosure was strong enough to withstand the full force attack of a 400-pound lion, otherwise this would have been a much different story. But aside from the physical threat the lion could have posed to this child, ignoring the reality that this lion was acting on his natural instincts to hunt perpetuates the idea that we can put animals in captive environments and they will magically lose all of their wildness and conform to their new “habitat.”

Lions and all other wild animals play a crucial role in maintaining their ecosystems and placing them in captivity not only compromises the animal’s well-being but also can have a very negative impact on the other plant and animal species that rely on the delicate balance these animals create. This is especially the case for lions who are rapidly disappearing from the wild as an endangered species.

Some would argue keeping lions in zoos is a great way to conserve their species, but we have to ask what it is we’re really achieving in doing so? A lion is only truly a lion when they are able to exhibit their natural instincts and interact with their true environment. In captivity, they’re little more than showpieces that have been extracted from any sort of ecosystem. By further ignoring this fact and encouraging children to see wild animals in this way, we are teaching our children that these animals only have worth in relation to their ability to entertain us. The little boy in the video above will likely grow up remembering the time a lion tried to play with him – hardly the truth of the matter.

Share this article and encourage others to change their perspective of keeping wild animals in zoos.