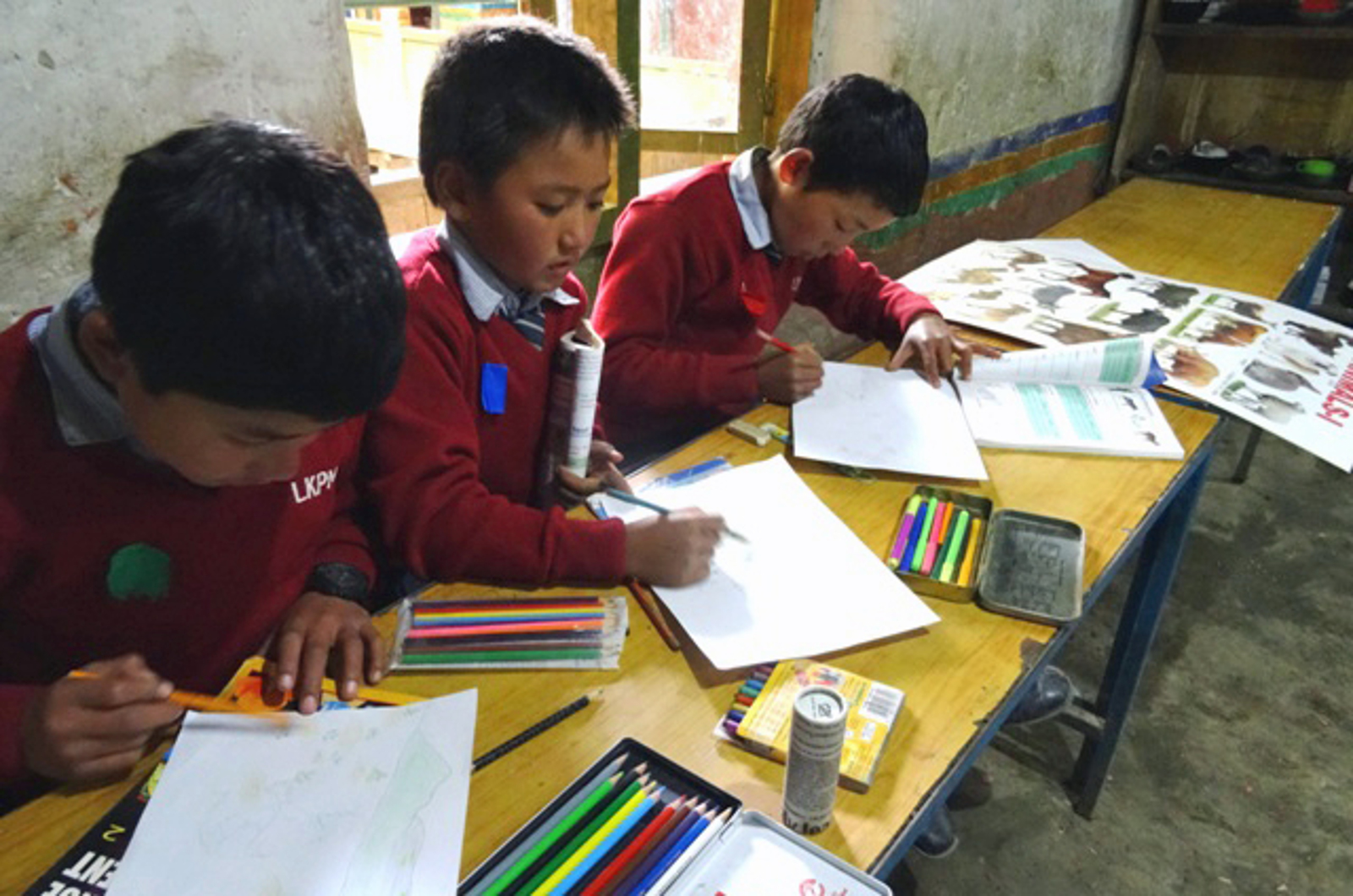 Snow Leopard Conservancy (SLC), in partnership with the National Trust for Nature Conservation (NTNC) and Annapurna Conservation Area Project (ACAP), has been carrying out Snow Leopard Environmental Awareness Camps in Nepal since 2011. These camps follow the formation of a new Snow Leopard Scouts group which remains active for one year. 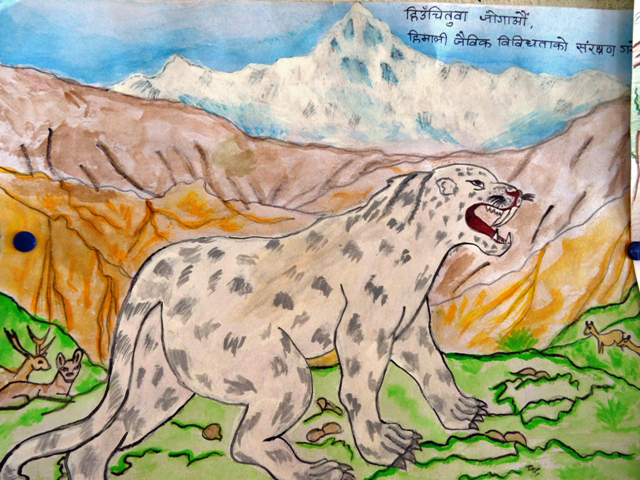 The education component of the Snow Leopard Program in Nepal is geared toward activating school youth across (snow leopard) districts so they have a collective voice in raising awareness in their local communities and society at large. The program trains and supports youth to work with local teachers, guardians, park rangers, livestock herders, and other stakeholders, in community-based wildlife monitoring targeting snow leopards and prey species. The goal is to help curtail people-wildlife conflicts, exacerbated by lack of awareness and commitment to wildlife conservation on some segments of local population.  The Conservancy — and the Snow Leopard Scouts program — envisages to help community and conservation organizations in Nepal maintain landscape level biological (snow leopard) corridors, dotted with predator friendly communities (Snow Leopard Scouts, their parents and other related stakeholders), so snow leopard and other predators can pass through the landscape without any threat of human persecution. 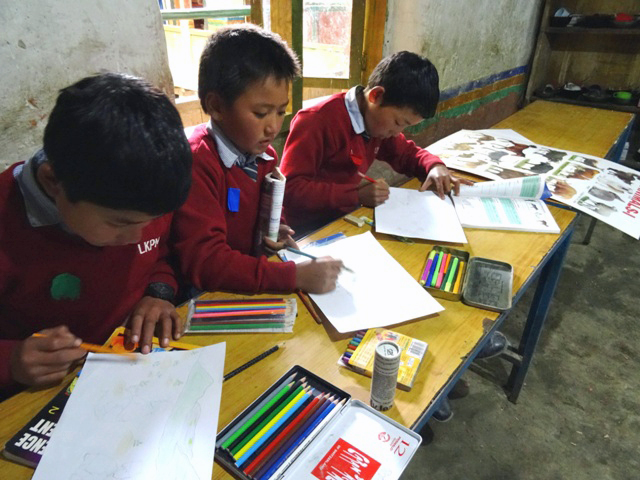 In celebration of the 42nd Environment Day on June 5, students from four schools in Upper Mustang took part in an environmental conservation and snow leopard awareness rally. In the afternoon, the enthusiastic crowd including students, teachers, ACAP staff, and ordinary villagers participated on a conservation rally. They paraded around Lo-Manthang walled city, with the following Environment slogans:  “Seven billion dreams, one planet, consume with care,” “Save the wildlife,” “Stop poaching,” and “Save the snow leopard, the mountain queen.” Students participated in an Inter School Art competition which was held soon after the rally. The best artists were given awards and khataks (white scarf which is considered holy in Buddhist society) were offered by the chairpersons of various committees. 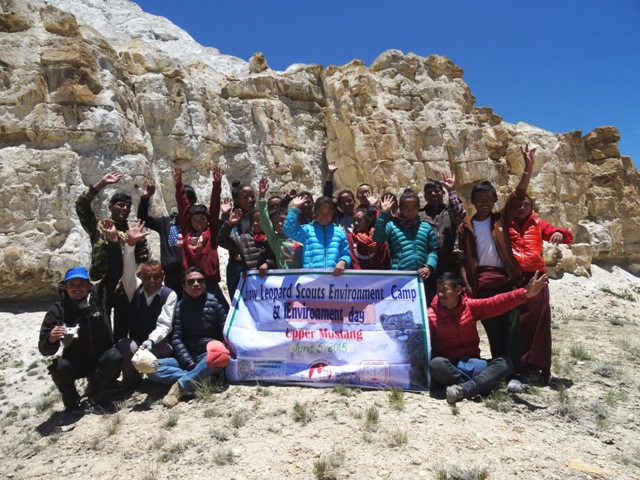 The following day the new Snow Leopard Scouts were selected and given a description about the day’s hike which was the start of the Environmental Awareness Camp. The new Scouts, along with staff, teachers, and herders, then hiked to Sakao (3,800m), some three hours steep uphill from Lo-Manthang for observing wildlife and their habitat. Once arrived at the site, they were exposed to much training and information pertaining to wildlife and biodiversity.

Students were trained to properly use binoculars, GPS and camera traps. They scanned the surrounding environment for hours hoping to see blue sheep and other wildlife. A herd of blue sheep was observed and identification and classification was also done. Sakao is one of the most possible sites to observe fresh signs of snow leopards and students had opportunity to see the signs — pug marks, scrapes and scat – and characterize them. In addition, students were taught about the conflict between humans and wildlife. They were also briefed about the other programs of Snow Leopard Conservancy such as predator proofing corrals, solar lights, newly introduced Fox Lights, etc.

Finally, students were instructed to write diaries on the day’s activities and their experience. Information from these diaries will be shared with not only the Scout’s family and friends, but also with Snow Leopard Conservancy followers around the world.