Lolita Might Have to Stay in Miami Seaquarium, but the Battle for Her Freedom is Hardly Over 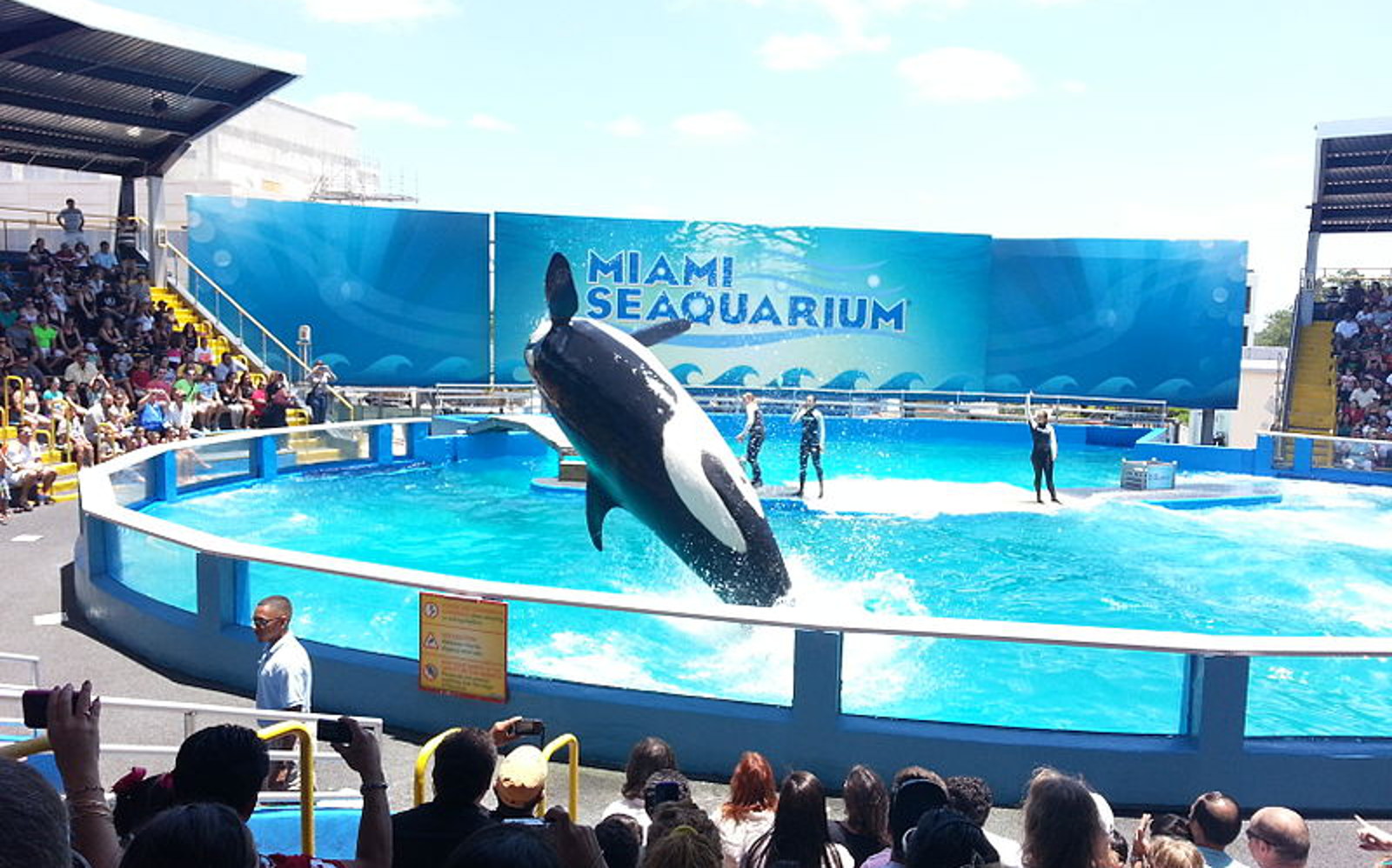 In 1970, at the peak of the captures of free orcas in Washington and British Columbia for entertainment revenue worldwide, a young female whale was wrapped in nets and hauled onto a flatbed truck, to be delivered to a dolphin park in Miami called the Seaquarium.

She was traumatized and wouldn’t eat for weeks, but her new owners named her Lolita and taught her to perform routines with a young male they had named Hugo, who had been caught in Puget Sound 18 months earlier. Hugo repeatedly bashed his head against the walls of the tank and died of a brain aneurysm in 1980. Unbelievably, Lolita is still there, doing two shows a day and swimming in circles all day and all night, or doing nothing at all.

In February, 2012, a legal team including attorneys from People for the Ethical Treatment of Animals (PETA) and Animal Legal Defense Fund (ALDF) filed a request to the U.S. Department of Agriculture (USDA) that they not renew Seaquarium’s annual license despite multiple violations of the Animal Welfare Act (AWA). When the USDA renewed Seaquarium’s license anyway, we (I joined as one of seven plaintiffs) filed a suit later that year. The complaint stipulated that Lolita should be relocated to a seapen as described in the Orca Network plan first made public in 1995.

Lolita’s team responded adroitly to every legal barrage, but in March 2014 the USDA case was dismissed by a Florida federal judge, confirming that renewal does not depend upon compliance. That is, the USDA can renew licenses even if the conditions violate the AWA. Courthouse News said: “Judge Lenard wrote that while the USDA ensures compliance with the AWA prior to issuing a license and through enforcement proceedings, the agency is not required to ensure the same compliance prior to renewals.”

In July 2014, Lolita’s team appealed in a 104-page document. On June 17, 2015 our appeal was denied but with an even more explicit statement from the Court of Appeals that the Seaquarium need not be in compliance with the AWA to continue being licensed: “Only Congress, not this court, possesses the power to limit the agency’s discretion and demand annual, substantive compliance with animal welfare standards…” Judge Susan Black wrote for a three-judge panel, and: “… Congress has not directly spoken to whether USDA can renew a license despite knowing that an exhibitor is noncompliant with animal welfare standards…”

At first glance, it looked like a major defeat in the campaign to retire Lolita, but it’s hardly the end of the road for our legal efforts for Lolita. This case against the USDA was part of a larger strategy.

The first legal volley in the strategy to retire Lolita was fired in October 2011, aimed straight at SeaWorld. I joined with PETA, Ric O’Barry, Ingrid Visser, Carol Ray and Samantha Berg as “next friends” of five wild-captured orcas held at SeaWorld in a suit accusing the company of violating the 13th Amendment against involuntary servitude. The case was dismissed in February 2012, but only after widespread media coverage introduced the public to the idea that captive orcas suffer like humans from domination and confinement.

It all leads up to a forthcoming case against the Seaquarium itself for violations of the Endangered Species Act (ESA) that will be filed later this month. The 60-day notice of intent to sue was filed the day Lolita became listed under the ESA after over three years of legal wrangling with the National Oceanographic and Atmospheric Administration. Orca Network, myself and three others were named in that petition, filed by PETA and ALDF on November 17, 2011. We can expect the case against the Seaquarium to include the violations of AWA provisions intended to prevent harm, which is expressly prohibited under the ESA.

There is yet another track to the legal strategy. Upon a request from ALDF, in July, 2014 the Occupational Safety and Health Administration fined the Seaquarium $7,000 and issued citations to prohibit trainers from getting in the water with Lolita during performances. The Seaquarium appealed the citation, so a hearing was scheduled for August 2015. OSHA hired John Hargrove as their expert witness to testify against the park. The hearing would have exposed decades of veterinary and other records to public scrutiny, but the Seaquarium dropped their appeal on June 1 and agreed to keep trainers out of the water. This was the first legal action to have a real effect on the Seaquarium, but stay tuned for more.